Canada: Not Really the Poster Boy of Foreign Policy

The Trudeau administration hasn't really made drastic changes to Canada's immigration policy, which is nearly as exclusionary as the US. 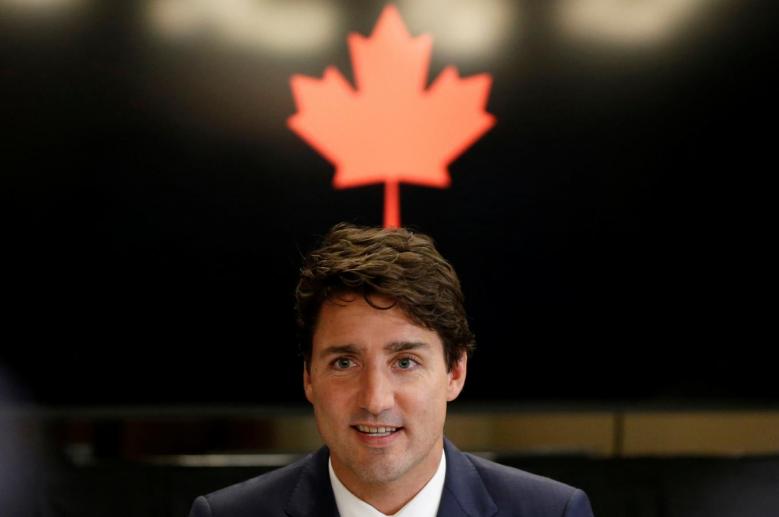 In light of the Muslim travel ban executive orders, I spoke with Syed Hussan[1] on the hidden violence of the Canadian immigration detention system and the Safe Third Country Agreement. This debunks the notion of Canada being the good boy as compared to the US.

What is the purpose of the Safe Third Country Agreement? Can you put it in context? How does it affect immigrants?

The Safe Third Country Agreement (STCA) is an agreement that allows Canada to refuse to process refugee claimants who have passed through another ‘safe’ country. Many organisations right now are calling for it to be rescinded. Currently, this agreement is only in effect with the United States. It was created after asylum seekers from the US were facing immigration raids post September 2001, and there was an increased influx of claimants into Canada. It was signed in December 2002.

The STCA does not apply to all asylum seekers coming from the US. It only applies to crossing through a land based port of entry, and even then there are other exceptions. Specifically, the STCA is intended to keep out poorer refugee claimants who do not have family in Canada and don’t have the resources or the documents to fly here and therefore must cross at a land port.

Trump’s election, and the ensuing Executive Orders targeting immigration has meant that hundreds of people are anxiously leaving the US, crossing the border on foot and away from port of entries because they can’t appear at a regular border crossing because of the STCA. In January 2017, 452 people claimed asylum at New York – Quebec border crossings — a 230% increase from January 2016. Approximately that many other people have crossed in other parts of the country. This is a critical spike because historically Canada doesn’t see unregulated border crossings. Most undocumented people in the country come here on visas or temporary permits and then overstay, which is starkly different from the way the migrants enter the United States and Europe, but also Pakistan, Lebanon, Turkey, etc.

With many parts of the country in deep winter freeze, individuals crossing the border have lost their fingers and toes to frostbite. Those arriving are being detained in many cases, and very importantly, at least in one case, a claimant has already been denied.

Thus even if the STCA was overturned, the rest of Canada’s exclusionary refugee system means that many asylum seekers from the United States would still not gain permanent resident status in Canada. Ending the STCA is one pressing legislative overhaul among many, as we organise to build mass social movements that can ensure freedom to move, return and stay.

What major changes have occurred in immigration law in the transition between Harper and Trudeau regimes?

Frankly, very little. Trudeau inherited an extremely exclusionary immigration and refugee system from Harper but has not changed much of it despite campaign promises.

Minor tweaks have been made in terms of changing the age of dependents that can be sponsored, giving some refugee claimants the healthcare that Harper had taken away, and promised changes to the citizenship bill, but the overall system, particularly the exclusionary refugee determination system and the temporary foreign worker program remains firmly in place.

The vast majority of migrants in Canada are on short-term permits which entail limited access to social services or employment, immigration and human rights.

You and your colleagues organise against the large scale numbers detained in immigration prisons. Can you say a bit about the trends and laws in place in Canada on immigration detention?

A third of all immigration detainees are jailed in maximum security provincial prisons. There is a system of administrative review of detention, called a Detention Review, that our research has proven is arbitrary and discriminatory.

Immigration raids are the norm, and police across the country actively participate in immigration enforcement by racially profiling, and vetting immigration status, through a process called “Status Check”.

There is no direct access to the courts. Framed as administrative law, the Federal Court must give permission, or ‘leave’, to detainee to request judicial oversight of their detention – this almost never happens.

At least 15 people have died in immigration detention since 2000 that we know of. Immigration enforcement does not release statistics or names of the dead. Deaths are increasing, with three people passing away since the current Prime Minister Justin Trudeau took power, just over a year ago.

Since September 2013, immigration detainees in just one provincial prison have gone on multiple hunger strikes. In coordination with those on the inside resisting their indefinite imprisonment, I work with a coalition of organisations calling for a 90 day limit on detentions, an end to maximum security imprisonment, and the overhaul of the judicial review process as initial steps to ending all immigration detention.

There is a new addition to the Citizenship Act, is that so? Could you say what it is and how it impacts immigrants or prospective immigrants?

Canada is in the process of border integration with the United States, consolidating Fortress North America. Most recently, under a new law currently being debated in parliament, armed US border guards would be able to detain Canadian citizens inside Canada.

If this law passes, Canadian border officials would now be posted inside the United States. There, they could bar a Canadian permanent resident from boarding onto a plane. In effect, the key right of return for permanent residents is being revoked. Once enshrined into law, it can be expanded to any region of the world.

This is part of a broader process of citizenship rescinding and reducing permanent residency and citizenship rights that is taking place across Europe and Australia. Primarily these have been targeted against ‘dual citizens’ or individuals that could access a second citizenship, and have been passed following attacks in these countries.

And one last thing, what do you make of the trend of private sponsorship of refugees in recent times?

On one end, private sponsorship can be considered a form of mutual aid where individuals can directly assist others trying to find safety without being limited or restricted by states – which are often reactionary.

In practice, however, governments and states very much control the private sponsorship of refugee process, imposing quotas and determining which ethnicity, nationality or religion on any given day can be ‘sponsored’. Canada’s private sponsorship of refugees from Syria, for example is capped at 1,000 applications per year, a quota that was filled in the first few weeks of January.
Private sponsorship is often what families are turning to bring over their relatives trapped in other countries where the government in the North is failing to do so. In situations where it is non-family members, the sponsorship arrangements vary. In many cases, they are positive. In some, issues of racism, sexism, Islamophobia, and migrants trapped in small towns without community connections have arisen.

Many are also concerned that private sponsorship is a downloading of state responsibility – that while states, and corporations profit from war, environmental destruction and economic sanctions that push people to flee their homes in the first place, the state is no longer taking responsibility for resettling some of them.

In general, state sponsored or privately sponsored refugee resettlement in the Global North makes up a very small percentage of actual refugee movement. The vast number of migrants and refugees remain the Global South and are making it on their own with very little government or even NGO support.

Atreyee Majumder is an anthropologist currently based in Toronto.

Syed Hussan is a writer/activist who has worked extensively on the rights of the undocumented in Canada.

This article was orginally published on Socio-Legal Review.