Among voters of Indian origin – and particularly older men – there was significantly more support for Brexit than among other minority communities. 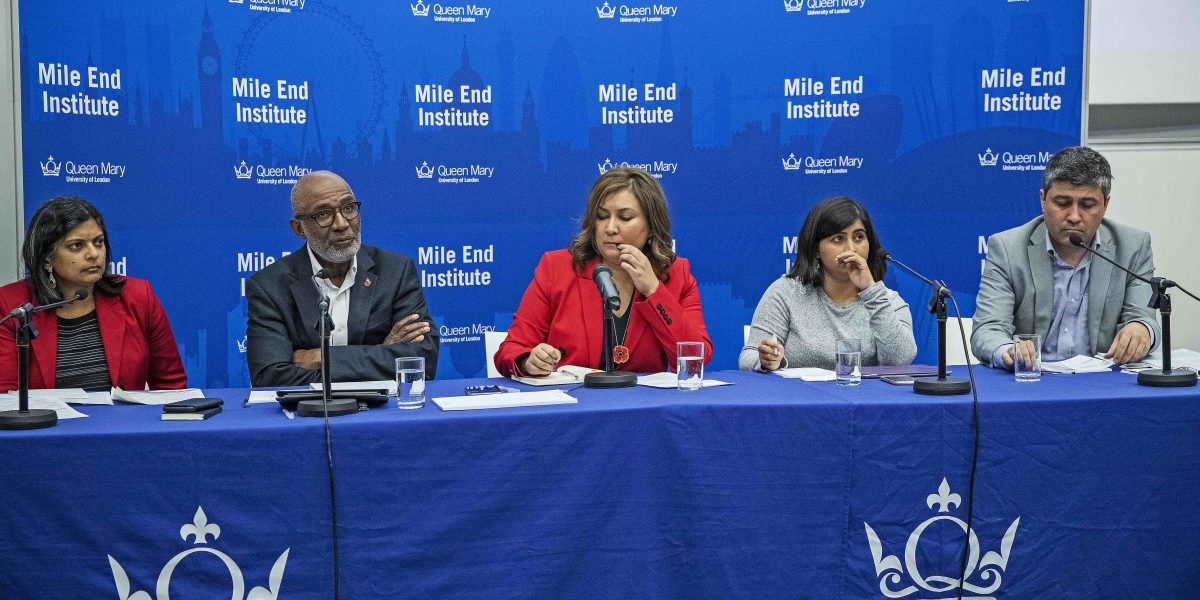 “Fundamentally, I’m just not a European,” Tarun Yadav insists, in explaining why he supports Brexit. He was brought up in England, describes himself as a Londoner, speaks Hindi and Punjabi, and is a ‘diehard’ supporter of India on the cricket pitch. He’s both British and Indian – just don’t call him European.

Yadav came along to a discussion this week hosted at Queen Mary, part of the University of London, about Brexit and Black and Asian Britain – a subject hardly discussed during the referendum campaign or since. It’s well over two years since Britain surprised itself by voting to leave the European Union. By the end of March, the UK will no longer be part of the EU – though fully disentangling from European institutions will take a lot longer. No one fully knows what form Britain’s departure from the EU will take – whether a sharp, clean break, or a gentle metamorphosis into a less formal but still close association. Whatever the fine print, the political and economic tremors are likely to be felt for a generation or more.

The conventional wisdom is that almost all of Britain’s eight-million members of ethnic minorities are keen to stay in the European Union. Why would they want to side with the amalgam of Little Englanders, xenophobes and anti-immigrant reactionaries who constitute a significant part of the pro-Leave ranks? But it’s not that simple.

Detailed research on the referendum outcome, supplemented by opinion surveys, confirms that Black and Asian voters came out more than two-to-one in favour of staying in the European Union. But their turnout in the referendum was much lower than among the general population. Neema Begum, an academic who has looked closely at how Black and Asian Britain voted and one of the speakers at Queen Mary, believes that many supported Remain not as an endorsement of the European Union but out of distaste for the anti-foreigner undertow evident in the Leave campaign.

Also read: No Deal? Seven Reasons Why a WTO-Only Brexit Would Be Bad for Britain

Drilling down into the detail, a surprising pattern emerges. Among voters of Indian origin – and particularly older men – there was significantly more support for Brexit than among other minority communities. “From my fieldwork, I got the sense that a strong British identity – as opposed to European – was a factor in Indian support for leaving the EU,” Begum told The Wire. “Indian businessmen wanted to see greater trade between the UK and India. Moreover, Indians tend to be more middle class and better off, so they may feel in a better position to absorb any adverse economic effects of Brexit.”

As if to underline the point, the most prominent British politician of Indian origin, the Conservative former cabinet minister Priti Patel, is an outspoken Brexiteer. She has argued that leaving the European Union will give Britain the opportunity to boost commercial links with India and other trading partners beyond Europe’s boundaries.

Among those attending this week’s discussion, most of whom were pro-Remain, several expressed dismay that Britain’s membership of the EU had given nationals of member countries rights to live in Britain, which were increasingly denied to Commonwealth citizens. One migrant from India who didn’t want to be named – a banker and IIT and IIM graduate – recounted how he moved to Britain ten years ago and has found the country ‘very hospitable’. But he had been angered by the thousands of pounds and lengthy procedures required to secure a visa for his wife, who is herself highly qualified and now in a well-paying job. “When we see people coming in from Europe without restriction to take up low paid jobs, it makes us feel not welcome here,” he complained. This sense that membership of the EU has given advantages to Eastern Europeans at the expense of established ties with South Asia has fuelled pro-Brexit sentiment.

“Don’t underestimate the indifference of Black and Asian British towards Europe,” declared Sunder Katwala, another of the speakers at Queen Mary and director of the think-tank British Future. “Minorities are natural Eurosceptics.” A commitment to greater racial equality is not on the agenda in much of the rest of Europe, Katwala argued, pointing out that fully half of all non-white Members of the European Parliament represent British constituencies. Once Britain leaves the EU, just 1% of MEPs will be non-white.

Also read: With the Rise of Borders at Home and Abroad, the Writing Is on the Wall

One arguably positive outcome of the referendum result is the eclipse of the UK Independence Party, the right-wing populist party which campaigned aggressively for Britain to leave the EU. In the past couple of years, deprived of its anti-EU rallying cry, UKIP has lost almost all of its membership, support and political credibility. It has no representation in the House of Commons and no prospect of winning a seat in parliament. The wave of support for the far right across much of Europe is much less evident in Britain.

The increasing influence of racist parties in several European nations – including the big two, Germany and France – is, as even ardent Remainers concede, a disincentive to Black and Asian support for the EU. Trevor Phillips, one of Britain’s best-known Black public figures and a former head of the Equality and Human Rights Commission, was on the board of the Remain campaign. He says he would vote Remain again if the opportunity arose, but concedes that for many in the Black and Asian community, continued EU membership doesn’t always look an attractive option.

After all, why should Britain’s ethnic minorities want to embrace a Union where, in about half of member countries, the extreme right is either in government or a powerful opposition force?

Andrew Whitehead, a former BBC India correspondent, is an honorary professor at the University of Nottingham.