BRICS and COVID: Rising Powers in a Time of Pandemic

Four of the five countries worst affected by the coronavirus are from the BRICS grouping – Brazil, Russia, India and South Africa – while China is where the pandemic started. As it turns out, the five share much more than just a vulnerability to disease.

This is the first in a six-part series that will look at how the COVID-19 pandemic is playing out in the BRICS countries. Tomorrow: Russia.

By now we know that wherever it has appeared, the SARS-CoV-2 virus seeks out and travels along all of the known and concealed fault lines in society, that regime responses are shaped by existing politics but often assume a more extreme form, and that the conditions of fear and isolation make democratic mobilisation extremely difficult. While this is true for all countries, there is some logic to looking at the five BRICS members together.

For some time now, discussions about global political and economic change have been centred on the role played by the so-called rising powers in the world-system – and the BRICS countries (Brazil, Russia, India, China, and South Africa) in particular. For some, the rise of the BRICS countries heralded the coming of a post-western world in which Euro-American hegemony in the world-system is a thing of the past. For others, the emergence of the rising powers was propelling a new development model that departs from neoliberal orthodoxies by bringing back public welfare and active state intervention in the economy. “Not since the days of the Non-Aligned Movement and its demand for a New International Economic Order in the 1970s,” Radhika Desai argued in the context of the 2013 BRICS summit in Durban, “has the world seen such a co-ordinated challenge to western supremacy in the world economy from developing countries.”

However, the BRICS countries are hardly a homogenous bloc. On the contrary, the grouping is arguably frayed by divergent economic and political trajectories. What is more, the narrative of a ‘rising South’ jars with the reality of how the growth processes that have fuelled the rise of the BRICS are shot through with economic and political fault lines. First of all, the emergence of the rising powers has been coeval with the surfacing of a new geography of global poverty, in which more than 70% of the world’s poor now live in middle-income countries. Indeed, impressive growth rates notwithstanding, the southern BRICS countries (Brazil, India, China, and South Africa) are home to more than 50% of the world’s poor.

Persistent poverty is closely related to very deep and, in most cases, widening inequalities. South Africa is, of course, a case in point here – recent research shows that the top 10% earn 65% of all income and own 85.6% of all wealth – but other BRICS countries follow closely behind. In Russia, for example, the top decile of wealth holders controls 77% of all household wealth, a level of inequality that is equal to that of the US, while in India also the top 10% of the population holds 77% of the total national wealth. What these numbers reveal is the fact that, in the BRICS countries, large numbers of people are relegated to the margins of current growth processes as a result of a lack of access to secure and decent livelihoods, absence of basic social protection and essential public services, and exclusion from established political processes.

The diversity of locations in the global political economy included in the BRICS countries, together with the similarity of the broad trends outlined above, make for a compelling set of comparisons in relation to the political economy of a pandemic at this time of world system shifts and contestations. Above all else, the COVID-19 pandemic and the ensuing economic shutdown have laid the fault lines of current growth processes abundantly bare. Indeed, new research shows very clearly that poverty is set to rise dramatically in the global South, and this is directly related to the deeply precarious nature of work and livelihoods. The articles in this series explore three dimensions of the crisis across the BRICS countries. 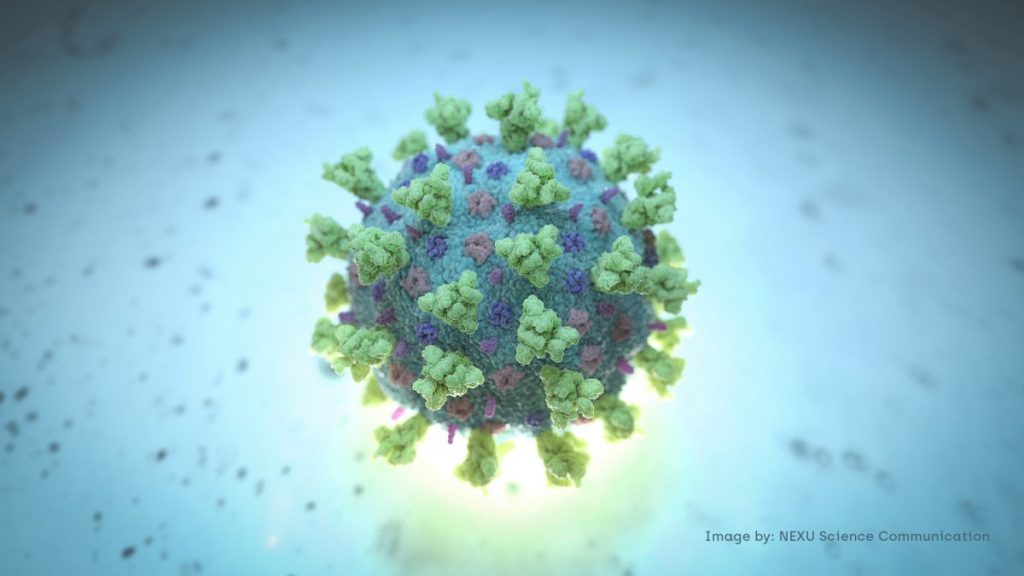 Firstly, the pandemic creates a new political situation in each of these countries, which presents governing regimes with challenges and opportunities as they navigate the complex interface between public health measures and economic measures. How well do they do this, do they emerge strengthened or weakened? Does the crisis present challengers with new opportunities? Does it provide regimes with the opportunity to increase repression?

We demonstrate that in all these cases the pandemic has provoked a more extreme version of existing regime politics.

For example, China’s initial attempts to conceal the outbreak followed by an extraordinary mobilisation of resources to contain it is consistent with its interests as an emerging superpower whose internal legitimacy and external stature rests on its technocratic prowess in delivering economic growth, the safety of citizens, and preventing dissent.

South Africa’s recent return to neoliberal orthodoxy dictated its adoption of a ‘global best practice’ lockdown tailored for the wealthy societies of the West rather than its own fractured society and state, and then abandoned this for a shambolic reopening of the economy which may weaken President Cyril Ramaphosa.

Right-wing nationalist regimes have fared worse. Brazil’s Jair Bolsonaro has attempted to deny the existence and seriousness of the pandemic with devastating consequences for those he hopes to crush, and his growing isolation from the elites. In India, Narendra Modi has used the crisis to consolidate his Messiah-like image in the public sphere, and there is much that suggests that this has at least been partly successful. In Russia, similarly, it is unlikely that the pandemic will destabilize Vladimir Putin’s rule in any substantial way.

Also Read: Need to Support Businesses to Tide Over Impact of COVID-19: India at BRICS

Secondly, how does the pandemic affect the dominated classes? It does, of course, have a devastating impact on livelihoods. In fact, in all of the BRICS countries the working poor, precarious and informal workers and unemployed have to bear the brunt of both the pandemic itself, and economic devastation. However, the question is also whether or to what extent these scenarios lead to relief measures and expanding welfare initiatives from above, or whether the crisis is characterised by brutal indifference to the suffering of the poor.

South Africa’s response was to allocate resources for grants and food parcels for the poor and retrenched workers, but state institutions broken by 10 years of corruption failed to deliver. The Modi regime in India has systematically disregarded the needs of the country’s most vulnerable citizens. The result has been nothing short of a humanitarian crisis. In Brazil, public pressure forced Bolsonaro to order financial relief for the poor, but his brutal indifference to the pandemic is devastating poor communities. In Russia, many vulnerable groups are falling through the cracks of a limited welfare system, and voluntary efforts are unlikely to remedy these shortcomings. In China, the regime’s systematic response appears to have protected its citizens, but the comprehensive control over information means it is difficult to tell the situation on the ground, and particularly in the repressed populations of Tibet and Xinjiang. 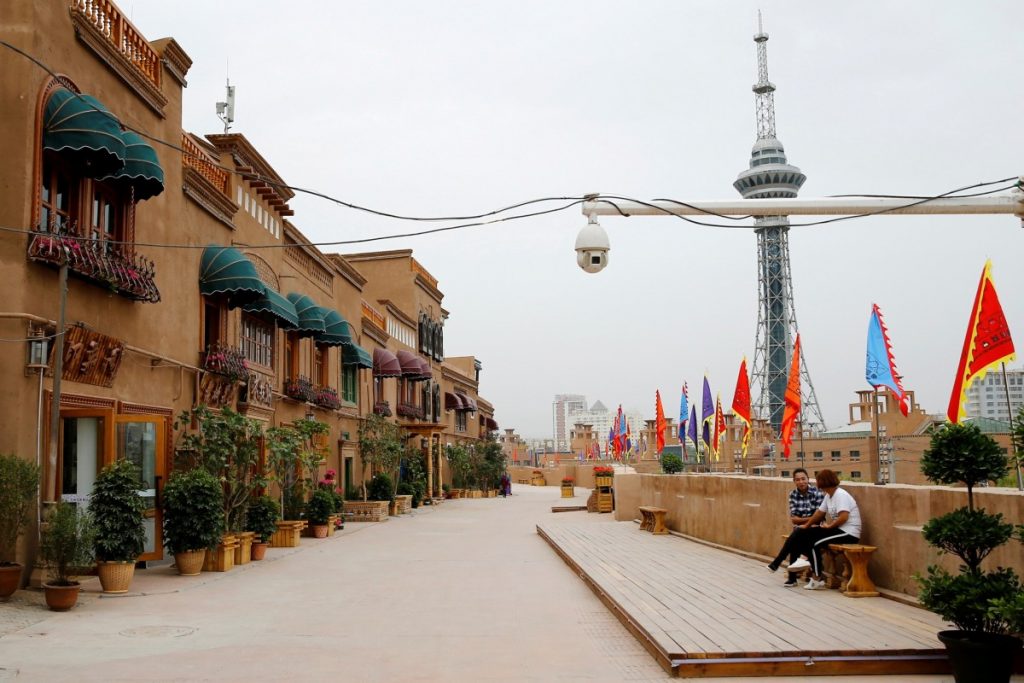 This takes us to our third dimension: what is the popular response to this crisis and the politics of the regime? Do old and new movements and popular initiatives respond in innovative ways to the crisis? Do they focus on mobilising relief for the poor and marginalised communities? Do they attempt to work with the regime or challenge its responses? To what extent do new demands emerge from below in response to popular desperation?

In India, there have been scattered protests by desperate migrant workers and extensive relief work by activist and civil society networks, but little by way of sustained organised protest, given the repressive conditions of the lockdown.

South Africa, in contrast, has seen vibrant organising and mobilising at local levels but unable to achieve the kind of national coordination activists aspire to.

In Russia, protests against the government’s handling of the pandemic have taken a variety of forms, ranging from online live-streams to mass gatherings, while Russian authorities have responded with a mix of co-optation and repression.

In Brazil, movements and activist networks have organised mutual solidarity, educating, organising food supplies, and demanding healthcare, but with no connection to or response from left-wing parties or Bolsonaro.

The Chinese government tolerated the efforts of volunteers to support health workers in China, but has tightened its repressive control of the Internet, information, and the revolt in Hong Kong, where activists and the general public provided a coordinated response to the pandemic in the face of its battered authorities’ inaction. 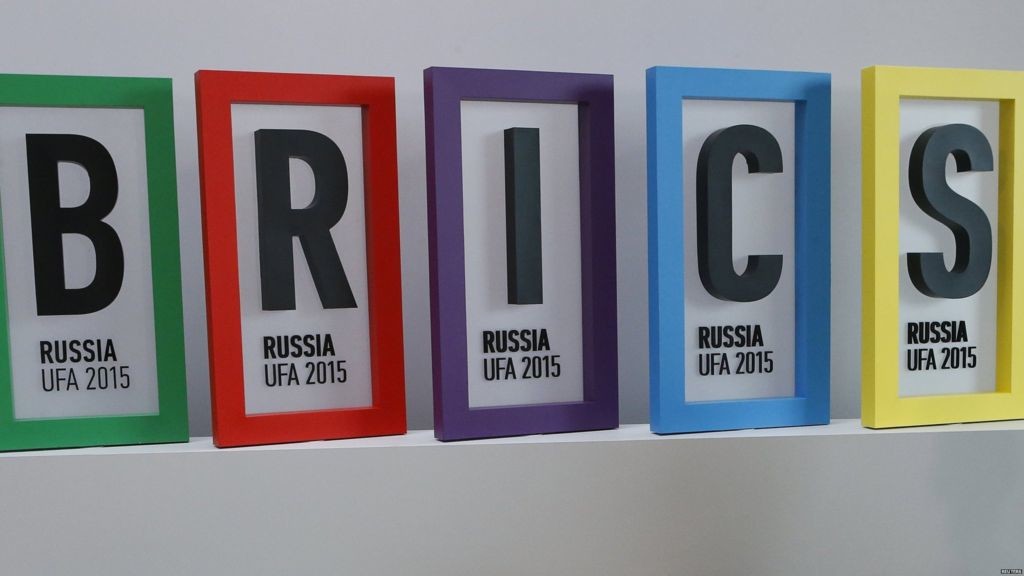 What the contributions in this collection of articles bring out, then, are the many ways in which the COVID-19 pandemic has deepened existing fractures and fault lines in the political economies of the rising powers in the world-system. And significantly, this complex and contradictory scenario will also be the terrain upon which social movements will organise and mobilise for years to come. Whether or not these movements will be able to chart out alternative developmental pathways that are less unequal and less precarious than those which the BRICS countries have pursued so far, of course, remains to be seen.

What is clear, however, is that this is a moment in which it is imperative to raise an array of critical questions about the nature of growth processes in the BRICS countries. This is necessary both in order to unsettle those narratives that too easily and one-sidedly see the rise of the BRICS as a progressive shift in the world-system, and – to paraphrase the British cultural theorist Raymond Williams – to make hope practical, rather than despair convincing. We hope the perspectives offered in this collection go some way towards that end.

Alf Gunvald Nilsen is professor of sociology at the University of Pretoria; Karl von Holdt is at the Society Work and Politics Institute, University of the Witwatersrand, Johannesburg.

This collection of articles comes out of a collaborative project comparing neoliberal politics and social movement responses in the BRICS countries, generously supported by the National Institute for the Humanities and the Social Sciences (NIHSS) in South Africa.