Brazil’s Foreign Policy Today is a Violation of Its Constitution

Despite our distinct political trajectories and opinions, we, who have all held high positions in the sphere of international relations in various governments of the New Republic [the post-military regime democratic period since 1985], express our concern with the way in which the country’s foreign policy has systematically violated the guiding principles of Brazil’s international relations as defined in Article 4 of its 1988 constitution.

An innovative document in this sense, the constitution states that Brazil “is governed in its international relations by the following principles: I- national independence; II- respect for human rights; III- self-determination of peoples; IV- non-intervention; V- equality between States; VI- defence of peace; VII- peaceful resolution of conflicts; VIII- repudiation of terrorism and racism; IX- cooperation between peoples for the progress of humanity; X- granting of political asylum”.

It furthermore states that “The Federative Republic of Brazil will seek the economic, political, social and cultural integration of the peoples of Latin America with a view to forming a Latin American community of nations.”

Comparing the principles of Brazil’s constitution with the [current] government’s actions in the realm of foreign policy reveals that the latter contradict the former in both letter and spirit. True national independence cannot be reconciled with subordination to a foreign government whose explicit political strategy is to promote its own self-interest above all other considerations. A government that declares itself a steadfast ally of that country relinquishes its own independence. In doing so, the current administration embraces an agenda that threatens to drag Brazil into conflicts with nations with which we maintain relations of friendship and mutual interest. Furthermore, it departs from the universalist principle of Brazilian foreign policy and its ability to open dialogue and build bridges with different countries, developed and developing ones, for our own sake.

Also Read: A Brazil Beyond Bolsonaro

Some other examples of recent contradictions with the provisions of the constitution include the following: support for coercive measures in neighbouring countries, violation of the principles of self-determination and non-intervention; vote in the United Nations for the imposition of a unilateral embargo in violation of the rules of international law, equality of states, and peaceful resolution of conflicts; endorsement of use of force against sovereign states without authorisation from the UN Security Council; official approval of political assassination and vote against resolutions by the Human Rights Council in Geneva to condemn the violation of such rights; defence of the policy of denying indigenous peoples the rights guaranteed to them in the constitution; disregard for issues such as discrimination on grounds of race and gender.

In addition to contravening the constitution, the current foreign policy has imposed serious costs on the country, such as the collapse of external credibility, loss of markets, and capital flight. This damage will undoubtedly prove difficult to repair. 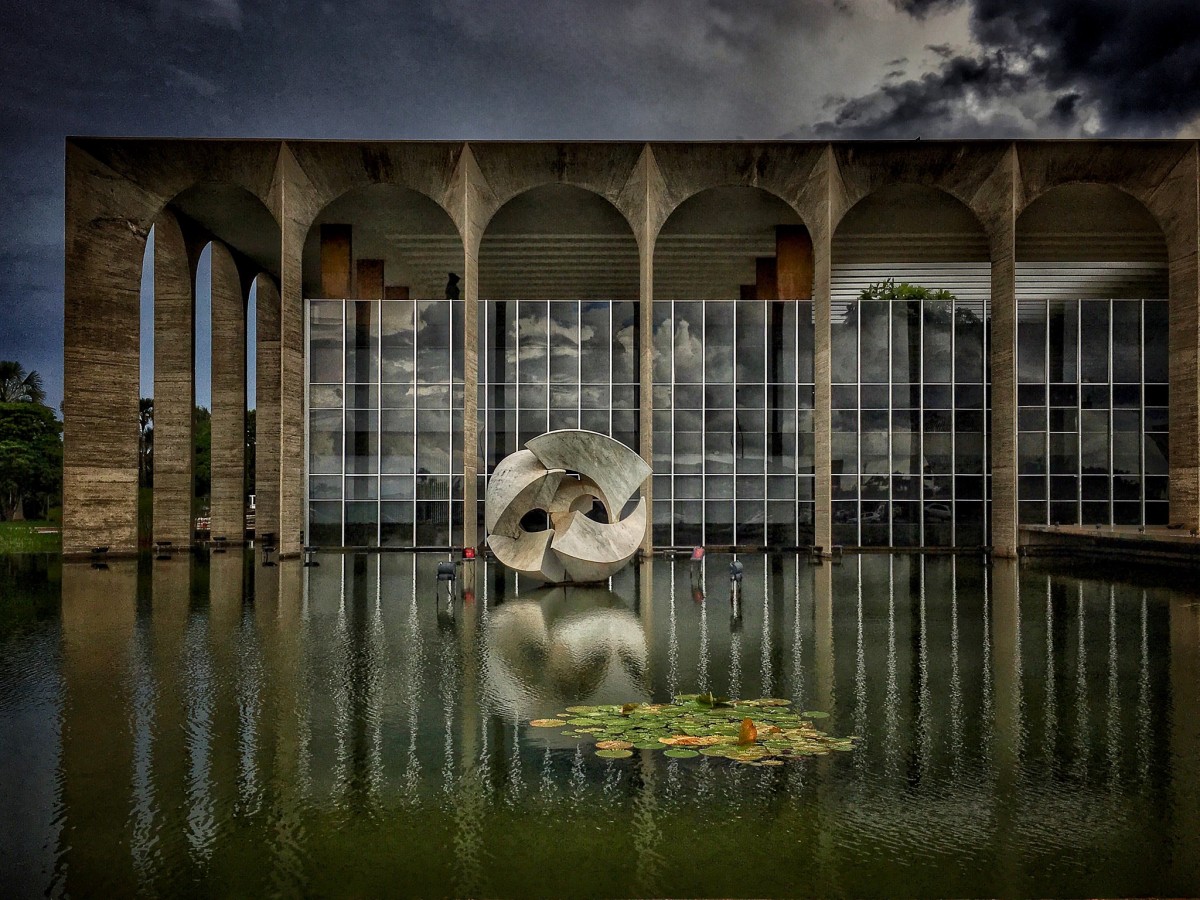 Admired in the realm of environmentalism since Rio-92 and long viewed as a leader in sustainable development, Brazil now figures as a threat to itself and others due to the ongoing destruction of the Amazon and the worsening of global warming. Brazilian diplomacy, traditionally recognised as a force for moderation and balance at the service of consensus building, has become a subordinate player to an aggressive and dangerous unilateralism.

In Latin America, the nation has shifted from an advocate for regional integration to a supporter of interventionist adventures, giving way to extra-regional powers. We have given up the ability to stand up for our interests by collaborating to deport Brazilian workers from the United States in inhumane conditions. We have done so once more by deciding to withdraw all Brazilian diplomatic and consular personnel from the neighbouring country of Venezuela for purely ideological reasons, leaving behind helpless Brazilian nationals residing there.

In Western Europe, we now antagonise important partners, such as France and Germany, in practically all fields. The current course of anti-diplomatic action distances Brazil from its strategic objectives by alienating nations that are essential to the implementation of the government’s economic agenda.

The grave health crisis posed by COVID-19 further revealed the ineffectiveness of the current Ministry of Foreign Affairs and its counterproductive role in helping the nation gain access to medical products and equipment. The sectarianism fuelling otherwise inexplicable attacks on China and the World Health Organisation, coupled with the disrespect for science and the insensitivity to human lives demonstrated by the [current] president of the republic, has made the government an object of international derision and disgust. At the same time, it has also jeopardised the efforts of governors seeking to import products that are desperately needed to save the lives of thousands of Brazilians.

Also Read: ‘Operation Gideon’ a Flop But Its Producers in Washington Will Keep Targeting Venezuela

Rescuing Brazil’s foreign policy will require a return to constitutional principles, rationality, pragmatism, a sense of balance, moderation and constructive realism. In this process of reconstruction, it will be incumbent on the judiciary – guardian of the constitution — and the National Congress — representative of the people’s will – to fulfil their role by ensuring that diplomatic actions truly abide by the principles laid out in the constitution.

In order to respond to the yearnings of our people and the real needs of Brazil, foreign policy needs to elicit broad support in terms of opinion. It must be collaborative, with respect and consideration for all sectors of society. It also requires the engagement of our diplomatic corps at the service of the country toward a state policy rather than partisan actions aimed at arousing spirits and exacerbating the prejudices of a reactionary minority. We offer our sympathy and decisive support for diplomats who have been humiliated and embarrassed by positions that clash with the best traditions of the foreign ministry.

Reconstructing Brazilian foreign policy is urgent and indispensable. By leaving behind this shameful page of subservience and irrationality, let us once again place at the centre of diplomatic action the defence of our independence, sovereignty, dignity, and national interests. Let us embody once more all the values, including solidarity and the search for dialogue, that have helped build the heritage and boost the pride of the Brazilian people.

Hussein Kalout is a former Special Secretary for Strategic Affairs for the Presidency of the Republic (2017-2018).

The English version is published in The Wire with the permission of the authors to reach a wider international audience.