Following revelations that a Singapore-based company raised an invoice of $45 million for advance payment, Senators call the vaccine deal a huge corruption scheme in which money was made at various levels of government. 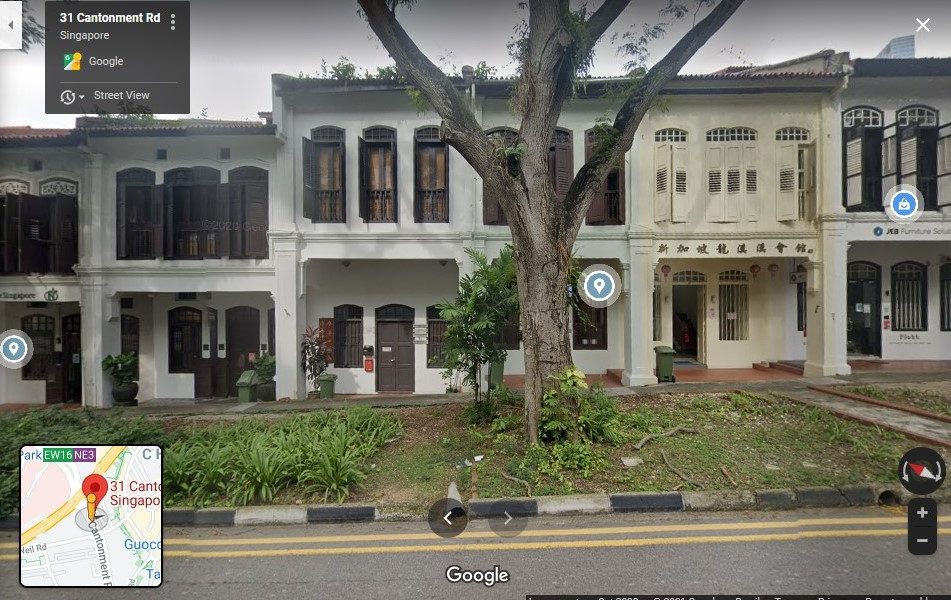 A street view of 31, Cantonment Street in Singapore, the address of Madison Biotech PTE LTD. The two-storey building has some 10 other companies registered at this address.

Sao Paulo: An investigation into the price of Covaxin, Bharat Biotech’s COVID-19 vaccine, is snowballing into a major corruption scandal that may rock the government of President Jair Bolsonaro in the coming weeks and months.

The Parliamentary Commission of Inquiry (CPI), which began its work in April with a mandate of looking into the “acts of omission and commission” by the Bolsonaro government, is now single-mindedly probing the contract for 20 million doses of Covaxin. Senators are investigating if the contract was opaque and the vaccine too expensive, amid new accusations that a Singapore-based company raised an invoice for advance payment $45 million on behalf of Bharat Biotech. Senators leading the probe believe this firm to be a shell company whose registered address had earlier cropped up in the Paradise Papers leak by the International Consortium of Investigative Journalists.

A day after it was revealed that Ricardo Miranda, the former chief of the import division at Brazil’s ministry of health, faced “intense pressures” from a confidante of former health minister Eduardro Pazulleo to push forward the import of Covaxin, it was reported on Wednesday that the official had personally met with Bolsonaro on March 20 to apprise him of “irregularities” in the purchase of the Indian vaccine.

In an interview to O Globo newspaper, Miranda alleged that he met the president after refusing to “approve an invoice for an advance payment of $45 million” to a Singapore-based company, Madison Biotech, for the vaccines made by Bharat Biotech and negotiated by a Brazilian firm, Precisa Medicamentos.

The meeting between Bolsonaro and Miranda came to light on Tuesday when the latter’s brother, Luis Miranda, who is a federal deputy, revealed that they both met the president at his residence and showed him the documents about a “request for payment outside the contract” to import the vaccine in three batches with a date close to expiration of the contract. Had he cleared the invoice, Miranda told O Globo, the company would receive an “advance payment of $45 million for just 300,000 doses”, in complete “violation of the contract”.

The invoice for advance payment, as alleged by Miranda, would have gone to Madison Biotech PTE Ltd., a company based in Singapore. The payment to a third party in place of Bharat Biotech or its Brazilian representative Precisa Medicamentos would have been completely illegal, said Miranda in the interview. “This company [Madison Biotech] is totally different from the names in the contract, something that is not legal because if you have a contract signed with a supplier, you can’t pay to a third-party that you are unaware of,” Miranda said. 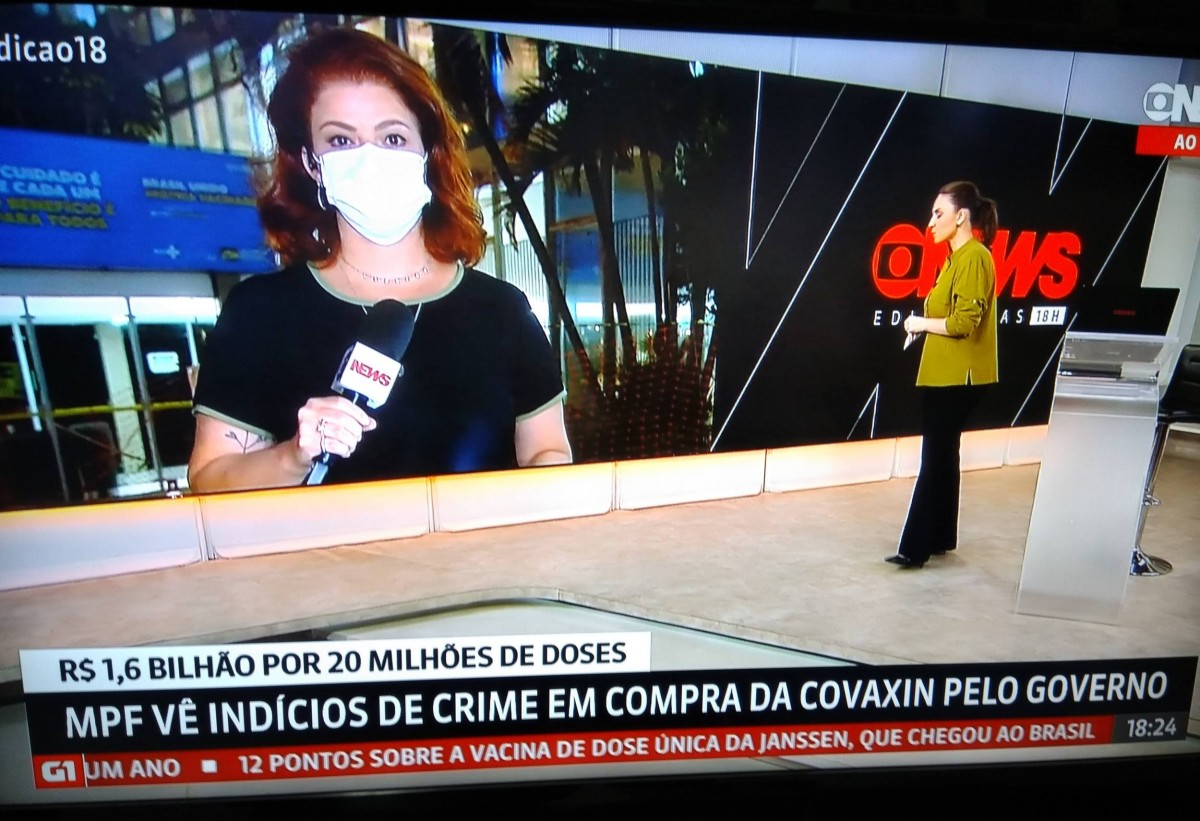 The Covaxin contract story has been playing in the Brazilian media like a criminal investigation with new revelations coming out on daily basis.

Following Miranda’s complaint about him being put under pressure to speed up the import of Bharat Biotech’s vaccine, the senate commission has asked him to appear before it as a witness on Friday (June 25). In the past few days, the nature and tack of the investigation has changed as the senators are now treating the Covaxin contract as a multimillion-dollar corruption scheme by the Bolsonaro government in the middle of the pandemic.

At the heart of the scandal is the decision to purchase Covaxin at $15 a dose when other suppliers, notably Pfizer, were offering much lower prices.

With the country’s streets raging with anger and explosive revelations accusing the government of corruption in medicine and vaccine deals, the Bolsonaro government has been under siege. But, on Wednesday evening, just 36 hours before the Miranda brothers appear at the senate, the government ordered a federal police investigation into Luis Miranda for making statements alleging that he had warned the government about irregularities and that he had been under pressure involving the Covaxin vaccine.

Appearing before the media on Wednesday evening, Onyx Lorenzoni, the chief of the presidential secretariat, announced that the government would institute a “disciplinary proceeding” against Luis Miranda and propose to the attorney general’s office that the federal deputy and his brother Ricardo be investigated for allegedly tampering with documents. According to Lorenzoni, the document presented by Miranda to point out possible irregularities was tampered with. “There is no irregularity. It is the correct work that was done by minister Pazuello,” said Lorenzoni.

At the media appearance, where Lorenzoni took no questions, he and a special advisor in the secretariat, Elcio Franco, presented a slide to show that Madison Biotech Pvt Ltd is a “supplier to Bharat Biotech and is regularly used by the company for international negotiations”.

In the slide titled “Madison is a logistics supplier of Bharat Biotech”, they showed an image of a Letter of Declaration from Bharat Biotech International Limited (BBIL) which pledges and undertakes that: “BBIL and Madison Biotech PTE Limited (MBPL), a company incorporated as per laws of Singapore having its registered office at 31, Cantonment Road, Singapore, entered into a Supply Agreement authorizing MBPL to supply and distribute BBIL’s Manufactured Products to various channel partners and entities in different regions and territories.”

“In, Lieu of the above declaration, all channel partners and entities are requested to accept Invoice raised by MADISON BIOTECH PTE LTD, for every Product supplied and distributed,” says the undated letter which is signed by Venkataram S.H., the company’s associate vice president–international business. 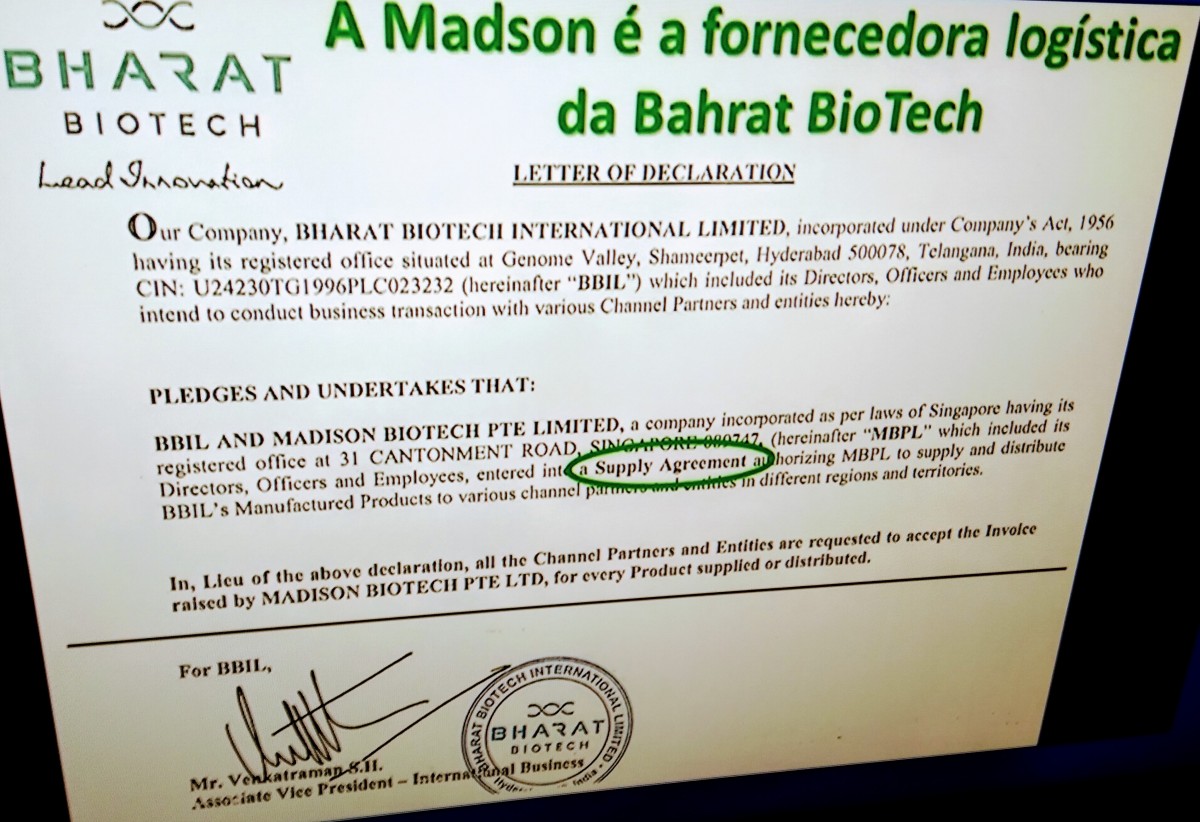 A TV screenshot of Bharat Biotech’s letter presented as a slide by government officials on Wednesday to show that the Singapore firm is a supplier of the Indian company. The undated letter doesn’t say if Madison is a subsidiary of the Indian pharma giant.

If the purpose of Lorenzoni’s statement was to assert the government’s position, it doesn’t seem to have made much impact. Soon after his media appearance, the senators leading the probe appeared on various TV channels furiously telling the government in very strong words to not interfere in the investigation. “The statement by the chief of the presidential secretariat [Lorenzoni] is criminal because he is interfering in the investigation and coerces the witness. The CPI will summon him as a result of this and if he continues to coerce the witness, we will request his arrest so that these people understand that it is necessary to respect the institution of the CPI,” said Senator Renan Calheiros.

Speaking on a Brazilian TV channel, the vice president of the parliamentary commission, Senator Randolfe Rodrigues, said Lorenzoni “seems to try to obstruct the investigations” of the commission by putting pressure on the Miranda brothers who are scheduled to testify at the senate on Friday. “It has been exposed that in the middle of this contract (between Brazil’s ministry of health and Bharat Biotech) there is a third company called Madison Biotech and it was asking for an advance of $45 million. And the government’s response to this revelation is to investigate the person who complained and not investigate the complaint,” said Senator Rodrigues. “It is a gigantic corruption scheme in which people have made money at various levels of government.”

Responding to Lorenzoni’s assertion that Madison Biotech is a logistics supplier of Bharat Biotech, the senator raised a series of doubts about the Singapore company. “The statements by Lorenzoni and Franco can be taken to the CPI as a confession of guilt. This company … is headquartered in a tax haven in Singapore. It is not headquartered in the [Brazilian] national territory. It is a company that had already participated in a questionable scheme in Paraguay, according to Paraguayan newspapers, in the supply of Covaxin. They tried to do the same scam in Brazil,” the senator said. He also sought to tie the company to the “Panama Papers” scandal.

Senator Randolfe Rodrigues was probably referring to an article the El Independiente newspaper in Paraguay which had reported on April 30, 2021, that the comptroller general of the Paraguayan republic had “requested the Ministry of Public Health and Social Welfare for the details of the negotiations carried out with Madison Biotech PTE Limited”. The report had further said the Paraguayan government had been warned by diplomats that the Singapore-based entity could be a shell, or “briefcase”, company.

Madison Biotech Pvt Ltd was incorporated 0n February 2020 in Singapore. Its registered office is 31, Cantonment Road, Singapore, a location it shares with 10 other organisations and trading firms, some of which have now been dissolved. As the company was registered in Singapore only in 2020, its name could not have figured in the 2017-2018 Panama Papers, as Brazilian senators allege. But “31, Cantonment Road, Singapore” does appear as the address of a shell company in the “Offshore leaks database” of the International Consortium of Investigative journalists, which had carried the Paradise Papers and Panama Papers investigations – an expose of millions of financial and legal records that showed “crime, corruption and wrongdoing, hidden by secretive offshore companies”.

The contract for the supply of Covaxin doses to Brazil has become a scandal, with every aspect of the deal coming under suspicion and being questioned by the senate probe. It was revealed on Wednesday afternoon that the Brazilian government had reserved an amount of one billion reals ($200 million) for Precisa Medicamentos, subject to the supply of doses by the Indian manufacturer. “Now, we are informed that Madison Biotech asks for an advance of $45 million and it insists on taking it in American currency. This was found by the health ministry official and the government is now trying to persecute and intimidate him. There are two scandals here: first, the company called Madison Biotech is a shell company headquartered in a tax haven, and second it was being used as a front to receive an advance of $45 million,” said the vice-president of the commission.

Though the senators have been rather open and vocal about their line of investigation, sources in the national capital say more scandalous details will emerge when Francisco Maximiano, the managing partner of Precisa Medicamentos, appears before the panel, which is focused on the contract the Brazilian firm signed with the Indian company. Following the money from Brazil to India – and now through Singapore – the probe wants to find out, says a well-informed source, if bribes were paid in India and Brazil to make this deal. Supposed to appear at the senate on Wednesday, Maximiano excused himself on the ground that he was in quarantine as he has recently returned from India. Now, he is scheduled to appear before the panel next week, a development that may give CPI some more time to gather more information. “The only information regarding this negotiation with Covaxin that we don’t have is the contract between Precisa Medicamentos and Bharat Biotech,” said Senator Calheiros. “But on Friday afternoon we will have the testimony of the Ricardo Miranda and his brother. These testimonials will be critical,” added the CPI rapporteur.

With a new angle of a Singapore-based company added to the contract between the Brazilian government and an Indian pharmaceutical firm, the investigation into the Covaxin deal is poised dig out more dirt on Friday when the Miranda brothers appear at the parliamentary commission of inquiry.

This work by The Wire is licensed under CC BY-ND 4.0