Leaked messages have confirmed collusion between the prosecution and the judge in former Brazil President Lula's case. What happens next? The website The Intercept released a series of articles last Sunday which provides strong evidence that last year’s conviction and imprisonment of Brazil’s former president Lula da Silva was politically motivated. The articles are based on an enormous archive of internal communications conducted by prosecutors and judges that The Intercept received from an anonymous source. The Intercept says that they will be publishing many more articles as they proceed to analyse the archive.

Lula da Silva has been in prison for just over a year now, serving a 24-year prison sentence on corruption charges relating to the so-called Lava Jato, or Car Wash corruption investigation, in which the construction companies Grupo OAS and Odebrecht were at the centre. Lula was convicted shortly before last year’s presidential campaign, in which he was the leading candidate. It is generally believed that Lula’s disqualification from the race is what enabled far-right politician Jair Bolsonaro to win Brazil’s presidency.

Joining me now from Florianopolis, Brazil to discuss the latest revelations contained in The Intercept’s reporting is Mike Fox. Mike is a freelance reporter for The Real News Network, and for many other media outlets. Thanks for joining us today, Mike.

Michael Fox: Thanks for having me, Greg.

GW: So, the articles that were published in The Intercept raise two main issues with regard to Lula’s conviction and his presidential run last year. Let’s take them one at a time. Now, first there is the issue of how prosecutors tried to prevent Lula from giving an interview to Brazil’s largest newspaper, Folha de Sao Paolo. What is the revelation here, and what is the significance of what prosecutors did?

MF: Right. So, in September 28 of last year the Supreme Court ruled that Lula would be allowed to give this interview. Almost immediately thereafter, what we’ve seen from these telegram messages is that prosecutors in the Lava Jato task force kind of blew up, scheming for the next 24 hours about how they could possibly stop this. They called this mafioso, they called this ridiculous, insane. It was very clear about their political identification and what they were trying to do to in order to move to block this interview, for their fear that the Workers Party – this could kind of lift the Workers Party forward into the first round and into the second round elections to potentially win the election.

In the end, the interview itself was blocked by an appeal from Novo, one of the right-wing political parties. So they – and they were, again, they expressed that they were relieved in these, these telegram messages. So this is a very clear, one clear example, of a situation where these prosecutors were actively plotting to try and block as much as possible the Workers Party from potentially returning to power.

GW: So, the second issue that The Intercept articles highlight has to do with the evidence against Lula, and how the judge in Lula’s case, Sergio Moro, and the main prosecutor, Deltan Dallagnol, communicated with each other to make a case against Lula. Now, what did The Intercept find here?

MF: Right, so this is – this is potentially even more damning. It’s important to remember that the Brazilian justice system is very similar to the United States. A judge is supposed to be impartial. He accepts the information from the prosecution, and then from the defence, and makes his decision. But what’s clear from these telegram messages is that he was actually working hand in hand with the prosecutors in the case against Lula. What came out from here is he was, he was helping to collaborate. He was kind of making recommendations that Delton and his team should maybe reinvert the direction of the investigations that they were going onto.

At one point in the messages he says, you know, nothing’s happened for a month. You guys need to get moving. You guys need to get out in the street and continue these investigations. And so he was actually collaborating with the prosecution. There’s even one point which he says “we.” You know, we need to work harder. I don’t remember the exact quote that he used. But using the ‘we’ means that he is actually in collaboration with the prosecution’s case.

And he is himself supposed to be an independent judge. That’s what he always said. He always called himself impartial. And in fact, there was an interview that was tweeted out by Glenn Greenwald yesterday or today in which – it was a piece of a speech that he gave in which he said, listen, I’m completely impartial. I’m completely impartial in this situation. But here from these messages it becomes very clear that that is not the case. And this is not something that’s absolutely new. I mean, we’ve known around this in Brazil. Many people have known this for a very long time. But what’s so clear about this is it’s on paper.

We now see the messages and we see the collaboration. What you also have is a situation where Deltan Dallagnol, who’s the lead prosecutor with the task force, actually came out at one point in messaging with Sergio Moro, saying, listen, I don’t think there’s there’s enough evidence to convict Lula. And he was also concerned about the location, why Lula would be tried within the larger Lava Jato investigation; so why would it be Sergio Moro that would be trying him?

So this is another thing that became very clear within these messages, that even the lead prosecutor didn’t think they had enough evidence in order to be able to convict.

GW: And I think it’s also important to note that Sergio Moro himself, then, after prosecuting Lula – I mean, not prosecuting. Convicting Lula. He then went on to become a justice minister for Jair Bolsonaro. Which also, again, would not have been possible if Lula hadn’t been convicted. Or presumably wouldn’t, because Lula might have won the presidential election.

MF: Absolutely. And there’s a very – I think we’re going to see more about that specific point in the coming weeks. I mean, we know that The Intercept has only gone through roughly 1% of the total messages that they’ve received. So this is the tip of the iceberg. And Glenn Greenwald has alluded to the fact that they may have some information that even before the elections Sergio Moro had already spoken with Bolsonaro about this potential Minister of Justice position, and that he may have already accepted.

GW: Now, what have been the reactions to this in Brazil? No doubt, of course, Lula’s supporters feel vindicated. But what are his opponents saying about the revelations, and what has been the media’s reaction to it?

MF: Well, Sergio Moro obviously has come out defending himself. He said that A, on one hand, the leaks were made illegally; so they were acquired illegally, and that The Intercept should not have published it without naming who actually acquired the documents, the messages. And that has been kind of overall they’ve been talking about how since these leaks, since we don’t know who gave them, they’ve been really focusing on kind of the illegality of acquiring the leaks. Many other people; for instance, Bolsonaro’s own son Eduardo has come out and basically called them fake news.

He’s been talking about how he believes they may be manipulated, or just a move in order to try and taint the Bolsonaro government at a moment in which it’s fairly weak. Obviously there have been the very large protests that have been growing against the education cuts. We’ve got a general strike planned for this Friday. And so they kind of see within that context. 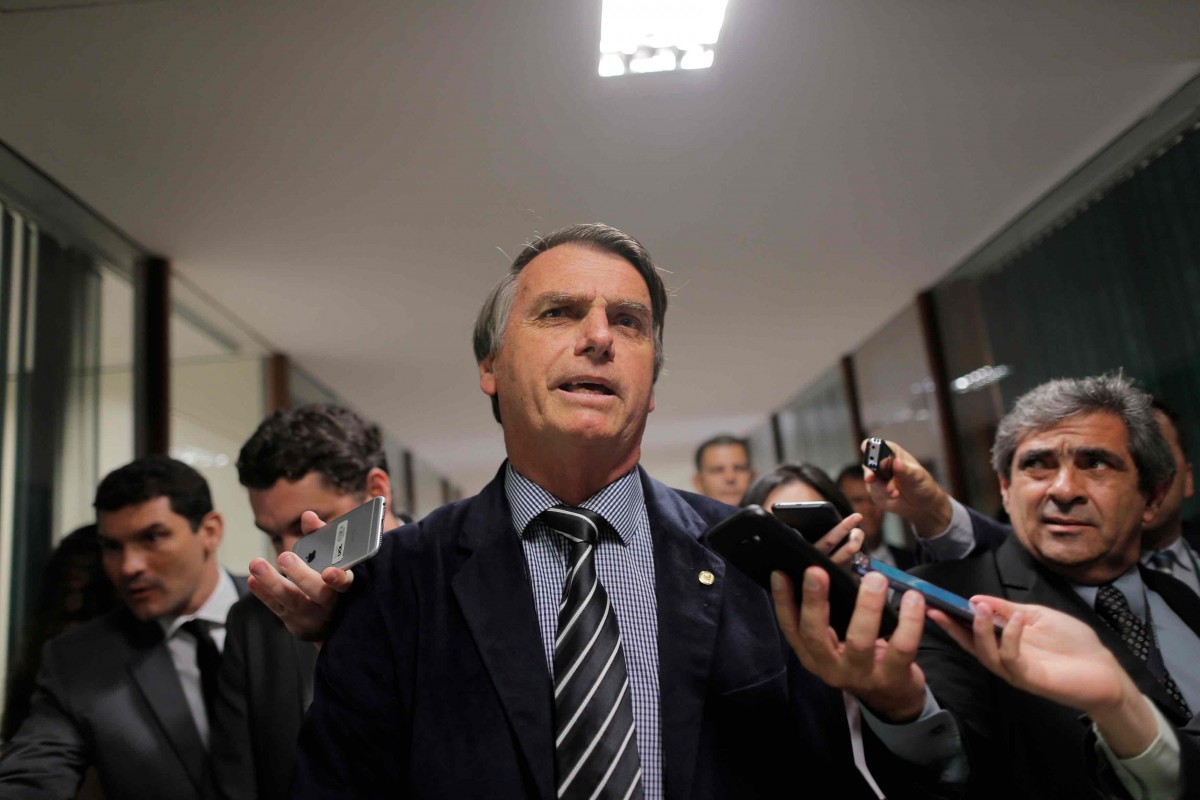 In that same – in the same interview, Eduardo Bolsonaro also admitted that he hadn’t read these leaks. And that’s been one of the things that’s come out. For the very first day, these were released on Sunday, and that very same day the Lava Jato prosecution team came out and basically confirmed that these were legitimate messages. They denied that they were scathing. They deny that they were in any, in way show that there was collusion between the prosecution and the judge in this case. But they – but they admitted that they were legitimate. And that’s one thing that a lot of people who are kind of Bolsonaro supporters, supporters of Judge Sergio Moro, have not been talking about.

And obviously the Bolsonaro supporters have been very, very vocal on on social media, defending the Lava Jato, defending the investigations, defending Sergio Moro, and defending Bolsonaro. It’s important to put into context how important Sergio Moro is for recent years in Brazil. This is the man who led the largest corruption investigation in the history of Brazil. And for the right he was very much seen as kind of a superhero. I mean, he was expected to be the man who would get the next post on the Supreme Court. And his name has even been floated for potential presidency for the 2022 elections.

Obviously in this case right now, as many analysts have been talking about, those chances are becoming extremely decreased, because Moro is – and this is what analysts are saying – is that he of everyone, of all kind of the scandal, the leaks that have come out of this, he’s the one who’s really become most wrapped up in this. And that means that they’re questioning his agenda as minister of justice. And I mean, even questions about the decisions he made while he was a judge at the head of this investigation. So this is really huge. And it goes across the board going back years.

GW: And so, finally, how do you think this might – is there any indication how this might influence Lula’s case, and possibly his appeals?

MF: It’s a great question. We have – just this morning one of the Supreme Court justices said that the evidence released in these leaks could potentially be used in order to question or overturn decisions by Judge Sergio Moro when he was a judge at the head of the Lava Jato investigation. So that is one very important detail. The Supreme Court is literally this afternoon supposed to be hearing a case, an appeal, over freeing Lula, over Lula’s case. So that’s something that’s coming up. We’re going to be watching very closely. 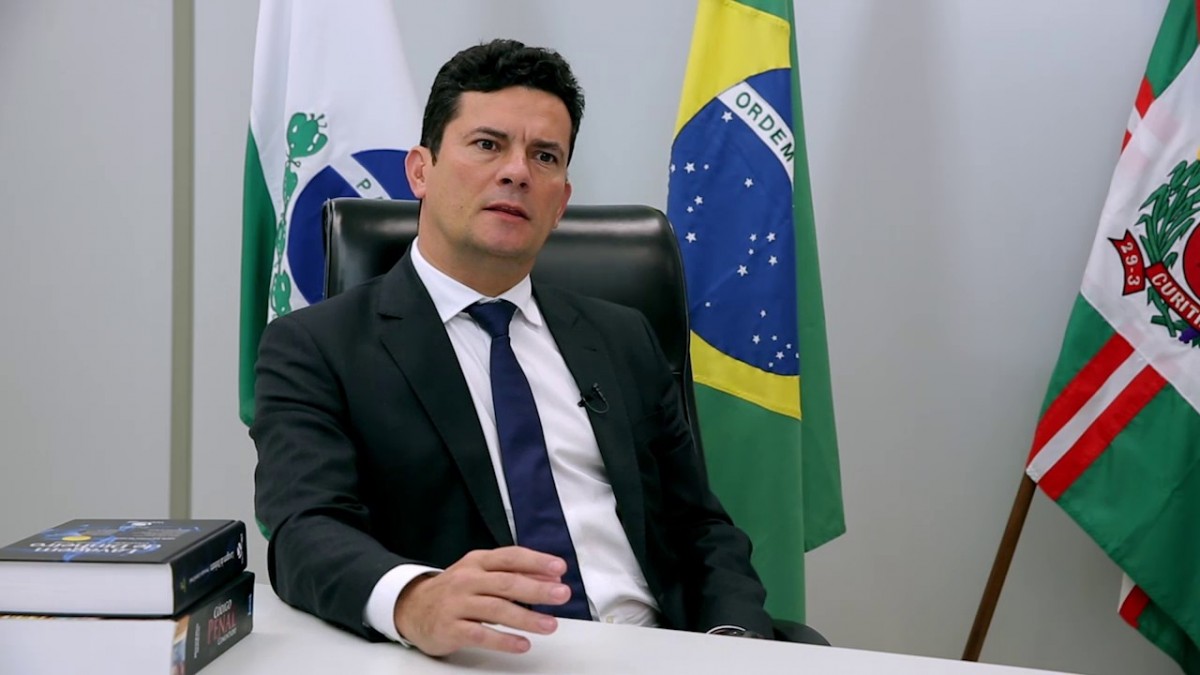 We know that the Public Prosecutor’s Office, the National Council for Public Prosecutor’s Office, has already moved to sanction some of those prosecutors. That was as of this morning. They began the investigations yesterday. They said that five people have been temporarily suspended. So we know that that is happening. The bar association, the Brazilian bar association, has called for both Moro and Deltan Dallagnol to step down because of their implications within all this. And like I said, this is just the beginning. It is the major news. And we believe it’s going to continue to grow in the coming days and coming weeks.

GW: And we’ll definitely come back to you as this case develops and as it explodes in Brazil. We’re going to leave it there for now. I was speaking to Mike Fox, freelance reporter based in Florianopolis, Brazil. Thanks again, Mike, for having joined us today.

GW: And thank you for joining The Real News Network.

This article originally appeared on the Real News.