The president suffers a serious defeat as the legislative and judicial powers block his decree, which would have given the government complete control over the social media firms while allowing false information to circulate freely. 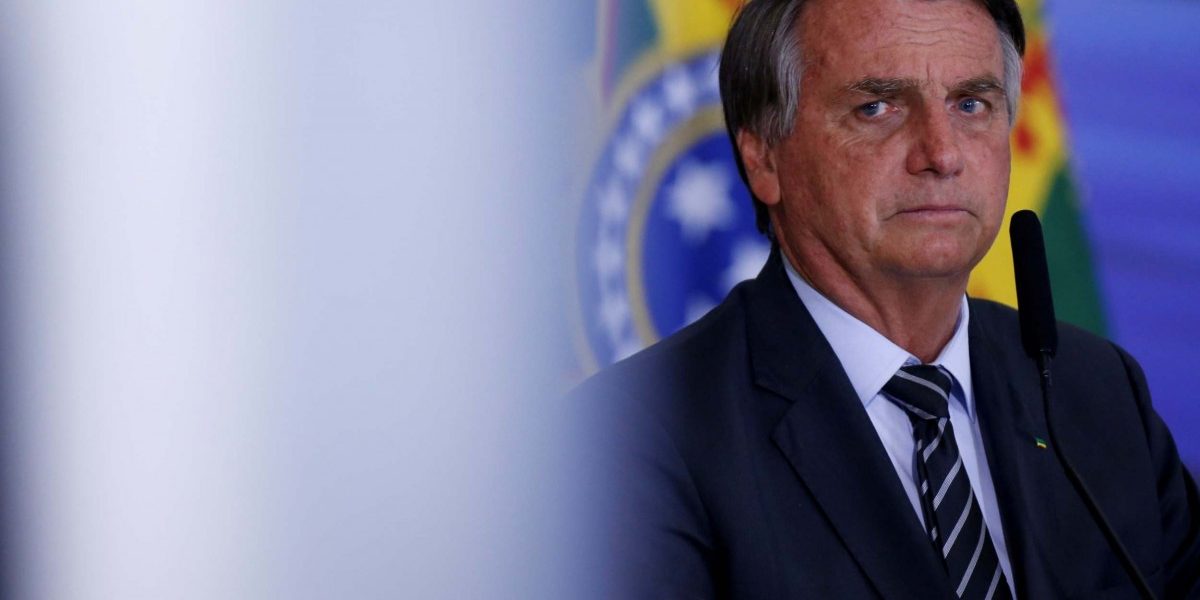 Brazil's President Jair Bolsonaro looks on during a ceremony at the Planalto Palace, in Brasilia, Brazil September 14, 2021. Photo: Reuters/Adriano Machado

Sao Paulo: Brazilian President Jair Bolsonaro’s plan to let fake news circulate freely on social networks ahead of next year’s election has been blocked by the country’s parliament and Supreme Court. In a crushing defeat to Bolsonaro on Tuesday night, the president of the Senate and National Congress, Rodrigo Pacheco, sent back to the government a provisional measure (MP), which would have made it impossible for social media firms to monitor and remove fake news. An hour later, Justice Rosa Weber of the Supreme Court suspended “in its entirety” the decree which was signed by Bolsonaro on September 6.

The presidential decree was issued on the eve of rallies organised by Bolsonaro on the Brazilian Independence Day, where he openly abused a Supreme Court judge, Alexandre de Moraes, who is presiding over an investigation into a fake news racket involving the first family of Brazil. The decree had caused an outrage across the country as it was seen as a desperate attempt by the president to maintain his grip on power with fake news and threats to his opponents on social media.

The first shock to Bolsonaro came from Senator Pacheco, who announced on the floor of the Senate that he was “summarily rejecting” the MP about social networks and closing all proceedings about it in the Congress. The decree, said the Senate chief, had provisions that “directly impact the electoral process, which is prohibited by the Constitution”. When the decree was issued by Bolsonaro, the Senate chief had said that there would be a “technical, careful evaluation” of MP in the Congress, which could take up to 120 days to pass it as law or reject it. By sending the MP back to the president without even a preliminary debate on it – an extremely rare move – Senator Pacheco has given a major jolt to Bolsonaro’s scheme. Though he became the head of Senate with the help of Bolsonaro, in recent months the senator has been distancing himself from the president who has been repeatedly threatening the Senate and Supreme Court. 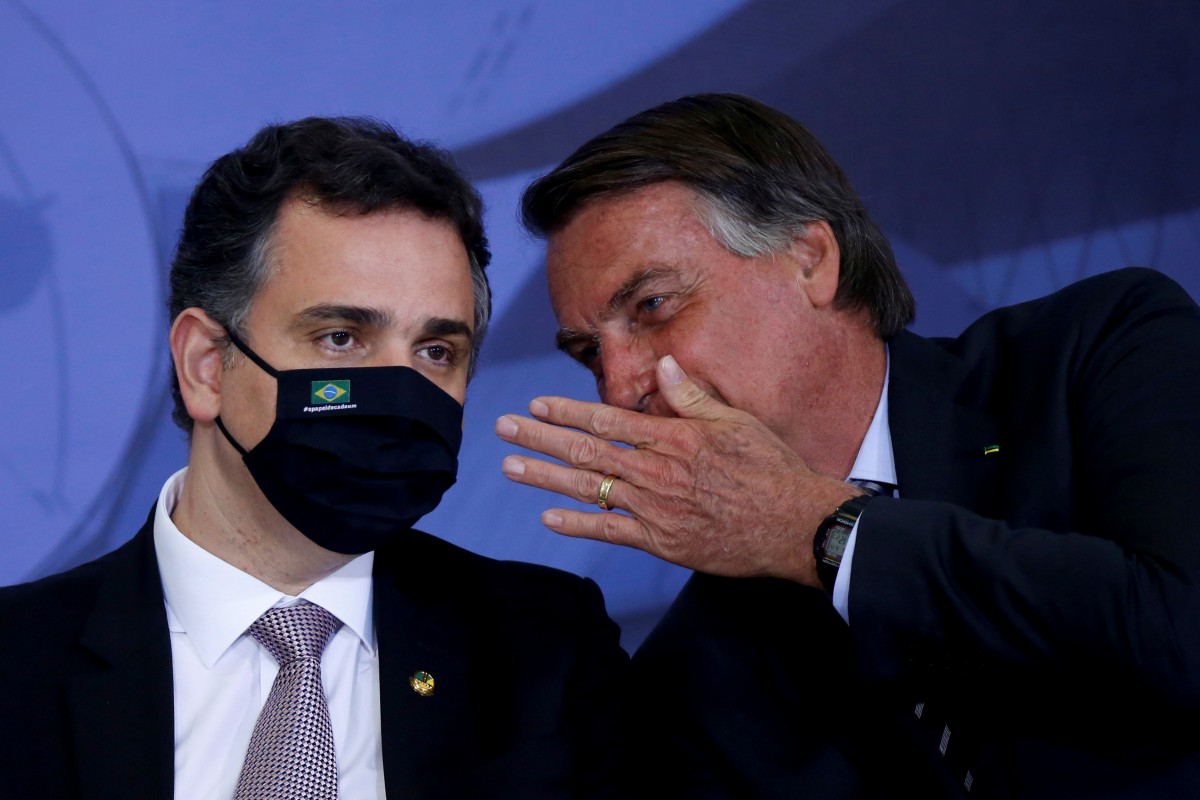 Though Senator Pacheco’s decision about the decree was enough to kill it, Justice Rosa Weber closed the chapter completely by suspending it on constitutional grounds. Calling the decree, which is generally issued in an emergency situation, an “abuse of the presidential power”, the Justice Weber said the judiciary should interfere in a matter pertaining to Congress only in “absolutely exceptional” cases, but the MP demanded a response. “The spread of fake news, hate speech, attacks on institutions and democracy itself, as well as the regulation of the removal of content from social networks constitute one of the greatest contemporary challenges to the fundamental rights,” said Justice Weber in her ruling given in response to a joint plea by six political parties which had challenged Bolsonaro’s move in the top court.

Lab of the global right

The controversy began on September 6 when Bolsonaro signed the proposal which would have given a free pass to him and his supporters to fill the social networks with fake news. Alarm bells began to ring as the MP was signed a day ahead of Bolsonaro’s rallies in Brasilia and Sao Paulo. The decision was seen as an attempt by Bolsonaro to save his beleaguered presidency, especially because it was made a couple of days after a meeting in Brasilia, Conservative Political Action Conference (CPAC), where far-right leaders from Brazil and the US, including the president and Donald Trump Jr, had invoked conspiracy theories about fraud in the 2022 election.

The suspicions about an attack on the Brazilian election from the US became intense as Bolsonaro met Jason Miller at the presidential palace just before he signed the controversial decree. An advisor to former US president Donald Trump, the American is the creator of the social network GETTR, a platform for the global right which opposes any moderation of fake news or incitement to violence on social media. Since Trump was kicked out by Twitter and Facebook after inciting violence on January 6, Miller has been working with Steve Bannon, the far-right ideologue, to make the social media safe for fake news and those who spread it.

After attending the CPAC and meeting Bolsonaro, as Miller was leaving Brasilia on a private jet on September 7, he was detained at the airport by the Brazilian Federal Police (PM) on the instructions of Justice de Moraes. Held for more than three hours at the international airport, Miller and his party were allowed to leave the country only after a through questioning by the police as part of the fake news investigation, which is also probing Bolsonaro and his sons. A little later, addressing his rallies, Bolsonaro unloaded on Justice de Moraes as he openly threatened to disobey the Supreme Court in the fake news case.

Bolsonaro’s admiration for Trump is well known. Also, it is a common knowledge that his third son, Eduardo, is working with Bannon, who is suspected to be one of the main planners of the Capitol Hill invasion in Washington, DC on January 6. The signing of the social media decree by Bolsonaro in the presence of Jason Miller heightened the fears for many that Bolsonaro was preparing for a Capitol-like scenario in Brazil just before or after the next election he is likely to lose badly.

But the Brazilian president is getting a major pushback from other institutions of the country which suffered a brutal military regime from 1964 to 1985. Even before Senator Pacheco and Justice Weber consigned the decree to the dustbin, Brazilian prosecutor-general, Augusto Aras, advised the top court on Monday to suspend the MP. Defending the monitoring of fake news, Aras, who was appointed to the post by Bolsonaro, the lead prosecutor called the decree a “barrier” in controlling hate speech on social media. 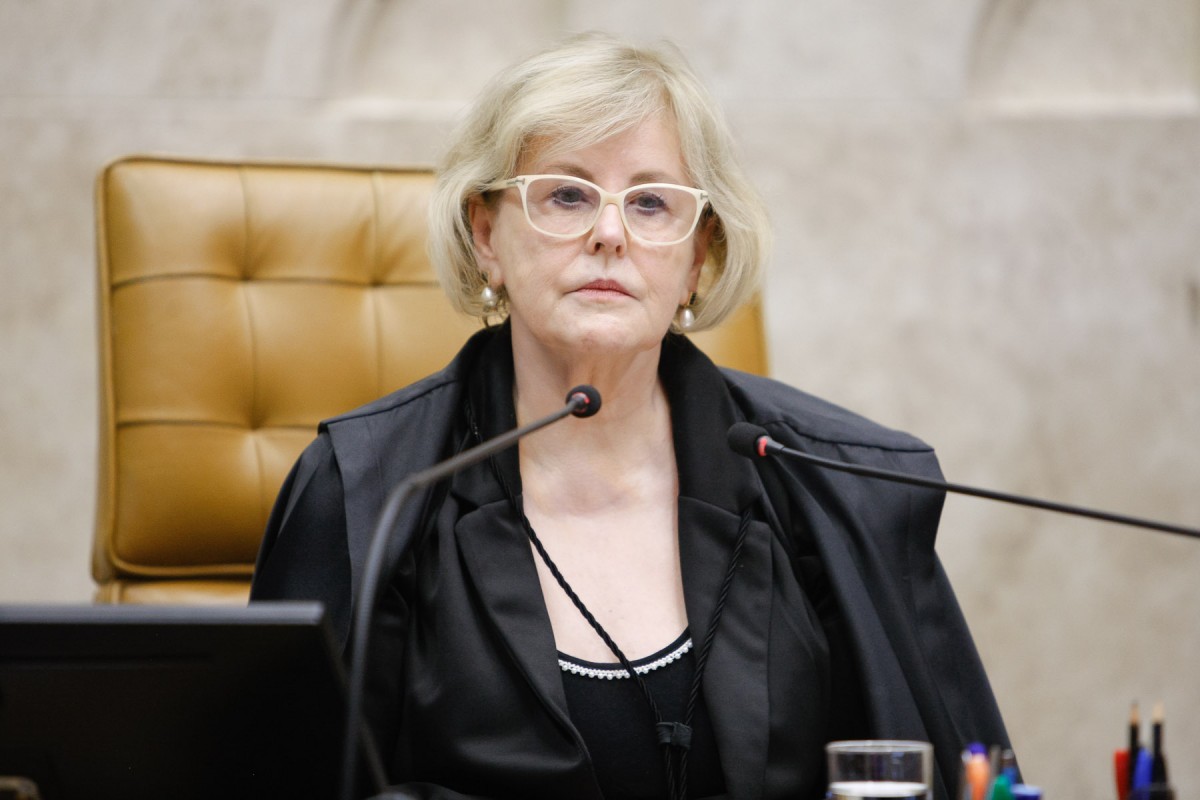 The Brazilian Internet Law, in force since 2014, stipulates that the social media platforms can only be held legally responsible for messages posted by third parties if, upon receiving a court order for removal, they do not comply with it. But the law allows the web firms to have their own moderation policies, with rules of what can be published on the networks. With his decree, Bolsonaro tried to take away the social networks’ right to monitor and remove fake news from their sites. They would have lost the power to decide what constitutes fake news. If passed by the Congress, the law would have benefitted Bolsonaro and his far-right base which basically connects through fake news.

Barring a few exceptions, when and posts by Bolsonaro or his supporters were removed, the Big Tech has largely refused to look into Brazil’s fake news problem as the country of 220 million people is one of the biggest markets for social media firms. A recent study by a group of Brazilian researchers found that the country was second only to India and the US in the number of fake news posts about COVID-19 pandemic. In July, the organisation Reporters Without Borders pointed out that the number of attacks by Bolsonaro on the media in 2021 increased by 74%, as compared to the second half of 2020. Most of these attacks were done through the president’s social media accounts.

But the situation changed a bit in the past one year or so as Brazilian courts have repeatedly asked web platforms to remove fake news posts, especially about unproven treatments of COVID-19. Justice de Moraes has caused panic among the president’s far-right crowd by passing several orders against fake news since last year in addition to sending some of Bolsonaro’s most famous backers to jail for hate speech and threats against the court.

Also read: Brazil After Lawfare: The Return of ‘President’ Lula and the Fall of a ‘Hero’ Judge

With his social media base taking a hit, the government began to plan a new law that would tie the hands of web firms while allow fake news to thrive. In May, a draft decree, considered illegal and unconstitutional by many lawyers, was prepared by the Ministry of Communications but it was not sent to the Congress. As the thinking in the government was to use a blunt instrument like an MP to make new rules for social media, Bolsonaro signed the decree on September 6.

Now, the decree has met the same fate as two similarly-worded bills in Poland and Florida, both run by right-wing governments. While the Polish bill fell in the parliament, the proposal in Florida was overturned by the courts.

Bolsonaro’s cynical ploy to hang on to power or engineer a coup with fake news, ably supported by the Bannon network, has received a serious setback as he knows no other way of connecting – and firing up – his base. On Tuesday, a few hours before his decree was rejected by the Senate chief, Bolsonaro was arguing that it was not necessary for the government to regulate the disinformation on social media. “Fake news is part of our life. Who hasn’t told a little lie to their girlfriend?” Bolsonaro said at an award ceremony in the capital, where Senator Pacheco was present in the audience.

The joke evoked little laughter. Fake news has become – and is being seen as – a serious threat to Brazilian democracy. On Wednesday evening, it was reported by CNN Brasil that Justice de Moraes has sent information and data from his investigation into fake news to the Senate panel probing the government’s conduct during the pandemic. The information, said the report, could establish the existence of a criminal organisation for dissemination of fake news about the pandemic. The information collected by the Supreme Court can establish a direct link between the groups which spread false information about medicines with unproven efficacy and the people who attack institutions on social media, as happened before and during the September 7 rallies in Brasilia and Sao Paulo. It could be extremely serious development for Bolsonaro and his sons, who are under investigation in the fake news case. 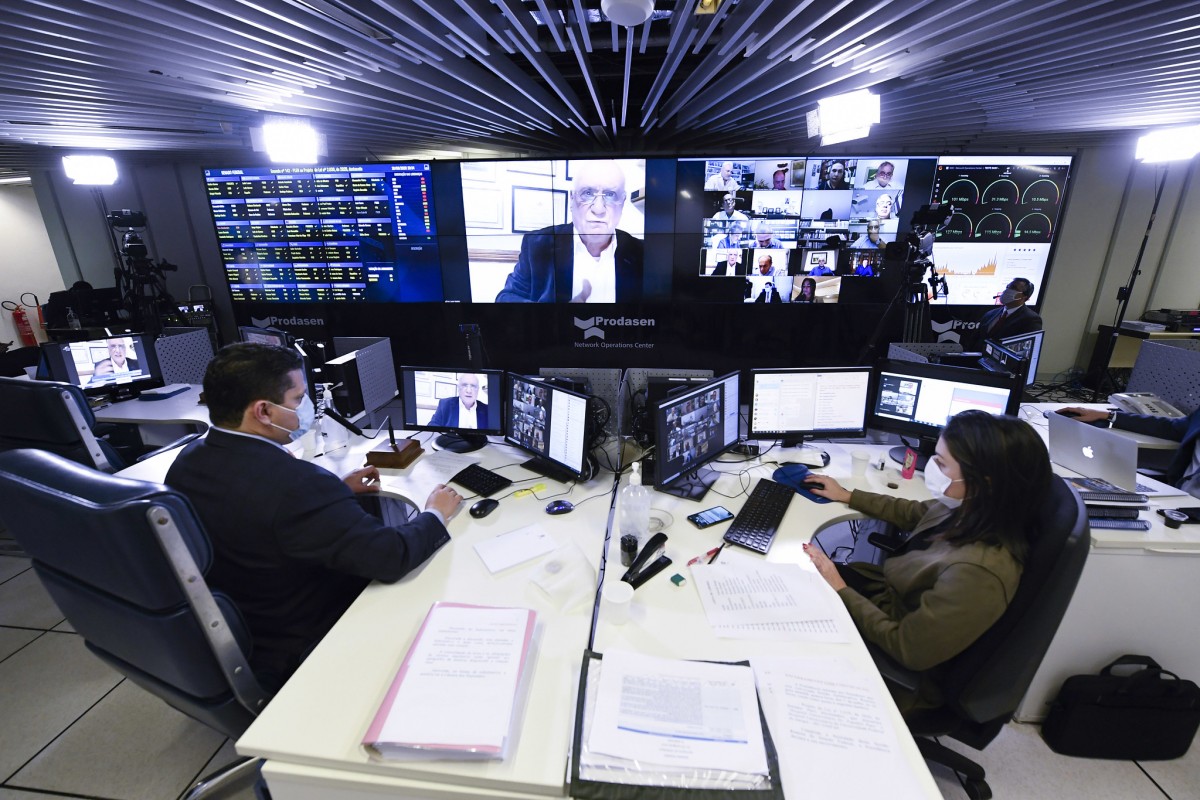 A parliamentary commision of inquiry into the fake news racket, which will resume work by the end of September, will add to Bolsonaro’s headaches. Photo: Jefferson Rudy/Agência Senado

The September 7 event was supposed to be Bolsonaro’s show of strength to other institutions which are constantly trying to check his powers. The big gamble by Bolsonaro has failed to make other institutions back off. On Wednesday, the inspector general of the Federal Election Commission (TSE), which has been repeatedly attacked and slandered by the president with his election fraud claims, decided to investigate if the “undemocratic acts of September 7” were financed and, if so, by whom. The TSE official will also probe if the rallies broke the election rules by allowing campaign for Bolsonaro even before the election has been notified by the commission and if social media was misused for the meeting.

Bolsonaro would not be Brazil’s president without social media – and fake news. He is facing the biggest challenged of his presidency as his control over fake news on social media is being challenged by other centres of power.