After heading the country for 13 years, Evo Morales had fled to Mexico following weeks of violent protests. 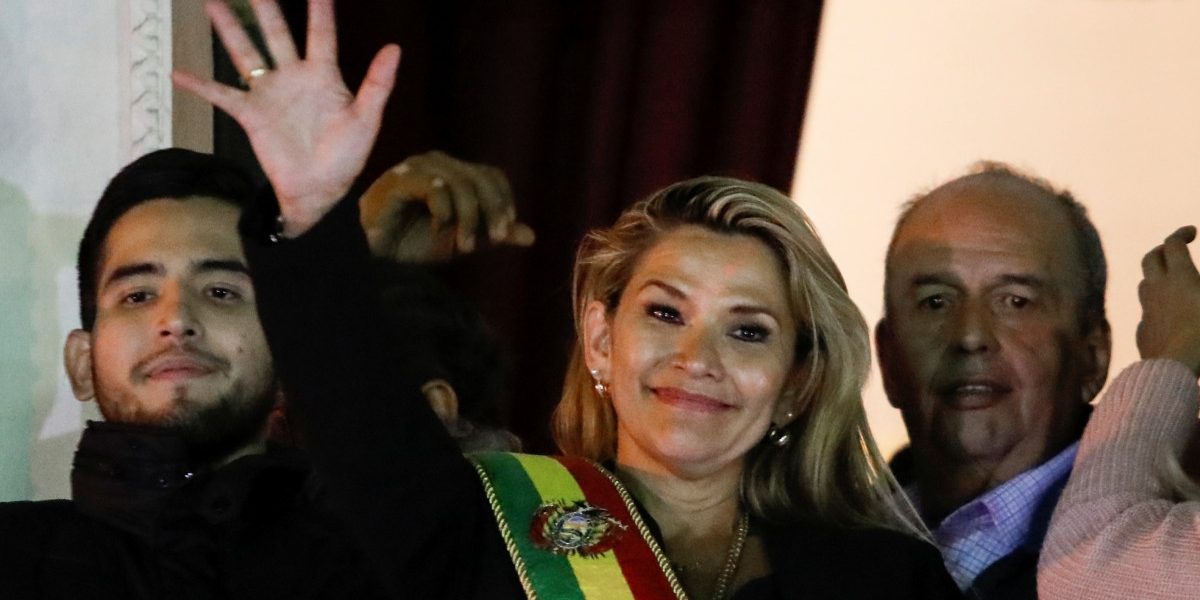 Bolivian Senator Jeanine Anez gestures after she declared herself Interim President of Bolivia, at the balcony of the Presidential Palace, in La Paz, November 12, 2019. Photo: Reuters/Marco Bello

Opposition politician Jeanine Anez on Tuesday declared herself Bolivia’s interim president after the resignation of longtime President Evo Morales, who arrived in Mexico earlier in the day after fleeing the Andean nation.

With the move, Anez, the second vice president of the Senate, took temporary control of the Senate and put herself in a position to become the country’s president.

What we know so far

Clashes broke out on the streets of La Paz, Bolivia’s capital, on Tuesday evening after Anez’s declaration.

Morales supporters tried to reach the Congress building, shouting: “She must quit.” They were met by police, who fired tear gas to try to disperse the crowd.

Morales, who arrived in Mexico City earlier on Tuesday, called her announcement “the most disastrous … coup in history.” 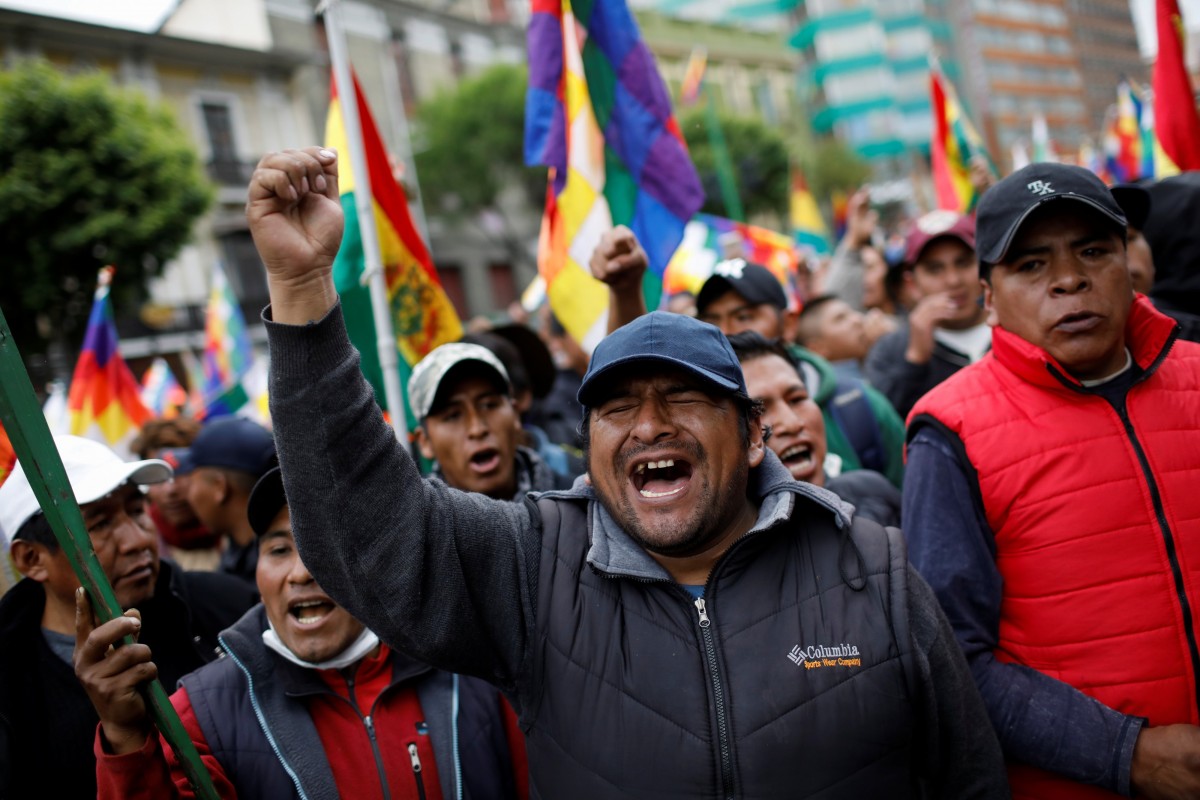 The former Bolivian president said that the opposition leader “declared herself… interim president without a legislative quorum, surrounded by a group of accomplices and backed by the armed forces and police that repress the people.”

The South American country has seen protests since an election on October 20 in which Morales was re-elected as president, a vote which the Organization of American States (OAS) alleges had gross “manipulations” of electric computer systems. Tens of thousands took to the streets of La Paz in the weeks after the polls. At least three people have been killed and hundreds more injured in the unrest.

Who is Evo Morales?

Morales, 60, had been Bolivia’s president for more than 13 years before his resignation on Sunday. Born in a small village in western Bolivia to a family from the indigenous Aymara people, he is widely considered Bolivia’s first indigenous president.

His supporters had lauded him as a champion for indigenous rights and environmentalism, and his presidency was characterized by leftist policies that diverted revenues from natural resources to indigenous communities.

Morales drew controversy earlier this year when he called a referendum to expand presidential term limits, a move his critics say was an attempt by him to hold on to power. The referendum failed, but he ran for a fourth term anyway, winning 47.1% of the vote in the October 20 poll.

He eventually resigned after heads of the military and police demanded he steps down amid continued protests. Some described the military intervention as a coup d’etat. Morales subsequently fled to Mexico, where he was granted asylum, arriving on Tuesday.

Who is Jeanine Anez?

Anez is a Democratic Social Movement politician who has served in the Bolivian Senate since 2010. She became the highest-ranking member of the Bolivian government following the resignation of Morales’ government. As the leader of the opposition, she has been described as fiercely anti-Morales. 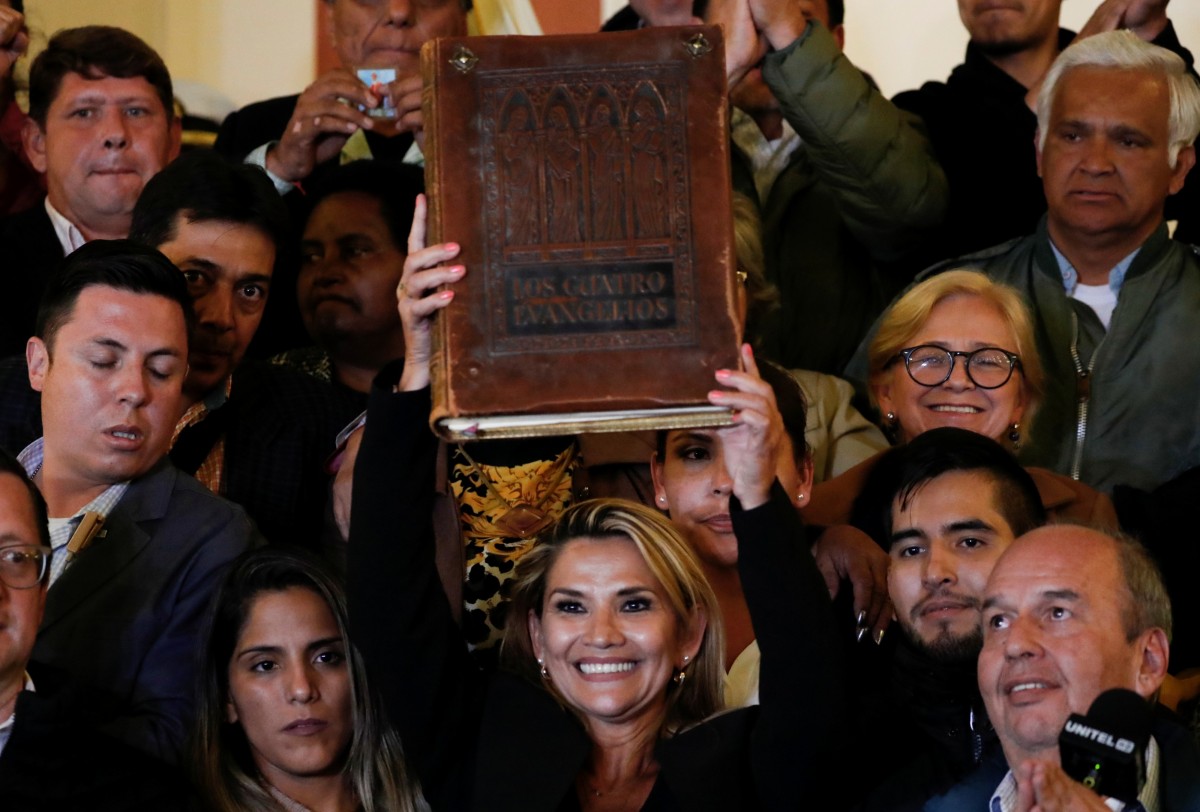 Bolivian Senator Jeanine Anez gestures as she poses for a picture after she declared herself as Interim President of Bolivia, at the Presidential Palace, in La Paz, Bolivia November 12, 2019. Photo: Reuters/Carlos Garcia Rawlins

Bolivia’s political crisis is far from over after Anez’s move. Under the Bolivian constitution, Morales’ resignation needed to be approved by both houses of Congress, and lawmakers failed to get the quorum for an assembly session on Tuesday, which prompted Anez’s declaration. Morales’ Movement for Socialism party, which has called the assembly session in which Anez declared herself president illegal, is bound to push back on the opposition leader’s power play.