If the results hold, Morales would face his first runoff election and could be vulnerable to opposition forces uniting around Mesa. 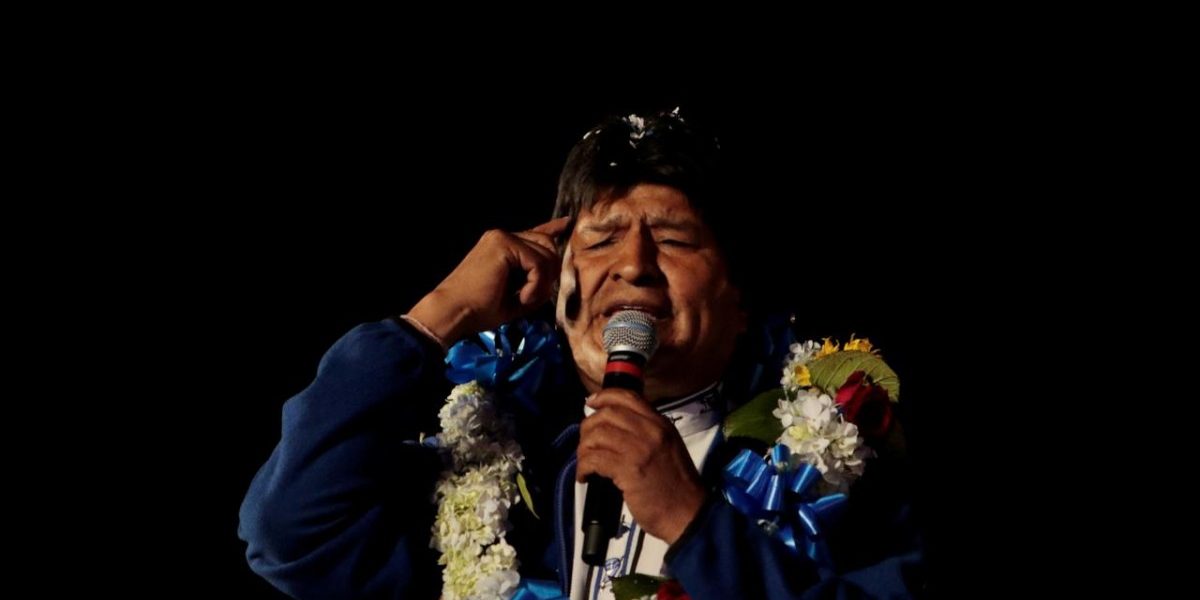 President Evo Morales is leading in early returns from the presidential election first round, but appears headed for a runoff. Morales, South America’s longest-serving president, is seeking a controversial fourth term.

Bolivian President Evo Morales has taken the lead in Sunday’s vote, but appears to be facing a second-round runoff.

The three-term president was in the lead with just over 45% of the vote, compared to around 38% for his main challenger, Carlos Mesa, according to preliminary results after 83% of ballots had been counted.

If no candidate receives 50% of the vote in the first round, or 40% of the vote with a 10-point lead over second place, the two leading candidates will face each other in a runoff on December 15.

Morales said he was certain outstanding votes from rural areas, where he tends to have stronger support, would deliver him another “historic” victory.

If the results hold, Morales would face his first runoff election and could be vulnerable to opposition forces uniting around Mesa.

South Korean-born evangelical pastor, Chi Hyun Chung, is in third place with 8.7% of the vote. Liberal Senator Oscar Ortiz is in fourth with 4.4%.

Also Read: Will the Bolivia Polls Today Pave the Way For a Dictator?

Mesa told supporters shortly after the first results were announced that his coalition had scored “an unquestionable triumph.” He urged others parties to join him for a “definitive triumph” in the second round.

“The OAS Electoral Observation Mission continues to rigorously monitor the electoral process in Bolivia. It is fundamental that the Supreme Electoral Commission explain why the transmission of preliminary results was interrupted and that the process of publishing the data of the data is carried out smoothly,” it wrote on Twitter.

Since sweeping to power in 2006 with his Movement Toward Socialism party, Morales has used revenue from the Andean country’s vast natural resources to fund welfare programs and public works projects, lifting millions out of poverty. But his popularity has waned in recent years amid corruption scandals and allegations of authoritarianism.

Mesa, a 66-year-old journalist and historian who was president from 2003-2005, campaigned on a platform of boosting environmental protection, strengthening democratic institutions and tackling corruption.

Morales, a former coca farmer, leftist union leader and Bolivia’s first indigenous leader, is Bolivia’s longest-serving president. His decision to run for the office for a fourth time has sparked protests.

A limit of two consecutive presidential terms is stipulated in Bolivia’s 2009 constitution, which was announced by Morales himself. In a 2016 referendum, voters rejected his attempt to scrap term limits. The country’s top court — seen by critics as being stacked with Morales loyalists — then dismissed the result and ruled that Morales had the right to run again.

Some 7.3 million Bolivians were eligible to vote in Sunday’s election. They also chose candidates for the country’s 166-seat congress.