National support for Black Lives Matter has soared – while President Donald Trump’s approval rating has plunged ten points in a single month. The movement for racial justice is more popular than Trump's presidency. 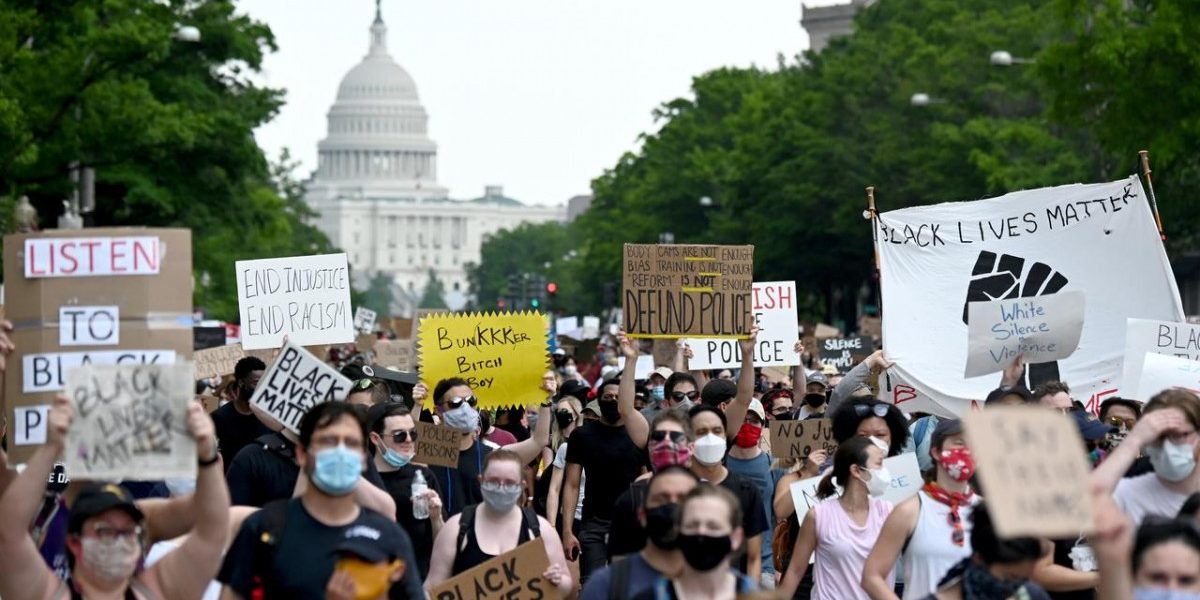 Demonstrators march from the US Capitol Building during a protest against racial inequality, in Washington, June 6, 2020. Photo: Reuters/Erin Scott/File Photo

As protests in all 50 states continue to rile America’s political establishment, a new poll suggests that the growing mobilisations against police brutality and structural racism may also be aiding a titanic shift in public opinion.

This week, an online and telephone survey conducted by Rasmussen found that an astonishing 62% of likely voters now have a favourable opinion of Black Lives Matter (BLM), while 32% have a very favourable one. The result represents a stunning turnaround in how many Americans perceive the movement compared with even a few years ago. A similar poll conducted by Rasmussen in June 2016, for example, found that only 37% of likely voters had a favourable view of BLM, while a majority viewed it unfavourably.

Some 30% of those surveyed this month, meanwhile, said they had developed a more favourable view of BLM since national protests ignited following the murder of George Floyd by Minneapolis police officer Derek Chauvin. In another apparent shift, a majority of likely voters now also believe that black Americans receive unfair treatment from the cops, while the number who believe there are too few police has fallen from a high of 51% in 2014 to 38% today.

In a parallel development, the approval rating held by President Donald Trump has fallen a full ten points in a single month according to Gallup, which identified a precipitous drop from 49% to 39% amid nationwide protests, the ongoing pandemic, and the federal government’s decidedly inadequate efforts to address unprecedented economic turmoil. In the modern history of presidential opinion polling, Jimmy Carter and George H.W. Bush are the only sitting presidents to have held such low approval ratings this deep into an election year. Both lost their reelection campaigns.

Though activists should certainly find the trend observed by Rasmussen encouraging, other numbers suggest that considerable work still needs to be done when it comes to converting favourable perceptions of BLM into majority public support for many of its key demands. More than half of those elsewhere surveyed by Rasmussen, for example, remain opposed to cutting their local police budgets. A minority of 17% presently believe there are too many police officers in the United States, though this nonetheless represents a jump of six points from 2014.

According to research published by the Urban Institute, state and local expenditure on police and policing has been ballooning for decades — vastly outpacing population growth by a margin of three to one. While liberal politicians (and most recently Barack Obama) have largely responded to the current wave of protests with familiar calls for new training protocols and racial bias training, Minneapolis already had in place many of the measures currently being put on the table at the time of George Floyd’s murder.

Though it remains to be seen what the move will look like in practice, its city council members recently voted in overwhelming numbers to “defund and dismantle” the local police department — something that would have been unthinkable only a few weeks ago.

Luke Savage is a staff writer at Jacobin.