Uzbeikstan is fast getting linked to the global market for production, supplies of raw materials and services. Several excellent opportunities exist for Indian investment in non-ferrous and rare-earth metals industry. 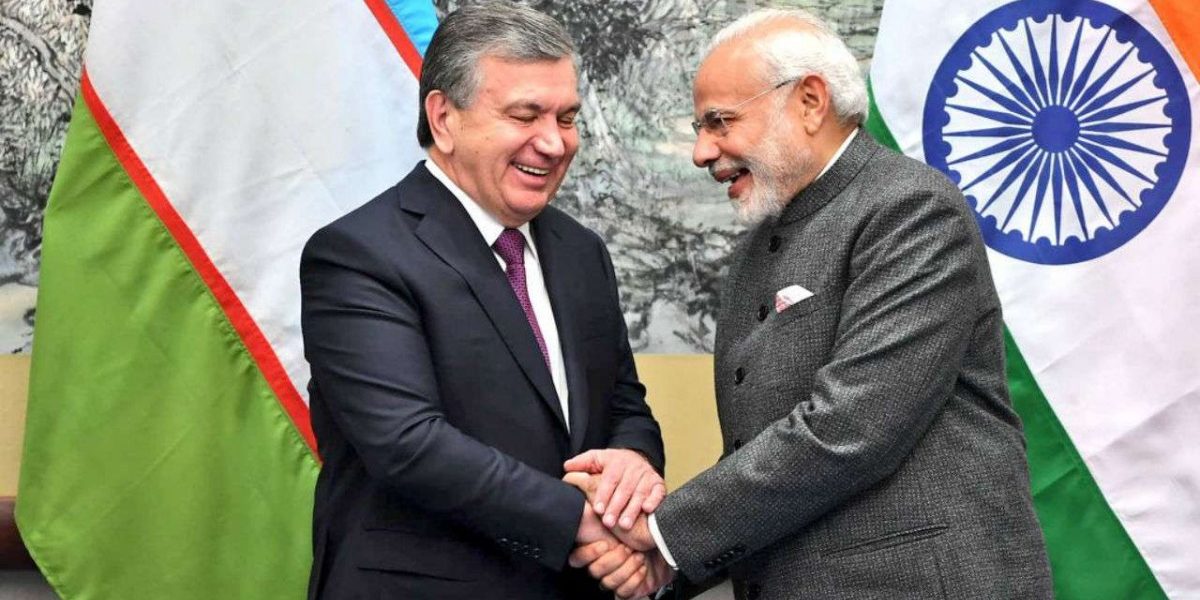 Uzbekistan President Shavkat Mirziyoyev is paying a visit to New Delhi on Sunday, seemingly to give yet another shot for cementing strong economic ties with India. He and Prime Minister Narendra Modi had also met in Qingdao during the Shanghai Cooperation Organisation summit.

Make no mistake, Central Asia is India’s natural partner in every respect. But ties between the two countries have never been too strong. Geopolitically, the region still provides potential ‘strategic depth’ against India for any power seeking this, it is certainly an Indian-adjacent glacis that can’t be left to the Chinese alone.

So far, India’s diplomatic ingenuity served to check the countervailing forces in Central Asia, including Pakistan’s underlying policy thrust of approaching the region, along with Afghanistan, as an adjunct to its rivalry with India.

If Mirziyoyev has a fresh perspective to offer, India should grab the chance seriously. But this time, India must have a clear vision. Thus far, India has been citing obstructions of physical connectivity, Pakistan’s hostility and the instability in Afghanistan for its desultory attitude towards Central Asia. But such excuses can no longer hold true as distant countries like South Korea are doing enough business with the region.

What is required is the more efficient use of instruments of economic leverage, though Central Asia is not a key market or investment destination for Indian companies. However, it is fast getting linked to the global market for production, supplies of raw materials and services, besides getting integrated into the Trans-Eurasian transit corridor. Several excellent opportunities exist for Indian investment in the non-ferrous and rare-earth metals industry in Uzbekistan.

Perception of India is that it opposes connectivity

The perception in Eurasia that India is opposed to connectivity needs to be removed. New Delhi should keep in mind its historic Silk Route ties with the region and make all-out attempts to break the bottlenecks, although the International North South Transport Corridor (INSTC) and the Iranian Chabahar port projects are inching closer to becoming a reality. 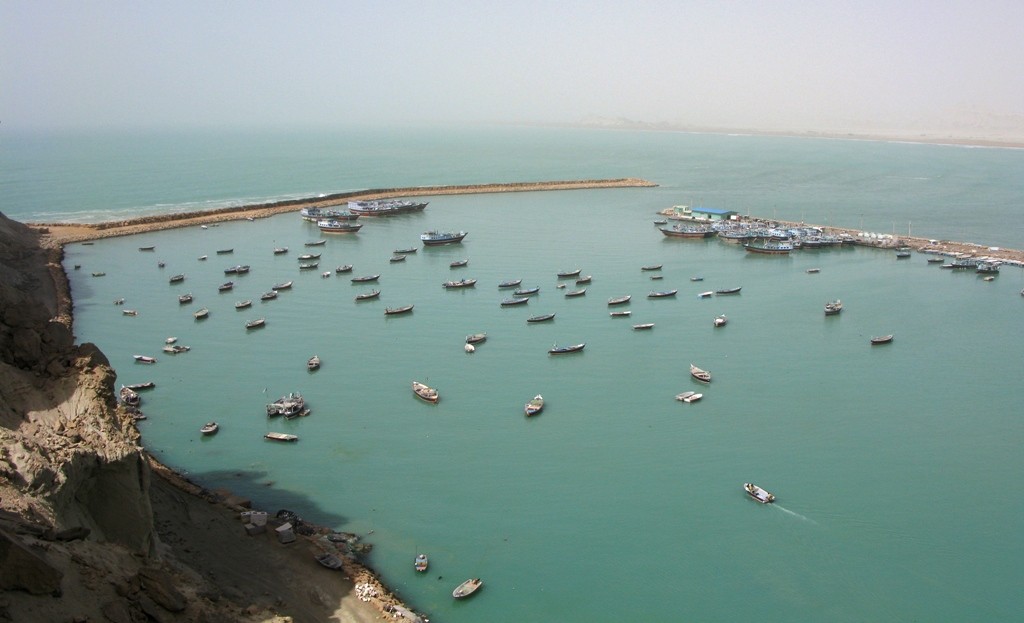 Mirziyoyev is likely to push for a Trans-Afghan Railway line to connect Uzbekistan with Chabahar, which would be a welcome move. With the first phase of the Shahid Beheshti terminal ready for operation by India Ports Global Limited (IPGL), Chabahar becomes the nearest sea port for Uzbekistan by land.

The Uzbek state Railway Company O’zbekiston Temir Yo’llari seems keen to extend the existing 75-kilometre single-rail track between Hairatan and Mazar-i-Sharif to Herat – a gateway to Iran for both Afghanistan and Uzbekistan.

India is committed to building a 610-kilometre north-south railway (Chabahar to Zahedan). Uzbekistan joining the project as a direct stakeholder would broaden the prospect for India optimally using Chabahar as a vital gateway to access Eurasian markets. But what should worry Uzbekistan is that its trade with India is a paltry $323 million. In fact, India’s current trade figure of about $100 billion with the SCO is grotesquely asymmetric – about $90 billion with China, $8 billion with Russia and only $1.5 billion with the Central Asian states, of which $1 billion is with Kazakhstan. Uzbekistan is a distant second. President Shavkat needs to address this skew in the regional trade pattern.

Notwithstanding political goodwill, a stake in Central Asian energy is yet to be achieved for India.

In 2006, then prime minister Manmohan Singh was the first high-profile dignitary to visit Tashkent in the wake of the bloody crackdown by president Islam Karimov on demonstrators in Andijan on May 13, 2005. Karimov was faced with tough Western pressure demanding an international investigation, for which he even broke the strategic partnership with Washington.

Karimov had then promised exploration acreages to Indian firms in Uzbekistan’s energy and mineral sector, including production sharing agreements (PSAs) between ONGC Videsh Limited and Uzbekneftegaz Company. The exploration status is still unknown, even after 13 years.

To deepen the partnership with India, Tashkent has been promising to supply 2,000 metric tonnes of nuclear fuel uranium to India since 2014. We don’t know whether the deal is being fulfilled.

In 2017, President Mirziyoyev made a promise to Modi to elevate bilateral ties and offered several incentives. A good thing is that the political outlook in Central Asia in the post-Karimov era is changing in favour of intra-regional cooperation.

Already, Mirziyoyev’s high points of achievement include holding of a high level conference on Afghanistan in March this year to draw a roadmap for the Afghan settlement through engagement of the Taliban and holding the first regional summit of Central Asian leaders in Astana (at Mirziyoyev’s behest) to resolve all regional issues – much to the surprise of the world community.

Quite clearly, Mirziyoyev’s visit to Delhi may be linked to his Afghan settlement agenda. He could also be on a mission to build bridges between New Delhi and Islamabad under fresh regional/sectoral diplomacy being stepped up in the aftermath of the post-Qingdao SCO summit.

Tashkent should know that multiple conflicting interests intersect at the SCO and here, India doesn’t see challenges posed to the region by the Taliban as any less threatening than that by ISIS.

The Uzbeks need to tread with caution on the Taliban, lest it boosts the morale of the Islamic Movement of Uzbekistan (IMU) in the Ferghana Valley. Besides, the Uyghur issue, seemingly flaring up in Xinjiang, could open up the next frontier of the Islamic arc of instability that could engulf other Central Asian states as well.

New Delhi should be cautious not to let the SCO become a smokescreen to drum up support for the Pakistani stance. Any thought of making the SCO a pivot for a closer India-Pakistan entente would be hasty, for the Uzbeks should be reminded how even the famous January 1966 Tashkent Declaration failed to produce enduring results.

Instead, President Mirziyoyev should be asked to make the Tashkent based SCO-RATS (Regional Anti-Terror Structure) more robust so that tangible and hard information can be shared among member states to deal with the menace of terrorism, especially on terrorist hideouts in the Afghan-Pak region.

P. Stobdan has served as India’s ambassador in Central Asia