As Trump Sacks Tillerson, India and the World Get Ready for Headwinds

Any attempt by Washington to impose new sanctions on Iran will not just weaken the landmark nuclear deal with Tehran but also impose costs on India and others in the region. 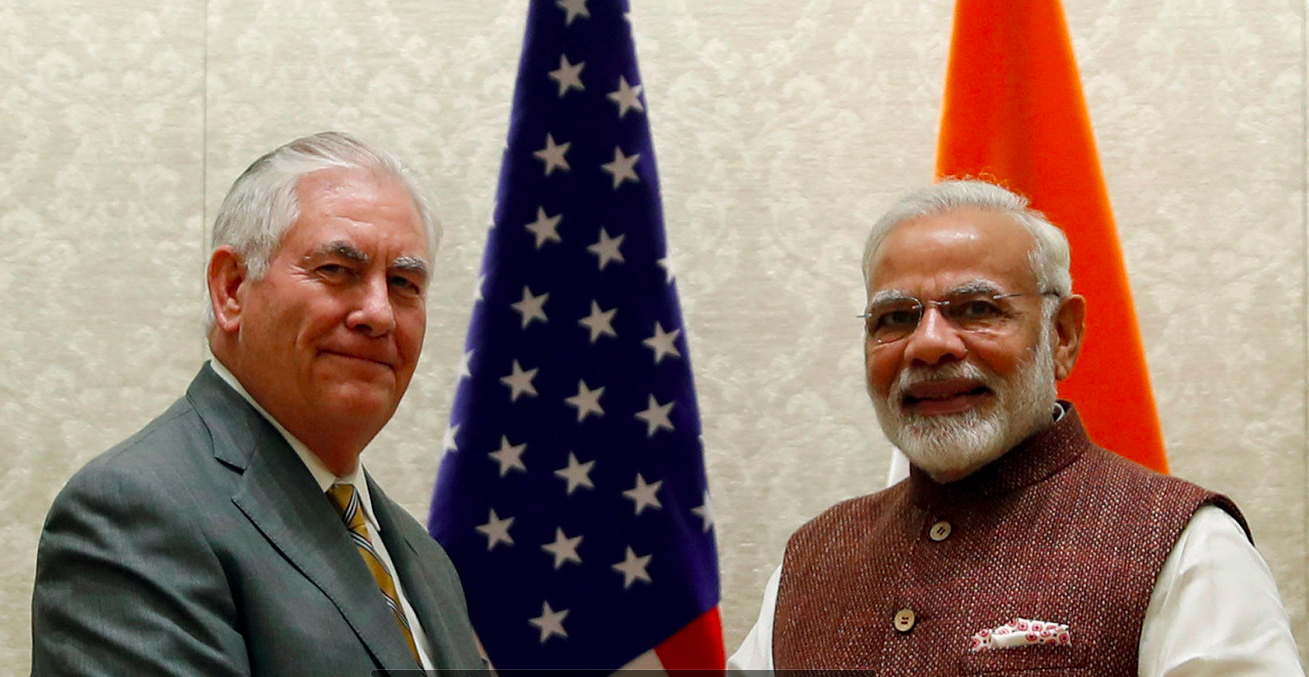 Washington:  It was a long time coming. President Donald Trump mistrusted his secretary of state from the early days, shunning Rex Tillerson’s advice and relegating him to the margins of the White House.

The surprise was only the unceremonious nature of the dismissal, not the announcement itself. The two men had differed widely on policy issues, ranging from Iran and North Korea to Russia. Trump had repeatedly shown contempt for Tillerson’s advocacy for diplomacy, leaving him to twist in the winds, sometimes when the secretary was on foreign land.

With Tillerson gone, Trump has eliminated almost everyone in senior positions who might disagree with him. Gary Cohn, the chief economic adviser, resigned over a week ago over Trump’s decision to impose tariffs on steel and aluminium imports.

CIA Director Mike Pompeo, who shares Trump’s suspicions about the Iran nuclear deal, will take over the State Department. Pompeo, a former Congressman from Kansas, is seen as a Trump loyalist and a hardliner who is more likely to offer military solutions than diplomatic ones.

“We disagreed on things… the Iran deal. So we were not thinking the same,” Trump said of Tillerson. “With Mike Pompeo, we have a similar thought process.”

According to a Brookings Institution study, the record-setting turnover in the Trump administration has reached 43%, creating a sense of perpetual motion and uncertainty. Trump recently joked at a dinner that he likes “chaos” and asked if his wife Melania might be the next to leave.

But the constant churn at the White House has worldwide implications. The uncertainty has eroded confidence in the administration among friends and allies. Indian diplomats had painstakingly built relations with Tillerson and were expecting him to lead the first session of the 2+2 dialogue between the two countries this summer.

Even though the India-US relationship has by and large escaped the turmoil in the administration, the disarray has no doubt impacted Indian assessments of what can realistically be achieved.

An obvious area to watch would be the Iran nuclear agreement, where Trump appears determined to take negative action. He has been convinced by hardliners in Israel and Saudi Arabia that Iran is not abiding by the terms of the agreement while the rest of the international community believes Teheran is in compliance. Any new sanctions against Iran will likely lead to US demands on countries such as India to follow suit.

Tillerson’s departure will also likely dampen morale in Foggy Bottom – as the State Department is popularly known — even further. Countless articles in the US media have described US diplomats as a disheartened lot, who feel abandoned and isolated by a White House that gives little currency to expertise and domain knowledge.

Over the past year, Trump has publicly undercut Tillerson many times and excluded him from key foreign policy decisions, including the most recent and potentially path-breaking idea to meet North Korean leader Kim Jong Un in person.

Even though Tillerson was seen as an ineffective and unpopular secretary of state because of his push to slash the department’s budget by 30%, he was seen as a moderating influence on the president. He managed to persuade Trump at least twice not to jettison the Iran nuclear deal and to continue waiving US sanctions.

But he was not as effective as defence secretary Jim Mattis, who has managed to temper Trump’s extremist positions a little better. It appears that Trump decided on Friday to ask Tillerson to leave while the secretary was on his maiden trip to Africa. Tillerson cut short his travel to return on Monday only to be removed from his position on Tuesday.

Talking to reporters, Trump said that Tillerson will be “much happier now.” It is true that “Rexit” – the term used for Tillerson’s departure – was long anticipated, especially since last summer when he apparently called Tump a “moron” during a meeting at the Pentagon for advocating a 10-fold increase in the US nuclear arsenal.

Still, Tillerson’s public dismissal was seen as heaping unnecessary insult on injury in a town accustomed to palace intrigues. But given Trump’s long memory and record of punishing those who insult him, Tillerson’s firing via Twitter was essentially a tit-for-tat move.

Tillerson’s appointment last year had come with strong endorsements from widely respected people such as Condoleezza Rice, George W. Bush’s secretary of state, and Robert Gates, a former secretary of defence. But within months, it became clear that he was losing the internal battles in the White House. His management skills also were questioned.

His turned out to be one of the shortest tenures in US diplomatic history and not a particularly sparkling one. Tillerson is said to have presided over what has been called the “hollowing-out” of the foreign service. The effort to trim the bureaucracy – admittedly bloated, especially with the mushrooming of “special representatives” – was seen as ham-handed by insiders and experts.

Tillerson also shut out career foreign service officers, instead depending on a coterie of close aides who had little knowledge of foreign policy. In addition, he was unable or unwilling to fill senior positions across the State Department. Some of his candidates were rejected by the White House.

According to the American Foreign Service Association, 60% of the department’s top officers resigned under Tillerson while new applicants fell by half. The impact is likely to last for years, experts say.

In the end Tillerson was disliked both by his boss and his subordinates. He failed to manage either.