As Rishi Sunak Becomes UK Chancellor, a History of Battles Between No 10 and 11 Downing Street

Johnson is the latest in a very long line of new, emboldened prime ministers attempting to subdue the Treasury. 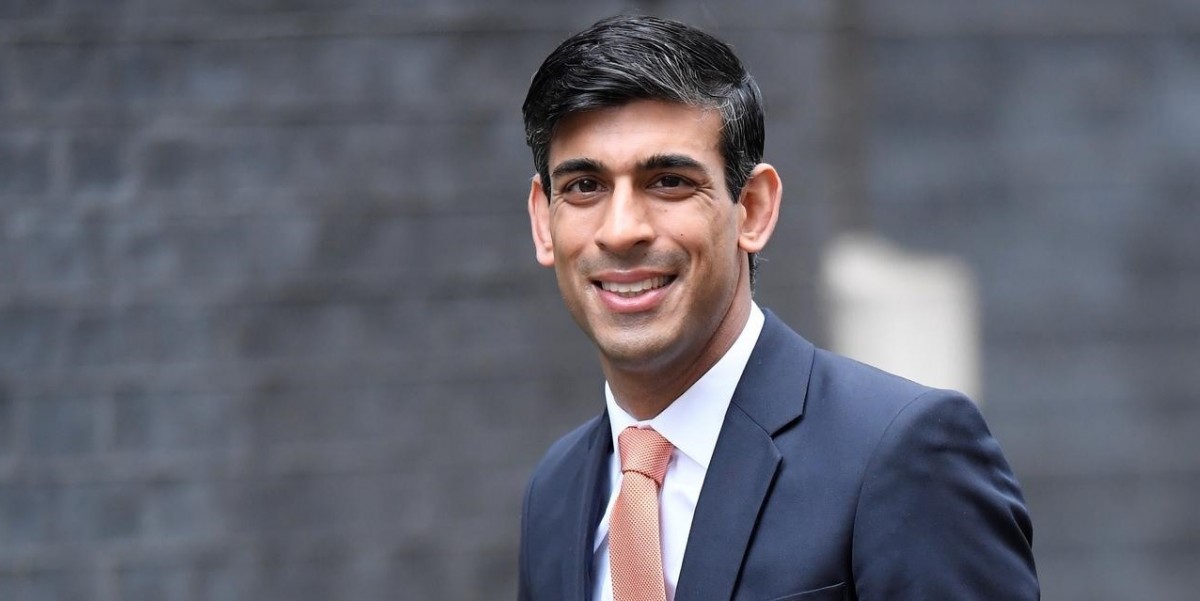 The head that rolled most noisily in Boris Johnson’s cabinet reshuffle was Sajid Javid. He resigned as the UK’s chancellor of the exchequer following an order from the prime minister to sack Javid’s team of advisers. It makes Johnson the latest in a very long line of new, emboldened prime ministers attempting to subdue the Treasury.

History suggests, however, that the Treasury always bounces back. More often than not, this results from short-term financial constraints that end up deflating any ambitious plans for economic transformation.

It’s a pattern that’s rumbled on through the past century. Sixty years ago, the Conservative prime minister at the time, Harold Macmillan, laid the foundations for a National Economic Development Council. This government body coordinated committees of employers, trade unionists and civil servants to plan the modernisation of major sectors. A former chancellor, Macmillan still wanted one hand on the country’s purse strings.

Labour’s Harold Wilson used Macmillan’s council as the springboard to set up a rival ministry, the Department of Economic Affairs, responsible for long-term economic strategy. Usefully, it also absorbed the prodigious energies of his leadership rival, George Brown.

Then in the 1980s, Margaret Thatcher tried to tie the Treasury’s hands by subordinating monetary and fiscal policy to a set of money supply targets. The eternal elusiveness of these targets only swelled the influence of her special economic adviser, Sir Alan Walters.

This micromanagement of the economy enraged successive chancellors until the explosive resignation of Nigel Lawson in 1989. To push through her programme of sharp spending cuts, Thatcher also created a “star chamber” of ministers to judge any colleagues that wanted to spend more than she wanted.

Tony Blair’s act of confining Gordon Brown to Number 11 for ten years before handing him the top job just a year before the global financial system imploded, now looks like a masterclass in shutting your rival out of the banquet, only letting them in to scrub the wine-stained carpet and clear the empty plates.

Every newly arriving prime minister wants to take control of long-term economic strategy and coordinate big spending decisions. They would rather the Treasury manage day-to-day finances and focus on the minutiae of contract management and tax.

The UK got through the second world war with a comparable arrangement, helped by the economist John Maynard Keynes. Ministers would decide what they needed to spend and the Treasury would find the money. Post-war Labour prime minister Clement Attlee managed to continue the arrangement for two years with the pliable Hugh Dalton as chancellor.

But Number 10’s efforts to annex Number 11 have always come unstuck. There is invariably a crisis that forces the Treasury to reassert control, at which point sheep-like chancellors find teeth or are swept aside by a lion.

Dalton’s November 1947 resignation opened the door to Sir Stafford Cripps. He put the Treasury back in charge – strategically and financially – to fend off a credit crunch and a run on the pound. This mobilised the funds for nationalising various industries and expanding the welfare state.

Labour’s Department for Economic Affairs and economic National Plan did not long survive the 1967 devaluation of the pound. George Brown was pushed sideways into the Foreign Office and Wilson’s new chancellor, Roy Jenkins, brought the long-term vision back under Treasury control. Thatcher’s 1990 fall, after a backlash led by former chancellors Geoffrey Howe and Nigel Lawson, allowed Kenneth Clarke to stage a similar recapture. He was helped along by Black Wednesday, when Britain crashed out of the EU’s Exchange Rate Mechanism, which became a monument to newly-elected John Major’s economic overreach.

Ironically, Boris Johnson’s chosen role model seems to be the least successful Treasury-tamer – Winston Churchill. According to Treasury historian Richard Holt, Churchill was forced to make Rab Butler his chancellor through lack of suitable alternatives. In 1951 he sought to appoint an “overlord” to replicate the cross-departmental financial control he had enjoyed during wartime.

As Holt recounts in his chronicle of past wars between the Downing Street neighbours:

The ex-chancellor John Anderson refused the assignment, realising that the arrangement could only cause trouble. Instead, Churchill had to content himself with asking an elderly but trusted ex-civil servant, Arthur Salter, to take up a junior post in the Treasury.

The new prime minister hopes that a shared advisory team will ensure the Treasury finances his ambitious spending plans. But there is a range of looming threats that could set off alarm bells in Number 11: a stagnating economy, an intractable current account deficit that leaves the pound’s stability dependent on inward investment, the turbulence of post-Brexit trade negotiations, China’s economic slowdown, and a scale of domestic debt that makes the private sector vulnerable to any rise in interest rates.

With economic forecasts suggesting the UK’s GDP growth won’t exceed 1.5%, even if it gets a favourable EU deal, while demand on the NHS and other public services keeps rising, the government will have to watch its discretionary spending even if recession is avoided. This sets the stage for new chancellor, Rishi Sunak to break free of any puppet strings, or be swept aside by a Treasury insider who can.