Detractors argue that the timing of the interview with CNN has been chosen carefully to distract from the myriad problems that face Merkel's coalition, but the issues she addressed in the interview are clearly dear to her heart. In case you were wondering: Angela Merkel is still chancellor of Germany. In fact, if all goes to plan and the grand coalition of her Christian Democrats (CDU), their Bavarian sister party, the Christian Social Union (CSU), and the Social Democrats (SPD) doesn’t implode prematurely, her tenure is set to run until 2021, when the country goes to parliamentary polls.

Never one to hog the limelight, at least not overtly, she has over the past few weeks been conspicuous by her absence and apparent reluctance to step in and get involved in day-to-day politics, preferring to leave that in the hands of her successor as party leader and heir apparent as chancellor, Annegret Kramp-Karrenbauer.

Now, however, Merkel has broken her silence and given a wide-ranging interview to CNN’s Christiane Amanpour, discussing everything from the European elections to the renewed rise of anti-Semitism in Germany.

Angela Merkel: “We have to give better answers” on fighting climate change.

“That is also for my party of course a challenge now.”https://t.co/681FATTuMP

While acknowledging and welcoming the fact that more people voted in the elections for the European Parliament last week than had five years ago, Merkel warned that Germany must be vigilant in the face of nationalist and populist movements that are increasingly garnering mainstream support across the EU. “In Germany, obviously, they always have to be seen in a certain context, in the context of our past, which means we have to be that much more vigilant than others.”

The rise of nationalism and racism, Merkel said, is a worrying development and all the more reason to bolster democratic institutions and values. “[That’s] why we are for democracy, why we try to bring about solutions, why we always have to put ourselves in the other person’s shoes, why we stand up against intolerance, why we show no tolerance toward violations of human rights.”

On an election-related note, she conceded that her party and like-minded centre-right parties across the European Union had failed to address issues that are important and dear to young voters, such as climate policy.

The remarkable EU-wide surge of the Greens, who completely owned the issues of climate change, environmental protection and animal welfare, appears to have left a mark on Merkel, who served as environment minister under Chancellor Helmut Kohl and has been dubbed the “climate chancellor” because of the support she has expressed for clean energy initiatives.

The Greens’ success, she said, is a “challenge for us to find even better answers and solutions to these issues. Above all, we have to drive home the point that we will stick to the objectives we have set ourselves.” 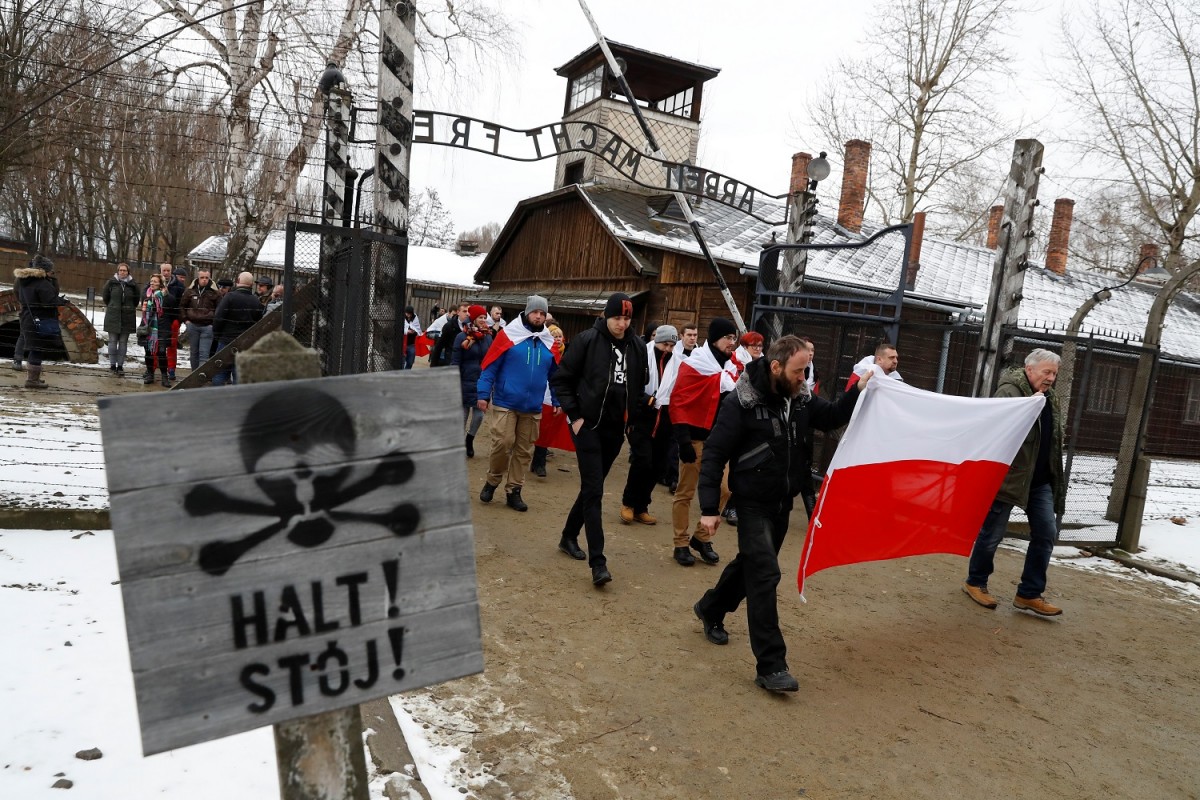 Merkel used the interview to air her concerns about the rise of anti-Semitism, saying Germany “always had a certain number of anti-Semites among us, unfortunately.”

The government’s anti-Semitism commissioner, Felix Klein, recently caused a stir for saying he “cannot recommend to Jews that they wear the skullcap at all times everywhere in Germany.” Merkel also condemned the fact that “there is to this day not a single synagogue, a single day care center for Jewish children, not a single school for Jewish children that does not need to be guarded by German policemen.” She conceded that “unfortunately, over the years we have not been able to deal with this satisfactorily.”

The issues Merkel addresses in the interview are clearly dear to her heart. Detractors may argue that the timing of the interview is not a coincidence and that she’s chosen it carefully as a sleight of hand to distract from her coalition’s myriad problems, especially the disconnect with voters who have flocked to the Greens or the far-right Alternative for Germany.

Whatever her motives may be, she has at least dispelled rumours of a premature demise as chancellor.