In the early 20th century, American Hindu leaders like Swami Trigunatita refused to join the struggle against British colonialism. Today, they support Hindutva despite the threats it poses to democracy in India. Protestors at the 'Howdy, Modi' rally in Houston, Texas on September 22, 2019. Photo: Alliance for Justice and Accountability 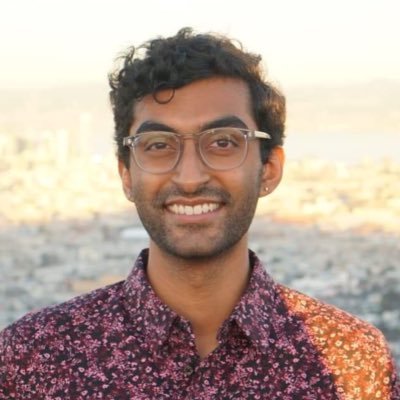 These are just a few allegations that get thrown my way on a regular basis on Twitter, due to the fact that I work for one of the only Hindu organisations in the US that oppose the political ideology of Hindutva. An upcoming academic conference on Hindutva has sharpened the divide between American Hindus who believe in progressive politics and those that do not. These tensions may seem surprising to outsiders – after all, Hindus make up just 0.5% of America’s population. But if we look to history, we see that many of these tensions were present from the very beginnings of Hinduism in the US.

Also Read: Audrey Truschke and the Blitzkrieg from the Hindu Right

Swami Trigunatita and the student activists of Berkeley

On January 3, 1903, Swami Trigunatita arrived in San Francisco to guide the Vedanta Society of Northern California. Trigunatita was a direct disciple of the Bengali mystic Ramakrishna Paramahamsa, and a “brother disciple” to Swami Vivekananda, who famously introduced Hindu traditions to the US and established the Society in 1900. He was around 40 years old when he arrived in the US, and the Hawaiian Star described him as “a learned scholar and one of the most able of the teachers of Hindooism.” Within a few years of his arrival, Trigunatita spearheaded the construction of the first Hindu temple in the country, which was dedicated on January 7, 1906.

Despite being a target for racist attacks and harassment, Swami Trigunatita did not shy away from speaking out on politics. Rather, as historian Nico Slate writes in Lord Cornwallis Is Dead, “Trigunatita defied the stereotype of the reclusive guru.” He wrote numerous articles “on such sensitive contemporary issues as Hindu immigration, San Francisco politics, and American involvement in World War I.”

In fact, Trigunatita publicly identified as a socalist and sought to integrate his socialist views with Vedanta, writing articles and giving lectures with titles such as ‘Vedanta and Socialism’ and ‘The Future of the United States as Seen by a Vedantist’. In 1910, he delivered an address to San Francisco’s Socialist party with the authoritative title ‘Every Man and Woman Is a Born Socialist’.

However, Trigunatita’s openly progressive politics had their limits. Specifically, he was actively hostile to young Indian students in the Bay Area who were organising to overthrow British colonial rule in India.

By the beginning of the 20th century, a number of Indian students had started coming to American educational institutions like the University of California, Berkeley. Around the same time that Trigunatita arrived in San Francisco, another Hindu monk, Swami Ram, founded an association to help Indian students pay for college in the US. After this swami’s demise, the organisation was passed on to two young students, G.N. Mookerjee and Taraknath Das, who were also Indian anti-colonial activists. Lacking funds to continue the organisation, Mookerjee and Das approached Trigunatita for assistance. Initially, Trigunatita allowed these young students to stay in a room in the temple’s basement. However, when he learned that they were anti-colonial activists, he kicked them out of the temple, saying that “his society would never be mixed up with any matter affecting the British Rule in India.”

This was only the beginning of Trigunatita’s encounters with student activists. At the same time that he was speaking to American audiences and publishing political articles in his journal, The Voice of Freedom, Trigunatita was also working to curtail anti-colonial organising among Indian students. Trigunatita tried to encourage Indian students to “give up” politics, and told one young activist, UC Berkeley student Sarangadhar Das, that “if you are in politics we cannot have any connection with you.”

Trigunatita even went so far as to help the British government spy on these students. He worked closely with William Charles Hopkinson, an immigration agent who was hired by the Canadian and British governments to keep track of Indian anti-colonial activism on the West Coast. Trigunatita sent Hopkinson copies of letters he received from Indian students like Sarangadhar Das, and met him on multiple occasions to brief him on the activities among the anti-colonial student activists of Berkeley. In a 1911 letter to Canada’s deputy minister of the interior, Hopkinson wrote: “Regarding Swami Trigunatiti [sic] of the Vedanta Society, I am quite assured that we at least have one loyal East Indian … in this city.” 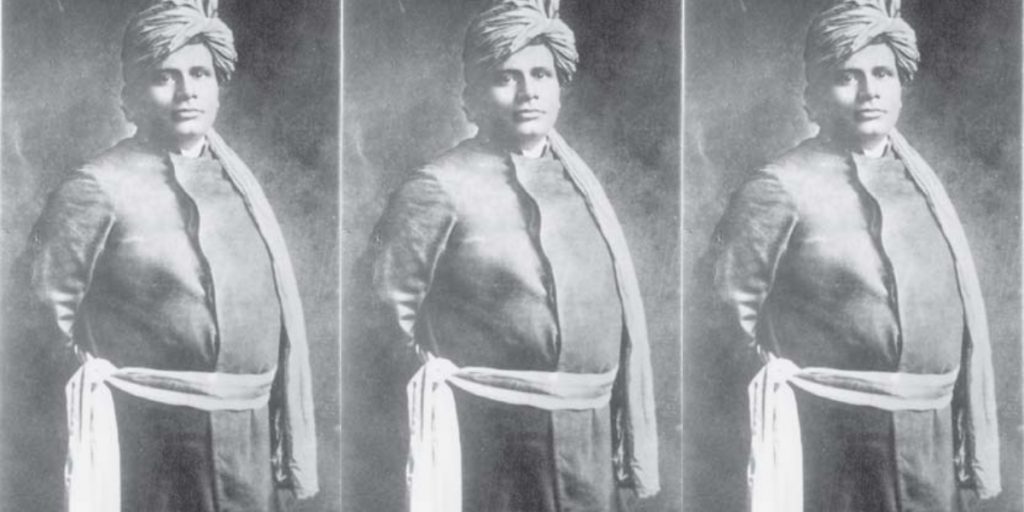 Over a century after Trigunatita’s death in 1914, the American Hindu landscape is more vibrant than he could have possibly imagined. Hindu temples have been constructed in nearly every major city in the US, and we see Hindu student groups active in universities across the country. On the national level, a number of organisations have been established to serve as public voices for American Hindus.

Sadly, many of these organisations are displaying the same biases and behaviours that we saw with Swami Trigunatita over a century ago.

Just as Trigunatita spoke and published articles on social and political issues, American Hindu organisations have put out statements on topics as varied as racial justice, LGBTQ+ equality, and Indigenous land rights, among others. However, just like Trigunatita, they have their limits when it comes to Indian politics. Mirroring Trigunatita’s hostility to students who spoke out against British colonialism in India, many American Hindu organisations have displayed a ferocious opposition to Hindu students and activists who speak out against Hindu nationalism or Hindutva, the violent political ideology that holds sway over India today.

Last year, an interfaith student group called SAHI (Students Against Hindutva Ideology) organised protests against Hindu nationalism across American college campuses. Held a week before the spring festival of Holi, these Holi Against Hindutva rallies were vociferously opposed by American Hindu organisations such as the Vishwa Hindu Parishad of America (VHPA), Hindu Students Council, and others. The fact that many of the student organisers were Hindus themselves didn’t stop figures such as Suhag Shukla, executive director of the Hindu American Foundation, from branding the protest as “an anti-Hindu project.” Echoing Swami Trigunatita’s call for Indian students to “give up” political organising, Shukla called on the student organisers of SAHI to “leave dharma, our festivals [and] our traditions alone.”

American Hindu organisations haven’t just targeted students for speaking out against Hindutva – they are also going after academics. Groups like VHPA, CoHNA (Coalition of Hindus of North America), Hindu on Campus, and others have launched an all-out attack on an upcoming academic conference called Dismantling Global Hindutva. As the title indicates, the topic of the conference is the 100-year-old political ideology of Hindu nationalism/supremacism, not Hindu religious traditions. Although many Hindus (including myself) support this conference and all efforts to tackle Hindu supremacist politics, some Hindu groups have claimed that the conference is secretly a front for “advancing bigotry and Hinduphobia.”

Clearly, American Hindu communities are at a turning point. So where do we go from here?

If we look back to history, we saw that Swami Trigunatita and Hopkinson were ultimately unsuccessful in thwarting Indian anti-colonial activism in the US. A year before Trigunatita’s death in 1914, Indian students and other activists in San Francisco founded the Ghadar Party, and by the 1920s the anti-colonial movement in India picked up momentum, culminating with the end of British rule in 1947.

Today, we see American Hindu organisations in a similar position. Will they continue to back the government in power and defend its Hindutva ideology? Or will they see the error of their ways, and join the majority of Indian Americans, who believe that Hindu supremacism poses a threat to India’s democracy? Over a century after Swami Trigunatita’s attempts to uphold British colonial rule over India, American Hindu leaders and organisations have an opportunity to show moral courage and stand on the right side of history. It isn’t too late.

Nikhil Mandalaparthy is advocacy director at Hindus for Human Rights. You can follow him on Twitter @nikhiletc.