A Personal Account of Border Crossing Reveals the Deep Ties Between Nepal, China

An excerpt from 'All Roads Lead North: Nepal's Turn to China' book sheds light on how the neighbouring countries moved close to each other in the past few years, with implications for geopolitics. At Rasuwagadhi border crossing, which Chinese maps from the 1792 war call ‘Resoqiao’ or ‘Iron Chains Bridge’, dust is the norm. The walls of the fort where Gorkhali soldiers held off the Qings in a three-day battle were rebuilt by the Nepal Army after it collapsed during the 2015 earthquake. The region’s delicate geology has been further destabilised by the earthquake. Landslides are commonplace; in Timure, about 3 km from the border, a yellow house is submerged in a sea of mud, a macabre memorial to the nine people who died in a landslide here in 2018.

The fragile geology has not stopped Rasuwa from turning into a construction hub. Land prices in Timure have shot up in expectation of the dry port that the Chinese government-owned Tibet Fuli Construction Group Company Limited plans to build here, at an estimated cost of 124 million RMB, and hand over to Nepal. Just 400 metres south of the border crossing, China International Water and Electric Corporation is the lead contractor for the 110 MW Rasuwagadhi hydropower project. The road to Syabrubesi is being built by Tibet Tinalu Company Ltd. At Rasuwagadhi itself, where the Lende River meets the muddy waters of the Gyirong Zangbo, the Chinese are building a new ‘friendship’ bridge to replace the makeshift bailey bridge installed after the quake. Just before the border post, a Chinese driver struggles to turn his excavator towards the parking bay; his gearbox is leaking oil, and every time he presses the accelerator, a cloud of dust envelops us. The sound of the river is drowned by the industrial hum of excavators, bulldozers and drills. Trucks wait their turn to cross the border into China, a queue that stretches for kilometres. ‘They have to wait for days sometimes,’ Krishna, my driver, tells me. 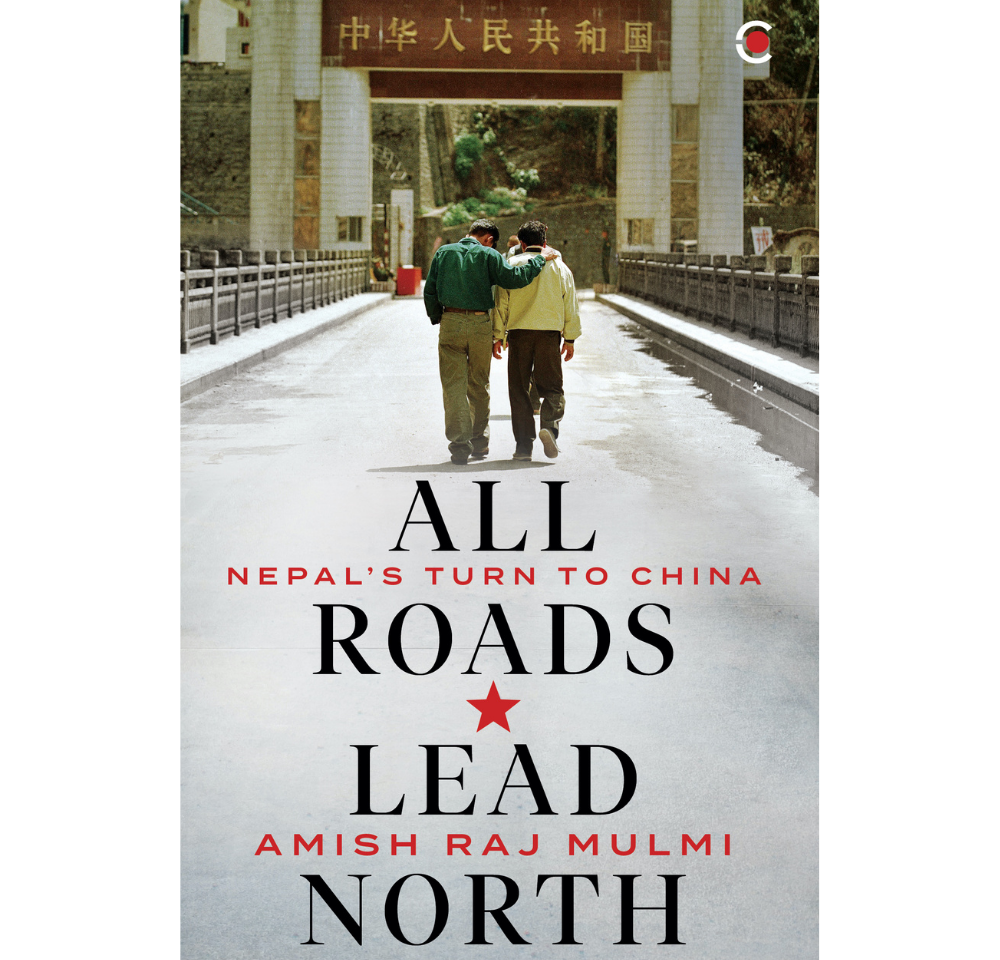 We cross the border in a group of seven: a Nepali customs official posted in Timure is here with his two sons, two other locals and Krishna and I. As we walk across the bailey bridge, the difference between the two countries has never felt starker. While dust marks the Nepali side, an order fashioned out of concrete marks the Chinese one. The immigration centre and cargo terminal is new, built after the earthquake; as recently as 2006, a two-floored building marked the Chinese side. ‘The Chinese are able to build whatever they want to build,’ Krishna says. If the Chinese intended to shock and awe, they have succeeded.

A Nepali armed police official assists us and tells the Chinese immigration officer we are all going ‘shopping’. Nepalis can cross the border to shop at the supermarkets on the Chinese side with documentation; if I had brought my citizenship card, I could get a twenty-four-hour pass that would allow me to go up to Gyirong town, about 25 kms away. But no such documents are needed here; instead, the Chinese immigration officer lines us up and clicks a picture. Once out of earshot, my driver tells me all seven of us now have to return together, else the Chinese authorities will detain us.

I take my first steps in China, marvelling at the sudden change in spatial realities. The dust and din of Nepal seems like a thousand kilometres away. Nepali trucks queue up on a massive four-lane concrete road, in a show of distinctly non-Nepali discipline. The rugged hills that are the bane of Nepali highways have been tamed by human engineering here. Behind the terminal is a three-storeyed building, the ground floors of which are taken up by departmental stores selling everything from mosquito repellents to Lhasa beer at wholesale prices, and restaurants advertising Chinese and Nepali foods. The smell of apples lingers in the air. At Bhrikuti Tara, a restaurant owned by a Nepali, I meet a few truck drivers who are bringing in the fruit from China. ‘No apples are coming from India because of the Indian elections,’ one of them tells me.

The Rasuwa–Gyirong border crossing was the only inland trade route between Nepal and China between 2015 and 2019, when the Tatopani–Zhangmu border crossing reopened after four years. While the Tatopani crossing may be closer to Kathmandu, the Rasuwa crossing allows for easier transport to Nepal’s other cities. In 2018, Rasuwa exceeded its revenue collection target by 26 per cent, and at least 900 trucks carried cargo between Nepal and China. Even trucks that operated on the Tatopani border had shifted here. ‘The Tatopani truck owners are ready to ferry goods for NPR 75,000–80,000 per trip because they do at least two to three trips per month. But Rasuwa locals have been demanding at least NPR 110,000 per trip,’ Krishna, who also owns one container-truck, tells me. ‘We’ve been negotiating fares. Let’s see what happens.’ He is a part-time local politician who knows the inner workings of the system, comfortably disembarking to direct traffic at the border. He knows a Nepali woman who married a Chinese man and now lives in Gyirong, and asks me if he should buy some land in partnership with them and grow some vegetables to sell to the Chinese. ‘I am sure the money will be good.’ I know little about the sales potential of such a venture, but it seems like an excellent idea on paper, so I don’t deter him.

The customs official who crossed over with us peeps into the shop and asks whether we intend to return soon. He is done with his shopping; he has bought walnuts, canned juice, noodles and a few things I cannot recognise. ‘There’s no rush. We can leave once you have finished up,’ he says, and returns to his sons, who sit on the pavement outside.

Behind the shopping centre is a ridge dotted with lungtas, Tibetan prayer flags, strung up on rockfall fences. Just as we are ready to go back, Krishna rushes into a shop and emerges with a twenty-roll pack of toilet paper. ‘It’s much cheaper here,’ he says. All of us begin comparing prices. The bag of walnuts, at NPR 400, is a steal; so is the beer at NPR 100 a can. Our little excursion into China comes to an end when the seven of us walk inside the departure building. Another official asks us to line up, looking carefully at her mobile phone, and instructs one of us to remove his cap. Once outside, we pull up our masks and cross the bridge back into dusty Nepal; almost immediately, a traffic jam greets us. A truck hired by the Nepal Army to bring back ammonium nitrate for explosives from Gyirong has blocked the way, and a police officer with greying hair is almost apoplectic with rage. As we park our vehicle to a side, one of the customs official’s sons points to a Chinese man smoking by the roadside. ‘Isn’t he the same guy who refused us a lift yesterday?’ he asks his brother.

Extracted with permission from All Roads Lead North: Nepal’s Turn To China by Amish Raj Mulmi, published by Context, an imprint of Westland Publications, March 2021