After Monday's Massacre, Boycotting Israel is the Best Way the World Can Fight Back

The recent history of South Africa tells us that boycott movements can effect profound change if enough of us take up the call. 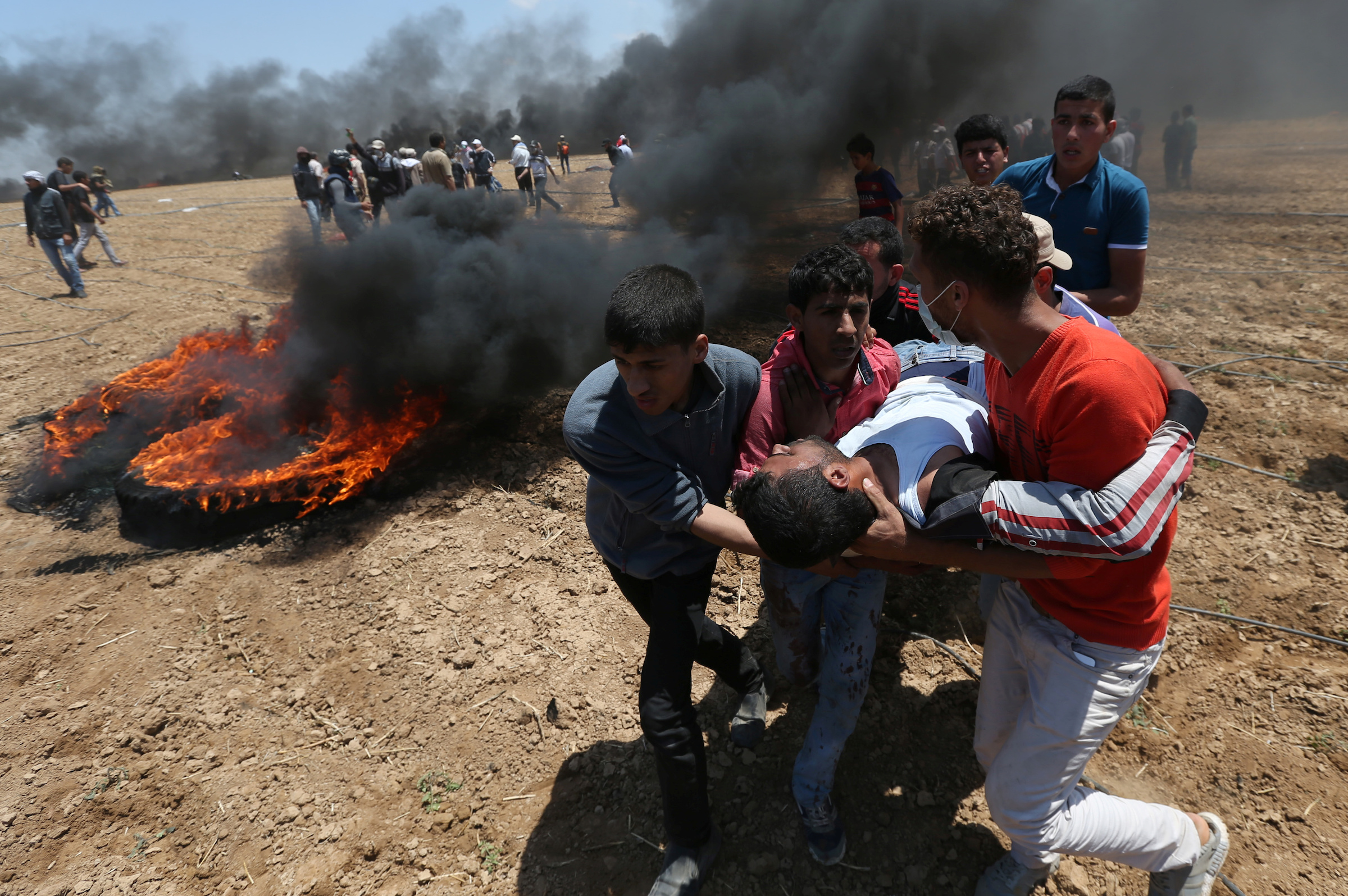 A wounded Palestinian demonstrator is evacuated during a protest against U.S. embassy move to Jerusalem and ahead of the 70th anniversary of Nakba, at the Israel-Gaza border in the southern Gaza Strip May 14, 2018. Credit: REUTERS/Ibraheem Abu Mustafa

This is the sixth article in the series, ‘Notes from Occupied Palestine’. You can read the earlier pieces here.

May 15, 2018 marks the convergence of three events in Palestine, each with the potential of sparking unrest and violence. The combination of the three portended grave consequences and what happened on Monday with 55 Palestinian civilians gunned down by Israeli soldiers at the Gaza border is confirmation of how dire the situation is. Here, we examine each of these events in their present and historic contexts.

Exactly 70 years ago on May 15, 1948, the state of Israel came into existence. By 1949 it had attained a Jewish majority of nearly 81%, controlling 78% of the land that is called historic Palestine – the land between the Jordan river and the Mediterranean Sea comprising what is today Israel, the West Bank and Gaza.

At the end of 1947, however, Jews constituted only 33% of the population and controlled only about 7% of private land in historic Palestine. They had also been a minority in every single district.

How could such a large change in demographics have come about in such a short span?

In the period from 1947 to 1949, three quarters of a million Palestinians were rendered refugees, over 400 Palestinian villages were either destroyed or repopulated by the newly arriving Jewish immigrants, and Zionist militias committed multiple massacres of Palestinians. These refugees and their descendants now number in the millions and are scattered in refugee camps across the Arab world. 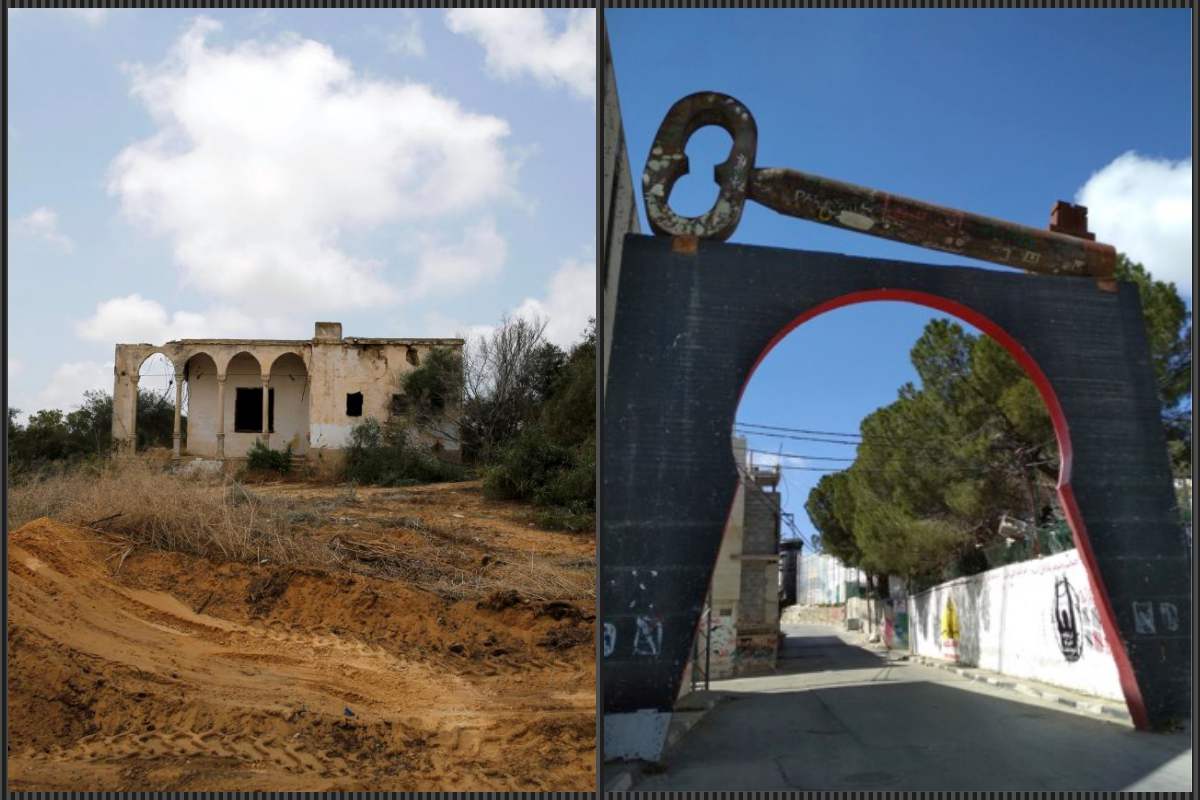 LEFT: An old Arab building, which was part of the Palestinian village of Hiribiya, is seen in Kibbutz Zikim, Israel May 11, 2018.Credit: REUTERS/Amir Cohen. RIGHT: A symbolic key and keyhole on a street in the Aida refugee camp in Bethlehem, West Bank reminding people of the homes they were expelled from in 1948 and later. Credit: Chirag Dhara

Palestinians commemorate May 15 as the Nakba, the day of catastrophe. It embodies the deprivation and destruction they suffered, a situation that continues to date.

Every year, Palestinians in Israel, in the occupied West Bank and Gaza, and solidarity organisations around the world mark the day with marches and protests.

The Gaza marches demanding the right of return for Palestinian refugees

*  “Everyone has the right to leave any country, including his own, and to return to his country.” reads Article 13 of the Universal Declaration of Human Rights.

*  “No one shall be arbitrarily deprived of the right to enter his own country.” reads Article 12 of the International Covenant on Civil and Political Rights.

*  “Individual or mass forcible transfers, as well as deportations of protected persons from occupied territory to the territory of the Occupying Power or to that of any other country, occupied or not, are prohibited, regardless of their motive.” reads Article 49 of the Fourth Geneva Conventions on the Protection of Civilians in Time of War.

Israel grants the ‘Right of Return’ to every Jewish person around the world. They may “return” to Israel irrespective of which country they are citizens of and gain Israeli citizenship. Their decision to do so is eased by a raft of generous benefits that Israel grants them, such as a free one way ticket to Israel, free transportation from the airport, financial assistance for 6 months, free health insurance for one year and income tax benefits for 3.5 years. 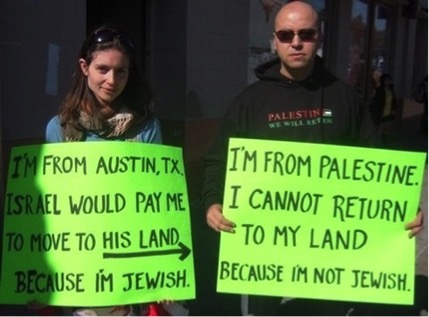 But the same rights are denied by Israel to Palestinian refugees expelled from the land in 1948. Their rationale is that this would threaten the Jewish majority demographics of Israel.

There has been an unprecedented phenomenon unfolding in Gaza since end March 2018. An embattled and besieged people have started a spontaneous non-violent grassroots movement called the Great Return March demanding the Right of Return to their homes in Israel.

Every week on Friday since March 30, 2018, tens of thousands of Gazans have camped out near the borders barbecuing, baking traditional bread, enjoying wedding celebrations and camel racing. A small minority of protestors have thrown stones and Molotov cocktails but the demonstrations have been largely peaceful.

In response to the announcement of the marches, Israel stationed 100 snipers at the borders and issued stark warnings on their willingness to use lethal force to “ensure Israel’s security”. A day prior to the march, 972Mag ran a prescient story titled “How Israel is predetermining a violent outcome for Gaza return march”.

They were right. Over 1,400 Palestinians were injured and 15 killed on March 30 in Israeli military action that Human Rights Watch decried as unlawful and calculated. There were no injuries on the Israeli side. “Nothing was carried out uncontrolled; everything was accurate and measured, and we know where every bullet landed,” Israel’s military tweeted the day after the violent assault. “There are no innocent people in Gaza”, stated Israel’s defence minister Avigdor Lieberman later.

In the past seven weeks of weekly Friday marches, the UN office for the Occupied Territories reports that nearly 10,000 Palestinians have been injured, 5,000 of them hospitalized and 41 killed during demonstrations. Now on May 14, at least 55 more have been shot dead.

Even after seven weeks, there have been no injuries reported on the Israeli side.

The US embassy move to Jerusalem

Adding to this turmoil, the US embassy in Israel was moved from Tel Aviv to Jerusalem on May 14.

To understand the significance of this move, we need to look back at recent history. The UN partition plan in 1947 recommended partitioning historic Palestine into an Israeli and a Palestinian state. Jerusalem was to be an internationally administered city given its religious significance to Jews, Muslims and Christians alike. Following the war in 1948, Israel took control of West Jerusalem while Jordan took control of East Jerusalem. Following 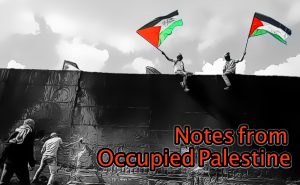 the six-day war in 1967, Israel also occupied East Jerusalem and subsequently claimed the city in its entirety as the capital of Israel. However, Israel’s unilateral annexation of East Jerusalem through war has been repeatedly and consistently rejected by overwhelming majorities in multiple UN resolutions. The international consensus has maintained that Jerusalem is a “final status issue” meant to be discussed between Israeli and Palestinians leaders after other outstanding issues have been resolved. In accordance, most countries have remained neutral by maintaining their embassies in Tel Aviv rather than Jerusalem.

The US embassy move effectively predetermines Jerusalem’s final status as the “undivided” capital of Israel in complete disregard of Palestinian claims to East Jerusalem and the international consensus.

The timing of the embassy move raises many questions. There was never a “good day” on which to move the embassy. But by timing it with the Nakba, the US has chosen to deliver the worst possible humiliation to the Palestinians. This is despite the fact that it is guaranteed to evoke anger and frustration.

There are other repercussions. If Jerusalem is accepted as Israel’s capital in its entirety, it effectively suggests that there is no occupation in Jerusalem, and by extension in the West Bank. That may ease formal Israeli annexation of large parts of the West Bank in the future.

The converging cocktail of incendiary factors has made mid-May this year one of the most volatile times since the Israeli attack on Gaza in 2014 that killed 1,500 Palestinian civilians. It portends escalating large-scale violence,  in which it is the Palestinians who would face overwhelming losses as seen on Monday.

Governments around the globe seem mute spectators. Even the UN comes through as a helpless bystander in this human tragedy unfolding before us.

People step in where governments fail

One of the very few things empowering about the situation in Palestine is the solidarity from support groups around the world.

Palestinian civil society has called for Boycott, Divestment and Sanctions (BDS) on Israel, similar to the international movement that isolated the Apartheid regime in South Africa.

The BDS movement seeks the boycott of Israeli products, economic sanctions against Israel and withdrawal of investments in the country until such time as it recognises the Palestinian people’s right to self-determination and complies with international laws by ending the occupation.

Responding to this call, thousands of artists around the world (Irish, South Africa, US, Latin America) are refusing to perform in Israel today, including global super stars like Roger Waters, Lauryn Hill and Chuck D.

Holocaust survivors, Israeli historians, and the late scientist Stephen Hawking, among scores of others, have also endorsed a boycott of Israel. 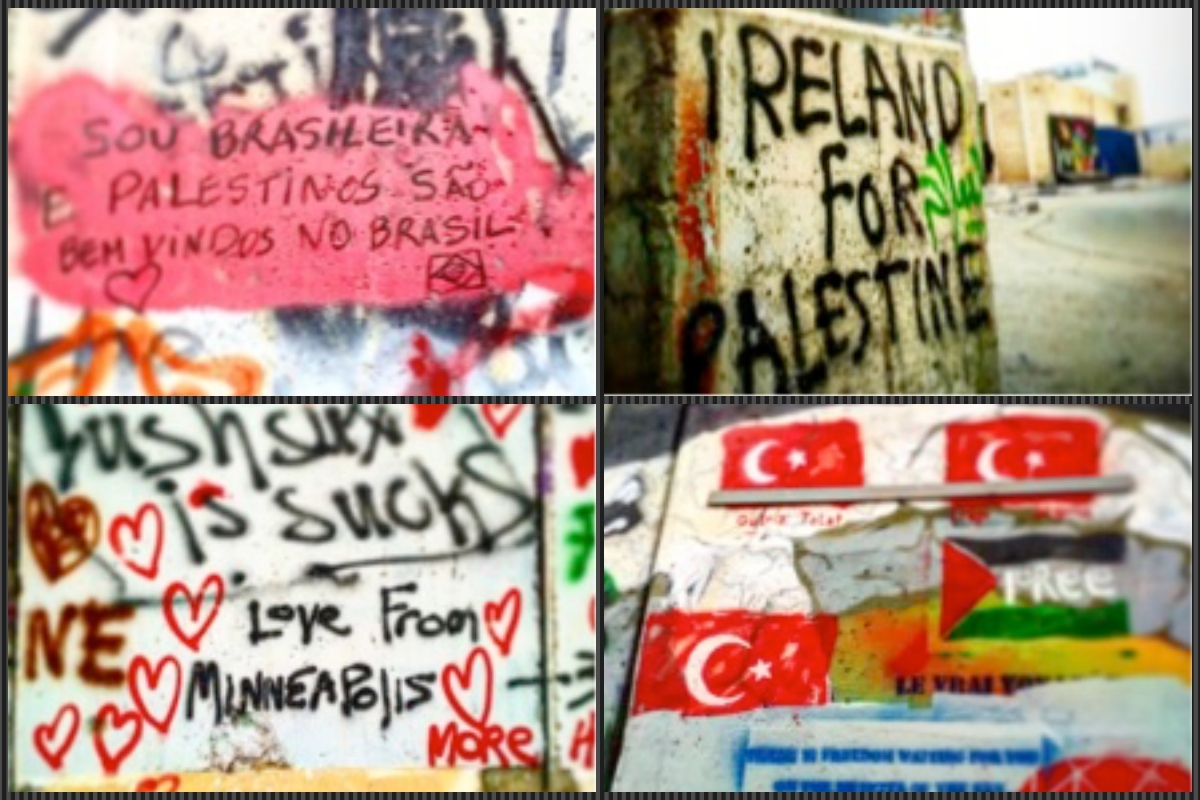 Graffiti expressing solidarity on the Palestinian side of the Segregation Barrier by people from around the world. Credit: Chirag Dhara

There are a whole host of specific actions that we can take as individuals or communities. For instance, a recent call advocates boycotting HP products because of its complicity with the Israeli occupation technology and taking action against HSBC bank to end its complicity in the Israeli arms trade. Several other examples are listed on the BDS website, each of them imminently actionable, sometimes needing nothing more than a social media account.

BDS has had several recent successes. Some examples are the Israeli state water company losing contracts across countries and Israeli ships being blocked from docking at ports across the world. It is clear that BDS can be as powerful as it is peaceful.

The recent history of South Africa tells us that boycott movements can effect profound change if enough of us take up the call.

The ball is now in our court.