A Lesson for India in Joe Biden's Economic Gambit

The US government's two COVID-19 recovery packages combine to 25% of the country’s GDP in 2019. 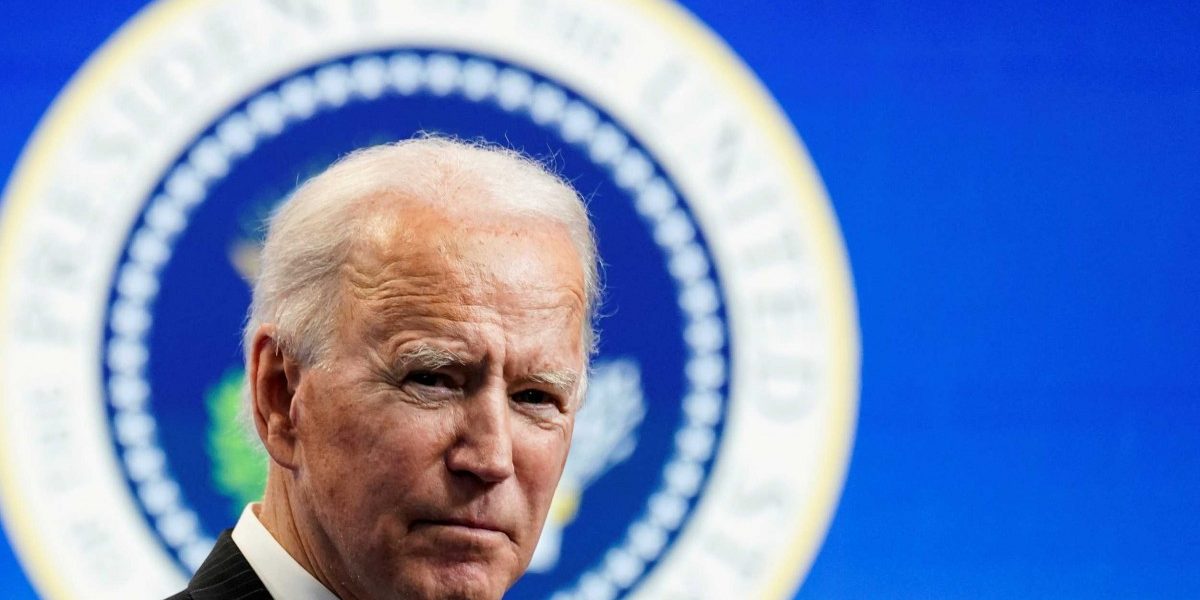 US President Joe Biden speaks speaks during a brief appearance at the White House in Washington, US, January 25, 2021. Photo: Reuters/Kevin Lamarque/File Photo

For most Indians, pairing US President Joe Biden and their country is likely to lead their thoughts to the meeting of the members of the Quadrilateral Security Dialogue (Quad) which took place last week. There is, however, another connection between the two; one, arguably, of greater and immediate importance.

This is the relevance for India of Biden’s first act since assuming office as the president of the United States. Economists across the world watched in shock and awe as he stewarded an economic relief bill amounting to $1.9 trillion through Congress a little before the Quad met. The sheer scale of the provision is appreciated when we recognise that this is close to 9% of US GDP in 2019, the pre-pandemic year. It comes on top of the stimulus of $3.5 trillion undertaken by the Trump administration. These two packages combine to 25% of the country’s GDP in 2019.

This is not just an unprecedented stimulus, it is an economic intervention on a gigantic scale. It included cash transfer to a very large number of households, extension of unemployment benefit payments for six months, an allocation to state and local governments to spend as appropriate in the current situation and payment for vaccine distribution. The vision underlying this grand outlay is contained in Biden’s quotation that the bill will rebuild “the backbone of this country”. It reflects a deep understanding of how the US had been scarred by the pandemic, the suffering it has caused and the crucial role of the state in taking the country out of the morass by engineering a recovery. Also, it represents the leveraging of economic ideas for the public purpose.

By comparison with the US government response to COVID-19, what we have seen in India so far is depressing for its small-mindedness. The latest issue of ‘The Fiscal Monitor’ published by the IMF shows additional public expenditure by the central government up to December 31 in response to COVID-19 amounting to 3.1% of GDP. The counterpart figure for the US is 16.7%. Of this, the spending on health was a mere 0.2% for India and 2.3% for the US. (We know that mortality from COVID-19 across the states of India is quite strongly related to health spending.)

The Biden stimulus came after one of $3.5 trillion had taken place. In India, the vehicle for the second round of spending was the recent budget. While it has been lauded by industry for its clarity and the boldness with which it has approached the sacred cow of the public sector by speaking of privatisation, it had in it neither a measure to alleviate short-term hardship nor a serious plan for recovery. How can there be one if at a time of acute demand shortage the budgeted increase in expenditure of the Central government is less than 1%? And, when the budgeted increase in expenditure of the Central government and public enterprises combined is actually negative?

There can be two interpretations of why the government has provided such a tepid response to the once-in a-century external shock that COVID-19 was. The first is that it is in the grip of an economic ideology that discourages active government intervention. The ideology was ejected as part of the Keynesian Revolution in economics only to come through the backdoor in a United States that has a strong anti-government constituency.

The heyday of this view was in the 1990s after the collapse of the Soviet Union. It would receive its come-uppance during the North Atlantic Financial Crisis of 2008 when US banks, having  engaged in malfeasance, dragged its economy to the precipice. The US government had to resort to the principles of Keynesian economics to pull it back. Within the economics profession there is now a fair consensus that the Great Recession did not morph into another Great Depression only due to timely government intervention. There has, in the West, harking back to the laissez-faire worldview of the 18th century, always been a strong pushback to any kind of government intervention.

Also read: As the Rich Receive State Patronage, Modi Has Left the Poor to Be ‘Atmanirbhar’

The Indian government, despite its nationalist credentials, appears to be strongly influenced by this worldview. On the other hand American politicians, whether Democrat or Republican, are willing to see economic ideas for what they are, as our servants rather than our masters. It is only a slavish attachment to the laissez faire principle that can lead a government to maintain expenditure during a collapse in output as we saw in the most recent budget. Or when the urban unemployment rate rose to 21% during the lockdown quarter, having been less that 10% before.

The second interpretation of the inaction of the Government of India to the suffering of a population experiencing fatigue, dejection and despair about the future is that it simply does not care. In his opening remarks at the meeting of the Quad, Prime Minister Narendra Modi spoke of the “shared democratic values” between the US, Japan, Australia and India. As democracy is the coming together of people so that they can flourish, Indians hope that he will take a leaf out of Biden’s book on the economy.