Al-Qaeda should not have survived the unprecedented onslaught by the United States after 9/11, but it has. What is the secret of its resilience? 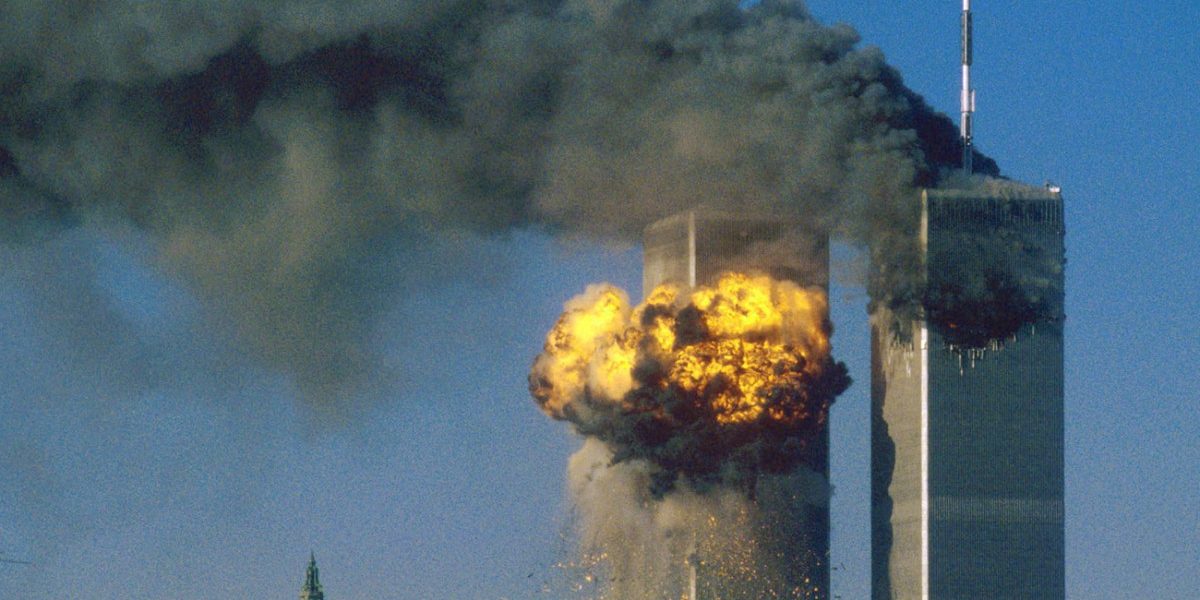 Seventeen years ago, on September 11, 2001, al-Qaeda conducted the most destructive terrorist attack in history.

An unprecedented onslaught from the US followed. One-third of al-Qaeda’s leadership was killed or captured in the following year. The group lost its safe haven in Afghanistan, including its extensive training infrastructure there. Its surviving members were on the run or in hiding. Though it took nearly 10 years, the US succeeded in killing al-Qaeda’s founding leader, Osama bin Laden. Since 2014, al-Qaeda has been overshadowed by its former ally al-Qaeda in Iraq, now calling itself the Islamic State.

In other words, al-Qaeda should not have survived the 17 years since 9/11.

The ties that bind

Much of the credit goes to al-Qaeda’s extraordinary ability to form alliances and sustain them over time and under pressure.

In my book “Why Terrorist Groups Form International Alliances,” I examine why a small number of groups, such as al-Qaeda and IS, emerge as desirable partners and succeed at developing alliance networks.

Understanding terrorist alliances is critical because terrorist organisations with allies are more lethal, survive longer and are more apt to seek weapons of mass destruction. Though terrorist partnerships face numerous hurdles and severing al-Qaeda’s alliances has been a US objective for over a decade, the fact is that these counterterrorism efforts have failed. 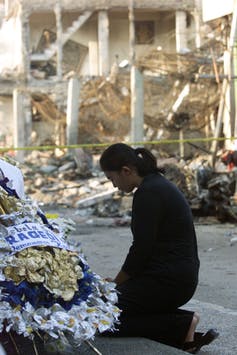 A woman prays at the site of a bomb blast in Bali. Credit: Reuters/Darren Whiteside

It was allies that enabled al-Qaeda to survive the immediate aftermath of 9/11. The Afghan Taliban stood by al-Qaeda after the attack, refusing to surrender bin Laden and thereby precipitating the US invasion of Afghanistan. Fleeing, al-Qaeda was able to turn to allies in Pakistan to hide its operatives and punish the Pakistani government for capitulating to US pressure to crackdown on the group.

It was alliances that helped al-Qaeda continue to terrorise. In October 2002, for example, al-Qaeda’s ally in Southeast Asia, Jemaah Islamiyah brutally commemorated the first anniversary of 9/11 by bombing a bar and a nightclub in Bali, killing more than 200 people and injuring an additional 200.

And it was alliances that allowed al-Qaeda to project viability. With the “prestige” that came with conducting 9/11, al-Qaeda was able to forge affiliate alliances in which partners adopted its name and pledged allegiance to bin Laden.

Al-Qaeda’s first and most notorious affiliate alliance, al-Qaeda in Iraq, was formed in 2004 with Jordanian jihadist Abu Musab al-Zarqawi. Using the standing he accrued through his role in the insurgency in Iraq, Zarqawi then helped al-Qaeda acquire its second affiliate in 2006, al-Qaeda in the Islamic Maghreb. Then, in 2009, al-Qaeda designated its branch in Yemen and Saudi Arabia as al-Qaeda in the Arabian Peninsula. Its alliances spanned the Middle East and helped it to project power, despite the US war on terrorism.

While al-Qaeda still sought affiliates, by 2010, it changed some aspects of the relationships.

Al-Qaeda forged an alliance with al-Shabaab in Somalia, but did not initially publicly announce it or ask al-Shabaab to change its name. Bin Laden justified the shift to a less visible form of alliance as a way to prevent an increase in counterterrorism pressure or a loss of funds from the Arabian Peninsula. He privately expressed concerns that al-Qaeda’s name “reduces the feeling of Muslims that we belong to them, and allows the enemies to claim deceptively that they are not at war with Islam.” Bin Laden’s deputy, Ayman al-Zawahiri, saw the move as bin Laden capitulating to members of al-Qaeda who worried about “inflating the size and the growth of al-Qaeda.” After bin Laden’s death, Zawahiri publicly announced al-Qaeda’s alliance with al-Shabaab, though al-Shabaab still did not adopt al-Qaeda’s name.

The “staying power” of Al-Qaeda’s allies has helped it remain a threat despite the loss of its founding leader in 2011 and the ascent of a far less capable leader. Zawahiri’s rise to the helm of the group was itself the consequence of an alliance between his original Egyptian group, al-Jihad, and al-Qaeda. The alliance culminated in a merger in 2001, with Zawahiri becoming bin Laden’s deputy and successor.

Zawahiri lacks bin Laden’s cachet or diplomatic savvy, and his shortfalls are evident in al-Qaeda’s alliances. His poor handling of the strife between jihadist group al-Nusra in Syria and its parent organization, the Islamic State in Iraq – previously al-Qaeda in Iraq and now known as the Islamic State – led to the alliance rupture between al-Qaeda and its affiliate in Iraq.

Zawahiri has also struggled to manage the relationship with al-Qaeda’s ally in Syria, the very group that spurred the conflict between IS and al-Qaeda. Al-Nusra changed its name, an effort to gain more legitimacy within the conflict in Syria by publicly distancing itself from al-Qaeda, which left a smaller faction still allied with al-Qaeda.

Al-Qaeda organised a new branch, al-Qaeda in the Indian subcontinent, in 2014. The branch in South Asia reflected al-Qaeda’s success at expanding beyond its predominantly Arab base, particularly in Pakistan, and has allowed the group to expand its activities in Afghanistan, Pakistan, India and Bangladesh.

Most of al-Qaeda’s alliances have proven resilient over time. This is true despite ample reasons for its partners to abandon ties, such as the heightened counterterrorism pressure that comes with affiliation to al-Qaeda; the death of its charismatic leader; and the Islamic State’s efforts to court al-Qaeda allies. Even the Afghan Taliban has not severed ties, even though doing so would eliminate one of the major reasons that the United States will not withdraw from the “forever war” in Afghanistan.

There is still a window for the US to damage al-Qaeda’s alliances: It has a weak leader and major rival. But that window may be closing as the Islamic State adapts to its losses and al-Qaeda appears poised for a resurgence with bin Laden’s son as its future, more inspiring leader.

This article was originally published on The Conversation  Read the original article.