Only Ten Countries Have Full Equal Rights for Women 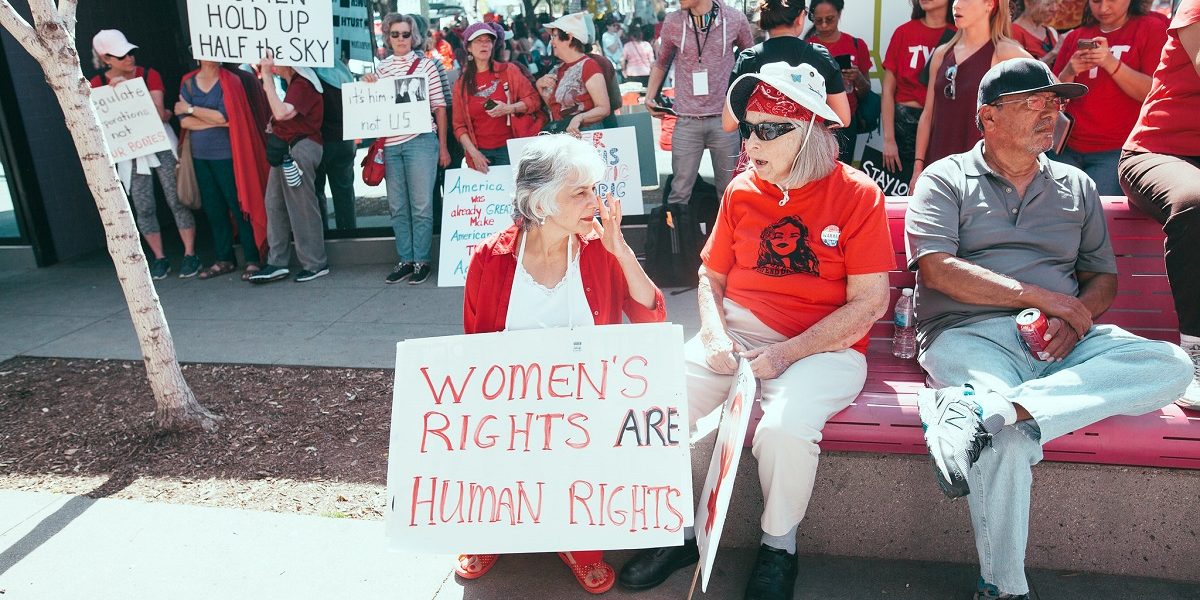 There are only ten countries in the world which offer full legal protections to women, according to the report Women, Business and the Law 2021, recently published by the World Bank. Belgium, France, Denmark, Latvia, Luxembourg, Sweden, Canada, Iceland, Portugal and Ireland were the only ones offering full equal rights for men and women, at least from a legal perspective. Ninety-four countries out of the world’s 194 ranked at 80% or above, up from 87 in 2020. Saudi Arabia, which came in last in 2019, has improved its score majorly following new laws implemented in the country and now ranks 91st at 80%. The last place in the 2020 ranking went to Yemen (26.9%), ahead of Kuwait (28.8%) and Sudan (29.4%).

The United States ranked at 91.3%, below countries like Peru and Albania. It lost points because of a lack of laws guaranteeing equal pay and equal pensions, as well as because of notoriously bad laws around parental leave. 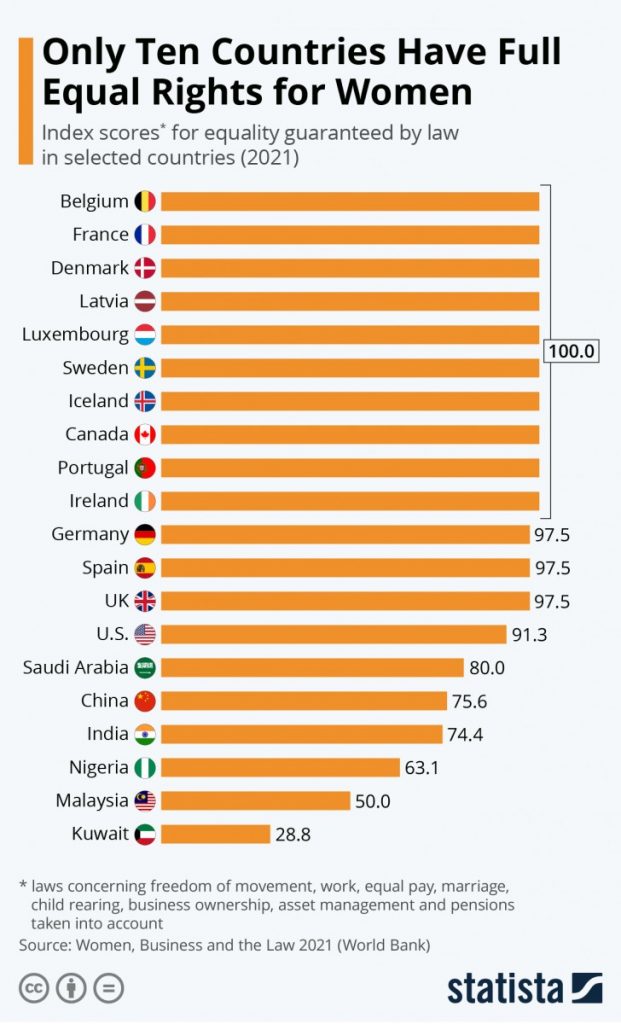