COVID-19 is intensifying pre-existing inequalities, from health to the economy, and from security to social protection. As ever, women continue to bear the maximum brunt. 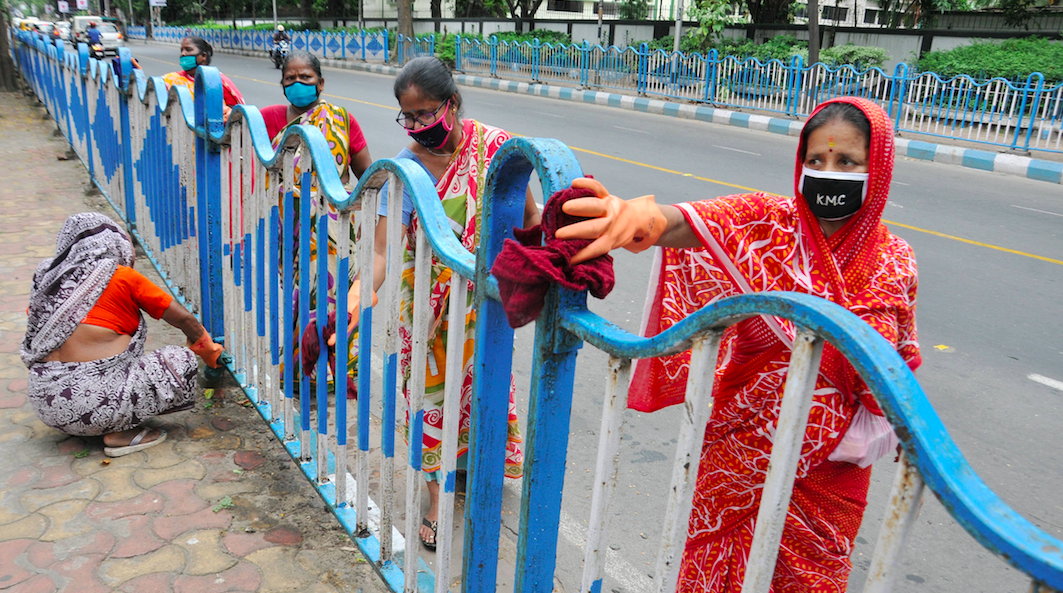 In India, women are inevitably involved in some kind of productive or reproductive work but much of their work is invisible and they are largely employed in low skilled, low paid informal sectors with little or no social security.

According to the Periodic Labour Force Survey (PLFS) 2017-18, approximately 88% of total women’s employment is informal in India and 73% of employed women earn their livelihood working in the informal sector in Delhi.

In Delhi, one-third of the total women informal workers were employed in two occupations – domestic work and home-based work – and a few (less than 2%) were street vendors in 2017-18. In other informal sectors, like construction and waste picking activities, men appear to be key players while women usually comprise of the supporting workforce.

With a huge informal workforce and persistent gender-based occupation segregation, it goes without saying that the COVID-19 pandemic is intensifying pre-existing inequalities, exposing vulnerabilities across every sphere, from health to the economy, security to social protection and women continue to bear the maximum brunt simply by virtue of their sex.

Against this backdrop, the Institute of Social Studies Trust attempted to capture the immediate impact of the COVID-19-induced lockdown on women informal workers by conducting five micro-studies, each focusing on workers living in Delhi and working in one of five informal sectors: domestic work, street vending, waste picking, home-based work and construction work.

The data for the study was collected through a telephonic quantitative survey and in-depth telephonic qualitative interviews during the second phase of lockdown (April 15-May 3, 2020). 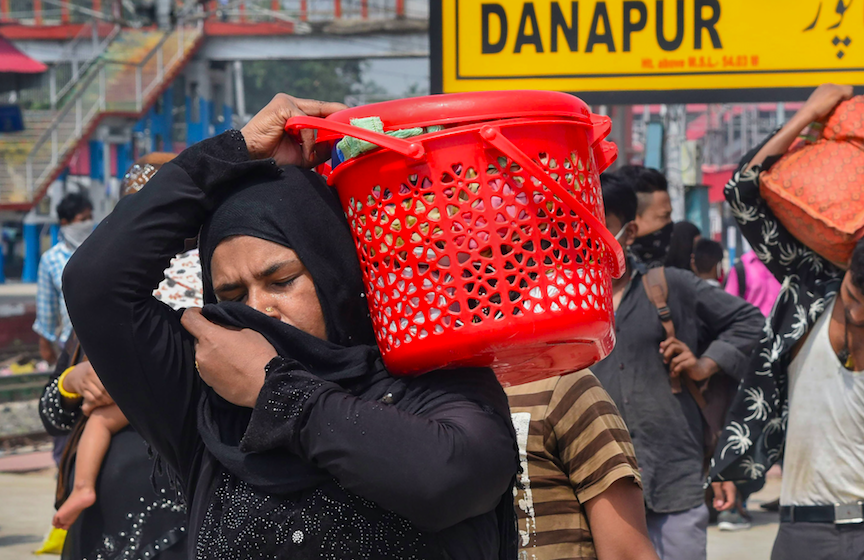 Respondents for the survey belonged to the age group between 20 and 60 years. The average age of the women respondents was 38 and, on average, there were six members in each household. Of the total women respondents, 82% were married with the exception of eight who were divorced or separated and 19 who were widows.

The survey results indicated that the gendered impact of COVID-19 is profound and women are impacted differently because of their prime responsibility as caregivers and owing to the lockdown, their unpaid care work had increased manifold. Of the respondents, 66% indicated an increase in unpaid work at home and 36% reported an increased burden of child and elderly care work during this period.

A significant proportion of women respondents also highlighted the additional burden of arranging for food due to the stringent implementation of the lockdown and the increased instances of police harassment of men. The COVID-19 pandemic has once again underscored the gross imbalances in the gender distribution of unpaid care work and more than half of the women respondents indicated that the unequal division of the domestic responsibilities was prevalent and stated that no one helped them with household chores.

The survey results pointed to the major impact of the lockdown on the earnings of these workers and around 83% of women workers covered in the study were facing a severe income drop.

Construction workers were the worst hit as all of them reported a loss of paid work while 97% of the street vendors said that they had access to no source of income during the lockdown period. Further, only 6% of the construction workers received the relief amount from the Delhi Building & Other Construction Workers Board (DBOCW) and no special benefits have been announced by the Delhi welfare board – especially for the women construction workers. Of the women street vendors, 54% had taken emergency loans from local moneylenders at very high-interest rates to eke out a living and among them, 37% are finding it difficult to repay the loans.

A woman with her luggage walks to board a train during a nationwide lockdown on May 12, 2020. Photo: Reuters/Rupak De Chowdhuri

Similarly, 91% of home-based workers and 86% of waste pickers said that the lockdown had lead to a major impact on their earnings. Women home-based workers stated that owing to the closure of factories and disruption of supply chain, payments were being withheld by employers and their income had dropped significantly.

Most of the waste pickers reported that they were facing difficulties not only in collecting waste owing to restrictions on movement but also while segregating and selling the same as all shops were closed. They are also forced to sell the waste at significantly reduced prices as only a few dealers were working.

The impact of the pandemic induced lockdown on domestic workers’ income or wages appeared less as most respondents reported that their employers had paid them salaries for March. However, they anticipated a cut in salaries for the month of April and May if the lockdown continued. Of the respondents, 68% stated that the inability to go out and police patrolling was the main reason why they weren’t able to go to work, while a significant proportion of women also reported fear of contracting the disease.

Also read: We Cannot Have a Lockdown Exit Strategy Which Ignores Women

In terms of accessing essential food items, when India is already suffering from a “level of hunger that is serious” the recent International Labour Organisation report indicated that as a result of COVID-19, an estimated 400 million informal sector workers were at risk of abject poverty in India.

The survey results also indicated that food shortages seem to affect 60% of the women respondents and construction workers and waste pickers suffered the most. Out of the total respondents, almost half of them were dependent on Public Distribution System (PDS) for the availability of food and 31% received cooked food by the government at camps or night shelters in Delhi. But, in accessing these, they needed to stand in long queues for several hours daily where social distancing was difficult to maintain and often, they had to return empty-handed after food supplies would run out.

Sixty-nine percent of women attributed the increase in prices as the primary hurdle in accessing most of the essential items and 71% of respondents stated that they were spending money out of their personal or household savings to manage the daily expenses in the absence of income. When women informal workers were already struggling in their day to day life, they are more concerned about the continued loss of paid work and payment of house rent when the lockdown will be lifted.

All of the above findings indicate that under the current uncertain and unprecedented situation, at least some sort of minimum employment guarantee schemes from the government is likely to help informal workers and function as a stopgap solution in case of no work. There is no doubt that with a reservation for women in these schemes, a considerable percentage of women informal workers will be benefitted.

Similarly, universalising the PDS with a higher quantity of food grain allotment for at least the next few months with more publicity is definitely a worth try. Moreover, in places where PDS outlets are far away, arrangements for some other local distribution outlets along with ease of e-coupon system will not only reduce exclusion errors but also ensure that every person who is food insecure can access the same.