Where Are Indian Women If Not in the Workforce?

While the participation of women in the workforce is declining, their involvement in unpaid but essential activities remains unrecognised. 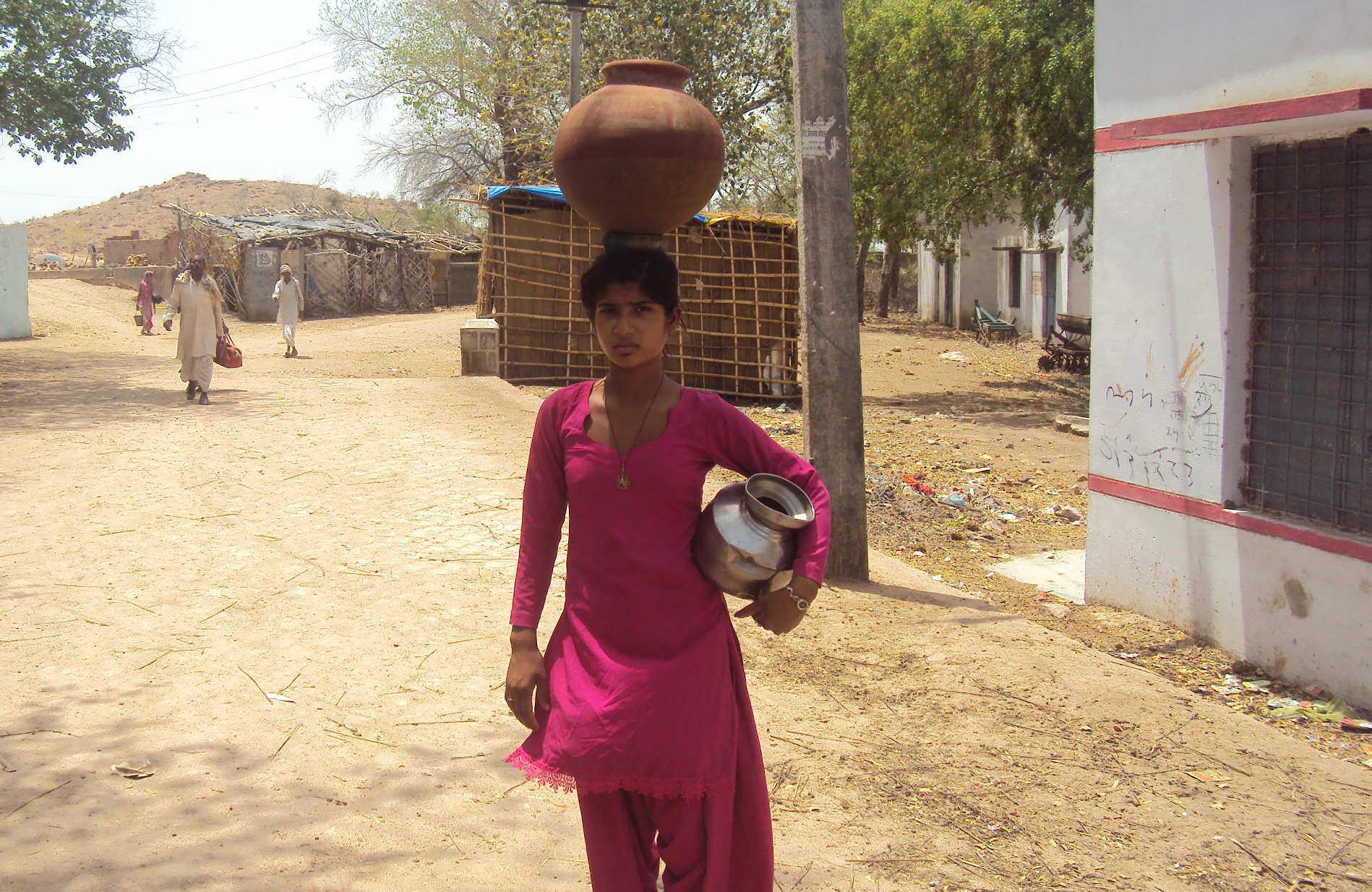 A young woman on her way to collect her daily water.

With an objective to rectify this, NITI Aayog, in its recently released document ‘Strategy for New India @ 75’, has pressed the need to enhance current female labour force participation rate by at least 7% by 2022-23.

However, it is important to note that the labour force statistics in India does not take into account a significant proportion of women who are involved in unpaid but essential activities, which include water collection, collection of goods like vegetables, roots, firewood, cattle feed and sewing, tailoring, weaving for household use.

Though each of these unpaid and allied activities are economic activities and help the household in numerous ways, a significant and increasing proportion of women engaged in them are left outside the purview of labour force statistics.

The contribution of these activities to household income and the living condition of their families cannot be undermined. Lack of policy intervention to ensure adequate provisioning along with patriarchal norms which view these activities as part of domestic chores to be done by women only, brings negligible difference to the burden of work and time poverty that women struggle with on daily basis. 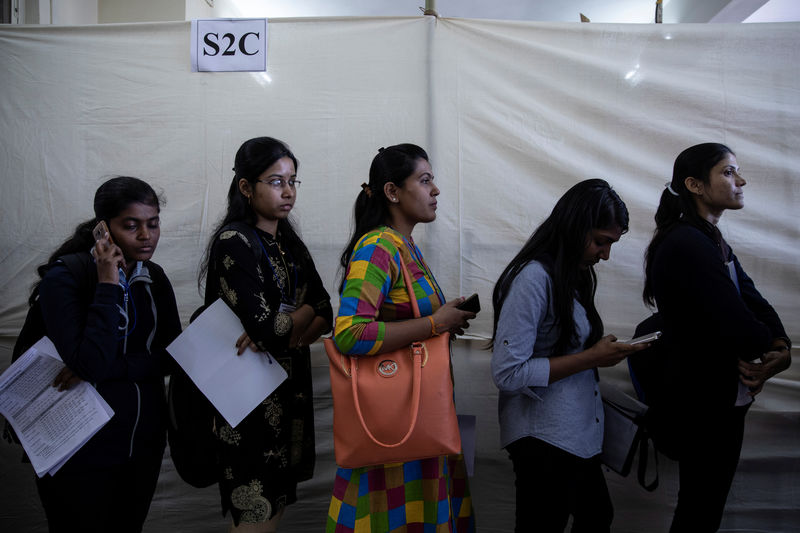 Consider women’s work linked to accessing water for household purposes. The 2011 Census showed that the total share of households with access to water within 500 metres of their household premises reduced from 56% to 36% between 2001 to 2011. Owing to the resultant water scarcity, 36% of households (read women of the household) had to travel long distances to fetch water.

According to NSSO (2012), women in rural areas spend on an average 20 minutes a day to travel to the source of water and wait for up to 15 minutes to collect it. Similarly, in urban areas, travelling took 15 minutes a day and waiting was 16 minutes. Usually, women had to make several trips to satisfy the household need of water. If they failed to do so, the household had to spend Rs 93 per month for water.

Also Read: For Women in the Workforce, India Just Better Than Saudi Arabia Among G20 Nations

Interstate variations in terms of time taken to collect water is also visible. In states like Rajasthan and Jharkhand, women had to walk for more than 30 minutes to reach the source of water and wait for more than 20 minutes to fill a bucket.

Water remains one of the most essential commodities for most household activities. However, the effort and time that goes into accessing it on daily basis and the economic impact that not doing so may have on household income is not given any heed while calculating women’s work.

Similarly, women are involved in collection of cooking energy sources (firewood and cattle dung) to reduce out-of-pocket costs. This is in spite of the fact that usage of these fuels increases health problems amongst women and also their time poverty. Though the Pradhan Mantri Ujjwala Yojana was launched with the aim of providing a free first cooking gas cylinder to BPL households, it has been superficially successful in reducing the drudgery of women, as the refilling cost of the second cylinder is too high. Families are also discouraged from opting for this scheme as they fear that their BPL status will be removed once they choose the scheme.

Further, India’s loss of an estimated 728 sq km of forest cover between 2003 and 2005 has increased the time and effort that rural women have to put in collection of these energy sources. Now, they are forced to walk longer and search harder to access fodder for cattle and collect the brush and twigs to cook family meals. 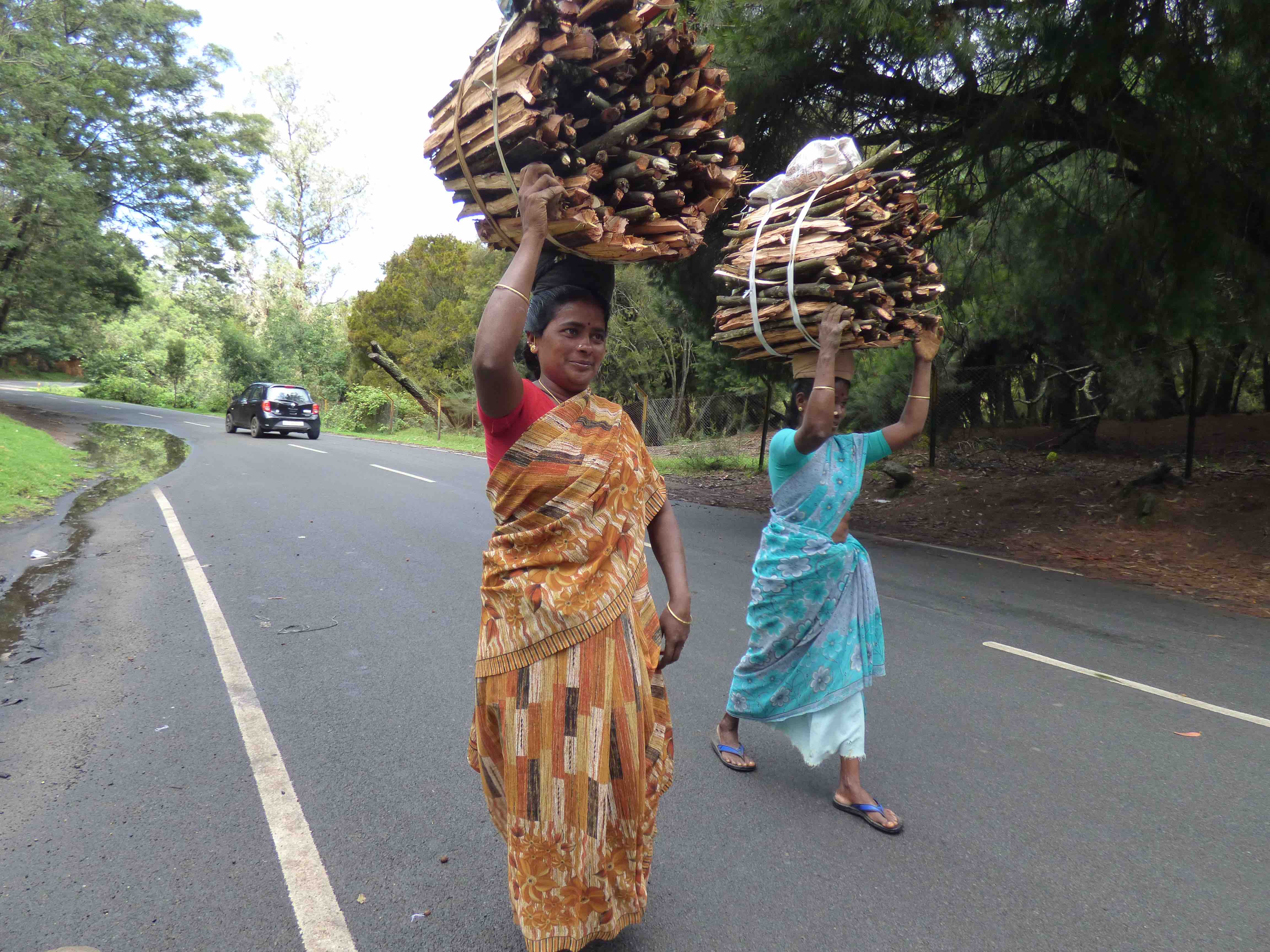 Apart from water and fuel, NSS data (2012)  also shows that over time, there has been an increase in women’s involvement in sewing, tailoring and weaving activities for household purposes. This could be to substitute household consumption expenditure on market purchases. In addition to allied work, women spend a longer time in childcare and care of the old, sick, or disabled in the household. The only available Time Use Survey (1998-99) showed that women spend 4.47 hours per week against 0.88 hours per week by men on care activities. Clearly, this is a major constraint for women who want to participate in the job market.

While women belonging to high economic strata, are able to outsource their domestic activities by purchasing time of other people (usually women of lower strata), poorer women remain marginalised and invisible and the tasks that she performs receive negligible attention. They are victim of the ill-effects of deforestation in terms of growing food insecurity, water crisis, loss of livelihood and environmental degradation. Apart from their enormous unpaid work, significant proportion of women continue to work part-time on regular basis in the informal sector in ways that makes it feasible for them to balance their domestic duties with their necessity to earn.

It is important to keep in mind that this unpaid work of women is absolutely necessary for the effective functioning of the formal sector which directly and indirectly rely on the goods and services produced by them.

Also Read: If India Really Wants More Women in the Workforce, We Need to Think More About Migration

So, instead of focusing more on growth figures it is important to emphasise on efforts to bring improvement in basic social services and infrastructure so that the time spent on unpaid work is reduced and women are able to move into the labour market. Effective public provisioning of child care will also ease their burden of work of paid employment and reduce their time poverty.

Public expenditure on creche is essentially required along with an initiative to increase the drinking water supply within the household premises, and provision of affordable cooking fuel. Sustainable initiatives such as these will go a long way in enabling women to participate in the labour force by reducing their burden of care work and time required to perform daily household chores.

Shiney Chakraborty is affiliated to the Institute of Social Studies Trust, New Delhi.