The signatories have issued a statement expressing their discontent over the decision and solidarity with women in cinema. 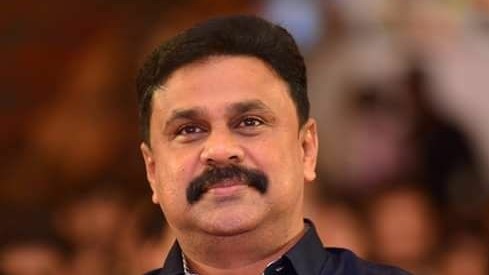 New Delhi: Following the Association of Malayalam Movie Artists (AMMA)’s decision to revoke the expulsion of actor Dileep, several women feminists, academics, writers, artists, lawyers and activists have come to together to “express their severe discontent” over the actor’s reinstatement.

Dileep is one of the accused implicated in the kidnapping and sexual assault of a popular Malayalam actor in February 2017. The survivor in the case has since quit the AMMA.

Describing themselves as keen followers of Malayalam cinema, the signatories have condemned the AMMA’s misogyny in supporting the alleged perpetrator of sexual violence against a colleague. They have extended their support and solidarity to the members of Women in Cinema Collective and the stance taken by the members who have resigned protesting Dileep’s reinstatement.

With utmost shock and concern we watch the recent development in Malayalam film industry that led to the resignation of four actors from the Association of Malayalam Movie Artists (AMMA) This decision to take actor Dileep back into its fold shows the utter disregard AMMA as an association holds towards the survivor of a sexual assault. Dileep, the seventh accused and the alleged primary conspirator of the incident that involves the abduction and molestation of an actor, is also accused of influencing producers from casting the survivor. In such a crisis, instead of supporting the survivor, the association expressed its misogyny through a travesty, performed in its fund-raising fete, with Mammootty and Mohanlal- the superstars as its highlights, ridiculing the Women’s Collective that was formed to address women’s issues in the industry. This, is not conducive to a civilised society and cannot be the accepted culture of an industry that has a formative role in determining of the consciousness of a society.

Malayalam film industry has its compelling claim to treating cinema as a responsible medium, at par with many important film cultures of the world. Given the context, this behavior is unexpected and unacceptable from a trade union that claims to represent the majority of its actors. It is outrageous that AMMA firmly chooses to be on the wrong side of the movement against sexual harassment within the film industries worldwide in the wake of the #MeToo campaign and Harvey Weinstein follow ups in the Hollywood.

What adds to our worries is that the body is headed by people’s representatives who associate with the ruling political party in Kerala. We request CPIM to seriously consider discussing with these elected representatives the implications of their act. It is also sad to point out that AMMA did not consider the potential of exploring the Sexual Harassment of Women at Workplace (Prevention, Prohibition and Redressal) Act, 2013, a legislative act in India that seeks to protect women from sexual harassment at their place of work in this specific case or during any instances of harassment charges reported by women within its collective.

We extend our whole-hearted support to the members of the Women’s Collective who have resigned from the Association, pledging support to the survivor and also trying to take pro-active roles in engaging with women’s question in the industry. We appreciate the statement issued by AIDWA state committee in this regard and hope CPI(M) and other organisations look into this seriously and communicate to AMMA the preposterousness of this absurd action. We also request the Government of Kerala to take immediate action to protect the survivor and to be cautious about chances of tampering with evidence in the on-going case involving Dileep.

Tejaswini Niranjana, Trustee, Centre for the Study of Culture and Society, Bangalore