From Reel to Real Life, Challenges Faced by Women in Police Are Manifold 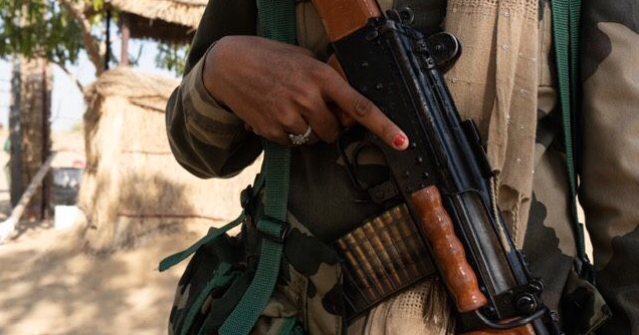 Women in police. A recent phenomenon in a centuries old organisation with a colonial history and a strongly masculine work culture. It continues to be known as the police force. And being a force, it places a premium on machismo and valor more than on service.

Ask a child, how a police officer is. You are likely to hear some or all of these phrases: a prominent moustache, serious and grim expression, loud and coarse voice, tall and muscular, aggressive body language, one who doesn’t listen, but orders. A stereotypical image reinforced by popular media.

Women have the biological and sociological responsibility of bearing children. They also disproportionately shoulder the burden of the care economy, particularly in a traditional and patriarchal society like India. Their view of work, family and work-family balance is different from that of men.

The women in police, the few that there are, are either accused of hyper-masculinity, acting and behaving like their stereotypical male counterparts to prove themselves to be equally worthy; or of hyper-femininity, exaggerating the proverbial feminine weakness for short-term benefits.

These hypotheses must be tested in the context of the everyday lived realities of the women in uniform. This should be followed by an objective assessment of the extent to which the police force has attempted to understand and accommodate such realities.

A film on women police officers

To be able to look at things from the perspective of women in police, their stories need to be told. Just as the Netflix film Soni (2018) does. It takes us through the worldview of two women: Soni, a police sub-inspector and Kalpana, an officer of the Indian Police Service (IPS). While we see them at work and get an opportunity to contrast their working style with that of their male counterparts, we also get a peek into their personal lives.

How do they look at policing issues like crime, its prevention and investigation? What kind of relationship do women leaders in police have with a set of police officers who report to them? How do they strive to achieve the professional-personal life balance, the responsibility of which is also thrust upon them being women?

What kind of sexual harassment do they face from people inside and outside the police force? I have deliberately not called it ‘casual sexism’ or ‘teasing’ or ‘taunting’, as these terms would rob it of its gravity as an offense.

In Soni, like in real life, the women in police respond to sexual harassment typically by means of certain conditioned responses. By remaining silent, ignoring it, smiling, laughing it off or normalising it.

But are there any possible alternatives? Atypical responses to typical situations?

Soni, after whom the film is named, is transferred to a Dial 100 call centre as a “punishment posting”. She is the film’s angry young woman. One may argue that she has poor control over anger, using excessive force and refusing to mend her ways. While this has been an integral part of police sub-culture for centuries, it is seen in the film as an alternative response of a woman in police to sexual harassment that she faces while discharging her official duty. Breaking all stereotypes, she is fearless. She charges on the goons when they do not respond favourably to her bonafide orders. She even engages in a fist fight with three goons at once.

One scene strongly resonated with me: “He had occupied the ladies toilet, he was found consuming drugs and he was the one who misbehaved with me (read misbehaved as sexually harassed) and I am the one who is being asked questions.”

On one hand, this scene reflects the police’s victim blaming attitude, typically exhibited in cases of violence against women. On the other, it highlights that often in the eyes of the citizen, a woman police officer is first a woman and then a police officer.

How does this effect her personal life? It appears that her long working hours and the passion for her profession makes her partner insecure about their relationship. Despite constant nudging from an elderly female neighbour, Soni stays firm that she doesn’t need the crutches of the presence of a man in her life. At least not this one, who is unable to figure out what he wants from his own life. The man, on the other hand, is convinced that his presence in her life is necessary, for her safety and protection.

In contrast, the calm and young Kalpana smiles her way through the overt and covert harassment from her husband’s mother and sister over her late night shifts, not being present at family functions and not having a child. Her husband (also an IPS officer), is equally guilty of these. Yet, she is the only target.

In her profession, she is a meticulous follower of rules and procedures. She is an officer with high emotional intelligence. Remaining calm under situations of grave provocation, she is empathetic and a good listener who is highly motivated and self-aware. She is also sensitive, especially to victims of crime.

Her leadership style is people oriented. Though there are no right or wrong leadership styles, she is criticised and branded ‘too emotional’ by her husband, a service senior.

“You have chosen to be an IPS, behave like one. Four years into the service, do I need to tell you this?” he says. Despite her husband being critical of her personal engagement with subordinates, Kalpana has a meaningful relationship with Soni. They share passion, anger and frustration, though they express it differently.

The professional and personal lives of the husband and wife – engaged in the same service and the same state – are too intricately intertwined. Her every action at work comes to his knowledge. There is discussion. And the inevitable disagreement. They are different personalities and different officers. Is it fair that he expects Kalpana to be the officer that he is? As his wife, is she bound to take professional decisions from his perspective?

Feeling judged, snubbed, humiliated, she finally checks him, “Why are you raising your voice at me?” But she remains calm and persistent.

This character is nuanced and deep and the audience witnesses the resolve of this woman police officer become firmer with each passing scene. She is in the becoming, a police officer first, and then a woman. Her authentic self relies on her conviction, not merely on rules and procedures. It also evokes an alternative response to the sexism and misogyny she faces: courage, dedication and moral turpitude. 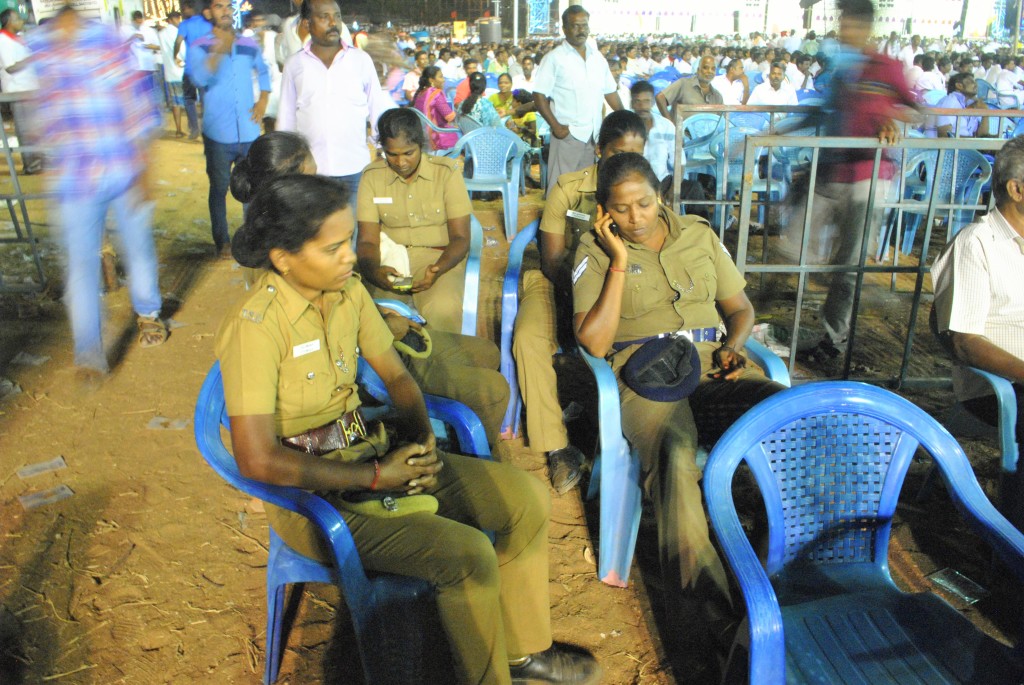 “Once we remove our uniform, we are just another woman.” Representative image. Credit: Rohini Mohan

A Soni and Kalpana in each one of us

There is a Soni and a Kalpana in each one of us, the women in police. From reel to real life, challenges are multifarious. Once we remove our uniform, we are just another woman. As likely to face sexual harassment on the streets and in public transport. As likely as any other woman to be asked for dowry, subjected to domestic violence, to be the primary care givers and the lesser partners in marriage. To be expected to sacrifice career opportunities to make way for our partner’s career progression. And yet, highly likely to be harassed and judged professionally ‘non- serious’ or ‘non-ambitious’ for seeking maternity and childcare leave.

When in uniform, we are more likely to be discussed for our manner of walking, talking, laughing, dressing and marital status, rather than professional competence. We are likely to be complimented as ‘Well done boys!’. We are likely to be interrupted more often in meetings as compared to our male counterparts. Likely to be assessed less competent and considered less suitable for positions with a high level of responsibility and challenge. We are likely to be sexually harassed by superiors and colleagues and to be held responsible for it.

As women in police, do we stand by other women in police? Especially those in so called subordinate positions? Though cutting across hierarchy, we have certain experiences in common. Like Kalpana and Soni.

Taking another example from the film, a woman sub-inspector on duty at a Dial 100 Call Center  is responsible for receiving phone calls from complainants, recording the complaint and transferring it to the officer concerned for action. When faced with unwarranted and undesirable personal questions from a caller, she simply laughs it off. Scoffing, she says, every day one or two such people call. This is normalisation of sexual harassment.

Has there been a strong organisational response to this menace spread across all call centers? Despite civil as well as criminal legislation and evidence available in the form of call recordings, it continues. Leading to the vicious cycle of non-reporting and non-action, perpetuating the culture of silence.

For women in police to perform to their full potential, it would take sustained increase in their strength, meaningful networking within themselves and an institutionalised support system in the current social realities. Then, they will be the women that they are, the police officers that they are. It will allow them to be their authentic selves, agents of change. To achieve. To lead. To serve the people.

Alankrita Singh is an IPS officer of the Uttar Pradesh cadre. Views expressed are strictly personal and do not reflect the views of the service or the organisation she belongs to.