While women's political participation remains low in the state, this election marks a significant shift. 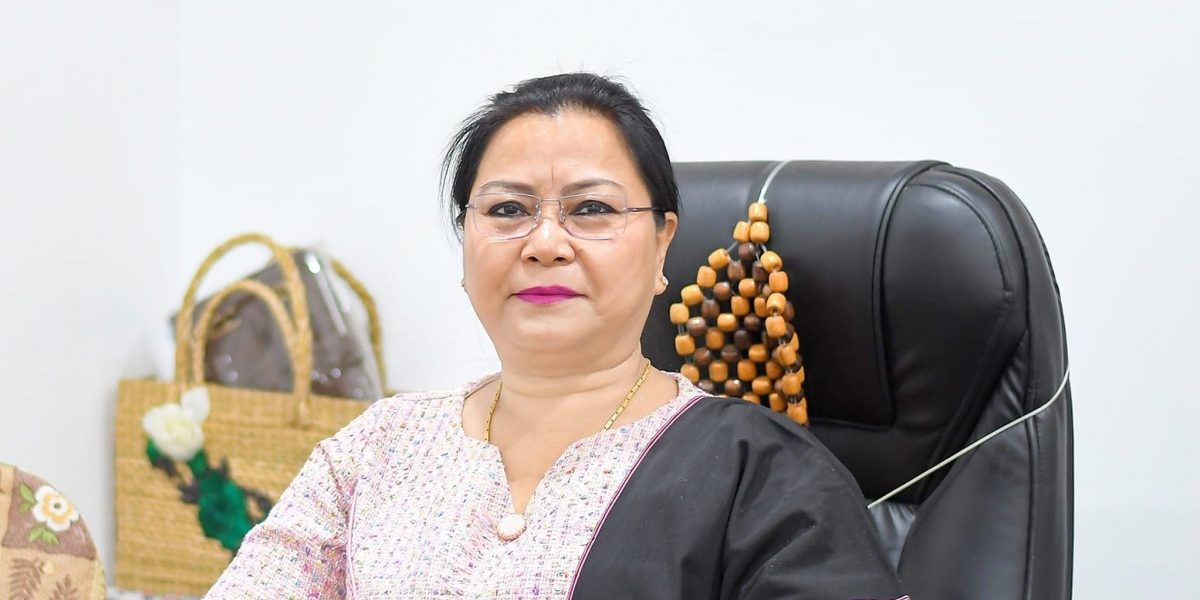 New Delhi: Though the major focus of the results of the latest bout of assembly elections declared yesterday were on the wins in Uttar Pradesh and Punjab, in Manipur, the March 10 counting of votes after two-phased voting had led to a new history of sorts in the northeastern state, in terms of women’s political participation and winnability.

As many as five women have come up trumps in these assembly elections in Manipur – a first ever in its political history. After the 2017 polls, the 60-member assembly of the state had only two women legislators in Nimcha Kipgen, representing the BJP from the Kangpokpi constituency, and Congress MLA Akoijam Mirabai Devi from Patsoi. Kipgen went on to become the only woman minister in the N. Biren Singh-led government in 2017.

The notable loser in the 2017 assembly elections was Irom Sharmila from Thoubal in the valley areas. The celebrated peace activist from the majority Meitei community raised eyebrows countrywide from not being able to corner even 100 votes after her legendary fast demanding removal of the Armed Forces (Special Powers) Act.

While two of these first time winners are from the state’s tribal communities, the other two first-timers are from the majority Meitei community. In all, the 12th assembly will have five women – three from the hills, two from the valley areas.

On asked about this notable change in the Manipur assembly in terms of gender representation, senior Imphal-based journalist and political commentator Laba Yambem told The Wire, “There may be several factors behind these electoral victories including public support for a candidate because of her ability to win their trust. But on a general note, we can say that the Kuki community has far more egalitarian values than, say, their tribal neighbours, the Nagas, because of which some of these women from the Kuki community may have also won the elections.”

Pointing out that the Nagas are yet to elect a woman MLA in the Nagaland assembly, he also added, “What we hear is, the Chandel winner from the BJP, Olish, a Naga, had to pay a visit to NSCN (I-M) supremo Th. Muivah at Hebron, the outfit’s headquarters in Nagaland, to seek his blessings – which he granted to her, leading to her win yesterday.”

The first woman legislator in the Manipur assembly, though, was a Tangkhul Naga, Hnagmila Shaiza, from the Ukhrul constituency, in 1990. She was the wife of former state chief minister Yangmaso Shaiza (1923-1984), the first from the state’s hill region to sit on that chair.

Compared to the 2017 elections, political parties have also increased the number of their women candidates marginally in the 2022 assembly polls in Manipur. From 11 in the last polls, there were 17 women in the fray in these elections. The number, though, if looked at as a proportion of the total figure of contestants across political parties and independents, is highly disproportionate. Among the 265 candidates to have filed their nomination papers, there were only 17 women, which would be about 6.42% of the total figure.

While Congress topped the list by naming four women as their official candidates, BJP and the NPP gave tickets to three women candidates each. The Nationalist Congress Party gave tickets to two women while the Janata Dal (United), the Communist Party of India and the Kuki People’s Alliance announced a woman candidate each. Two other women contested these polls as independents.

The number of women political representatives is also dismal when it is taken into account that the state has 52% women voters – 10,57,336 female voters compared to 9,90,833 male voters.

With the number of women elected members in the assembly now on the rise, is the electorate across the state looking at women as more serious political contenders than they had earlier? Journalist Ningul Hangal agreed that the acceptance of women, particularly in the tribal areas, as political candidates is emerging. “More and more women in the tribal hill areas of the state are now seen involving themselves in political work or activity as part of a political party. That more number of women have been given tickets by the parties this time also made a difference. It showed they were looked at seriously by their parties. I would say it also depends on their winnability, their capacity to show to their parties and to the public that they are capable of winning an election,” she added.

Ningul, though, underlined that when soon after their win on March 10, she had put out on social media that three women from tribal groups of the state had won the elections at the same time and had created history, there were several derogatory comments about them on her post. “Comments began to surface that they would be puppets; certain insurgent groups were behind their win; they are allegedly in relation with some powerful politician, or wife of some powerful man, etc. I would say those comments were publicly made only because they were women. No male candidate is publicly accused of winning an election in the state with, say, support from insurgents or because they were backed by some powerful politician.” She also pointed out, “Before the elections, there were gender-based jokes circulating about a tribal woman contestant that she should better join a beauty contest than fight elections.”

A formidable woman candidate to have lost the 2022 assembly polls in Manipur is Th. Brinda. The celebrated former state police officer who had led a successful campaign against prevalence of drugs in the border state and even took on the chief minister accusing him of protecting certain drug dealers, Brinda had contested from Yaiskul constituency on a Janata Dal (United) ticket. Unlike Irom, she bagged 4,574 votes in a three-corner contest with NPP and the BJP. The BJP candidate, Th. Satyabrata Singh, won that seat.

Laba Yambem commented, “She gave a formidable fight, stood third with a good number of votes. This is impressive coming from a first timer and a woman candidate at that. I am saying it not because she happens to be my niece but in general that in Manipur politics, she brought in a new phenomenon as a contestant; spoke about protection of a citizen’s rights; asked people to vote on issues and policies of government, unlike how a candidate typically fights an election in our state. She could get so many votes without money and muscle power. I would say, she lost the battle yesterday but not the war; if I know her well, it will continue.”

Yambem also added, “That she was not backed by her powerful father-in-law (R.K. Meghan, former chairman of the armed group United national Liberation Front), also became a factor for her loss.” In the run-up to the polls, Brinda was asked by her father-in-law to step down. Rumours in the political corridors were that he was pressurised to do so at the behest of the BJP. On refusing to step aside, Brinda was thrown out of Meghan’s house.

Said Ningul,“It is true that a firebrand candidate like Brinda had the ‘daughter-in-law’ tag in these elections. Her no other identity became more important than that; not even her super cop identity. Of course, in an election, there are other factors too, say, joining the right party, resources for campaigning, a winning strategy, vote calculations, etc. In Brinda’s case, of course she is not a political worker, has no experience in electoral politics, or has no family member in active politics; all these factors must have also mattered for her loss.”

She, though, added, “Generally, what I have noticed is that most voters in our society also look at politics as dirty, and when women jump into it, it is not often looked with approval. Look what happened to Irom. Dealing with dirty politics is often seen as man’s job; a woman should remain only as a do-gooder, a fighter, ready to sacrifice for society and fight politicians only from outside the arena of electoral politics.”