Will #MeToo Lead to a Serious Conversation About How Organisations Are Structured?

True gender equality is not about testing the extent of what is permissible (and what one can get away with), but expanding an all-round sense of equal dignity. Getting ahead, or at times simply professional survival, has often come with a price for women. Credit: Pixabay 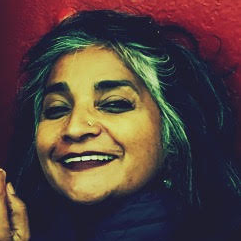 Recent revelations in the #MeToo movement have underlined the urgency to redefine the workspace. Addressing sexual harassment is not just about ‘responding’ to specific incidents of sexual harassment. Equally, it is about changing the organisation leadership’s attitude and gender perspective.

In this context, one would agree that the Prevention of Sexual Harassment (POSH) Act (2013) has been a positive step in redressing workspace gender imbalances. POSH requires organisations to systemically address allegations of sexual harassment at the workplace. It prescribes mechanisms to address and change the unequal gender equations in the organisation’s power structure.

But how effective has POSH been in changing workplace culture?

No doubt, there is more ‘compliance drive’ today within organisations in giving a voice to women. This is a required though symptomatic response to address workplace gender inequity. To function as a robust mechanism, however, POSH requires a strategic shift and a new perspective.

The spirit of POSH is directed towards building an organisational culture that can address wider issues of gender discrimination and invisibility. It’s evident that organisations need to develop a mindset where a complaint is not treated merely as disturbance or distraction, but a testimony to the organisation’s lack of understanding of gender equality.

The question of dignity

Will the #MeToo moment change workplace functioning and gender-based attitudes in organisations? Is the compliance mode going to make way for recommitment towards ensuring gender equality and dignity?

Cultural changes are indeed difficult to make. The change needs to come from the top leadership. They need to be committed to the cultural shift as part of delivering on their mandate. This would also include increasing women in leadership.

Furthermore, to make an overall cultural shift, both women and men need to feel the need to be a part of that drive. It is important to note that many men across sectors have come out in support of #MeToo.

The feminist movement may have unwittingly drawn a line right down the middle, creating distance and discomfort between men and women. The #MeToo moment, however, has an opportunity to project collective resolve for a healthy, stimulating workplace (and society) for all.

In our conservative surroundings, it is people who make up organisations that need to reassess and recommit to not just addressing grievances, but creating a culture that allows people to do the job they take satisfaction from without fear, without second guessing people’s stares or opinions, and most importantly, knowing that being a particular gender is not going to get in the way.

The #MeToo movement has shown the deep-rooted workplace gender inequities. The revelations underline the dogged bias against women, resulting in their skewed representation in leadership that is reinforced through an organisational culture that fails to correct the gender skewedness.

At odds with what many of them claim to stand for (sustainable advancement based on social change and equitable development), these organisations resist what I call ‘equal dignity’, rooted in a decades old culture of sexism. Despite their carefully articulated mandate, the leadership status quo remains skewed .

This is not a new problem, but one that we have got used to and accepted.

Strict implementation of POSH could lay down the  foundation for tackling gender discrimination and inequity. The processes must, though, build a momentum to put a mechanism and culture in place that truly supports and provides a voice to the ‘victim’.

But is that enough to change male-dominated organisational culture?

The compliance approach to POSH shows almost a contempt for equal dignity for women by organisations that are committed to uphold it. Due process is also about creating both an overall work milieu and the required systems where women experience a secure, unbiased, stimulating work environment that gives them equal opportunity to thrive and advance.

The organisational culture, as we have witnessed in the past, puts women in a position where they find themselves digging deep for courage to expose the harasser. Women have held back for years, choosing to hold on to their ‘secret’ in the hope of a less ‘disruptive’ and a more successful career path. A gendered negotiation with power still continues.

Looking back to look ahead

Traditionally, women’s work has been valued less than their male counterparts. Home and child care has generally been under-valued and has conventionally been the domain of the woman.

Even as more and more women have moved into the labour market, they continue to be undervalued. This is manifest in unequal pay trends and in promotion processes.

Also read: Due Process Has Failed – and That Means We Need to Make It Stronger

Getting ahead, or at times simply professional survival, has often come with a price. Today’s update is a mixed bag, overall and in the not-for-profit sector – overall, 140 women held 12.4% of board seats and just 3.2% of board chairs in 2017. However, overall, for urban women, the share of workers in regular employment increased to 42.9% (albeit, representing only 11.7 million working women), compared to 28.5% in 1993-94. In not-for-profits it surveyed, the Dasra survey shows that women comprise close to 53% of employees across designations, but only 34% of them are in managerial positions.

With every passing decade, the visibility of women in the labour force has increased. Yet the work culture has miserably failed to keep pace with increasing women’s participation and role. Women have not yet been recognised as equal partners either in their positions in the hierarchy, or their experience as equal contributors. The organisation and its culture needs to come to terms with its changed conditions, including the most excruciatingly urgent one – representation at the leadership level.

A powerful force emerges collectively, standing together, not being divided and subjugated. This collective force finds the culture of sexual objectification deplorable. It is not about redrawing new boundaries of what is acceptable, but far more about new possibilities as healthy, thriving organisations. It is certainly not about pushing and testing the extent of what is permissible (and what one can get away with), but expanding an all-round sense of equal dignity as a consistent thread that constitutes the core of the culture in the workplace.

Tara Rao runs ourgroundworks, an entity working on organisational change processes and assembling campaign frames and narratives based on a design thinking approach that builds empathy as a skill towards problem solving.