Who Are These Age-Old Female Figures?

Dancer/choreographer Chandralekha’s original essay on the iconography of the female, its deep subconscious power and its potential feminist charge. 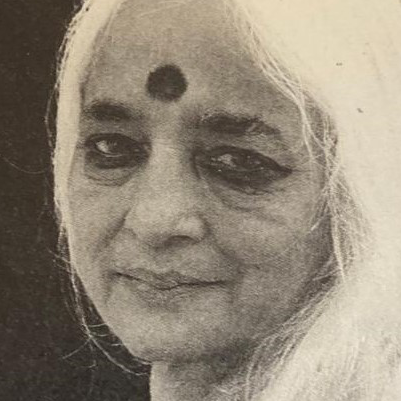 Note: This article was originally published on March 8, 2018, and is being republished on December 6, 2020, to mark dancer-choreographer and writer Chandralekha’s 92nd birth anniversary. 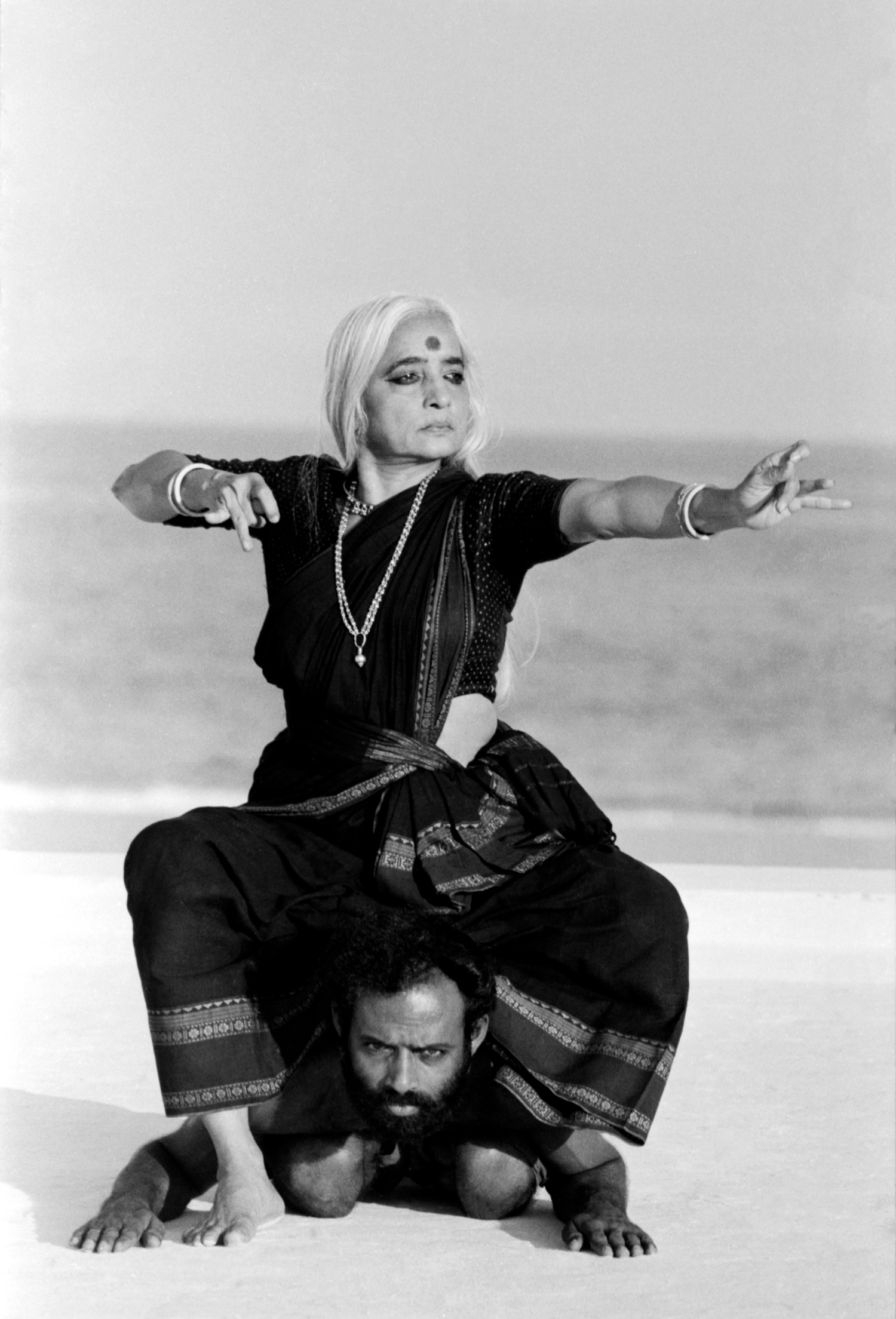 Why are they called ‘mothers’ instead of women or females, I asked the late Professor H.D. Sankalia – who was then [1981] Director, Institute of Archaeology, Pune – while we were looking at the newfound terracotta ‘mothers’ on a bull, from a chalcolithic site in the Deccan plateau.

My question, I told him, was at a visual, sensual, personal level – as a woman, as an artist.

On what basis do you call them mothers, these dynamic females of fierce power who look so calm and confident on the bull, lion, tiger; who wear weapons as ornaments in their hair; who are not at all maternal.

Granting their association with earth and with fertility of soil and people, these icons evoke an intense sense and atmosphere of the feminine, rather than maternity or motherhood.

Sankalia’s response surprised me. He said he had not thought of this before. He said, these terms are taken for granted. He said they need to be questioned.

The enchanted circle around the mother-goddess is expanding in our times. It has grown bigger and wider. It consists of archaeologists, anthropologists, sociologists, museumologists, psychologists, art-culture writers and historians, social scientists as well as feminists.

Suddenly the primitive has come into fashion. There is a spurt in study and research activity in this area.

The content of this short-term research activity is undefined. There are tendencies of mystification, cultural appropriation and convenient or glib interpretations.

The connection between various disciplines – such as anthropological research and research in arts – remains largely unexplored.

Often these studies tend to be unidimensional, confined to either purely academic/scholarly/data-based suppositions or purely aesthetic/artistic/cultural conjectures.

The questions that these studies should and could raise are primarily about women and about human societies which are of global significance for us today.

Mother goddesses cannot be seen as objects of art for their symbolism and function. They cannot be ‘used’ to institutionalise anthropological or artistic concepts of culture.

They must not be used to create culture/tradition nostalgia or for “back to the roots” ideology or for sentimental preserving of the past or for purely academic understanding of society and systems.

In a span of 5000 years, many traditions, values, cosmologies have disappeared, fragmented, metamorphosed. While, new ideologies and counter values have super-imposed on them.

Mother earth has protected and preserved for us the millennia-old Indus Valley females – their entity, their charged presence, their power, potency, magic.

The metal-cast standing figure of the Mohenjodaro tribal girl proudly flaunting her youth and yoni has haunted all ages with her sensual power and presence.

Indian potters have made images of female forms Indus Valley civilisation onwards. Moulding of female figures is a live and continuing tradition even today.

The soft clay from the river beds is the human offering to fertility, symbolic of earth, water, overflowing seeds, grains.

The earliest primordial image of the earth-mothers glorified the female fertility principle that held within itself the secret of birth and death.

She was virgin and yet mother, as no father seemed necessary for the society in which she originated.

Throughout the country, the images of the great mother rose as if from the earth, with arms outstretched in a primal gesture of affirmation.

Also read: One More News: Artistic Expression as a Statement of Women’s Resistance

Clearly there are huge holes, gaps, interruptions in this span. They cannot be filled up or joined by assumption, explanations or cultural generalisations.

The textual, archaeological, iconographic facts, data evidence of mother-goddesses must be shared between scholars, writers, researchers across disciplines.

They must be seen as a live process from subjective as well as collective authority of experience mingled with sensitive interplay of personal and disciplinary elements of research and live practices.

The split between information and experience, artefacts and art must be healed.

Knowledge and insights drawn from innumerable centres of culture muct reach out imaginatively to women in a voice that is human, in a language they can understand and cope with.

And lastly, the question is, can the various studies clear the space for alternatives?

Can the studies help women to realise that they are, themselves, Mother Goddesses? The famous Salabhanjika, or tree goddess, on the east gate at Sanchi stupa. Credit: Wikimedia Commons

Five thousand years ago, archaic and amorphous beliefs crystallised into systems of symbology and iconography. To this day there is an unbroken link with the art and ritual of village and tribe. Female deities are everywhere. They predominate in folk practices, religion, culture, arts, crafts and rituals. They are central and powerful in peoples’ cultures. They preside over the imponderables of life and death.

The worship of the female goddess goes back to the dim period of pre-history; to the cultures of the river-cities of Mohenjodaro and Harappa.

The rich iconography of the female deities through the centuries reflect subterranean notions of fertility and power of the female.

The Indus Valley female goddess is seen as a fecundity principle. Plants and leaves spring forth from her body.

Tribals of Middle India sing of her as the essence of seed, as she stands with leaves sprouting from her like leaves in a wheat field.

She is seen as a plant goddess. Her body formed of young tendrils.

She is seen as Salabhanjika, the tree goddess, surrounded by fruits, flowers, leaves.

She is seen sitting erect and upright on the branch of a neem tree.

She is seen moving out from a tree trunk with her arms outstretched.

She is seen descending from a Shami tree.

She is seen striding in all directions, penetrating all points in space, before returning to the tree.

She is seen as a protector of fields and harvests; villages and children.

She is seen as a guardian against pestilence and disease.

She is seen as a composite form – a fluid movement between animal, human, plant.

She is seen on a crocodile or a fish in the midst of whirling waters.

She is seen as a water-goddess and a water pot.

She is seen as a jar of grains.

She is seen as an oil lamp in the dark.

She is seen crouched, with legs spread, with open yoni, as she gives birth to the gods and the quarters of the sky.

She is seen as one with abundant and flowing powers:

These are familiar images in the psyche of women all over India.

And even though their meaning and metaphor are dim and distant their visual impact is immediate. The contact is constant, in an apparently unconnected way – through the presence of an amman temple at the street corner, through an auspicious day of the goddess, through a neighbourhood woman performing an elaborate worship of the sun and harvest to express her cosmic connections.