The community has a traditional approach to sex education and finding a partner. The key is openness, conversation and guidance. 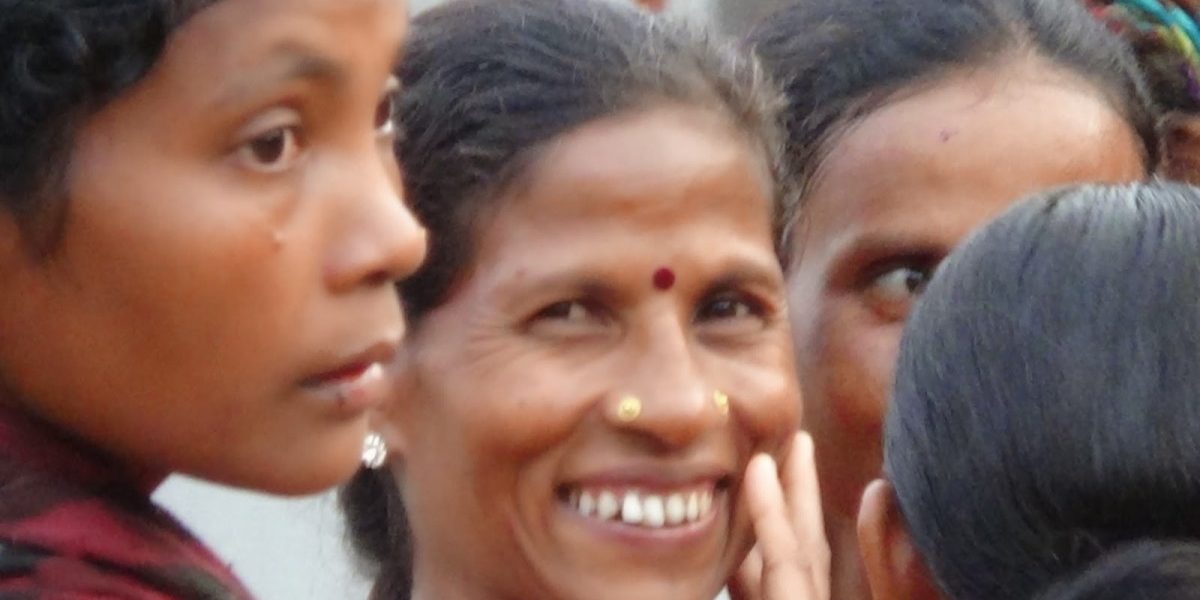 Rayagada, Odisha: In his village of Singoroda, 80-year old Langi Nathika commands great respect – mostly as the husband of a bejuni, a priestess in their Kondh tribe.

Like many in his community, Nathika cherishes their traditional approach to sex education and finding a partner. He may have something for us to learn from the times of #MeToo.

Many evenings, Nathika says, after the day’s work, village folk will assemble at the fire – men, women, young and old. Residents of nearby villages join in. Here, amid dance and drink in the open, under the gaze of the elders, young people are able to interact. There are no reports of indecent behaviour, nor unwanted pregnancies. The key is openness, conversation and guidance.

Traditionally, many Adivasi communities of central and east India had dormitories for the youth where they learnt about sex. Tribes from Chhattisgarh call it ghotul, while Kondh Adivasis of south Odisha call it Da dingda hala in their language Kui.

“An elder woman of the village taught adolescent boys and girls about sex, how to prevent pregnancies, about consent, about married life,” said Jagannath Majhi, a Kondh Adivasi who works with the food sustainability NGO Living Farms. “The institution prepared us to select a partner, and it taught us how to respect and live with them.”

He added that this practice has disappeared in the Kondh community over the past 15 years. “I remember seeing it when I was little. Only Dongria Kondh who live deep inside the forest still continues with the tradition.”

While working with Muria tribe in what is now Chhattisgarh, the anthropologist Verrier Elwin wrote that ghotul celebrated the idea that “youth must be served, that freedom and happiness are more to be treasured than any material gain, that friendliness and sympathy, hospitality and unity are of the first importance, and above all that human love – and its physical expression – is beautiful, clean and precious.”

Non-Adivasis in the area, who follow modern lifestyles, regard these traditions with contempt. “In my fieldwork, I have had so many complaints by young women being harassed by Odiya men and women,” said Majhi. “They are at the receiving end of regular taunts like – ab to sudhar jao, kapde pehno, ek aadmi ke sath raho, hamesha jungli rahoge? [Get civilised now, wear clothes, be with one man, will you be wild all your life?]. This commodification of Adivasi women by outsiders is a major cause of crime against them.

Nathika recalls the time when outsiders came to work on the railway line in the area. “They attracted non-Adivasi labour. Some Adivasis also worked there and invited these people to evening gatherings. The non-Adivasi mind didn’t know how to deal with the open and friendly presence of Adivasi girls.”

Soon, there were reports of outsiders harassing tribal women, he said – to the extent that Adivasi women stopped participating, and eventually, the gatherings stopped altogether. “Word spreads fast here, he said. “Adivasis couldn’t say no to the drunk outsiders. So they stopped having evening gatherings at all. Now the song and dance happen only at our festivals, and we don’t invite non-Adivasis.”

Another frustration, according to locals, is the moralistic intervention of the state, and its enthusiasm to lay down rules based on half-information and lack of understanding of local cultural context.

Debjeet Sarangi, a founding member of Living Farms, used to work with the Bonda community in Malkangiri district 20 years ago. “Adivasi women in Odisha had no culture of wearing blouses,” he recalls. “They wore short skirts and beaded necklaces. The local district collector found it inappropriate and started distributing sarees and blouses to the Bondas. Since they didn’t know what to do with them, they sold these in the weekly haat.”

When the state officials sanction such policies, it legitimises the eroticisation of Adivasi woman. Sarangi adds, “I have worked with Adivasi communities in Odisha for the past 30 years and I have seen things change before my very eyes. The weekly haat at Chatikona village (Bissamcuttack block of Rayagada district) has become a tourist attraction of sorts. Young men from nearby towns take photographs of women bathing at the stream. This didn’t happen earlier. Adivasi women were not used to such gaze.”

What is happening at schools is also dictating changes in the life outside. The state government, especially over the past decade, has pushed for the ‘mainstreaming’ of Adivasi children through residential schooling at a massive scale.

Crucial components of education go missing in this drive – now there is proximity but no meaningful guidance, only rules. “Usually, there is one warden who is mostly away. The kids are given separate rooms. But has any barrier come in between young excitement?” Majhi asks. “You can climb hills in the excitement of youth. How can an adjacent room stop you? These are Adivasi children; they know their way around the forest. And so, I hear of more early teenage pregnancies.”

Government representatives disagree. According to Jaychandra Pathy, the block education officer in the neighbouring Bissamcuttack block, “There are wardens. There are separate hostels for boys and girls. Teenage pregnancies are unheard of. If there are any, they happen outside the hostels.”

But the intermingling of young men and women without guidance is only half the problem. What they are taught in its place is the other half.

“The enthusiasm of government decision-makers, largely misplaced, is helping kill Adivasi traditions,” said Pradeep Prabhu, retired dean of the Tata Institute of Social Sciences in Tuljapur. “Adivasi literature, passed on through oral tradition, is full of strong feminist characters. It celebrates a woman’s agency, wit, choices and decisions. Boys and girls listen to these stories, and this manifests in what the young do in everyday gatherings. And how they pick partners.” Which is in complete contrast to what they are being taught in schools run by the government.

Parul Abrol is an independent journalist in New Delhi. This article is part of a series produced under a OneWorld – Dream a Dream Media Fellowship on Life Skills.