Vikram Singh Saini echoed the view that several right-wingers have expressed on social media. None of them, though, seemed concerned about what Kashmiri women may want. 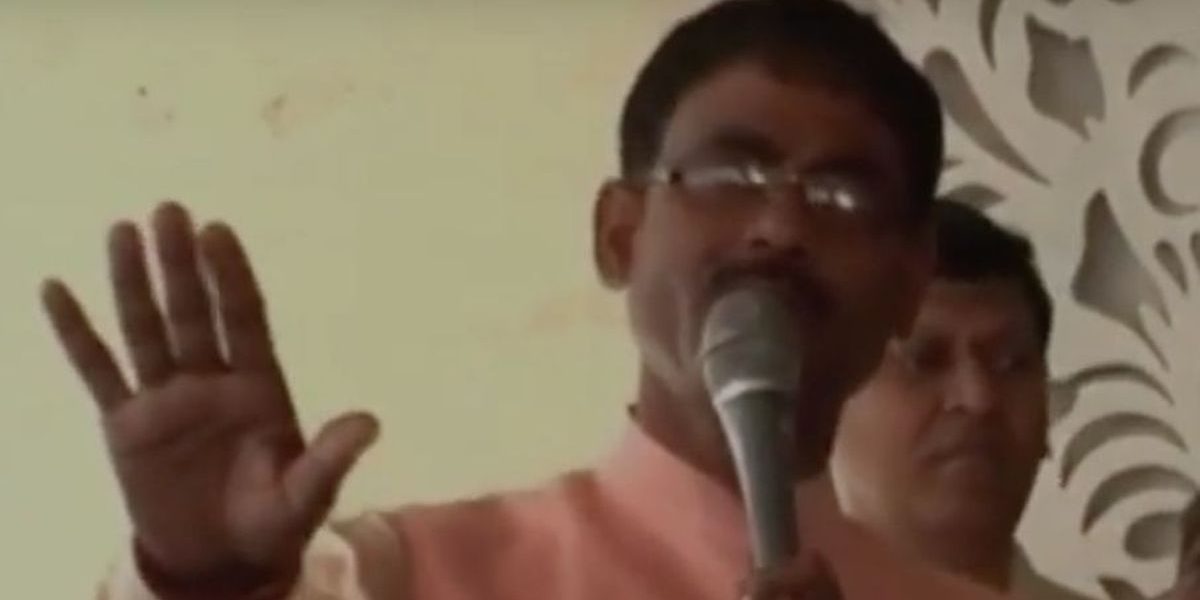 New Delhi: While most of Kashmir continues to face a communication blackout after the Centre decided to read down Article 370, revoke Article 35A and divide the state of Jammu and Kashmir into two union territories, Bharatiya Janata Party leaders from across the country have been hailing the decision as necessary for “national integration”.

One BJP MLA from Uttar Pradesh, though, has another reason for welcoming the decision that was made without consulting politicians in J&K. Vikram Singh Saini said on Monday that BJP workers were “excited” by the change as they can now marry “fair girls from Kashmir”.

Also read | ‘Everything Has Been Lost. Except Our Resolve to Fight Back’: Shah Faesal on Kashmir

Saini, the MLA from Muzaffarnagar, can be seen saying at a rally in a video, “Karyakarta bahut utsuk hai aur jo kunwaare hai, unki shaadi wahi karva denge, koi dikkat nahi hai. Kya dikkat hai? Pehle wahaan mahilaon par kitna atyachar tha. Wahaan ki ladki agar kisi Uttar Pradesh ke chorey se shaadi kar le, toh uski nagrikta khatam. Bharat ki nagrikta alag, Kashmir ki alag… Aur jo Muslim karyakarta hai yahaan par, unko khushi manani chahiye… Shaadi wahaan karo na, Kashmiri gori ladki se. Khushi manani chahiye. Poore chahe Hindu, Musalman koi ho. Yeh poore desh ke liye utsah ka vishay hai. (The workers are very excited and those who are bachelors, they can get married there. There is no issue now. Earlier, there was lot of atrocities on women. If a woman from there [Kashmir] got married to a man from Uttar Pradesh, her citizenship would be revoked. There was different citizenship for India and Kashmir. And the Muslim workers should celebrate here. Get married there. To a fair Kashmiri girl. There should be celebrations. Everyone should celebrate… Be it Hindu or Muslims. This is something the entire country should be celebrating).”

Other than the obvious sexism and colourism in Saini’s remarks, he is also wrong about the facts. Even before Monday, Kashmiri women did not lose their residency if they married someone from outside the state.

“This issue was settled by a full bench of Jammu and Kashmir high court in the case titled State and others vs Dr Susheela Sawhney and others in October 2002 by striking down the proviso of the state subject (permanent residency) law according to which women marrying outsiders would lose their permanent resident status,” former advocate general of Jammu and Kashmir government Ishaq Qadri told PTI.

If the “fair women” of Kashmir have chosen not to marry “excited” BJP workers from UP in the last 17 years, since the law changed, it seems unlikely that they will suddenly change their minds now.

Unfortunately, Saini wasn’t alone in his belief that women from Kashmir will now be falling over themselves to marry men from other parts of the country who are celebrating the revocation of the state’s special status. According to a HuffPost report, a number of TikTok videos of men bragging about how they will marry Kashmiri women now have emerged.

Of course there is no reference in these videos, or in Saini’s speech, about what women from Kashmir may want.

This isn’t the first time Saini has made headlines for his majoritarian and even violent remarks. In January, he had said that people who feel unsafe in India should be bombed. “Give me a ministry and I will explode bombs behind those who aren’t loyal to the country… not even one will be left.” In 2018, he had insisted that “Hindustan” belongs to Hindus. “A few incompetent leaders stopped these people with long beards from leaving. These people usurped land and wealth. Had they not been here, all this would have been ours,” he had said then.