How Much Freedom Did the Triple Talaq Bill Bring for Muslim Women?

"If the husband of a woman goes to jail, what will the wife depend on for her livelihood and where lies her freedom?" asked lawyer Sadhana Dwivedi. 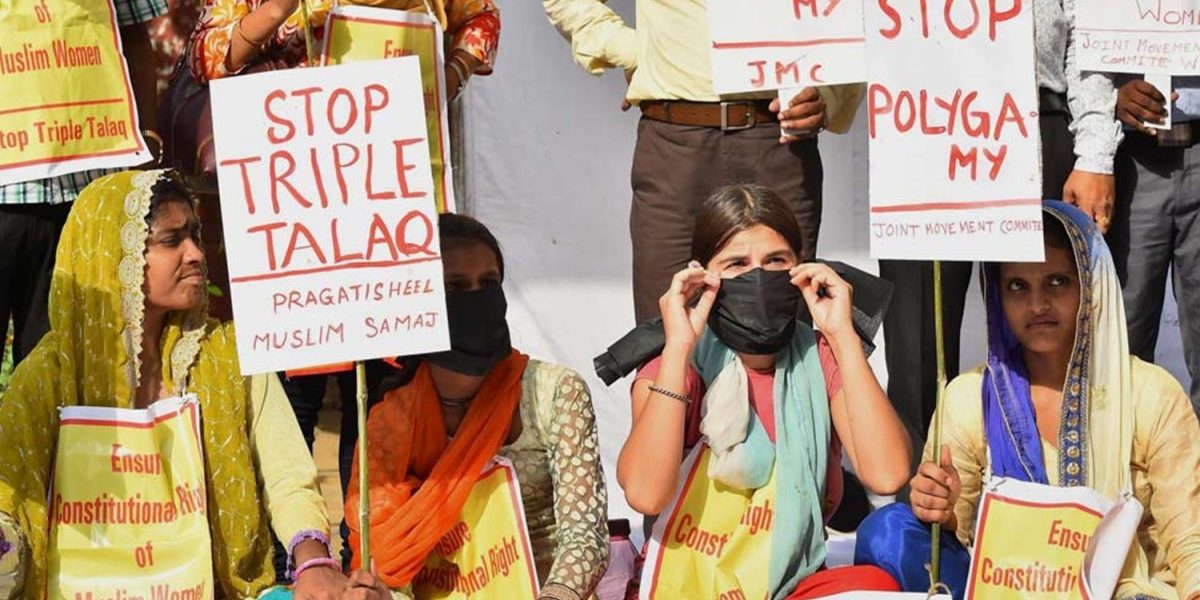 File photo of a protest against triple talaq. Credit: PTI

Banda (Uttar Pradesh): Subi Begum was waiting outside the Banda civil court for the hearing of a case she has been fighting for years. “I feel at peace when I think that now a husband cannot just give a talaq at whim. He has to be wary of the consequences and will think twice,” she said.

She went on to say that previously, a man could just give a triple talaq via mobile or in writing. “It had become a game for them, where the threat lay in everyday conversations,” she said, adding that a man should not be allowed to leave a wife and marry multiple times. “When a man gives talaq, our blood boils and we feel our life withdrawing from our bodies. But how would men understand this?” she said.

Subi is a Muslim woman who had married a Hindu man against her family’s wishes, only to discover his abusive traits later. Taking advantage of her Muslim identity, he would constantly threaten to give her an instant talaq, which she refused to accept. Finding herself trapped with nowhere to go, after several negotiations, she was allowed to live in a separate room with her daughter in her in-law’s house.

Khabar Lahariya spoke to several women like Subi for whom the recent passage of the Muslim Women (Protection of Rights on Marriage) Bill, 2019 was significant. The Bill has been hailed as a great achievement for gender justice in Indian history and may have given temporary reprieve to Muslim women from the prospect of a sudden abandonment of marriage. However, it still left the future of several women uncertain.

Watch | Salman Khurshid On Triple Talaq Bill: Why Not Strengthen Muslim Law Instead?

Shabeena Mumtaz, a social worker in Banda, pointed out that there was no freedom for women as long as they were still trapped within the confines of the marriage. “What is the point when the talaq is not acknowledged but the husband is sent to jail?” she asked. “The woman will be under the control of her in-laws, who will harass her, both mentally and physically.”

Shabeena further went on to say that owing to the patriarchal mindset prevalent in India that discriminates against ‘separated’ women, the woman cannot go back to her parent’s house either. “It also needs to be specified how the husband will support the woman after going to jail,” she said.

Sadhana Dwivedi, a lawyer, said that the idea of freedom for women warrants the question of how it can be sustained. “If the husband of a woman goes to jail, who will the wife depend on for her livelihood and where lies her freedom then?” she said. Dwidevi said that this freedom would be hard to digest, considering the unfavourable and ambiguous circumstances.

“In fact, the woman will get harassed even more for sending her husband to jail and will have to face the torture of her in-laws,” she said. “If cancer is growing in your body and you don’t cut it off, is it not fatal?”

“The husband and the wife will neither live together nor be allowed to separate,” she added.

Nyaz Ahmed, another lawyer in Banda, said that the issue of separation and reconciliation remained largely unaddressed. “The onus for reporting to the police lies with the wife or blood relatives,” he said, and asked what would happen once the husband returns.

“Will the husband accept his wife after coming back from jail and will the wife be able to live with him too?” he asked, saying that the law needed to be reexamined. “The problem is faced by just 5-10% of women, in all religions. One should make a law for all religions. It is not right to apply rules for just one religion.”

“By bringing a civil issue under the ambit of criminal law, what will be the effect on the woman and her family?” he asked, adding that it was uncertain whether this law was in solidarity with Muslim women or designed to send Muslim men to jail. “We only wanted the end of talaq-e-biddat, but not by making it a criminal offence,” he said. “Marriages need to be compulsorily registered in all states, so that the divorces can be mediated under the general marriage laws in the county.”

The district head of Banda’s BJP unit, Lovlesh Singh, in response to allegations about the political motivations behind a law for a particular religion, said, ““Where is the question of religion here? If my sister or my daughter is suffering due to the threat of triple talaq, and this is taken away, where is the question of religion? Where are we saying that you cannot read namaz?”

Amongst the non-Muslim communities, the view that prevailed was that a simple criminal prohibition was an end-all solution. Kanti Pandey, a resident of Banda, said, “Now, a woman will be able to lead a good life with her husband and kids.” She further said, “Sometimes men act on their whims – even when the salt or spice in the food is not good, they can spring a ‘triple talaq’ on the wife anytime. Now, this will stop and the man will start understanding the wife’s role a bit more.”

But for women like Anwari, the fight has taken an ugly turn.

She has been an unwelcome guest in her extended family’s house after her husband gave her a triple talaq a decade ago. She is still battling the case out in courts. Though the bill’s passage cannot reverse the struggles she has and will continue to go through, she said, “I feel content that now the man will stay at home and take care of his family.”