The Pandemic Has Emptied the Streets of Women, Making Them Even More Unsafe

Before COVID-19, the challenge was to bring a social change in the acceptance of women’s presence in public spaces irrespective of the time or purpose. Now, we have walked back women-less streets. According to the National Commission of Women (NCW), the month of June alone saw the registration of 194 cases against sexual harassment and molestation. The monthly figures were the highest yet this year.

Molestation and stalking, which are considered to be precursors of rape and physical assault on women, point not only to the general vulnerability of women, but the particular danger to them in the time of a health crisis.

On June 18, no fewer than three months since the “Nirbhaya convicts” were hanged, a 25-year-old woman was raped in a moving bus on her way to home from Pratapgarh to Noida, allegedly by one of the bus drivers.

On April 18, a 17-year-old girl in Madhya Pradesh was abducted and raped while she was on her way to a hospital. A woman in Rajasthan was gang-raped by three men in a school where she had been quarantined.

It begs no separate mention, therefore, that capital punishment has not been able to deter such crimes.

The streets of the Indian cities had never been known to be safe havens for women, especially during less busy times and in deserted areas. According to National Crime Records Bureau (NCRB) data, the crime rate of stalking or voyeurism had gone up in India from 0.8 in 2014 to 1.5 in 2018.

Further, Save the Children’s 2018 report on girl’s safety in public spaces tells us that one-third of adolescent girls in India fear unwelcome touching or stalking in public places. One-fifth of them apprehend the risk of being physically harassed. 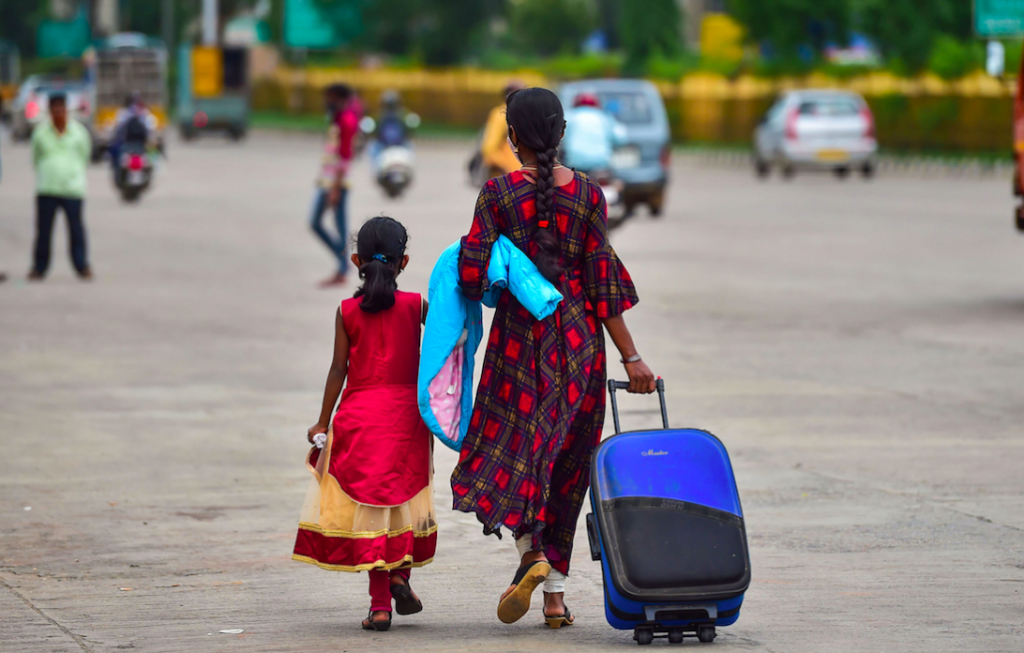 Not just deserted roads, but crowded public transport is also a nightmare for women commuters in urban areas. A study by Jagori in Delhi (conducted in 2010) found that about 51 % of women face harassment while using public transport and 42% of them, while waiting for their transport.

Most incidents of sexual crimes against women are followed by a round of character assassination and scrutiny of the victim.

One of the convicts of the Nirbhaya case in an interview with BBC said famously that no decent girl would be roaming around at 9 pm and that the victim was equally responsible for the rape. The lawyer of the convicts was found to be questioning the victim’s character as well.

Also read: Why Are So Few Delhi Women Participating in the Workforce?

Women have never had an equal right to public spaces, where men can loiter around aimlessly at any time of the day but women are expected to be out only with a noteworthy purpose.

Women, alone and in groups, have started to take to the streets at night as proof that wandering around in public places is not just a man’s job but also a women’s right, irrespective of the time.

However, with a health crisis and the lockdown, women’s presence in public spaces has declined further.

After a total lockdown of more than two months, the country started opening up gradually from June onwards. Even though several state governments have brought restrictions, some public places like religious sites, restaurants, shopping centres and malls have been opened.

Pedestrians and vehicles are increasingly visible on the streets. But it is not the same as before.

The bus stands are bleakly occupied by commuters, as a majority of them have shifted to either private vehicles, cycles or auto-rickshaws to avoid crowds and maintain physical distancing. The pavements are almost empty and so are the textile markets and other non-essential stores. The street food vendors and the small tea stalls have started witnessing visitors, but they are predominantly men. 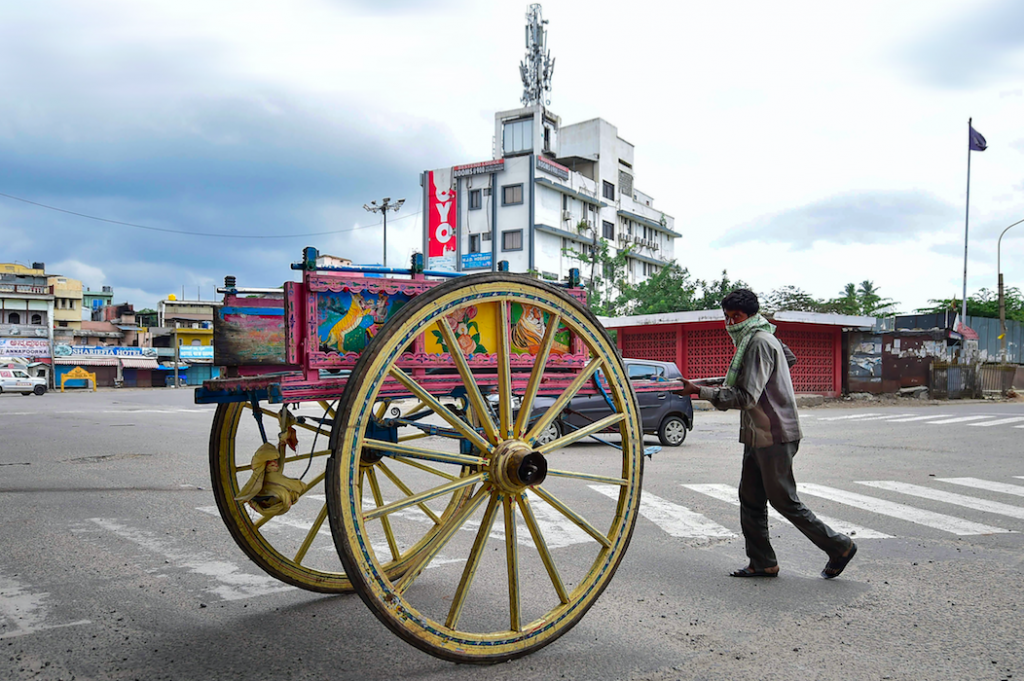 The number of pedestrians and vehicles on the road eerily shrink with nightfall and almost disappear with the onset of the night curfew, making roads unsafe for commuters who work in night shifts and as ever, more so for women.

The distorted sex ratio among commuters is not particularly new.

Long before the pandemic, India was facing a dip in the female workforce with only 18% of women being employed in urban India while among men, 69% are part of the working population, according to the Periodic Labour Force Survey (PLFS), 2017-18 report.

Now, according to Ashwini Deshpande, “…the number of men who reported themselves as employed dropped by 29% between March 2019-20 and April 2020, while for women the change was much greater at 39%.” This has understandably reflected in the number of commuters on the road.

More than 50% of the female workforce are in regular wage or salaried jobs (PLFS, 2017-18), out of whom, a fair proportion associated with the IT services are now working from home and staying indoors. Moreover, with no schools and colleges operating, teachers and the students, two groups who seem to have a moderately balanced representation of genders, have dropped out as daily commuters.

Unlike women, men can still be seen socialising on the streets. Young boys can be seen on two-wheelers out for little joy rides, as schools and colleges remain shut. However, women, with or without a paid job, are now additionally burdened with their traditionally-considered primary job, unpaid domestic care work.

With the schools and creches shut, and COVID-19 being considered a greater threat to the elderly, women have had to be more attentive to child and elderly care along with their daily household work and additional office work. This has left them with little time to socialise, let alone populate the streets in an attempt to socialise, thus categorically giving up their share of existence in public spaces.

The whole scenario has made women’s access to essential services, such as markets or health services, considerably unsafe. The numbers from June 2020 are testament to something that most women know to be true: streets unpopulated by women are that much more unsafe for other women. Women who have to commute for essentials or for work, alone, and especially in public transport now are at enhanced risk of experiencing fear and discomfort arising out of possibilities of sexual crimes.

Before COVID-19, the challenge was to bring a social change in the acceptance of women’s presence in public spaces irrespective of the time or purpose to make public spaces safer for all women.

Reclaiming of public spaces for safety of women might become a distant dream if the pandemic persists for long. This distorted sex ratio in public spaces can prove to be fatal to women’s freedom of movement, further discouraging women from being a part of the workforce.

Sudeshna Maitra is a Research Associate at the National Institute of Rural Development & Panchayati Raj (NIRD&PR).