Women were forcefully pulled out of buses, while a devotee attempted to kill herself protesting against the entry of women. The Kerala government has said it would take all measures to ensure smooth passage.

New Delhi: With the Sabarimala temple set to throw open its doors within 24 hours, reports of women travellers being prevented from taking the road leading to the shrine have set off alarm bells. The Supreme Court late last month ruled that restricting entry of women of menstruating age (between 10 and 50 years old) was unconstitutional.

Since the judgment, several groups have protested against the entry of women. Kerala’s opposition parties, including the Congress and the BJP, have been organising protests, demanding that the Kerala government file a review petition. At a BJP-led rally, Malayalam actor Kollam Thulasi had stated that women entering the temple should be “ripped in half”.

It is in this context that, with the pilgrimage set to begin, numerous instances of women being prevented from going towards the temple were reported. On Tuesday, women, journalist and journalism students were barred from taking the road to the temple. The Indian Express reported that women and journalism students were forcefully pulled out of buses at Nilakal, close to the temple. A Times Now journalist was halted and her car was prevented from going any further.

According to Firstpost, a woman attempted to kill herself at Nilkal to protest against the apex court’s order. Her attempt was foiled by fellow protestors. Women protest against the Supreme Court’s order striking down the restricting the entry of women into Sabarimala temple. Credit: PTI

Board meeting fails to reach consensus

The Travancore Devaswom Board, which administers the temple, met with various stakeholders to discuss the situation. Members of the Pandalam royal family and devotees participated, but a consensus could not be reached. While members of the Pandalam family demanded that a review petition be filed against the Supreme Court’s order immediately, the board was not ready to commit. P.G. Sasikumar Varma, Pandalam palace managing committee president, said the Pandalam family was unsatisfied with the meeting.

The Devaswom Board said it was open to filing a review petition by November 19, when another board meeting has been scheduled. The board said it was willing to work towards a consensus, but could not guarantee status quo until then.

The state government has said that it would not file a review petition and promised to ensure smooth pilgrimage to women devotees. 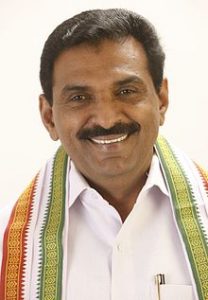 Congress Lok Sabha MP Anto Antony, who represents Pathanamthitta constituency under which the Sabarimala hill shrine falls, on Tuesday urged the Centre to issue an ordinance to get around the Supreme Court order allowing entry of women of all age groups into the holy temple.

“The Sabarimala temple will open for monthly pooja tomorrow evening. We all are very concerned. This time, the centuries’ old pilgrimage to Sabarimala, which is a festival of all faiths, is in the shadow of conflicts.

The apex court verdict permitting women of all age groups into the shrine have been opposed by all including the people from other faiths,” Antony said.

The dharna, held in Erumely, a small town where a mosque named after a Muslim saint Vavar, considered a close friend of Lord Ayyappa, was attended by women from all faiths including Hindu, Christian and Muslim associated with the Congress-led UDF.

A visit to the Vavar mosque is an integral part of the pilgrimage to Sabarimala.

Also Read: Appropriation of Ayyappa Cult: The History and Hinduisation of Sabarimala Temple

Urging the Centre to issue the ordinance, the MP said he had written to Prime Minister Narendra Modi in this regard.

“I, as the MP representing the constituency in which Sabarimala temple and important pilgrim centres associated with it come, have urged the PM to issue the ordinance to stop entry of women of all age groups into the hill shrine, where Lord Ayyappa’s character is a ‘naishtika brahmachari‘ (eternal celibate),” he said.

The PM hasn’t responded, he said.

The All India Democratic Women’s Association (AIDWA) issued a statement condemning “the efforts of BJP-RSS backed right wing groups to create a communal frenzy” against the implementation of the Supreme Court’s Sabarimala order. AIDWA said it has started a campaign to explain the verdict to the women, so that they are “not swayed by the irrational and emotional appeals of reactionary political forces”.

P. Sathidevi, general secretary of AIDWA Kerala State Committee, was threatened by a BJP leader publicly on a TV show, the statement said. Other AIDWA leaders were also being threatened, it said. Praising the Kerala government’s resolve to implement the judgement, the association demanded the immediate arrest of all BJP-RSS leaders and supporters issuing open threats to women.