Dainik Jagran had recently claimed that the eight-year-old's post-mortem showed that she was not raped. 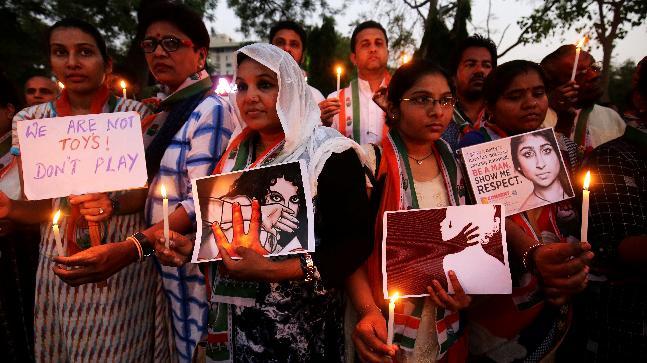 A candlelight procession to protest the rape and murder of an eight-year-old in Kathua. Credit: Reuters

New Delhi: The Jammu and Kashmir Police’s crime branch on Saturday (April 21) said that reports circulating on various news and social media platforms that the Kathua victim was ‘not raped’ are false.

“In the last couple of days, a section of print/electronic media has published/broadcast information/reports shared on social media sites as well, which are far away from the truth”, a press release said. The crime branch noted that according to opinions furnished by medical experts, “it has been confirmed that the victim was found subjected to sexual assault by the accused.”

“Our investigation has revealed that the victim was sexually assaulted. The same has been said on the basis of opinions furnished by medical experts. The media reports claiming otherwise are false,” Rama Jala, senior superintendent of police, crime branch, J&K Police, told The Wire.

On Friday, Dainik Jagran, published a story with the headline, “The girl in Kathua was not raped. Post mortem report only talks of injuries”. The story was front page in most editions of the Hindi daily. The report speculated that the injuries mentioned in the post-mortem ‘could’ have been caused by cycling, swimming, or horse riding. Dainik Jagran’s speculative report did not mention the opinion of any medical experts.

Alt News, however, did speak to Dr. Jaydip Sarkar, a forensic expert who has extensive experience of working with rape victims. “The information available based on the two post-mortem sheets suggest on balance of probability that sexual assault has taken place. The relevant injuries described in the internal examination appear to be consistent with non-consenting and forcible act in the sexual region of the victim. That there are genital-specific injuries which are quite characteristic, strongly points to attempted or completed rape,” Sarkar told Alt News.

Dainik Jagran’s report is eerily similar to unverified messages that are being shared on social media and which claim that the victim was ‘only’ killed and not raped. Some even claim that it is ‘impossible’ to rape a eight-year-old.