Rehana Fathima's Struggle Against Gender Stereotypes Should Be Celebrated, Not Punished

Everything you need to know about the case against the activist and the arguments she has made for anticipatory bail. 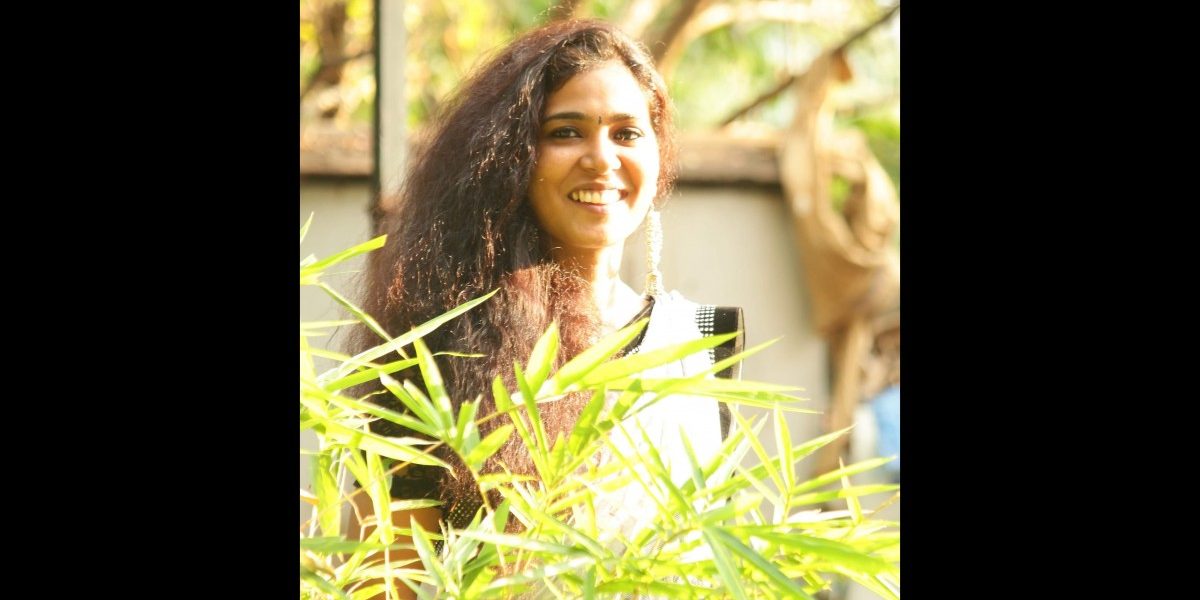 Rehana Fathima, an activist from Kerala who had tried to enter the Sabarimala temple, is back in the news again, but for different reasons. This time, her activism has the potential to challenge not only patriarchal stereotypes prevalent in conservative Kerala and elsewhere, but also the judicial attitude towards allegations of obscenity.

On June 19, Fathima uploaded on YouTube a video clip of her two minor children, aged 14 (boy) and eight (girl), painting her body above the navel with the heading “Body Art and Politics”. The Ernakulam Town South Police Station registered a case against her, alleging offences punishable under Sections 13, 14 and 15 of the Protection of Children from Sexual Offences Act, 2012 and under Section 67B(d) of the Information Technology Act, 2000. Section 75 of the Juvenile Justice (Care and Protection of Children) Act, 2015 was also invoked against her.   Expecting arrest, she sought anticipatory bail.

On July 24, Justice P.V. Kunhikrishnan of the Kerala high court dismissed her plea for anticipatory bail. On Monday, she filed a Special Leave Petition in the Supreme Court against the high court’s decision.

What is her defence?

Before the high court, Fathima claimed that she is an activist and has been fighting against body discrimination. She told the high court that she believes there needs to be openness in the discussion on body and body parts, and there is nothing to be hidden within and outside the family about the same. According to her, children should be given sex education, and they also need to be made aware of the body and body parts. As a result of this, she believes children will mature to view the body as a different medium altogether, rather than see it as a sexual tool alone. She claimed that she uploaded the video with this intention.

She also told the high court that society’s morality and public outcry cannot be the reason for instituting a crime and prosecuting a person.

Fathima uploaded the video with a write up which explains her choice of the title. She wrote that exposing the views which society seeks to conceal is also a political act. “In today’s society where a female is restricted or censored from opening her mouth or utter a word with regard to nudity or sexuality, brave political act against it is what time demands,” she suggested.

Just as beauty is in the eyes of the beholder, so is obscenity, she reasoned. According to her, no child who has grown up seeing his mother’s nakedness and body can abuse another female body. Despite being covered up, women’s bodies are being attacked every minute; in a sexually frustrated society, women simply do not feel safe in clothes, she says.

How has she answered specific allegations in the FIR?

To attract an offence under Section 13[c] of the POCSO Act, the essential ingredient  to be fulfilled is the ‘indecent or the obscene representation of the child’. The words ‘indecency’ and ‘obscenity’ have not been defined under the POCSO Act or under the Indian Penal Code. She contended that morality of the most puristic Brahmanical society or society that wants to travel back to the pre-Constitutional Brahmin-dominated era could not be the touchstone for deciding on acts of indecency or obscenity.

Her video, Fathima said, cannot be watched in isolation and without understanding the message conveyed through the video as well as in her write-up. She alleged that the complainants against her were meant to harass her for her stand in favour of gender equality.

Section 13 of POCSO Act deals with use of a child for pornographic purposes. Sexual gratification under this section includes representation of the sexual organs of a child, usage of a child engaged in real or simulated sexual acts (with or without penetration) and indecent or obscene representation of a child. Section 14 of the Act seeks to punish one guilty of the offence under Section 13 with imprisonment for a term which shall not be less than five years and shall also be liable to a fine.

The nudity of the mother cannot be an indecent representation of the child attracting the offence under Section 13, so as to attract the penal provision in Section 14, she has contended before the Supreme Court.

Section 2[c] of the Indecent Representation of Women (Prohibition) Act, 1986 defines the offence as the depiction in any manner of the figure of a woman; her form or body or any part thereof in such way as to have the effect of being indecent, or derogatory to, or denigrating women, or is likely to deprave, corrupt or injure the public morality or morals. She has claimed that her conduct does not meet any of these ingredients.

In his book Offend, Shock or Disturb, legal scholar and Supreme Court advocate Gautam Bhatia questions the very rationale of this Act that privileges protecting public morality when it comes to the depiction of women, but not men.  According to him, it rests upon a worldview that holds that women must be contained and confined within a narrow sphere of civility and respectability, if they are not to pose a threat to the morals of society.

In Aveek Sarkar v State of West Bengal (2014), the Supreme Court has laid down the Community Standards Test. The case was about the use of the picture of a nude photograph of Boris Becker and a photograph of his fiancée taken by her father, published in the sports magazine, Sports World. The Supreme Court held in this case that the photograph and the article needed to be appreciated in the light of the message they wanted to convey.

In Bobby Art International v Om Pal (1996), the Supreme Court observed that nakedness does not always arouse the baser instinct.

Fathima relies on both these judgments to support her stand. The high court has ignored both in its order denying anticipatory bail to her.

Why did the judge deny anticipatory bail?

According to the judge, whoever uses a child in any form of media for the purpose of sexual gratification is punishable under Section 14 of POCSO Act. The judge found prima facie evidence that she used her children for the purpose of sexual gratification. “The expression of the petitioner, while the children are painting on her breast is also important,” the judge wrote in his order.

Reading the explanation to Section 13 of POCSO, the judge stated that involving a child through any medium like print, electronic, computer or any other technology for preparation, production, offering, transmitting, publishing, facilitation and distribution of pornographic material would be covered under it.

Section 67B(d) of the Information Technology Act, which says that whoever facilitates abusing children online shall be punished, was also found relevant in this case.

As a violation of Section 75 of the JJ Act, 2015 is alleged, the judge said her custodial interrogation is required. A close look at this provision shows that in order to attract the offence, the child needs to be assuaged, abused or exposed, or wilfully neglected in a manner likely to cause the child unnecessary mental or physical suffering. The child’s perspective of unnecessary mental or physical suffering is necessary to satisfy the ingredients of the offence under this provision. This is missing in this case, Fathima says in her appeal before the Supreme Court.

The seizure of a laptop and study materials by the police for the investigation has meant that her children can’t attend online classes, Fathima has told the Supreme Court.

Also read: The Way POCSO Cases Are Handled Is Another Reason Why Our Trust in Lower Courts is Fading

While denying her anticipatory bail, the judge said that he had no hesitation in appreciating her children’s talents while watching the video. “They deserve encouragement. But not in the way the petitioner encouraged them by uploading this video,” he wrote in the order.

The judge claimed that he placed himself in her position and from the viewpoint of viewers of every age group, and after applying his “judicial mind”, he was not in a position to say that there is no obscenity in the video, when uploaded on to social media.

The judge conceded that Fathima has the freedom to teach her child according to her philosophy. But that should be within the four walls of her house and should not be forbidden by law. The judge also cited a verse from the Manusmriti and the Quran about the role of a mother in children’s lives.

What is her contention before the Supreme Court?

In her SLP, Fathima has raised a specific question, asking whether body art in the form for nudity is an expression protected under Article 19(1)(a) read with Article 21 of the Constitution. She has also asked the court to settle the question whether Sections 13 and 14 of the POCSO Act are attracted even if there is no element of sexual gratification or representation of children in an indecent or obscene manner.

According to her, uploading a video involving children would not amount to facilitating online child abuse, without there being any solicitation.  She also claimed that she did not show her bare chest, as her breast was covered by the body paint. It does not arouse any sexually explicit feeling in the minds of a prudent man who is not under the influence of Brahmanistic Hindu standards of the past years, she contends.

In Kerala, body painting on men is an accepted tradition during Pulikali festivals in Thrissur. When Theyyam and such other rituals are performed at the temple, painting is conducted on the bodies of male artists. If these acts are not assumed to be obscene or indecent, it is not clear why a similar act performed by a woman should be so considered, merely because she happens to be a woman. Fathima has also participated as the only female in the male-only performance at Pulikali at Thrissur in order to convey her message of gender equality.

Fathima points out that even though the idols of all goddesses are bare chested, when one prays at the temple, the feeling is not of sexual explicitness, but one of divinity.

She contends that she only allowed her body to be used as a canvas by her children to paint on, and only perverts would be aroused to sexual desire by seeing the nature of the work.  Her message accompanying the uploaded edited video makes it clear that she intended to normalise the female form for her children and not allow distorted ideas of sexualisation to pervade their minds.

Challenging the high court’s denial of bail to her on the ground that she uploaded it on the social media, she asked how could her ‘crime’ cease to be a crime, if committed in private.

Fathima also underlined that in Kerala, social agitations were required for women of certain lower castes to be allowed to wear blouses to cover their breasts and goddesses in Kerala are frequently depicted in idols and murals with bare breasts.

In his book, Gautam Bhatia proposes an alternative approach to the regulation of sexually explicit material, one that is grounded in an understanding of the morality clause as embodying ‘constitutional morality’, one aspect of which is equality as embodying a vision of anti-subordination.

Hopefully, the Supreme Court will render justice to Rehana Fathima from that perspective.