If Stigma Against Sexual-Assault Victims Continues, so Will Cases Like Pollachi

A criminal network has been molesting, filming and blackmailing women in Pollachi for years, but only one family has complained to police. 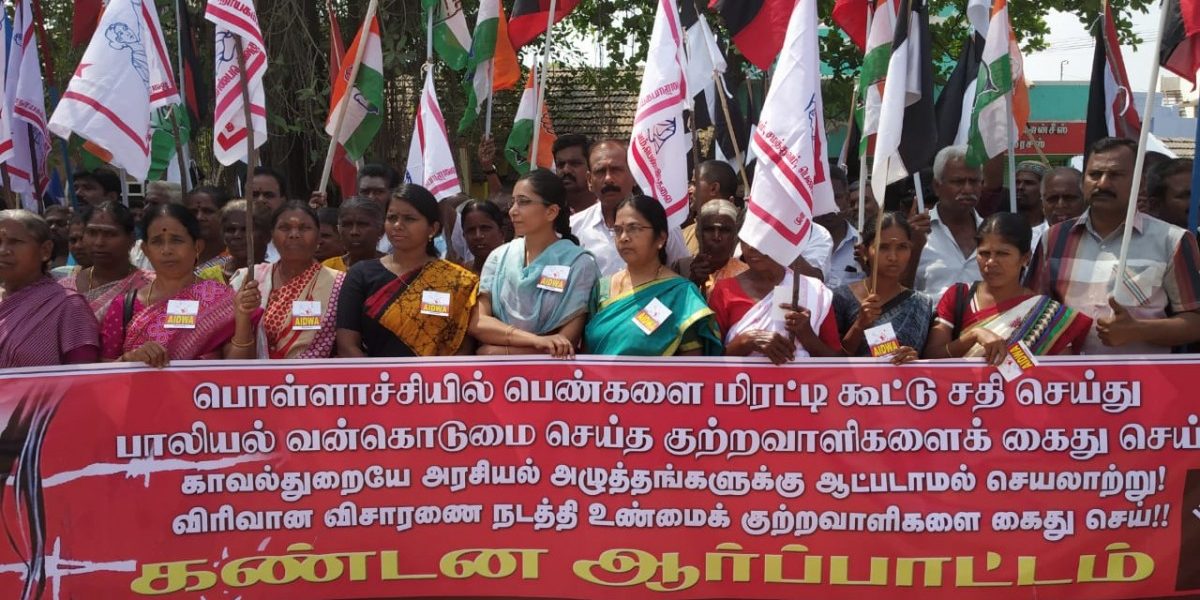 Chennai: Since Monday morning, Tamil Nadu has been coming to terms with the awful facts of the Pollachi extortion racket – in which young women were allegedly lured to secluded spots and molested, filmed in the process, and later blackmailed for money.

Information about the racket has been circulating for a few weeks, and following a complaint by a college student, police have arrested four men. The student accused the men of sexually assaulting her in a car, taking videos of the assault and threatening to share them if they were not paid.

According to her police complaint, the gang threatened to share the video online if she refused their demands of sexual favours and money. She confided in her parents on February 24, after which the family went to the police.

Soon after, the woman’s brother was assaulted, allegedly by friends of the accused, and threatened about lodging a complaint. On February 27, the police arrested three of the accused. Thirunavukkarasu, allegedly the leader of the racket, was arrested on March 6.

According to informed sources, this network has harassed numerous women over a period of seven years. “One of the men would befriend a woman on social media and lure her to some secluded place, where he would be joined by other friends,” a police official told The Wire. “But only one woman has come forward with a complaint so far.”

After widespread appeals on social media,  the four will be charged under the Goondas Act.

Coimbatore superintendent of police, R. Pandiyarajan, also spoke to journalists to rule out another matter of speculation on social media – that the racket flourished with political protection. Pandiyarajan himself was caught in a controversy a few years ago, after he slapped a woman protester who was protesting against TASMAC in Tiruppur.

V. Jayaraman, deputy speaker and the MLA from Pollachi, met the press to deny that either he or his family was connected to the racket, as had been alleged on social media. Accusing the DMK of spreading lies against him, Jayaraman claimed that he had first brought the issue to light and asked the police to act on it.

However, on the same day, the AIADMK expelled A. Nagaraj – a cadre who was indeed allegedly involved. He reportedly led the group that assaulted the complainant’s brother.

More than meets the eye

The state chapter of the All India Democratic Women’s Association (AIDWA), which held a protest in Pollachi last week, says there is more to the case than meets the eye.

“We have come to know that one Karuppasamy, who is allegedly the main culprit, is still at large. The police show no interest in arresting him,” said P. Suganthi, secretary, AIDWA.

“There could be others too in the network,” she said. “The government may say otherwise, but we believe the gang could operate for the last seven or eight years only if it had some kind of political influence. This should be thoroughly investigated. It is surprising that the SP rules out any political involvement even before an enquiry.”

The women’s rights group has asked for a CB-CID investigation into the issue.

The district unit of AIDWA had also demanded that cases of suicide by young women in Pollachi since 2012 be re-examined. Speculation is rife that there were as many as 20 such suicide cases, but A. Radhika, AIDWA’s district president, does not want to make guesses.

“There have been many suicides that we have been hearing of for many years now,” she said. “We realise that at least a few of them could be connected to this issue.”

Meanwhile, the DMK has criticised the ruling party for shielding the “perpetrators of the horrific crime”.

DMK president M.K. Stalin declared that his party will continue to protest legally and in public forums. DMK MP Kanimozhi demanded that the government set up a special court “for the exclusive trial of these violent crimes against women”. She said the incident revealed how women in Tamil Nadu continued to be unsafe.

Kongu Eshwaran, leader of the Kongunaadu Desiya Munnetra Kazhagam (KMDK), part of the DMK front, says the network is larger than it appears: “This is unprecedented in terms of scale and depth, across the country. Hundreds of women have been affected, but the police are only trying to shield the culprits.”

The Pollachi case may be unprecedented in scale, but this is not the first network found to have been targeting women in the state. In Cuddalore, the police busted a racket of at least 16 men trafficking minors for sex. The men, including a church priest, were found guilty by a mahila court and given sentences of four to 30 years.

Also read: The Gap Between the Feminist Understanding of Sexual Violence and the Law

“Even that took enormous struggle,”AIDWA’s Suganthi told The Wire. “The police and the government think it is best to shield such crimes since it bring a bad name to the administration. If only they would spend those energies on getting the culprits punished, the state could be a much better place for women.”

Pointing to the Nirmala Devi case, Suganthi said no major arrests were made except for Nirmala Devi herself, despite alleged “high-profile involvement”.

The risks of complaining

The Pollachi case is a telling reminder of a larger social problem: the dangers to women of even making a complaint.

“The body-shaming, the concept of purity and honour, play a major role in dissuading women from lodging a complaint,” said Kavitha Gajendran, an activist in Chennai.

“The stigma is unimaginable,” she said. “I came across a post on social media in which a man says he will not marry someone from Pollachi. I was shocked. This is a deep-rooted malaise and requires a strong will to be removed.”

About the racket, she observed: “That they believed they could earn handsome money by using women this way is itself a sign that something is deeply flawed in our society.”

“Children have to be able to open up to their parents without fear of the stigma, or of being forced out of schools or colleges. We also need sex education in schools,” Gajendran said. “We have to change the narratives around victimisation,”