Off With Their Heads: Why the New Ordinance for Death Penalty for Rapists Won't Do

Many issues including stigma, family and societal pressure, financial constraints and an insensitive criminal justice system need to be resolved for victims to come forward more and for their rapists to face punishment for their crimes. 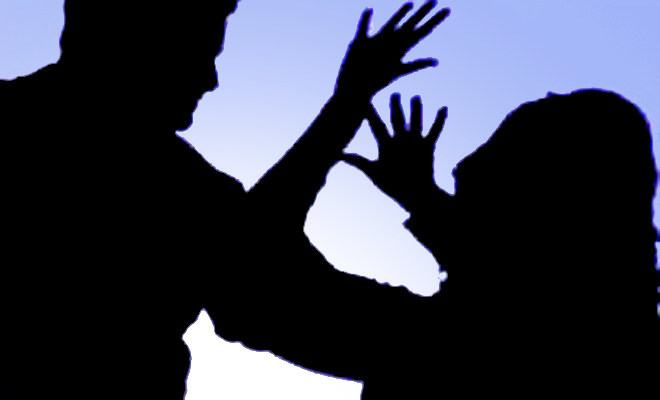 The Union cabinet has cleared an ordinance to amend several provisions of the Indian Penal Code, POCSO (Protection of Children from Sexual Offences) Act, Code of Criminal Procedure (Cr.PC)  and Indian Evidence Act. This includes an amendment for death penalty for rape of children below 12 years. The announcement appears to follow a predictable pattern – when the government is on the back foot, announce ‘death penalty’ to appease the public. However, such a statement is a mere eye-wash for the government’s apathy in addressing core concerns of rape victims and the deplorable condition of the Special POCSO Courts in the country.

Union Minister for Women and Child Development Maneka Gandhi, Delhi Commission for Women (DCW) chief Swati Mahiwal and others who are clamouring for death penalty conveniently fail to acknowledge that the courts are already empowered to award death penalty to the accused in a gruesome rape and murder case, as it would fall within the ‘rarest of rare’ category. Even in the Delhi Gang Rape case, the accused were awarded death penalty under the then existing provisions of the Indian Penal Code, and not under the amended statute.

But more problematic is the categorisation of minors as ‘under 12’ and ‘over 12’.  By this the ministry seems to be endorsing the prejudicial view that children above 12 are likely to file false cases. Do girls above 12 years face less physical injury, mental trauma, social stigma and other consequences of rape? In our experience of providing socio-legal support to victims of sexual violence, it has become evident that the police, prosecutors, judges, media and general public are less trusting of adolescent girls – that they lie, indulge in consensual sex and file false cases. The categorisation is based on a flawed notion of ‘consent’ and ‘agency’.

Several studies have highlighted that death penalty is not a deterrent for any crime. Another suggested amendment in the ordinance is an increase in the minimum punishment. This will only reduce the conviction rate even further. It is the certainty of punishment and not severity that acts as a deterrent. The conviction rate in rape cases continues to be abysmally low even after introducing stringent punishment under POCSO and Rape under Section 376 IPC. According to the National Crime Reports Bureau (NCRB) Report, the conviction rate under the POCSO Act was a dismal 29.6% in 2016.

In several cases, victims have turned hostile in court even though they disclosed details of continuous sexual violence by their father to the police and magistrate under section 164 of the Code of Criminal Procedure, a statement recorded under an oath and is binding on the person to stand by. However, sensitive judges have proceeded to convict the accused because they recognise the pressure faced by the victim. Will this be possible if the minimum punishment is increased to 20 years?

Most perpetrators are close family members

These figures are substantiated by a study conducted by RAHAT, a survivor support programme of Majlis, a Mumbai based NGO (with which I work) which analysed 644 cases filed by the Mumbai police from 2008 to 2015.  In 91% of cases, the accused was a known person and only in 9% cases he was a stranger. Close family members – father, stepfather, grandfather, uncle, etc., – constituted 18% of the known person category. Rape by fathers/stepfathers constituted 46% of the rapes within the family and 7.2% of all cases, i.e., nearly as much as rape by strangers.

The proximity of the abuser to the victim makes the task of reporting the crime arduous and traumatic for the victim. Even thereafter, pressure is exerted on them to retract their cases. Financial constraints and social stigma often result in the victim turning hostile in court. Is death penalty going to resolve these problematic social constructs and prejudices?  A hostile victim is just a statistic and a liar! No one bothers to understand her vulnerabilities and constraints.

What about the young girl who refused to depose against her father in court after bravely reporting the offence to the police? She told us that the two years he was in custody (he was denied bail) was sufficient punishment and she did not want him to suffer any further. Another girl was compelled to turn hostile due to threats of withdrawing financial support by the father’s brother who was providing educational support to her and her two younger siblings. Is death penalty the solution for these young girls and several others who have similar heart rending stories to share?

The media is also guilty for its lack of understanding of the complexity of rapes within family and the conspiracy of silence that surrounds sexual abuse within the family. It is convenient to have 24-hour news coverage of the Delhi gang rape case, Shakti Mills cases, because the accused are “outsiders” from a “different class background.” They can be labelled ‘anti-socials’ or ‘delinquents’ who can be put to death to satisfy the “collective outrage of society”.

But, what about the father who rapes his daughter every night under the threat of refusing to pay school fees if she does not yield to his demands, the father who rapes his eldest daughter who had to step into her mother’s shoes after her death – are we willing and more importantly, are these young girls willing to be instrumental in causing their fathers to be hanged?

Do our patriarchal and judgemental police, prosecutors, judges and the media even believe these victims, let alone award death penalty? Will death penalty change the deep rooted patriarchal acceptance that the man of the family has complete sexual access to the bodies of women in this house whom he financially supports, whereas an outsider must be sentenced to death for committing the same act, since that is ‘worse than death’?

The knee jerk reaction of the ministry appears to be a smokescreen for the shameful state of our criminal justice system. The police continue to be reluctant to register FIRs if the accused is a member of the family. The victim is repeatedly asked if she is “sure” because her father can be sent to jail for several years.

The quality of the investigation is shoddy, in some cases this is deliberate. Prosecutors are inefficient, patriarchal and lack an understanding of the power dynamics at play in a case of family rape. At the initial stage itself, they refer to cases as “genuine” and “false”, overstepping their brief. The medical examination is a long-drawn intrusive process. Doctors subscribe to an erroneous belief that they can, with certainty, depose if a victim has been sexually abused.

As for judges, the delay in the trial lies squarely at their doorstep. They are unable to manage their daily boards and prioritise matters. Victims are called to court repeatedly for recording their evidence and are subjected to aggressive cross examination and the judge becomes a mute spectator.  Children are often subjected to irrelevant questioning to tire them out so that they become inattentive and make mistakes while deposing. The fate of a case depends not so much on facts as on the face-value of the defence lawyer. The RAHAT study brings out the fact that as the age of the victim increases, conviction rates go down. This demonstrates the distrust our judiciary harbours towards adolescent girls.

There is an urgent need to reform our criminal justice system before it completely collapses. But that requires a deep commitment. It is far easier to announce cosmetic changes such as Nirbhaya Centres, CCTVs on public transport, panic buttons on cell phones and death penalty to rapists.

The POCSO Act already provides for appointment of special courts and special public prosecutors. According to the proposed ordinance, new fast track courts are to be set-up. This appears to be another eye-wash. Where are these sensitive and efficient judges and public prosecutors going to suddenly appear from? It has been more than 5 years since the enactment of the POCSO Act, but most special courts do not even have a basic screen between the victim and the accused, waiting area, separate entrance and other basic infrastructural requirements for recording the evidence of a victim.

The proposed ordinance also reduces time limits for investigation and trial without providing any concrete institutional support. I wonder if those approving this ordinance have witnessed the limited resources with which courts and police function?

Another superficial response to rape is setting up of the ‘One-Stop Help Centres’ at the district level. A robust “victim support programme” that reaches out to each victim, coordinates with each stakeholder, provides social support and legal assistance, will be far more effective.

It is disturbing that no attempt is made by state agencies to understand the multiple vulnerabilities faced by victims of sexual violence. Her poverty, ill health, domestic drudgery, violence within the home, lack of education, sanitation, housing, recreation etc, are of no concern to them. She must appear before the court and play the role of an “ideal victim”. She must break down as she narrates the brutal incident but through it recall every minute detail of the sexual act, despite the fact that the incident took place two or three years earlier. If she falters, she is not ‘reliable’. The delay may have been caused by overburdened courts, and the police investigations may have been shoddy, but who cares? The ‘victim’ must perform her role to perfection in order to ‘deserve’ justice.

A positive outcome of the recent amendments appears to be a substantial increase in reporting of POCSO cases. According to NCRB data, 19,765 cases of rapes of minors were reported in 2016 as compared to only 10,854 in 2015.  It is evident that these gains will be wiped out, because it may become unimaginable for a girl to file a rape case against her father, brother or grandfather, knowing that there may be a possibility of him being hanged due to their complaint.

Lack of faith in the justice system, stigma, family and societal pressure, financial constraints and an insensitive criminal justice system are some of the hurdles faced by victims while reporting. Death penalty will be an added burden.

Finally, according to the Death Penalty Research Project by National Law University, Delhi, 24.5% of prisoners on death row are Dalits and Adivasis and 20.7% are from religious minorities. This leads us to the question – who will our courts actually award the death sentence to? More likely to the poor and marginalised youth from Dalit, adivasi and Muslim communities.

Persis Sidhva is a women rights advocate and programme manager of RAHAT – a “Survivor-Support Programme” at Majlis Legal Centre based in Mumbai.