NIFT's director general arrived in Hyderabad to constitute a meeting of the Internal Complaints Committee to look into the matter. 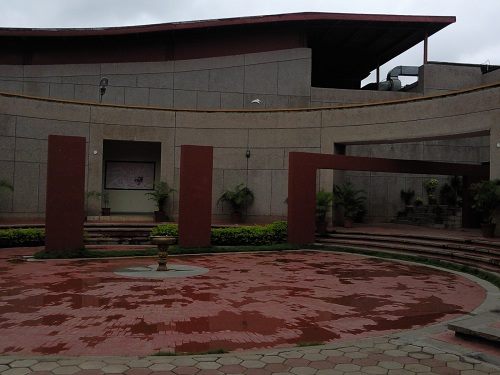 New Delhi: 56 women housekeeping staff of National Institute of Fashion Technology (NIFT) in Hyderabad who were sacked allegedly after they complained of sexual harassment by an employee were reinstated to work.

On Tuesday, The News Minute reported that the agency that the contracts the staff was asked to replace the women, who complained of sexual harassment by D. Srinivas Reddy, who continues to work in the institute. Speaking to the website, Ratna Kumari, the supervisor of the women, said she got a call from the contractor on Wednesday afternoon asking all 56 staff members to return to the campus on Thursday.

In October 2018, Ratna Kumari filed a complaint with the Hyderabad police against the accused. Srinivas Reddy allegedly touched the women without their consent and asked them to have intercourse with him.

One of the 56 women staffers told The News Minute that they have resumed their duties. “As of now, our jobs seem to be safe. But none of the authorities from NIFT have approached us yet. We have learnt that Srinivas Reddy is also here and is currently in a meeting with the director,” the staffer said.

NIFT’s director general has arrived in Hyderabad from Delhi and will constitute a meeting of the Internal Complaints Committee on Thursday to look into the matter.

After the women filed a case against Srinivas Reddy, the ICC had approached the women and recognised the harassment they faced. A Delhi team inquired into the matter, but even seven months after the report was sent to the Hyderabad branch of the institute, no action was apparently taken.

The complainants also claim that after they started protesting, NIFT authorities floated a new tender which demanded the contractor to terminate all the existing workers on the campus and deploy a new workforce.

The same contractor, Murali, won the tender again and said he had no choice but to let go of the women. However, on Thursday, he told The News Minute he had received a verbal promise from Telangana’s labour commissioner that the new tender would be made invalid. The commissioner also said all the women would continue working at the institute.

Previously, the termination order of the 56 women came a day after they took to the streets to protest the management’s alleged inaction in their sexual harassment complaint and demanded the accused’s resignation.

According to The News Minute, while the complainants were asked to leave without any warning, the accused, D. Srinivas Reddy, continues to work inside the campus – despite the fact that entire due process was followed.

Some of the housekeeping staffers who were asked to leave have worked at the NIFT campus for more than ten years.

The women alleged that the accused holds influence over the higher authorities at the institute, who have even proposed a compromise if they want their jobs back.

A case was first lodged against Reddy in October 2018 by the supervisor of the housekeeping staff for sexually harassing employees. Reddy is a stenographer with the institution.

Ratna Kumari, the supervisor, told The News Minute that Reddy would “hold the women staff by their hips, click their photographs without consent and invite them home to sleep with him.”

Also read: Even Judges Are Mortals When it Comes to Sexual Harassment at the Workplace

Reddy, she alleged, would even come to her and “ask me to send young and pretty women to his cabin.” When Kumari told him that none of the women wished to work with him any longer, “he said that I have a good figure and asked me to sleep with him.”

Staffers repeated Kumari’s allegations, saying Reddy would abuse them using sexual expletives and invited them to sleep with him, claiming his wife wasn’t home. These incidents, Kumari says, continued for about a year, during which a couple women who were “unable to bear the harassment” even quit their jobs.

Reddy even threatened the women, their supervisor as well as the contractor, who sends staff for housekeeping at NIFT.

The contractor told The News Minute that about seven months ago, Reddy demanded that Kumari be fired. Since Reddy didn’t supervise housekeeping, the contractor became puzzled and approached Kumari, who informed him that “they were sexually harassed by Srinivas.”

When the institute failed to address Reddy’s misconduct, the women approached the police. A case was registered and an FIR filed at the Madhapur police station last October.

After he was booked for sexual harassment, Reddy was reportedly absconding.

Kumari told the web portal that the case was assigned to a team from Delhi who spoke to all the staffers and recognised the fact that it was a matter of sexual harassment. “They claimed that a report was sent to Hyderabad. But after seven months, officials in Hyderabad claim there has been no harassment and Srinivas Reddy is still continuing in his job,” she was quoted as saying.

Kumari said officials at NIFT have claimed lapses in work of the housekeeping staff, justifying their demand for replacement. The supervisor, however, said that in their over two decades of work there had never been any problems. “Why are they picking faults only now?” she demanded.

The institute has also added a clause to the tender notice for housekeeping services:

Murli, the contractor, said that since he has won the bid this time as well, he has to “follow the order by the authorities and terminate all the women staff from the campus and deploy new staff.”

The station house officer at Madhapur repeated NIFT’s claims about lapses in housekeeping work. The agitation by the complainants on Monday, he told TNM was over “being terminated for their lethargic work inside the campus.”

The official confirmed the filing of an FIR last October, but said that they later “found that the women were creating unnecessary ruckus for being terminated from service.” Thus, he says, the case has been closed.