CIC Pulls up NCW Over Its Handling of #MeToo Complaint, Says Commission Not a 'Post Office'

"NCW cannot shirk its responsibility in such cases. The NCW is not a post office to simply forward the complaints to concerned accused office and wash off hands." 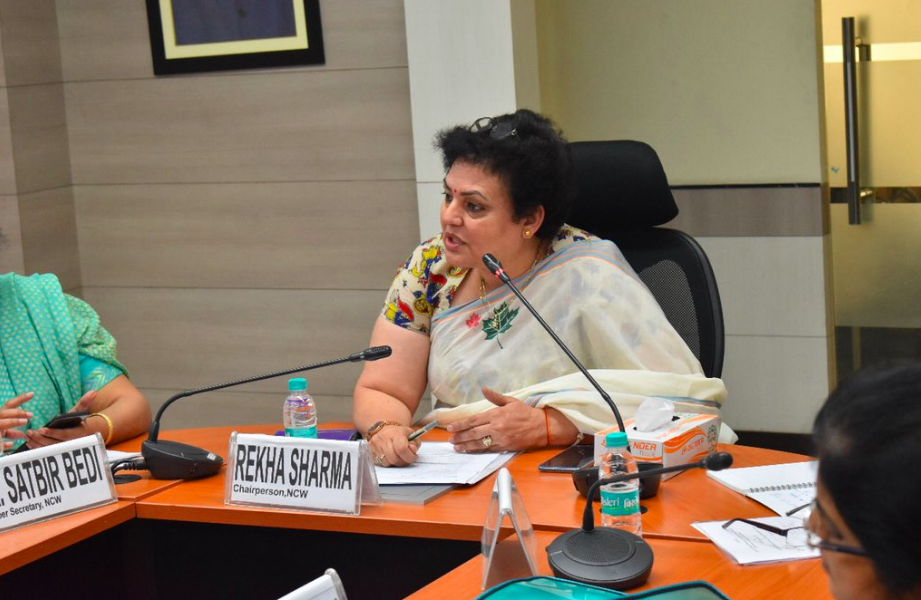 New Delhi: In a severe indictment of the National Commission for Women (NCW) – which had in the wake of the MeToo movement appealed to affected women to lodge written complaints of instances of sexual harassment at the workplace, and assured them of all possible help – the Central Information Commission (CIC) has called it out for acting like a post office and merely transferring one complaint back to Damodar Valley Corporation (DVC), the government organisation where the alleged harassment had taken place.

In his detailed order in the case, central information commissioner M. Sridhar Acharyulu referred to how the NCW had on October 10 called upon women to lodge official complaints saying it had “noticed that in many such cases, victims do not want to go beyond naming and shaming the alleged offenders and lodge formal complaints. In such cases, the commission urges them to lodge written complaints with authorities concerned, including with the NCW.”

However, Acharyulu pulled up the NCW for its poor handling of the case filed by a woman employee of DVC. “We need to examine what happened in this case, where the victim complained, but she was further victimised. Then she filed an RTI application to NCW, which was simply forwarded to the organisation which was harassing her with inaction on her complaint. If this is the plight of giving a written complaint, how any woman will come forward to complain?” he wrote in his order.

The CIC said the NCW should use its powers to consider the media statements of sexual harassment as complaints since great courage was required by the victims to come out in the open against such abuse. He also demanded that the NCW and the Ministry of Woman and Child Development act on lapses such as those by public authorities, private bodies and organisations in dealing with complaints of sexual harassment.

Also read: Backstory: #MeToo Is About an Individual’s Rights but Is Far Larger Than a Single Person

In this regard, he questioned if the NCW had issued a notice to the Cine and TV Artistes’ Association (CINTAA) for sitting over the complaint of Tanushree Dutta for over a decade. Acharyulu recorded how CINTAA had issued a statement saying: “After going through Ms Tanushree Dutta’s complaint, which was filed with the then Executive Committee of CINTAA in March 2008, we feel that the decision taken in the Joint Dispute Settlement Committee of CINTAA & IFTPC (then known as AMPTPP) in July 2008 was not appropriate, as the chief grievance of sexual harassment wasn’t even addressed.”

Acharyulu also raised the issue of complaints by women journalists saying the Commission was surprised why the NCW or the WCD ministry did not consider that even among the media organisations or associations, there is no system in place to receive and act on sexual harassment complaints. He wondered “if celebrity senior journalists are accused of such conduct, where the junior woman journalists (would) have to go” and also asked whether the Press Council has an ICC to receive such complaints.

‘In DVC case, the complainant was harassed’

In the DVC case, Acharyuly noted how the complainant’s wife was harassed for filing a sexual harassment complaint in the organisation which comes under the power ministry of the government of India. The case was filed against an assistant engineer of communications department of DVC at Maithon in March 2012.

In his appeal before the Commission, the victim’s husband charged that he had demanded information on the procedures followed and implemented in this case and the status of the case. However, he had claimed that there was no response from either the central public information officer or the first appellate authority.

Then appearing before the Commission via video conference in May 2017, the couple had alleged that the authorities in DVC were trying to conceal the facts in order to support the accused and that they had not been provided with any information either by Damodar Valley Corporation or by the National Commission for Women.

‘NCW cannot shirk responsibility, not a post office that would simply transfer complaints’

In its order, the CIC said the National Commission for Women claimed that it had promptly transferred the RTI application to the Damodar Valley Corporation and that it had no power to monitor the action taken on such complaints of sexual harassment. As such, the CIC observed that it was “sad to hear such contention from the apex body that is expected to secure the rights of women by goading offices and officers to act at least on complaints.”

“The NCW cannot shirk its responsibility in such cases. The NCW is not a post office to simply forward the complaints to the concerned accused office and wash off hands. The officers should consult the Chairperson and members before making such claims,” the CIC held.

Stating that “in this case the DVC was alleged to have breached all rights and norms prescribed by the 2013 Act and Guidelines of Department of WCD” and that “this is where the NCW has to come to the rescue of victims and take steps to create systems”, Acharyulu said “constitutional bodies like NCW should not ignore such worst violations of human rights of women”. He also demanded that victims who come out to complain should be considered as whistleblowers and should be provided protection from harassment by authorities or superiors.

DVC told to pay compensation of Rs 1 lakh to victim

The CIC also ordered Damodar Valley Corporation to pay a compensation of Rs 1 lakh to the victim for the harassment caused to her, the trouble caused to her by repeated transfers, and for causing her to suffer detriment of right to work and right to life by its lethargy in not acting on her complaint besides victimising her for complaining and filing RTI requests through her husband. It also imposed a penalty of Rs 25,000 on the CPIO Anshuman Mandal under Section 20 of the RTI Act for not providing the information sought under the Act.

In his order, Acharyulu noted that the appellant’s wife was victimised for complaining against the “powerful lobby” in DVC which promoted the accused and harassed the victim by transferring her to different places. He noted with concern how while the victim was “debarred from her promotion this year”, the accused Sambhu Das was not only being promoted unduly in 2013 as EE (Communication), even though the case was pending since 2012, he also got his chosen place of posting in 2015 and was up for promotion again soon.

The Commission also noted that the government should seriously think about taking an action against the alleged perpetrators of sexual harassment during the pendency of inquiry. “Such accused persons should not be allowed to hold on to positions in power in order to prevent abuse of their power to deter the witnesses or slapping lawsuits to stop them from complaining. Unless allegation is substantially disproved those accused persons should not be allowed to continue in their office.”