Breaking the Stigma, Non-Custodial Mothers in India Are on the Road To Redefining Parenting

The stigma around non-custodial mothers has prevented us from expanding our own imagination of what motherhood can, or does, look like when it is practised by non-residential mothers, outside marriage. 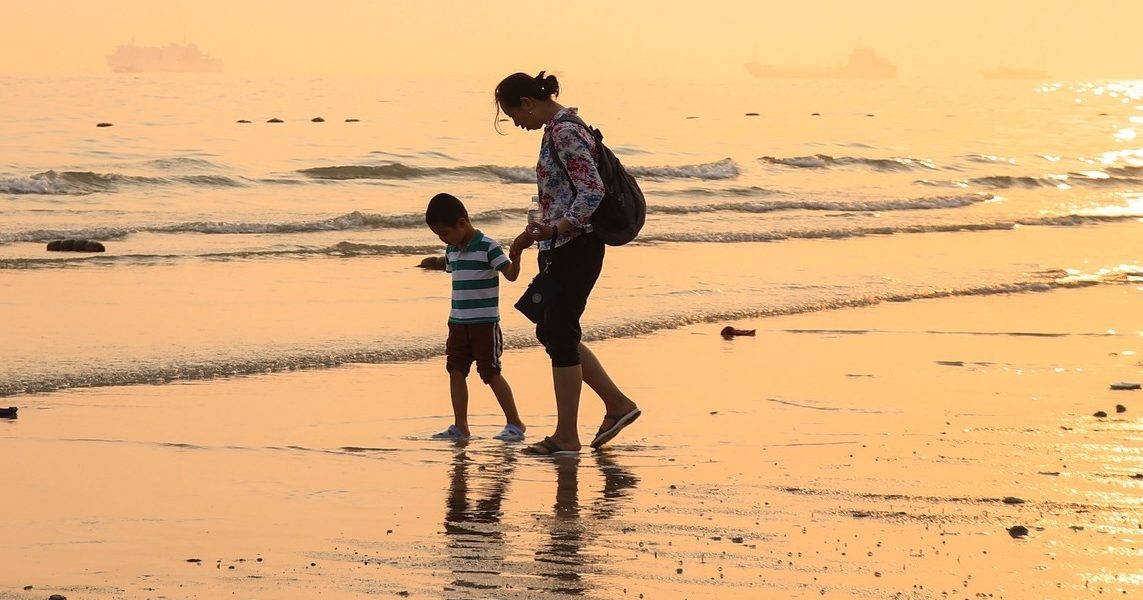 Representative image of a mother and son. Photo: shanghaistoneman on Pixabay

Jude Anthony Joseph’s recent Malayalam film Sara’s aptly highlights the stigma surrounding women who choose not to have children. It describes how a “child-free” woman is often perceived as selfish, immature or defective, and the long struggle such a woman has to undertake to chart her own unique path. Interestingly, on the other end of the amorphous mothering spectrum, lie women who despite being mothers either choose to or are unable to live with their children. But due to their persistent invisibilisation, there is little that we know about them.

Available data at the national level such as the Census data on female-headed households provide some clues into the number of existing single mothers in the country. But these numbers do not reveal the full picture, as most single mothers continue to live with their extended families. A 2019-2020 report by UN Women attempted to fill this gap, highlighting that in India, the number of “lone mothers” is rising, with 4.5% (approximately 13 million) of all Indian households run by single mothers.

Further, it also revealed that around 32 million single mothers are estimated to be living with their extended families. Unfortunately, the report failed to include single, non-custodial mothers in its sample design; suggesting as if to give up or lose custody of one’s children is enough to render someone a non-mother.

Feminist scholars Joyce A. Arditi and Debra A. Madden argue in their work on non-custodial mothers that the negative stereotyping and belief that non-custodial are somehow “unfit” or “defective” originate in the cultural image of the “good mother”, who not only engages in intensive mothering practices but also makes continuous personal sacrifices for her children.

Gazal Raina, founder of Milaap, one of India’s only support groups for non-custodial parents, observes, “It is very difficult for a woman to explain why she does not have her children living with her; it is still easier to tell people that your children were snatched away from you than it is to tell them that you voluntarily gave up custody.”

Among non-custodial parents, there is a distinct moral hierarchy between men and women. Gazal recalls, “In one of our support group meetings, a woman shared that she is a non-custodial mother and that she voluntarily chose that arrangement. The moment she finished speaking, one of the fathers present in the meeting jumped in, with a barrage of questions at her and said, ‘What kind of a mother are you? How can you give up your child like that?’ I had to quickly jump in to diffuse the situation.”

Both mothers and fathers are affected by the patriarchal ideology that promotes mothers as nurturant, selfless caregivers, and fathers as peripheral providers. Sociologist Jackie Krasas argues that the horror that underlines the negative reactions to non-custodial mothers partly rests on our low opinion (and expectations) of the capabilities of fathers. It is a commonly held notion that non-custodial mothers are putting their children in harm’s way by choosing not to live with them.

Nevertheless, women are increasingly resisting these ideas by leaving unhappy marriages and, in some cases, by either giving up the physical custody of their children or striving to lead a full life in spite of losing custody.

Women relinquish the custody of their children for varying reasons. Shalini*, a 35-year-old media professional based in Bengaluru, gave up custody of her daughter three years ago. She shared, “My daughter grew up in a joint family; she was very attached to her paternal grandparents. One of the reasons why I gave up custody was because I did not want to take her away from the people she loved. As an adult, I knew with time I would adjust but I could not put her through the trauma of leaving the people she cared for.”

Neetu*, an aspiring image consultant also based in Bengaluru, decided to give up the custody of her two children due to her poor financial condition at the time of separation. She observes, “My marriage with my ex-husband had always been difficult but I could not leave because of a lack of familial support. But after the passing of my mother, my brother and bhabhi (sister-in-law) in quick succession, I realised that life is too short and that I don’t want to live an unhappy life.”

After voicing her decision to end her marriage, Neetu made the difficult choice of moving out of her marital home, letting her children stay with her ex-husband. She says, “People around me said I should think about marrying again, and hopefully I will find a good man who accepts my children. But I went against everyone’s advice, and decided to let my children stay with my ex-husband till the time I am financially able to look after them.”

It is important to note here that the circumstances in which women either give up custody or lose custody, on most occasions, have profound ramifications for their subsequent relationship with their children. Gazal ended her marriage after experiencing domestic violence for several years. During her separation, she also decided to give up the custody of her 16-year-old son as a way to honour his choice to live with his father. “I believe my son chose to live with his father to have access to better opportunities in life. I understood his concern, and willingly accepted his decision,” she says.

But her life after giving up custody was not easy. Gazal recalls, “In my case, my son decided to live with his father but people around me assumed that I must have done something wrong to drive him away. My closest friends would ask me, ‘What did you do? Why doesn’t he want to live with you?’ As a result, I started to believe that maybe it was my fault; maybe I should have tried harder to convince him to live with me.”

Unfortunately, in the months following her separation from her ex-spouse, Gazal experienced complete estrangement from her son. She says, “In the beginning, I wrote many emails to my son begging for forgiveness and trying to explain my reasons for letting him go, but he never responded to any of my messages. At a time like this, it is the other parent’s responsibility to ensure that the child gets to enjoy the company of both parents. Unfortunately, brainwashing the child causes alienation and removal of the non-custodial parent.”

Non-custodial mothers often report that their ex-spouses have used their children as a bargaining chip either to punish them for ending the marriage or to get them to stay in the marriage. There have also been instances where mothers felt that they were wrongfully denied custody by judges who, they believe, were hand in glove with their ex-spouses.

Rajini, a home decor designer based in Mumbai, lost the custody of her two children after an acrimonious divorce proceeding. She shares, “I knew my 14-year-old son wanted to live with his father in Sweden, and I accepted his decision. But I was shocked when in the high court the judge gave custody of my 24-year-old disabled daughter, who technically does not even fall within custody laws, to my ex-husband on the pretext that in Sweden she would have a better chance of acquiring a job.”

Further, Rajini claims she was granted only limited visitation rights based on the convenience of her children, who are presently living in Sweden. She strongly believes that the reason why, despite having a strong case, she lost custody of her daughter was because the judge was in touch with the team representing her ex-spouse.

Naturally, the journey towards forging a steady relationship with her children has been difficult. “I feel my son, somewhere felt responsible for the pain I was in for losing my daughter; that guilt prevented him from opening up to me for several years. My daughter, who has selective mutism, is very uncomfortable around mobile phones, so she refuses to have a conversation over call. It’s only recently that I spoke to her on Facetime after many years,” Rajini shared.

Despite these challenges, non-custodial mothers are constantly in the process of reimagining their role as mothers. Gazal shares, “Redefining what motherhood means to us begins as a coping mechanism but gradually it provides the opportunity to rediscover ourselves, and our abilities.”

Shalini, who gave up custody of her daughter a few years ago, went through severe mental health challenges after her separation. It took her several years of therapy, and counselling to adjust to the new parenting arrangement, and is now on the path of discovering a new relationship with her eight-year-old daughter.

“I interact with my daughter like I am her friend. When she comes to live with me during the weekends I enjoy it fully without taking any unnecessary pressure of being a “mother” around her. In fact, I feel my relationship with her has significantly improved because I am a happier person now than I was before my divorce,” she observes.

Neetu, who is now living in rented accommodation – a few kilometres away from her children – meets her sons every day for a couple of hours. She says, “In the beginning, it was difficult not to be around my children 24/7 but with time I have realised that what happened, happened for the best. I have been a full-time mother to my children for many years but now I need to also focus on my career, and my happiness, to show my sons what strong women look like.”

Gazal, who remains estranged from her adult son, believes her prayers for his well-being have always reached him, which in turn has brought her to a place of peace and helped her start support groups like Milaap: “From being guilty, miserable and heartbroken, I have found a way to use my experience to create a life of meaning and purpose. I am hopeful that when the time is right, my son and I will re-connect.”

The predominant image of a single mother, raising her children alone while hustling between multiple jobs, prevents us from imagining non-custodial mothers as single mothers who simply chose or have an alternative parenting arrangement. The stigma, and ongoing marginalisation of non-custodial mothers has prevented us from expanding our own imagination of what motherhood can, or does, look like when it is practised by non-residential mothers, outside the institution of marriage. By defeating the stigma we can possibly expand women’s life choices, and prevent them from succumbing to mental health challenges.

*Note: Two of the names have been changed to protect privacy.

Pritha Bhattacharya is a freelance journalist based in New Delhi. She has recently completed her Master’s in Women’s Studies from Tata Institute of Social Sciences, Mumbai. Her previous work, covering issues of gender, culture and politics, have been featured in Firstpost, Down To Earth, and Feminism in India. You can find her on Twitter @prithawrites.