No FIR 2 Weeks After Minor's Death at Employer's House, Family 'Beaten' by Cops for Protesting

The police, who delayed handing over the girl's body to her family under various pretexts, insisted she died by suicide and have dismissed the family's allegation that she was raped and murdered. 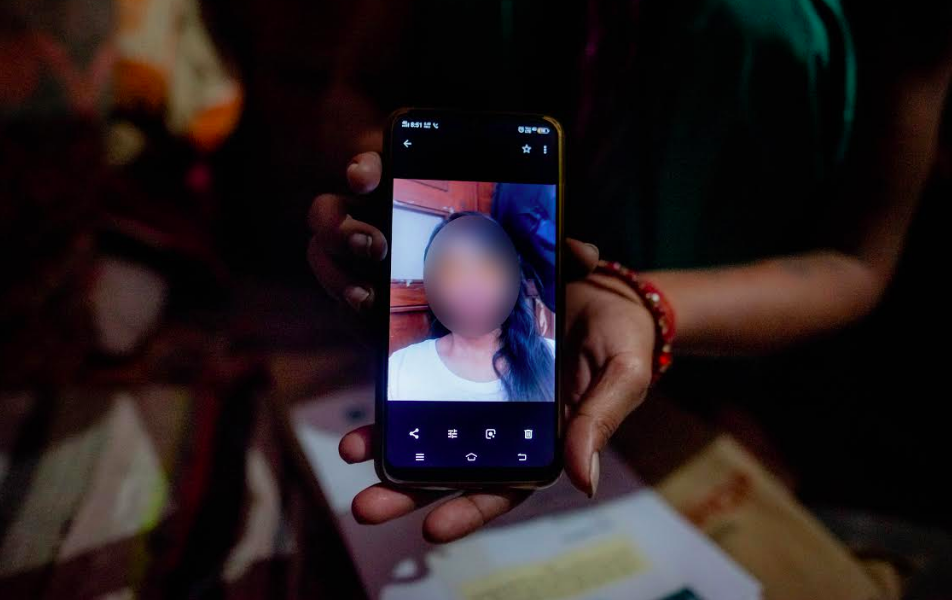 New Delhi: On October 4, a 17-year-old was discovered dead in the house where she had been working for a week as a domestic help.

A few hours before her body was identified, the minor girl had called her maternal aunt and told her that she had been asked to sleep in the driver’s room the previous night.

While the police has said she died by suicide, her family has alleged rape and murder by her employer.

Since her mother’s death in Uttar Pradesh’s Gonda – their hometown nearly a decade ago – the minor girl had been living with her maternal aunt who had adopted her. According to the aunt, her father was an alcoholic and did not wish to take responsibility for his three children. The victim’s elder sister was thus adopted by another aunt, and her younger brother, by an uncle.

The aunt works at several houses as a domestic help, mainly cleaning houses. “We live on rent and are not educated. If we don’t work in these houses, how will we survive?” she asked.

Since the lockdown in March, the family had not made any money as work had temporarily stopped. The news of the victim’s employment thus came as initial relief. 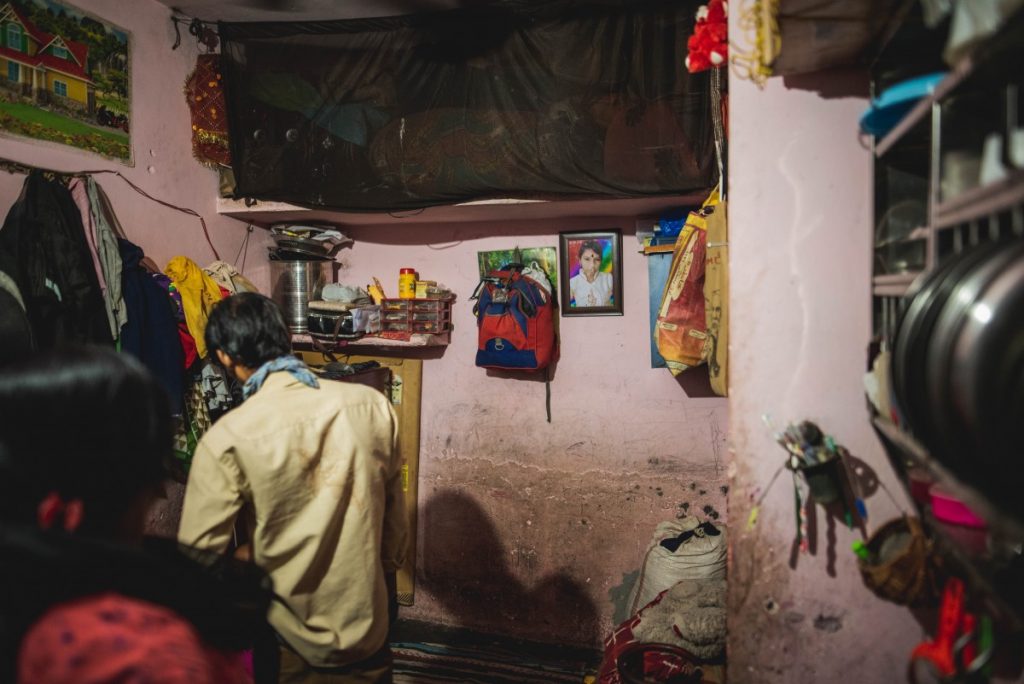 The victim started as a full time domestic worker on September 26. She was employed by a woman who had claimed that her elderly, ailing mother – who lived alone with only one driver frequenting the house – needed to be looked after.

The teenaged girl had been taken from the woman employer’s house to her elderly mother’s house by a driver. The aunt had initially objected but was told that she would be informed as soon as her niece reached the mother’s house, which she was. The victim had briefly visited the employer’s house on October 1. Her aunt, too, visited the house to see her then. “She seemed okay, and things seemed normal at the time,” the aunt said.

For the next three days, until the day of her death, there was no contact between the victim and her family. “At 3.14 pm on October 4, I received a phone call from the employer’s landline. My [adopted] daughter seemed very hesitant and clearly wanted to share something, but the employer [the elderly woman in this case] would only allow her to talk to me in her presence. I could hear the employer asking her to talk in front of her. I felt as if something was being hidden. The call got abruptly disconnected,” the aunt said.

After a while, the victim called again. “She told me that the night before, she had been asked by the employer to sleep in the driver’s room, where he was present,” the aunt said. However, the girl told her aunt that instead of going to the driver’s room, she had spent the night sitting on the stairs of the house. “The call got disconnected again, and I could hear the employer in the background. She had caught her speaking to me in private. I was so scared,” she said.

From here on, the details are unknown to the aunt, who suspects that the job description they had been initially given – that the victim had to take care of the elderly woman and do small household chores – could have just been pretence.

“I went to work at around 5.30 pm. Then, I received information that my [adopted] daughter had locked herself in a room and was not opening the door,” said the aunt. The original employer, who lived close by, the aunt and her mother-in-law left for the elderly woman’s house immediately. On the way, the aunt was warned by the employer that they had “called the police because the girl had locked herself inside.”

“She said that I should come with her and knock some sense into my daughter or take her back with me. I said I will take her back. On the way, we were told that there would be police outside the house and we should lie to them about our daughter’s age and tell them she was 19 instead of 17,” said the aunt.

Upon reaching, the aunt saw policemen all around and sensing that something was wrong, she demanded to see the girl immediately. “The employer woman asked me to first give details to the police, and then said that I could meet her. I gave the details and then went to see my daughter. She was inside the driver’s room, her back turned to me. I thought she was standing up. But when looked at her face, I realised that she was dead,” said the aunt. 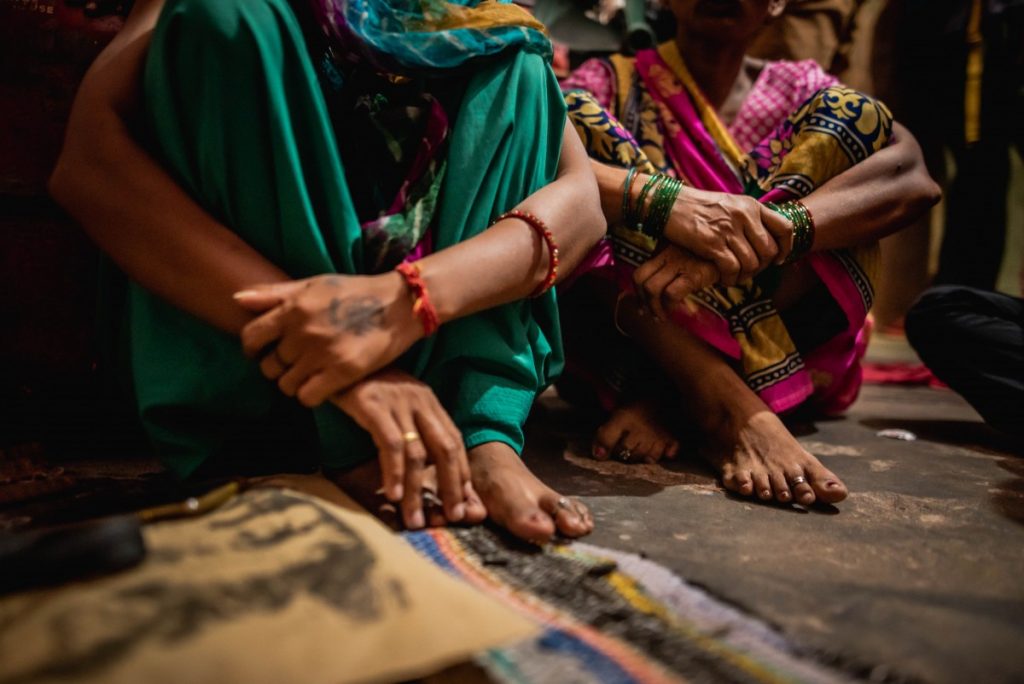 Members of the victim’s family at the maternal aunt’s house. Photo: Akshay Kapoor

She was told not to touch the body and it was lifted on to an ambulance. “I didn’t know at that time that we wouldn’t get her body for the next four days,” she said

As the evening progressed, the aunt and other family members of the victim were asked to wait at the Model Town police station and gave their statements. “While we were there till 2 am the next night, we didn’t see any of the employer’s family members, in whose house my daughter had died, being questioned.”

Then began the struggle for the body. “When we asked police for the body, they asked us to either prove that we were her relatives or get her father. But her father has been absent from her life. He is a drug addict and an alcoholic. He has never cared for any of his kids. Why should we have to bring him now? Even though we have cared for the child her entire life, they said they would give her body to us only if some one from her immediate family came to collect it. We then called for her elder sister, who is 24 years old. They refused to give her the body too. They said they will put the body in the unidentified section, even though we were right there.” the aunt said.

For the next four days, she attempted to contact the victim’s father. He remains unreachable and untraced.

On October 7, three days after the girl’s death, the aunt and other family members went to the bungalow where the girl was employed and staged a protest. Eight female members and four male members of the family were detained by the police.

According to the aunt, male police officers misbehaved with the female detainees, including with her 70-year-old mother-in-law. She said, “They beat up our male family members so badly that one of them became breathless. The police had to stop beating him and give him water because they were scared that he might die. We have lost a daughter, yet we are the ones getting questioned and detained.” 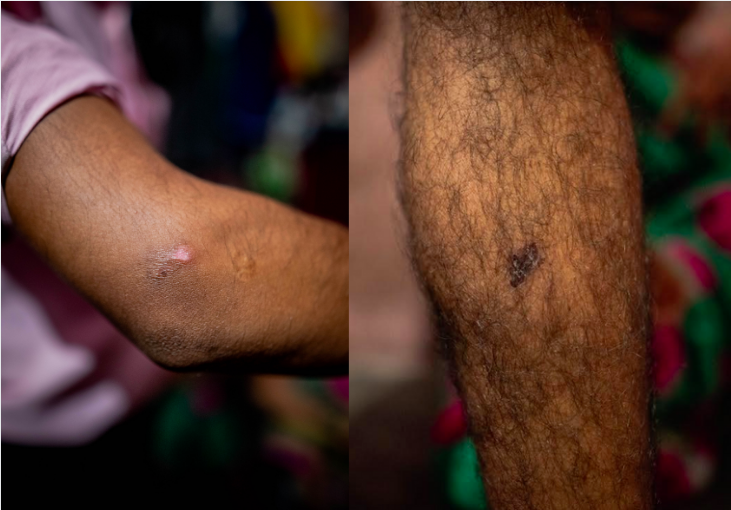 When the victim’s family begged the police not to beat them – the aunt citing the fact that there are young kids in her care – the constables allegedly said, “Let the neighbours take care of them because we will ensure that you leave Delhi. We won’t let you live in the city anymore.”

The aunt said no FIR or complaint has been registered by police against the allegations of rape and suspected murder by the family members.

On the afternoon of October 16, a protest was held by about 45 people outside the Model Town Police Station including the family members of the victim and some students. Firoz Alam, an M.Phil student at the department of history of Delhi University was among the protesters, demanding that an FIR or complaint be filed in the case by police.

“They started beating us up, asking us to move from there. After much insistence, the SHO came out, gave us the MLC report and told us to leave, indicating that the MLC had confirmed that it was a suicide.” Alam has sustained several injuries and bruises on one of his legs, hands, back and face. “The ACP was abusing us, I can’t believe that somebody so educated could use such gender-based abusive slurs.”

The DCP, North-West Delhi subsequently issued a statement, terming the death a suicide, based on inquest proceedings and post mortem conducted by a board of doctors from Safdarjung Hospital.

Press note on suicide by a girl in jurisdiction of PS Model Town @DelhiPolice @CPDelhi pic.twitter.com/6AYPNdq6kw

The police statement also said that her body was cremated by her family members at the Wazirpur cremation ground on October 8.

On Sunday, several Delhi University student organisations including Pinjra Tod and SFI issued a statement against police inaction and reiterating the family’s pleas. They also said the incident was similar to that of the recent rape-cum-murder case in Hathras.

The Delhi police had also detained and assaulted a journalist with The Caravan, who was on the ground to cover this protest. The 24-year-old staffer, Ahan Penkar has sustained injuries on his nose, shoulder, back and ankle. Penkar said that Ajay Kumar, the assistant commissioner of police of Model Town, kicked and slapped him inside the police station despite the fact that he displayed his press card prominently.

Penkar’s phone was taken by the police and photos and videos from the protest were deleted, he said. He was detained for nearly four hours.

What the MLC says

The medico-legal report, which The Wire has accessed, is dated October 8, which is four days after the death of the victim. The MLC notes, “Hymen showed old healed tear at 4° and 8° clock positions, rest within normal limits.”

Also read: Are You Aware of Amended Definition of Rape, HC Asks UP Cop Who Denied Hathras Victim Was Raped

The final opinion does not mention use of force.

The Wire tried reaching the DCP North West, but did not get a response.