Women media professionals have continued to come forward to disclose details of harassment by male journalists and several prominent personalities within the media industry have been called out. 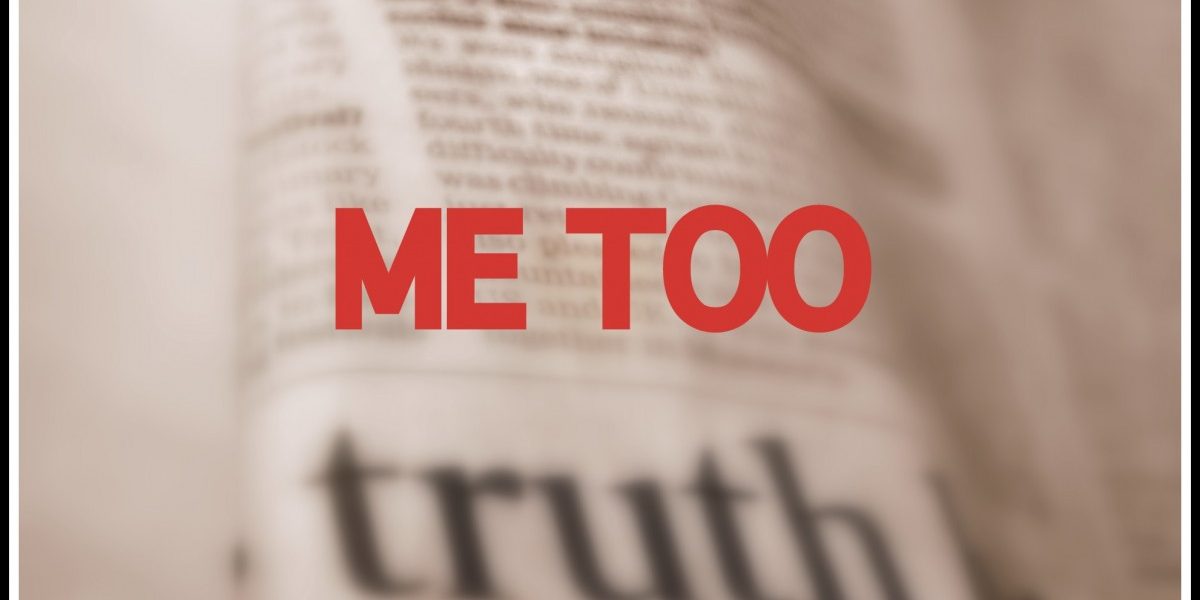 New Delhi: Almost a week after the Indian media’s #MeToo movement gathered pace in the wake of allegations against comedian Utsav Chakraborty, women media professionals have continued to come forward to disclose details of harassment by male journalists.

Several women have accused former DNA editor in chief C.P. Surendran of behaving inappropriately with them. Karishma Upadhyay, a freelance journalist, said Surendran commented on her breasts while she was working with Bombay Mirror in the early 2000s. She said most girls who worked in Bombay Times around this time experienced harassment or inappropriate behaviour from Surendran.

Most girls who worked in Bombay Times in the early 2000s have a #CPSurendran story. Here’s mine: CP had two stress balls shaped like breasts on his desk. Once, while he was playing with them, he pointed toward my boobs and said, “I wonder if yours are bigger than these” #MeToo https://t.co/iZXvJWObGl

Another journalist, Sohini Chattopadhyay, said Surendran followed her around at a party and touched her without her consent. She said he also commented on her sexuality, calling her “naive” and “inexperienced”.

CP Surendran #MeToo
CP once chased me around a lawn party in Jor Bagh (to launch the publishing house Random House on India) when I worked at OPEN magazine. I’ll explain what ‘chased me’ means. I got a bad vibe because he patted or touched me proprietarily, and I got a scare >

When The Wire contacted him, Surendran denied both the instances of harassment detailed by Upadhyay and Chattopadhyay. “I did not say these outrageous things or touch this person inappropriately. I will definitely be seeking legal advice to deal with these lurid allegations,” he said.

Urmi Bhattacheryya, the gender editor at The Quint, accused Shibaji Roychoudhury, a film-critic at Times Now and Zoom TV of being a “sexual predator” and narrated an incident when Roychoudhury had groped her. Numerous other women responded to her tweet and said they had also been harassed by Roychoudhury.

Bhattacheryya posted a screenshot of the complaint she has filed with Roychoudhury’s employers, which included the testimonies of four other women. Bhattacheryya said during his time as a freelancer for The Quint, Roychoudhury had been found guilty of inappropriate behaviour and his contract was terminated with immediate effect.

Dear @TimesNow @ZoomTV, below is the copy of the email I have formally written to you, complaining about your employee @TheRoySays who is a sexual predator. This man is employed in your organisation. Please take necessary action. @TheRestlessQuil @AnooBhu @divya_krthk #MeToo pic.twitter.com/tzu8saTCuA

Divya Guha, a financial journalist, said Datta was reprimanded for his behaviour, but was posted with another paper also owned by BCCL, the company that publishes Bangalore Mirror. A year after this incident, Guha said she also received inappropriate messages from Datta and posted screenshots of a conversation on Twitter. Datta is presently a consulting content editor at Reliance Industries Limited, according to his LinkedIn account.

A random guy called Debapriya Datta messages on Facebook a year or so ago. Turns out he was an editor at Bangalore Mirror before my time in that den of vipers.[THREAD, screenshots] pic.twitter.com/xqBZpvsKl0

When The Wire contacted Datta, he “strongly and completely denied the allegations”. He said Guha has made the allegations on the basis of “quantum presumptions, misinformation, and hearsay”. Datta said Guha is “a person who I never met, and never spoke to – the only interaction being the one we had on FB. Nor did we ever work anywhere together”.

Guha’s conjecture – “to say if we were working together he’d have his way with me is very very inappropriate…” – is utterly presumptuous and a figment of imagination, he said, adding that she was “reading lines that were not even there”.

He also said a complaint was not made against him by anyone during his time at Bangalore Mirror. “So the question of reprimand does not arise,” he said. “I have sought legal advice in this regard and will act accordingly,” Datta stated.

On October 10, filmmaker and photographer Natashja Rathore alleged on Twitter that marketing and management guru Suhel Seth had groped her. Rathore said Seth had misled her, telling her they would get some ice cream at Janpath in Delhi, but instead took her to his house in Gurgaon. She alleged that he then forced himself upon and groped her without consent and in spite of her asking him to stop. 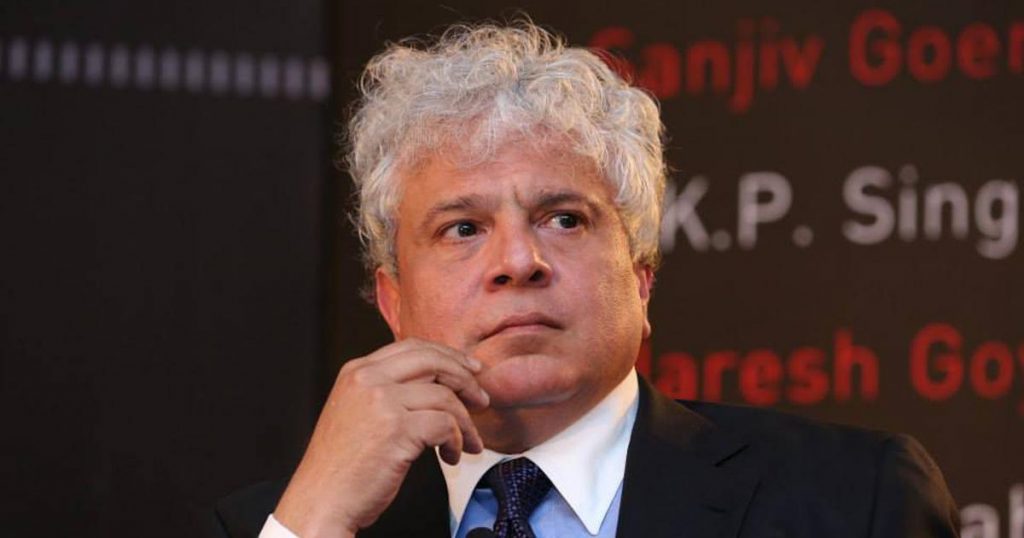 Ishita Yadav, a former Indian Express reporter, said on Twitter that Seth had behaved inappropriately with her and several people she knew. She said his social connections had prevented women from calling him out as they could be slapped with legal notices or feared losing their jobs.

In 2009, when I was 24, Suhel Seth added me on Facebook and started messaging me. I don’t remember how the conversation started but at some point he asked me to come over to his house for a drink. I hadn’t heard of his predatory behaviour at the time,so I didn’t think much of it.

On the same day, two women accused Bloomberg Quint associate editor Vishwanath Nair of sexually harassing them. One woman said he took off his pants and tried to force her into oral sex, while another said he continuously groped. Nair seemed to acknowledge the first incident when he apologised for it on Twitter, but deleted both the tweet and his account soon after.

Oh btw Vishwanath Nair @visshy_it deleted his tweet apologising to @literarystew but for once I’m glad for screenshots. @BloombergQuint pic.twitter.com/UNUHjSqFNs

Bloomberg Quint issued a statement saying it had taken cognisance of allegations of harassment against Nair and said the ICC process had been convened. The company said it had a zero-tolerance policy regarding harassment.

BloombergQuint has taken immediate cognisance of mentions made on social media regarding past incidents of alleged sexual misbehaviour involving an employee and the ICC process has been convened. pic.twitter.com/kLnaxg1pfw

Comedian Kaneez Surka said her counterpart Aditi Mittal had forcefully kissed her on stage and violated her boundaries. Surka said when she confronted Mittal some time after the incident, the latter apologised but then “turned hostile”.

Surka said she had demanded a public apology from Mittal. Mittal denied the incident and “gaslighted” her, she stated.

Mittal then issued a public apology on her Twitter account. She acknowledged kissing her and said the incident bothers her even to this day. She refuted Surka’s claim that she had turned “hostile”, instead stating she had begun consciously avoiding places that Surka might inhabit out of “respect for her space”.

Note: This article was updated on October 17 to include Debapriya Datta’s response.

The Wire has contacted Roychoudhury, Datta, Seth and Nair. A questionnaire has also been sent to the employers of the men accused of harassing women. This copy will be updated as and when their response is received.