Magazine Cover of a Woman Breastfeeding Not Obscene: Kerala HC

The court observed that the Malayalam magazine 'Grihalakshmi' had not committed any offence affecting “society’s moral fabric”. 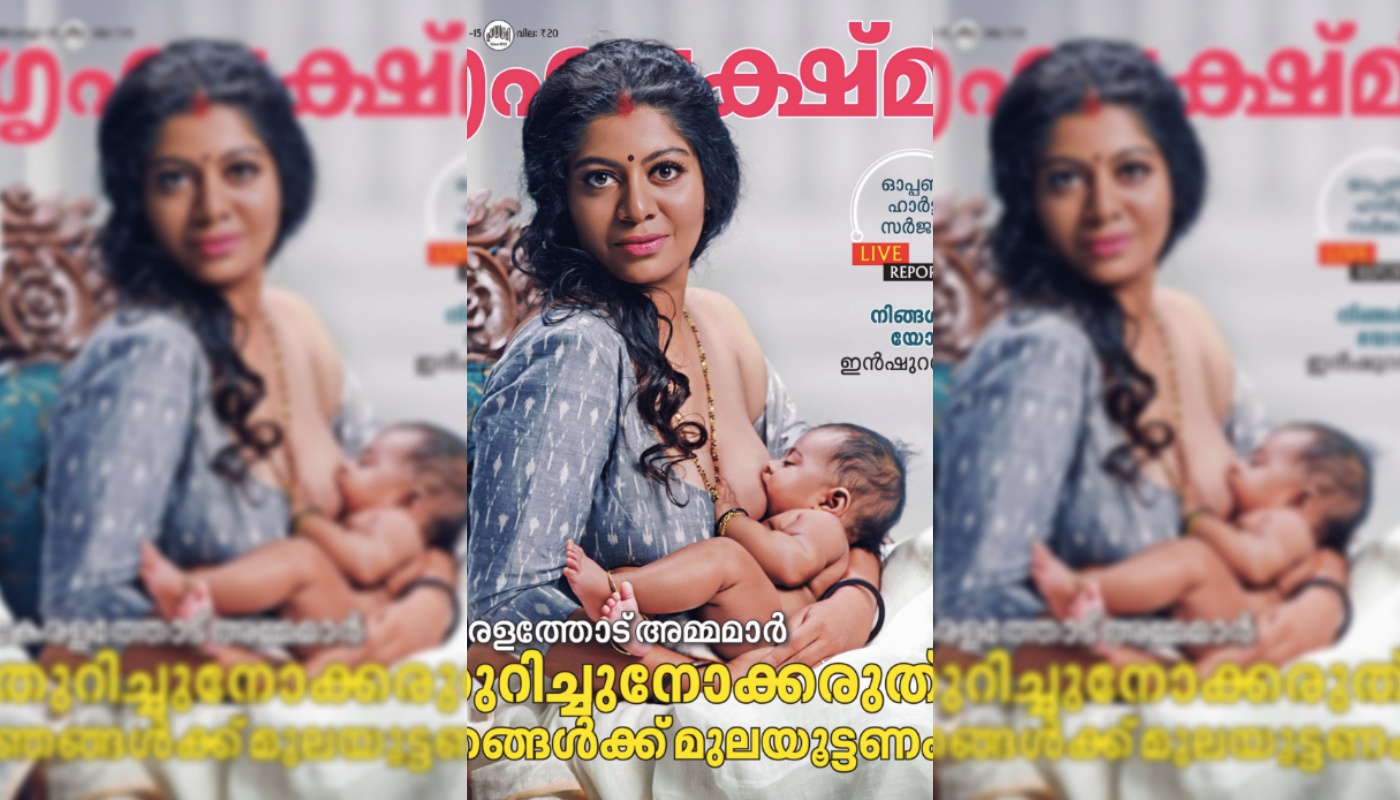 New Delhi: Refusing to label a Malayalam magazine cover of a woman breastfeeding as ‘obscene,’ the Kerala high court recently stated that “what may be obscene to some may be artistic to other.”

According to LiveLaw, a two-judge bench comprising former Chief Justice of the court Antony Dominic and Justice Dama Seshadri Naidu further noted that “shocking one’s morals” is an “elusive concept”, and that “one man’s vulgarity is another man’s lyric.”

While dismissing a writ petition filed by Felix M.A., the court ruled in its order that it does not see anything obscene in the image. Nor does it find anything objectionable in the caption for men, Indian Express reported. The caption of the picture reads: Mothers tell Kerala, ‘please don’t stare, we need to breastfeed.’

“Don’t stare, we are #breastfeeding!”

Grihalakshmi March 1st Issue is out, which speaks about the importance of breastfeeding, and the taboos revolving around it. pic.twitter.com/CtobpNInMO

Nothing that the court “looked at the picture with the same eyes we look at the paintings of artists like Raja Ravi Varma,” the bench stated that “As the beauty lies in the beholder’s eye, so does obscenity, perhaps.”

Malayalam fortnightly magazine Grihalakshmi had challenged patriarchal and social normals and raked up quite a bit of storm with its March 1 issue cover depicting model-poet-actress Gilu Joseph breastfeeding a baby. The cover – in line with the magazine’s ‘Breastfeed freely’ campaign, a part of its International Women’s Day theme – was, according to an Indian Express report, inspired by a 23-year-old mother Amritha U. whose picture breastfeeding her child had gone viral on social media in January after her husband posted it on Facebook.

The cover garnered mixed reaction with some hailing the magazine’s progressive step while others calling it out for using an “actress” for the picture for “aesthetic appeal”, saying that it was an “unrealistic representation.” One Facebook user stated that the publication was using “a woman’s body to bring a storm” into a “world run by men” and not because “feminism came calling to them”.

In an interview with Indian Express, 27-year-old Joseph had said:

“Women should breastfeed freely, without any sense of fear or inhibition and that is my message in the article too, but people began criticising even without reading what I had to say.”

“It is a problem to interpret this sexually. Isn’t it a beautiful thing? Why would you think it’s wrong? Which god will you offend by feeding your child.”

According to LiveLaw, the petitioner in the case, voicing his displeasure with the magazine cover, had contended that it violated provisions of the Protection of Children from Sexual Offences Act and Rules, as well as Section 45 of the Juvenile Justice Act. He had also alleged violation of provisions of the Indecent Representation of Women (Prohibition) Act, 1986 and Article 39(e) and (f) of the Indian constitution.

A case was registered against the magazine and the actor under the Indecent Representation of Women (Prohibition) Act 1986, according to Huffington Post.

The court, however, did not agree with the petitioner and stated: “May we observe, Indian psyche has been so mature for ages that it could see the sensuous even in yen sacred. The paintings in Ajanta and the temple architecture are cases in point.”

The two judges also noted that even the sections charged by the petitioner failed to convince them that the publication committed any offence that affected the “society’s moral fabric”.