Domestic Violence in the Lockdown Has Been Aided by Govt Apathy

Measures taken to contain the rise in domestic violence cases during the lockdown are grossly insufficient and portray the government’s apathy towards victims. 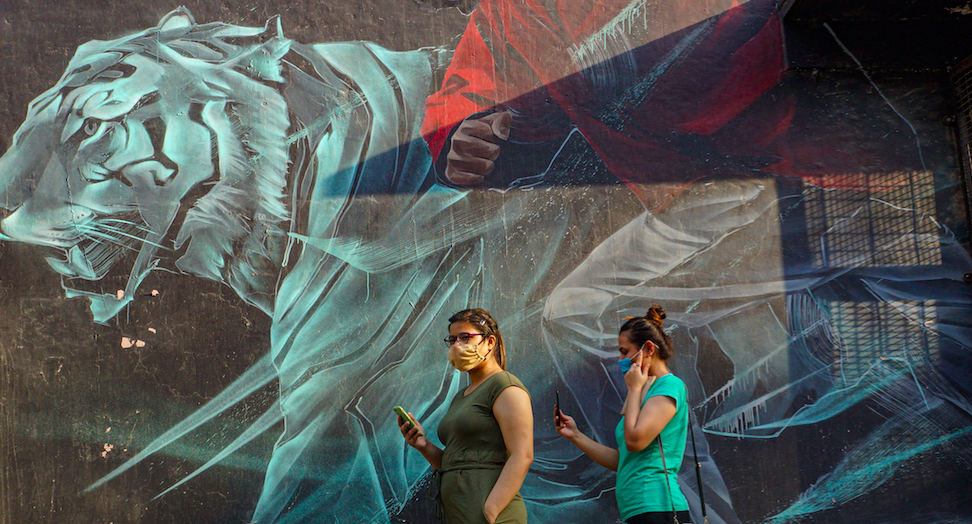 The nationwide lockdown in response to COVID-19 began on March 25. It was reported that between March 23 and April 16, the National Commission for Women’s (NCW) Complaint and Investigation Cell registered 587 domestic violence complaints.

This marked a significant increase from the 396 complaints that were registered between February 27 and March 22. However, this staggering increase is in fact understated, due to two reasons. First, the ordinary mediums through which the NCW receives complaints – its helpline number and post – have been non-functional since the lockdown began.

It has instead been receiving complaints through its recently launched online portal, social media and the email addresses of its members.

Second, such mediums are accessible only to a fraction of women across the country. According to a study, India has amongst the highest gender gap when it comes to access to mobile phones and the internet, with only 43% of the women owning a phone as compared to 80% men.

This gender gap further widens when it comes to lower income groups. This means that a significant proportion of women simply do not have the ability to report.

Victims without a voice

Domestic violence is manifesting as a form of release by abusive partners who are now bound at home, with the added stress of loss of income and lack of access to desired goods and services.

Many women, having no income or assets of their own and therefore no bargaining power, have become trapped in such environments.

While they could have earlier asked a friend or relative to intervene or give refuge in their house, even that is no longer possible. In this way, the lockdown might be keeping the residents of the house safe from the threat of COVID-19, but at the same time it is only worsening the plight of women stuck with abusive partners.

Crucially, the patterns of loss of household income which are aggravating domestic violence coincide with the patters of lack of access to reporting mediums, and converge at women from lower-income groups. This goes to show that the issue of rise in domestic violence and accompanying inability to report is intersectional.

Poorer women are at higher risk due to loss of household income, while they also lack access to the internet. They are unlikely to have entire rooms of their own where they can make a phone call without being discovered and abused further. They also live in neighbourhoods that are most likely to experience lack of support from state machinery such as the police. They represent the lost number of cases, which don’t matter simply because they don’t exist.

Clearly, improving the ability to report domestic violence is a key part of fighting it. However, this seems to have completely slipped the government’s mind.

In fact, the lack of priority given to victims of domestic violence is clear from the fact that till date there has been no statement regarding it from the Prime Minister, even though he has regularly been addressing the nation.

It featured nowhere in the discussions prior to re-allowing the sale of liquor, despite the well-accepted positive correlation between the two.

Instead, we are largely playing catch-up with the problem of domestic violence, and that too with half-hearted moves. Standard numbers continue to operate as port of emergency calls and helplines, and orders taking cognisance of the spike and the need to help the victims have been issued.

However, the government has failed, first, to take any measures that make reporting easier for lower-income women who lack access to the internet. Second, it has also failed to ensure that those who do come forward are actually able to escape the violence safely by maintaining enough shelter houses or better yet, giving orders to evict the perpetrator from the house.

India is not the only country that is witnessing a surge in domestic violence complaints. It has also been noted in countries across the world, from Brazil in Latin America, to UK, Cyprus and Italy in Europe, and China in Southeast Asia. Many of these countries have responded actively to contain the rise.

For instance, the UK government has stated explicitly that women stepping out to escape abuse or report will not be breaking the lockdown regulations.

Spain too has allowed women to leave home to report abuse without any fine. Women can go to the pharmacy and request a “Mask 19”, which is a code word to alert the pharmacist to contact the authorities.

Similarly, in France, women are seeking help at pharmacies, and the government is paying for hotel rooms for domestic violence victims. Its Gender Equality Minister has also promised to open pop-up counselling centres in shops around the country so that women can drop in while getting groceries.

The government has further announced an extra one million euros in funding for anti-domestic abuse organisations to help them respond to increased demand for services.

Thankfully, one court in India has done what the government ought to have.

It passed an order creating a dedicated fund to address domestic violence, and crucially, designating spaces such as pharmacies and grocery shops where they could report domestic violence. This order targets areas that women even from lower-income groups might frequent without their partners, thereby giving them a realistic avenue to report. The order further declared certain spaces as shelter homes such as academic institution hostels, and ordered an awareness campaign to spread awareness on this issue.

It also stated that all the courts in the Union Territory of Jammu & Kashmir must treat cases of domestic abuse as urgent. These measures need to be urgently replicated across India, if we are to effectively respond to domestic violence in the times of the lockdown.

United Nations Secretary-General Antonio Guterres has appealed to nations to pay closer attention to the “horrifying global surge” in domestic violence complaints during the lockdown.

Our nation’s success at handling the pandemic depends not only on how many people we can save from COVID-19, but also how well we are able to responds to other vulnerabilities that the lockdown has exacerbated. Handling one crisis doesn’t absolve the government of its responsibility to respond to another.