Contradicting the earlier report, the state forensic laboratory has confirmed that the three-year-old was sexually assaulted. 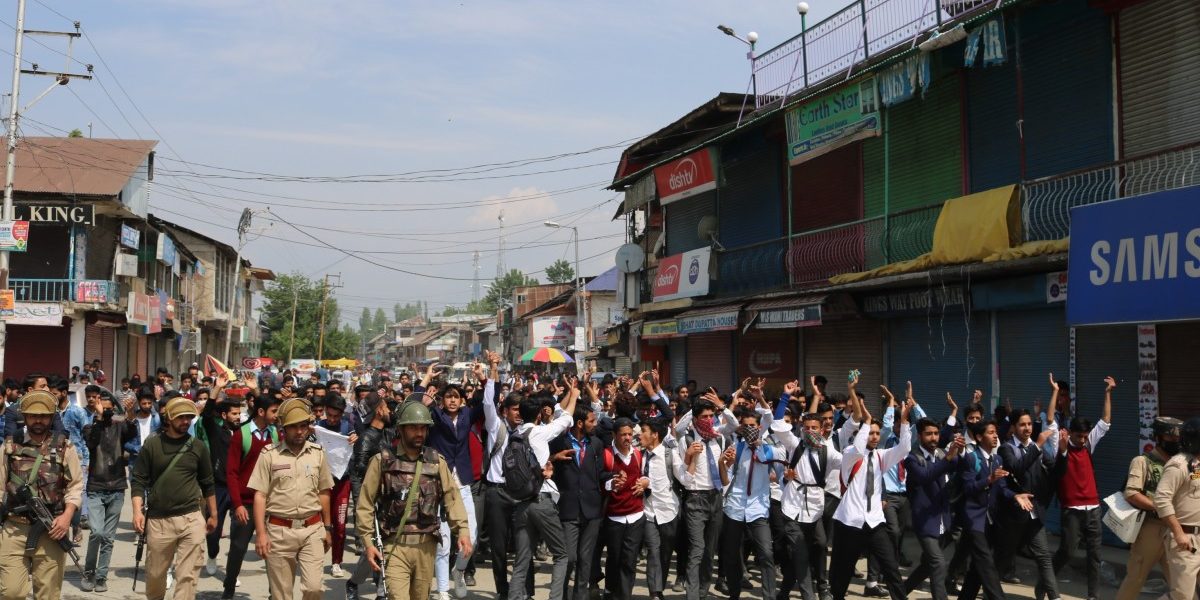 Across the Valley, people had poured out onto the streets, demanding strict action against the culprit and a speedy trial. Credit: Junaid Bhat 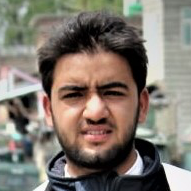 This story was updated on May 30 to include the medical report from the state forensics laboratory.

On the evening of May 12 in Kashmir’s Bandipora area, when the news about the alleged rape of three-year-old girl broke, locals took to the streets in protest.

On May 13, protests and clashes erupted across the Valley as people marched and demanded a death sentence for the accused. Dozens of youth were injured.

Also read: Bandipora: Anger on the Streets of Kashmir Over Rape of 3-Year-Old

However, two weeks after the incident, a medical report by SKIMS medical college, Bemina, found insufficient evidence to confirm that the child was sexual assaulted.

SKIMS, in its report submitted to Jammu and Kashmir police, has stated that there were no marks of injury on any part of the body, thus contradicting the claims of the girl’s mother.

A photo of the SKIMS report.

“The blood stains were not dry blood but faint stains only and could not be scraped and sent for examinations,” the report reads. “It is very difficult to cause full penetration into the vagina without causing any major injury/ tear/bleeding in a three-year-old child.”

But in a new development, the state forensic laboratory, part of the investigating team, has rubbished the claims of the SKIMS report and, based on DNA profiling, has confirmed that the three-year-old was sexually assaulted.

Last week, the police said that the allegations of rape in the case had been proven and that a chargesheet would be filed soon.

The accused, Tahir Mir, has already been booked under Protection of Children from Sexual Offences (POCSO) Section 3 and 5 and 376 A, B and 342 RPC.

A tale of two reports

The highly confidential report by the state forensic laboratory, which has been submitted Jammu and Kashmir police, mentions that as many as 11 samples were taken in total from both the victim and the accused for examination. Of these 11, only six could be examined as the rest did not yield amplifiable DNA.

However, the remaining one sample, labeled L, suggested that it was a mixture of the two sources. One of the contributors in sample L belonged to a male and the other one to a female, thus substantiating the evidence of the assault.

Furthermore, to confirm the assault, the state forensic laboratory tried to match the female contributor of sample L with that of three inter-matching samples of the victim. This also matched, and when they tried to match the male component of sample L, the match confirmed that the accused Tahir Mir has not been wrongly accused.

According to sources within SKIMS, since the publication of the report, there has been judicial pressure on authorities at SKIMS to identify lapses in the investigation.

When The Wire tried to talk to Dr Shafa Deva, the medical superintendent at SKIMS, she said that she was herself unaware about the report. This is odd considering Deva’s signature is on the original report.

The rape accused, as per the victim’s family, allegedly committed the crime during iftar, when most of the villagers were at home or at the mosque.

The mother, who found her daughter bleeding vaginally in a bathroom, said that she had handed over the blood drenched clothes of the girl to the Jammu and Kashmir Police at the time when the accused was arrested.

The case has had a greater impact on the locals in the area, reportedly deepening the Shia Sunni divide, so much so that the family of the accused has left their village.

Since the allegation surfaced, the Shia-Sunni coordination committee of religious scholars also appealed to the people to maintain calm and end protests as “police had nabbed the culprit”.

As many as 12 people were injured in the massive protests. One person, Arshid Ahmad Dar, who was critically injured, later succumbed to his injuries at a Srinagar hospital.