Women said the society has created an environment in which culprits feel no guilt, but rape survivors are shamed. Jaipur: With an objective to spread awareness to end sexual offences against children and women, the 10,000 kilometre march across 200 districts of 24 states in India, called the ‘Garima Yatra’ or ‘Dignity March’, comprising thousands of rape and sexual violence survivors, on Sunday arrived in Jaipur after visiting Chittorgarh, Bhilwara and Kishangarh.

Rape survivors across the country shared their stories and welcomed the march for providing a platform to open up about the trauma they have been combating for years.

Bhanwari Devi, a rape survivor from Bhateri village in Rajasthan’s Bassi whose public complaint led to the formation of Vishakha guidelines to deal with sexual harassment in the workplace, also participated in the march. Devi was gang-raped by upper-caste men in 1992 for trying to prevent the child marriage of the daughter of one of the accused. “It feels great to see that today, so many girls are moving out of their homes for education and work. During my time, only a few girls had the privilege to attain education,” she said. Survivors said victim shaming is an excuse for rape. Mamta, a rape survivor from Madhya Pradesh said, “We are told that rape is committed mostly on rural women because they are not educated, but rape cases are happening with educated women in the cities too. We are told that the way we dress is an invitation for rape, but even an a one-year-old girl child is also being raped. These are just excuses to protect the criminals.”

Lalitha, a rape survivor from Betul in Madhya Pradesh, said she was not comfortable to speak about what happened to her until she met several others like her, who are fighting against the stigma of being a rape victim. Now, she feels no shame in admitting that she was raped. “After I was rescued, my family insisted on mentioning in the FIR that I was ‘lost’, not sold and raped. Somewhere, it made me believe that I was wrong to leave my home in search of work. The culprit who raped was not made to feel like he committed a crime. Today, I feel no shame in admitting on a stage that I was raped.”

Also Read: Why Sexual Assault Is Among the Most Traumatic Experiences Women Can Face

Relatives of a 12-year-old victim from Lakhanwas village in Churu, who was raped by her school teacher, also shared her story. After the case against the accused was registered, a counter rape FIR was filed against the family of the victim by the accused, patronised by his brother, who is an Indian Revenue Services officer. “The victim’s family is so poor that they can’t afford to carry on the case anymore. The incident had a devastating effect on the girl; she don’t speak with anyone and has stopped going to school,” said her relative.

The station house officer (SHO) even asked the victim to “settle the matter” with the accused, despite a Supreme Court judgment stating that under no circumstances a rape case can be compromised. The court observed, “These are crimes against the body of a woman which is her own temple. There cannot be a compromise or settlement as it would be against her honour which matters the most.” 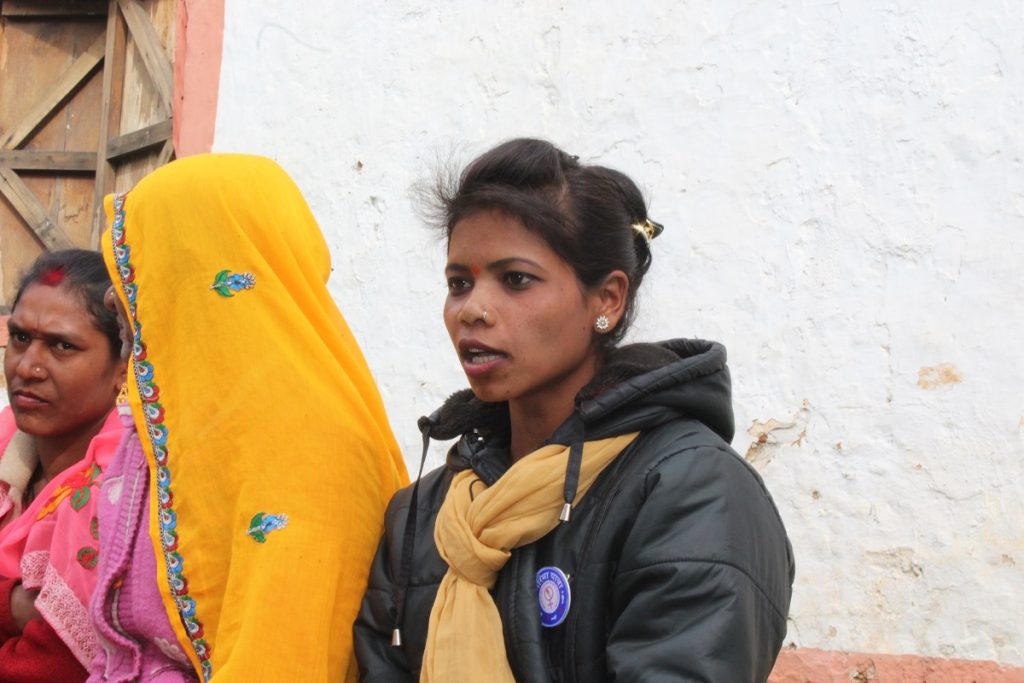 Lalitha says the event gives a platform for survivors to open up. Credit: Shruti Jain

Ashif Shaikh, convenor, Rashtriya Garima Abhiyan said, “It is unfortunate that victim shaming by society has created an atmosphere where victims hesitate to report the crime. Moreover, low conviction rate in cases of sexual violence further boosts offenders’ morale. This march is an appeal to the collective humanity of society to end victim shaming and create fear among the culprits that their crime won’t go unpunished.”

As per the latest National Crime Record Bureau report of 2016, of the total 15,379 victims trafficked in India, 58.7% were children. Most of these children are trafficked for commercial sexual exploitation.

Also Read: A Closer Look at Statistics on Sexual Violence in India

In Rajasthan, thousands of families are involved in caste-based commercial sexual exploitation. This is especially true in districts like  Ajmer, Bhilwara, Chittorgarh, Bharatpur, Karauli, Sawai Madhopur, Dholpur, Pratapgarh and Alwar. A majority of the exploited are minor girls. A song in support of the survivors was performed. Credit: Shruti Jain

Apart from the media and the organisers, only the female students from Sanganer government school attended the event. Class XI students Lakshika and Teena Kanwar found the event liberating, but felt their male counterparts and parents should have attended it too.

“We learnt a lot of things here, like repairing bicycles and how to maintain hygiene during periods. The women spoke how ‘wrong things’ [rape] happen with us and why we shouldn’t be blamed for them. But we think the male members of our society should have also been invited here. They need to be sensitised about the topic.”

Conceptualised and initiated by Rashtriya Garima Abhiyan, the sixty-five day march was flagged off in Mumbai on December 20 last year by over 5,000 survivors along with their family members and several prominent members of the society. It will culminate on February 22 in Delhi.