Paying salaries to women for housework can give women respect, recognition, dignity and empowerment. The question then is, who will pay for it? 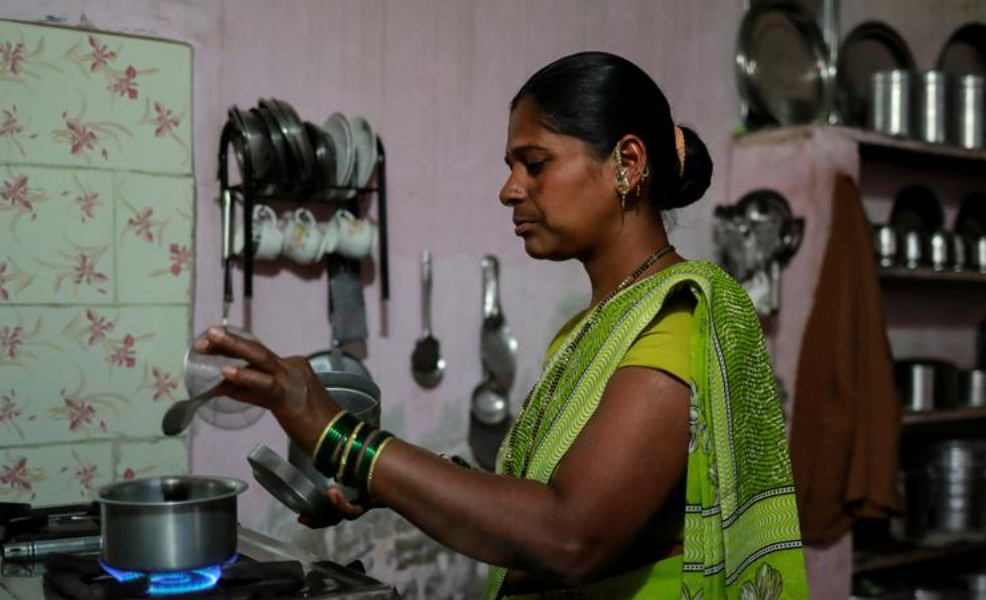 “They say it is love. We say it is unwaged work.”

I welcome @ikamalhaasan’s idea of recognising housework as a salaried profession, w/the state govt paying a monthly wage to homemakers. This will recognise & monetise the services of women homemakers in society, enhance their power& autonomy & create near-universal basic income.

Last December, Kamal Haasan promised a salary to homemakers, as part of his poll promises in his seven-point governance and economic agenda, if his party, Makkal Needhi Maiam (MNM), is voted to power in the 2021 Tamil Nadu assembly elections.

But, Kangana Ranaut opposed the idea, saying, “Don’t put a price tag on sex we have with our love, don’t pay us for mothering our own, we don’t need salary for being the Queens of our own little kingdom our home, stop seeing everything as business. Surrender to your woman she needs all of you not just your love/respect/salary.”

Tharoor responded, “I agree w/@KanganaTeam that there are so many things in a homemaker’s life that are beyond price. But this is not about those things: it’s about recognising the value of unpaid work & also ensuring a basic income to every woman. I’d like all Indian women to be as empowered as you!”

Don’t put a price tag on sex we have with our love, don’t pay us for mothering our own, we don’t need salary for being the Queens of our own little kingdom our home,stop seeing everything as business. Surrender to your woman she needs all of you not just your love/respect/salary. https://t.co/57PE8UBALM

MNM noted in their agenda, “The MNM government will take steps to realise Bharatiyaar’s dream of ‘Pudhumai penn’ through education, employment and entrepreneurship for women. Women will break through established glass ceilings by the equal opportunities provided to them by our MNM government. Homemakers will get their due recognition through payment for their work at home which hitherto has been unrecognised and unmonetised, thus raising the dignity of our womenfolk.”

A few weeks ago, a member of MNM sought the opinion of economists on this issue. This led to a flurry of articles in various dailies. Thus, the matter gained prominence, and not wanting to miss the bus, all the major parties in the fray for the Tamil Nadu Assembly elections in April 2021 are now stealing the thunder of Kamal Haasan by making payment of salaries to homemakers part of their election manifestos.

Also read: Women and the Burden of Unpaid Labour: What Is the Way Forward?

DMK chief M.K. Stalin announced on March 7 that if his party is voted to power, they would give Rs 1,000 per month to every homemaker in the state. Kamal Haasan was quick to accuse the DMK of copying many of its promises in its election manifesto, including providing a monthly salary to homemakers.

Following DMK’s announcement, the very next day, on March 8, the chief minister of Tamil Nadu, E.K. Palaniswami, announced a monthly allowance of Rs 1,500 to homemakers as part of the AIADMK’s manifesto, saying that the DMK had got wind of it and announced it hurriedly a day earlier. Of course, Kamal Haasan’s party has not indicated how much they would pay the homemakers. Moreover, it is not clear at this stage how these parties are proposing to source the funds needed for this and other freebies they are promising in their manifestos.

Thus, the battle lines seem clearly drawn on this issue. According to a recent government economic survey, 60% of women in the “productive age group” of 15 to 59 were engaged in full-time housework. Note that nearly 84% of women’s working hours are spent on activities they do not get paid for, while the reverse is true for men – 80% of their work time is spent on paid work. These gender disparities begin early. The average boy spends more time on leisure and learning than his sisters, while the average girl spends more time on household work than her brothers. Boys participate less in regular household chores, such as cooking, cleaning and washing.

A typical woman’s day starts at about 5 am and ends after 9 pm. Thus, women have little time for themselves. It is estimated that the value of women’s unpaid household work amounts to nearly 40% of India’s current GDP (globally, it is 13% of the economy).

Although the Indian constitution grants men and women equal rights, a strong patriarchal system shapes the lives of women with traditions going back many millennia. Manusmriti, compiled around 200 BC, lays down how a woman’s life is to be regulated: “In childhood, a female is subject to her father, in her youth to her husband, and when her ‘lord’ is dead then to her sons.” Parents see daughters as liabilities and make them feel inferior to their brothers.

Also read: The Laws of Manu and What They Would Mean for Citizens of the Hindu Rashtra

It is rather ironic that the Census of India classifies as “non-workers” all household workers — all those attending to household chores like cooking, cleaning of utensils, looking after children, fetching water and collecting firewood. Hence, over 400 million women in India, nearly 65% of all females, constitute nearly 75% of those listed as non-workers in India. This categorisation has negative consequences in policies and programmes aimed at women.

Recently, the Supreme Court of India, in a motor accident claim case, observed, “The sheer amount of time and effort that is dedicated to household work by individuals, who are more likely to be women than men, is not surprising when one considers the plethora of activities a housemaker undertakes … A housemaker often prepares food for the entire family, manages the procurement of groceries and other household shopping needs, cleans and manages the house and its surroundings, undertakes decoration, repairs and maintenance work, looks after the needs of the children and any aged member of the household, manages budgets and so much more.”

“… In rural households, they often also assist in the sowing, harvesting and transplanting activities in the field, apart from tending cattle… However, despite all the above, the conception that housemakers do not ‘work’ or that they do not add economic value to the household is a problematic idea that has persisted for many years and must be overcome. … Fixing a notional income for a homemaker … is a step towards the constitutional vision of social equality and ensuring dignity of life to all individuals.”

Campaigns in support of wages for ‘housework’

In 1972, Selma James started the International Wages for Housework Campaign (IWFHC) in Manchester as a grassroots women’s network campaigning for recognition and payment for all caring work, in the home and outside. They wanted to change the situation of dependency of women, reverse the relations of power, and redistribute the wealth that they produced. Because the demand was for a wage ‘for housework,’ for any individual who performed it, and not a wage ‘for housewives,’ it was in a position to destabilise the socio-sexual division of labour. The “Statement of the International Feminist Collective” issued in 1972 in Italy, rejected a separation between unwaged work in the home and waged work in the factory, pronouncing housework as a critical terrain in the class struggle against capitalism.

Throughout the 80s and 90s, the IWFHC lobbied the United Nations Conferences on Women on unpaid work, and got the UN to pass resolutions that recognised the unwaged caring work that women do in the home, on the land and in the community. On March 8, 2000, women from over 60 countries around the world participated in the Global Women’s Strike (GWS). This strike was called for by the Wages for Housework Campaign, demanding among other things, “Payment for all caring work – in wages, pensions, land and other resources.”

In a 2018 interview to the Boston Review, Silvia Federici noted, “The politics of wages for housework was shaped by women who had an understanding of capitalism, imperialism and the anti-colonial struggle. Thus we could not accept that women’s liberation could be a struggle for ‘equality with men’ or that it could be limited to equal pay for equal work. We saw that in the same way as the racialisation of Black men and women had served to justify slavery, so had gender-based discrimination served to exploit women as unpaid workers in the home.”

Thus, it is time we started valuing women’s household work. Paying salaries to women for housework can give women respect, recognition, dignity and empowerment. The question then is, who will pay for it? Can the government take on this additional burden? It is time we started working out the logistics to implement this idea whose time has come.

In fact, in 2012, the UPA government was seriously considering a proposal to make it mandatory for men to share a certain percentage of their income with their wives for doing household chores. Let us revisit that proposal. The feminist slogan of the 1970s – “The personal is political” – is coming to roost.

Samarender Reddy has a masters in economics from Johns Hopkins University.

Note: This article was edited on March 19, 2021 to remove a reference to Venezuela’s policy on paying homemakers. While the then president of Venezuela did announce such a policy in 2006, no universal income for homemakers has been implemented in the country.