'We have witnessed and reported on sexual harassment in different fields and the need for strong mechanisms for redress. As the spotlight turns on us, we welcome this and encourage more women to document their accounts without fear or inhibitions.' 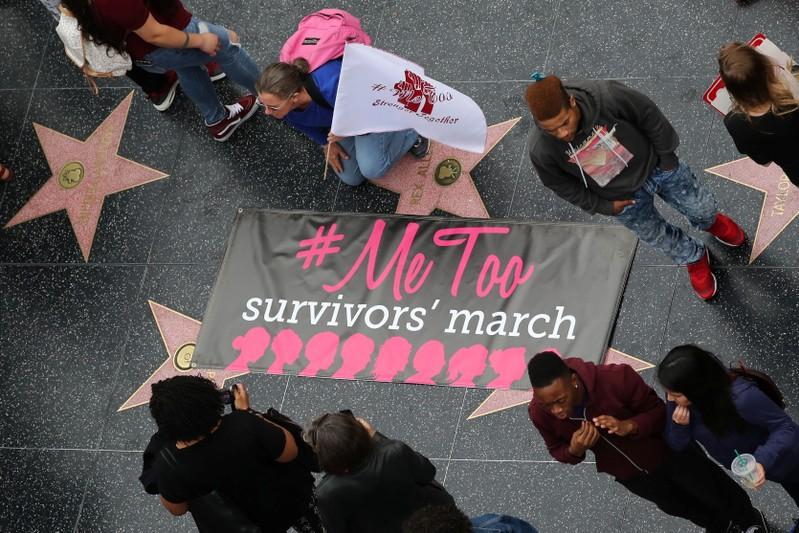 As more women media professionals come forward with their experiences of facing sexual harassment at the workplace, the Network of Women in Media in India (NWMI) expressed solidarity and called it a “watershed moment” for journalism.

“We have witnessed and reported on sexual harassment in different fields and the need for strong mechanisms for redress. As the spotlight turns on us, we welcome this and encourage more women to document their accounts without fear or inhibitions,” NWMI said.

The collective said it was “extremely disturbed to read accounts where accused in multiple cases of harassment enjoy impunity and continue to work in newsrooms unchecked”. Several journalists have accused their employers of either not taking their complaints seriously or being labelled as troublesome, an attitude similar to Tanushree Dutta’s treatment after she said she was harassed by Nana Patekar.

“We strongly condemn the rampant sexism and misogyny in Indian newsrooms that not only allows sexual harassment to go unchecked but also promotes a culture of silence, victim blaming and moral policing,” the statement reads.

The collective would be available to provide support to survivors who want to speak up and to support or strengthen internal investigation committees, NWMI said, encouraging survivors to contact them at editors@nwmindia.org.

NWMI put forth several demands, which have been reproduced in full below.

1. All media organisations, including journalism colleges and departments, journalist unions and press clubs, must take suo moto cognisance of the accounts of survivors, institute inquiries and take appropriate action.

2. All media organisations and journalism colleges must have policies to prevent sexual harassment at the workplace and set up properly constituted Internal Committees (IC) in keeping with mandatory requirements of The Sexual Harassment of Women at Workplace (Prevention, Prohibition and Redressal) Act, 2013, with every member trained to handle complaints. All ICs must be headed by a woman, half the members must be women, and the ICs must have one impartial external woman expert in law or women’s rights. IC members must be accessible and empathetic to complaints and inquire into them in a time-bound manner, and managements must take prompt action based on the recommendations of the IC. The process for initiating a complaint also needs to be made known widely.

The consequences of sexual harassment must be clearly outlined in job contracts and code of conduct manuals.

4. Given the nature of journalism itself, ICs and employers must be sensitised to take up complaints that arise out of employment that includes being in the field and interacting with a wide range of sources. Editors must ensure that stories are not privileged over the safety of their staff.

5. In keeping with the SH Act, 2013, freelancers and stringers, who are among the most vulnerable to sexual harassment, given their job insecurity must also be brought under the purview of anti-sexual harassment policies and the jurisdiction of Internal Committees of the media houses they contribute to.

NWMI is a collective of women media professionals in India.

6. All media organisations and journalism college must provide assistance to the complainant if she so chooses to file a complaint in relation to the offence under the Indian Penal Code or any other law for the time being in force;

7. All media organisations and journalism colleges must have policies for gender mainstreaming and also conduct gender sensitisation workshops at least twice a year in order to promote an atmosphere of gender equality and equity.

8. All media organisations and journalism colleges should provide professional counselling to both survivors and those accused of sexual harassment.

9. The allegations that have surfaced so far also merit journalistic follow-up. Instead of burying the story, big media/legacy organisations should follow up these stories in terms of reports with due diligence. The media must shine the light on ourselves in order to break the entrenched impunity for perpetrators of sexual harassment at the workplace.