India Hires Female Pilots Much Above the Global Average

India has the highest proportion of female commercial pilots in the world at 12%, which is twice as high as in most Western countries, including the United States and Australia. 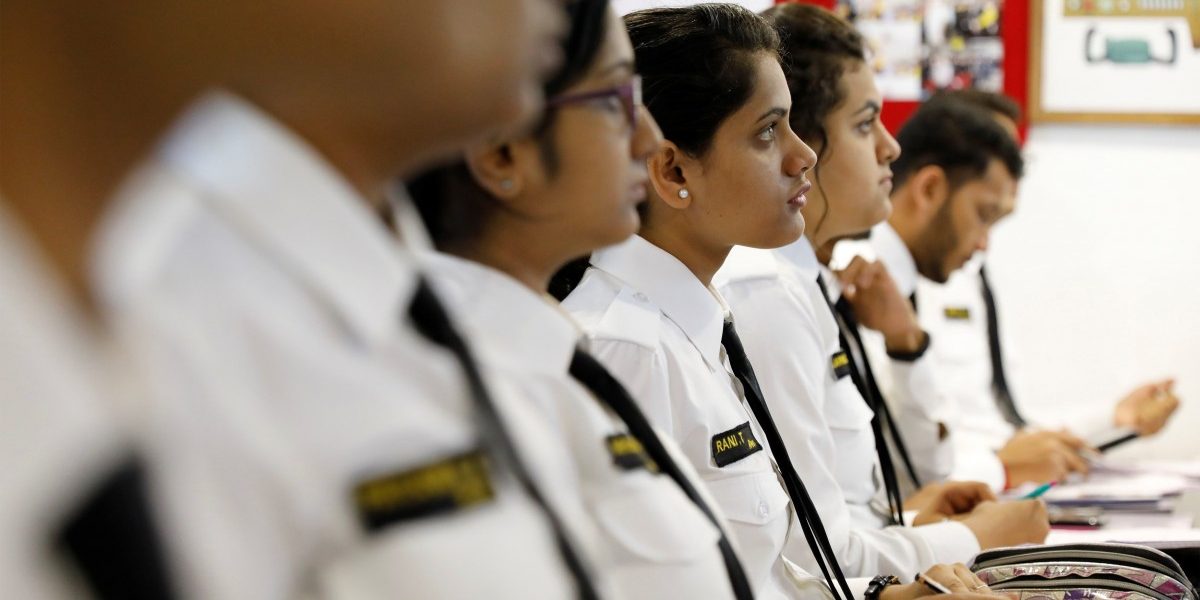 New Delhi: When Shweta Singh wanted to become a pilot in India 20 years ago, she had to first persuade her parents to let her pick an uncommon profession for women, then deal with unwelcoming male colleagues in the cockpit.

Today, she says, it would be a much easier career to embrace. More Indian women want to become pilots, and more benefits await them: union-mandated equal pay, a safe workplace, day care services and a booming aviation sector.

India has the highest proportion of female commercial pilots in the world at 12%, despite the country’s patriarchal society, which typically frowns on women in such jobs.

“It was difficult,” Singh said, recalling her early days of being a pilot. “It was a male-dominated area and not easy to break into.”

The percentage of female pilots in India is twice as high as in most Western countries, including the United States and Australia. Globally, less than 5% of pilots are women, according to the International Society of Women Airline Pilots.

Demand for pilots globally is surging. Planemaker Boeing Co estimates a need for 790,000 new pilots globally over the next 20 years, double the current workforce, as air travel rises.

India is the world’s fastest-growing aviation market, with domestic capacity growing 22% in the first half of the year, so airlines there are under particular pressure.

Recruiting more women is an obvious way to help solve the pilot shortage, but social constraints have worked against that, said Maria Bucur, a professor of history and gender studies at Indiana University.

“The training and stressful work needed to become and work as a pilot require choices of women that go against most of the gendered expectations our society has of them at that age: to have babies,” she said. 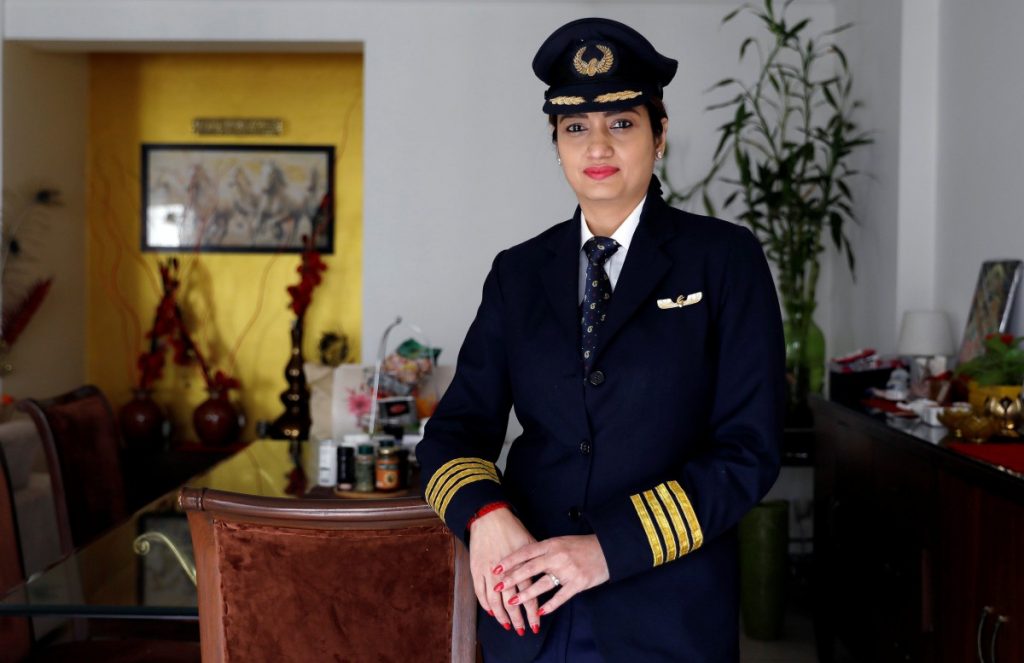 Shweta Singh, a Jet Airways pilot, poses for a picture inside her house in Gurugram, September 3, 2018. Credits: Reuters/Adnan Abidi

Because pilot pay is based on seniority and flying hours under union agreements, it is one of the rare professions in India where there is no gender pay gap.

The starting salary, including flying allowance, for pilots there is $25,000 to $47,000 a year depending on the airline and type of aircraft. That is similar to the starting salary for corporate lawyers or architects.

About 13% of the pilots at IndiGo, operated by InterGlobe Aviation Ltd, are women, up from 10% five years ago, the company said. Some of IndiGo’s 330 female pilots are also managers.

The company provides day care and says it offers pregnant women office duties and an allowance equivalent to what they would have earned flying, helping them “constructively stay engaged with the profession.”

At SpiceJet Ltd, 12% of pilots are women, including some department heads, and there is a mandate to grow that to 33% in the next three years, chairman Ajay Singh said this year at the Farnborough Airshow in Britain. The company also gives women a fixed monthly flying schedule.

Because everyday safety can be a concern for women in India, airlines offer a pick-up and drop-off service from 6 pm to 6 am. Women are accompanied by an armed guard – a practice introduced after a horrific rape in New Delhi in 2012.

“It is the safest job. Women are more protected here than in any other place,” Singh said.

A year after graduating from flight school in 2002, Rupinder Kaur struggled to find a job and wondered whether spending 2 million rupees to get her flying license had been the “biggest blunder” of her life.

It took a year, she said, but she finally landed a job at a regional airline, Air Deccan.

“In India it is generally a rat race, where you choose a profession based on what the majority of people are doing,” she said, adding that airlines should ensure women make up a certain percentage of their workforce, especially in piloting.

“It is still not that easy for us. We have to give our 200%,” she said, because women are expected to efficiently manage families and jobs.

The stakes are high for the country as a whole. Women contribute 18% to India’s gross domestic product, and only a quarter of India’s workforce is female, according to a report by consultant McKinsey.

In China, women contribute 41% of the country’s economy and make up nearly half the workforce.

Recruiting more women to work could help India boost its GDP by 18%, or $770 billion, over the usual annual growth, McKinsey said.

There are signs that the number of female pilots in India will keep rising.

At the Bombay Flying Club, which has courses for commercial pilots, the number of women in the classroom has grown to about 25% from less than 10%

five years ago, according to the institute’s principal and chief instructor, C. Kumar.

“The society is changing and there is more acceptance about working in the aviation sector,” Kumar said.