A mass mobilisation of women, the march saw 5,000 survivors, advocates and stakeholders journeying together for two months across 24 states of India. This was the vision of the ‘Garima Yatra’ or ‘Dignity March’ that took India by storm as women marched across the country, making their final stop in Delhi on February 22.

The march constituted part of the shifting public dialogue on sexual violence in India over recent years. The India #MeToo movement (a manifestation of the international #MeToo movement), as elsewhere around the globe, has seen waves of women coming forward with untold stories of sexual abuse, often at the hands of men in powerful positions.

Yet critics of the movement have called for the need for a deeper engagement with the root causes of sexual violence, and a move away from social media activism and into the public realm. 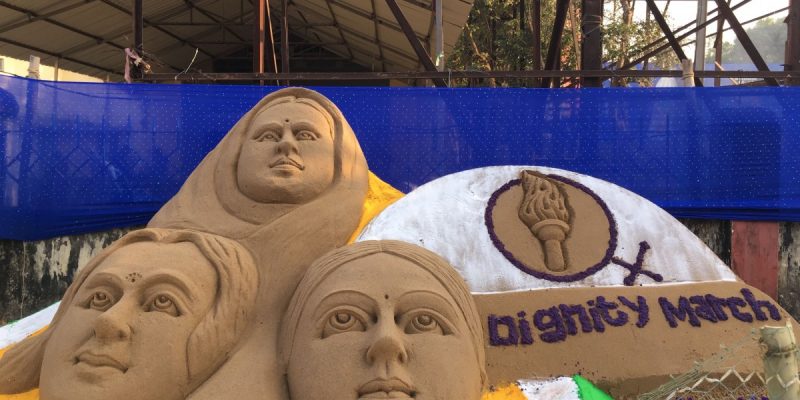 India is no stranger to public engagement and calls for action in the streets. Over recent years, high profile cases have sparked national protests demanding tougher laws around sexual violence and calls for justice, particularly for child victims.

Whilst high-profile cases trigger public outrage, they should not be viewed as isolated incidents perpetrated by monstrous individuals. They manifest from a culture in which male perpetrators face few repercussions and women and girls face life damaging shame and stigma. So what’s different about the Dignity March?

The pervasive, everydayness of the issue of sexual violence and the culture of victim blaming and shaming is what took sexual assault survivors on their aspiring 10,000 km journey.

Rashtriya Garima Abhiyaan, the organisers of the Dignity March, were motivated into action after a large scale study they conducted revealed 74% of women had experienced sexual violence in their lives (many when minors) and that 95% of cases of sexual violence were unreported. 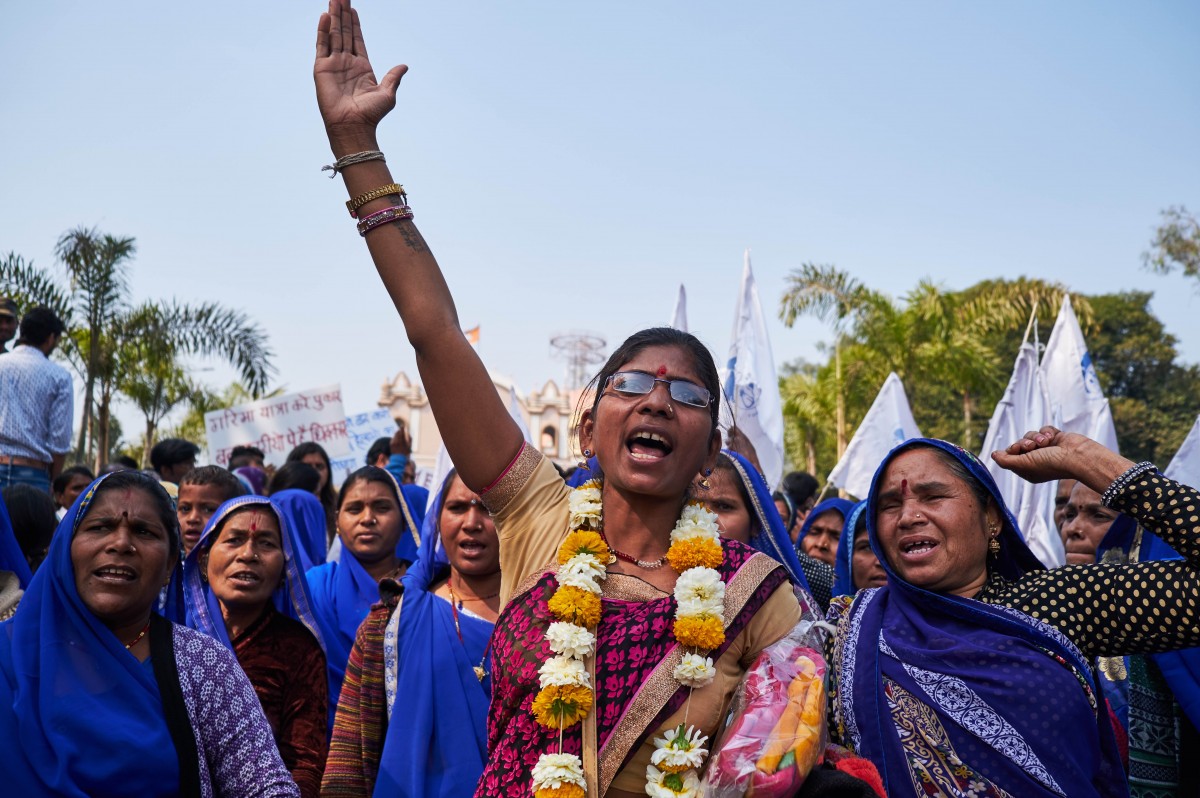 Thus, the Dignity March involved 5,000 survivors, advocates and stakeholders journeying together for two months across the 24 states of India. Along the way, survivors bravely took to stages in various cities and towns to openly address teeming crowds of men, women and children.

Women saw the event both as a platform where they could open up about their experiences without fear of being shamed, and as an opportunity to appeal to policy makers, stakeholders and authorities. Survivors, along with their families and other social actors created a survivor network to ensure the participation of their voices in policy making and the implementation of laws and guidelines relating to crimes of sexual violence. Women called for an end to the culture of victim blaming and shaming, that persists in both communities and criminal justice procedures. Specific cases were brought to light of the ‘two finger test’ being conducted on a rape victim despite the practice being banned. Women also spoke out about their experiences re-victimisation through invasive procedures by police and the criminal justice system, and how such practices and attitudes foster a culture of underreporting.

Their collective demonstration allowed for women to speak out about their experiences of sexual abuse in a supportive environment without shame. As well as high profile supporters such as Chitrangada Singh, Richa Chadha and Priyanka Gandhi Vadra, whom all lent their voices of support at various points in the march, many of the women taking part were women from rural Dalit and Adivasi communities – a sector of the population widely omitted from online activist movements such as #MeToo. The cross section of women from all corners of Indian society coming together to share common stories is one of the remarkable attributes of the Dignity March. 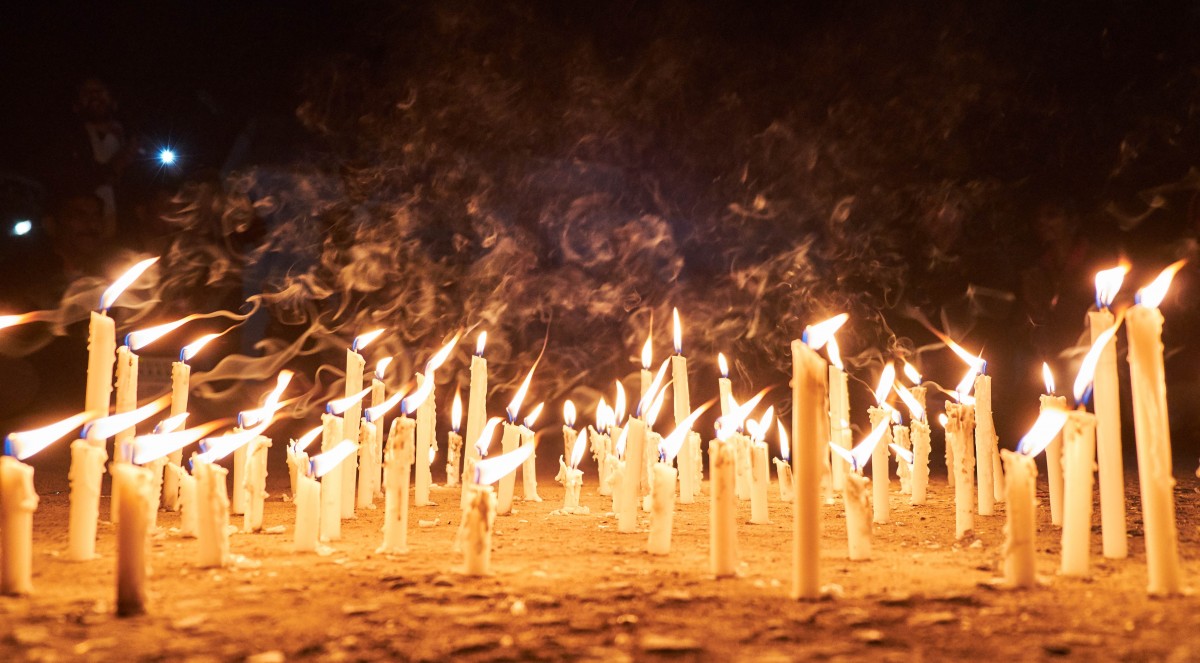 Whilst deemed a massive success and receiving international coverage, certain localised reactions have brought to light the dark undercurrents that pervade amongst particular communities. Marching for their minor daughter who was raped after incessant stalking, a couple returned to their village in Uttar Pradesh, where 30-40 community members (including their own relatives) violently assaulted the woman, her young daughters and her mother-in-law.

As parents of a rape survivor, the couple took to the streets and shared their daughters’ story in an act of radical defiance against their communities’ cultural norms of silence. The ensuing lynching was an attempt to inflict pain, shame and reinforce rigid local norms. 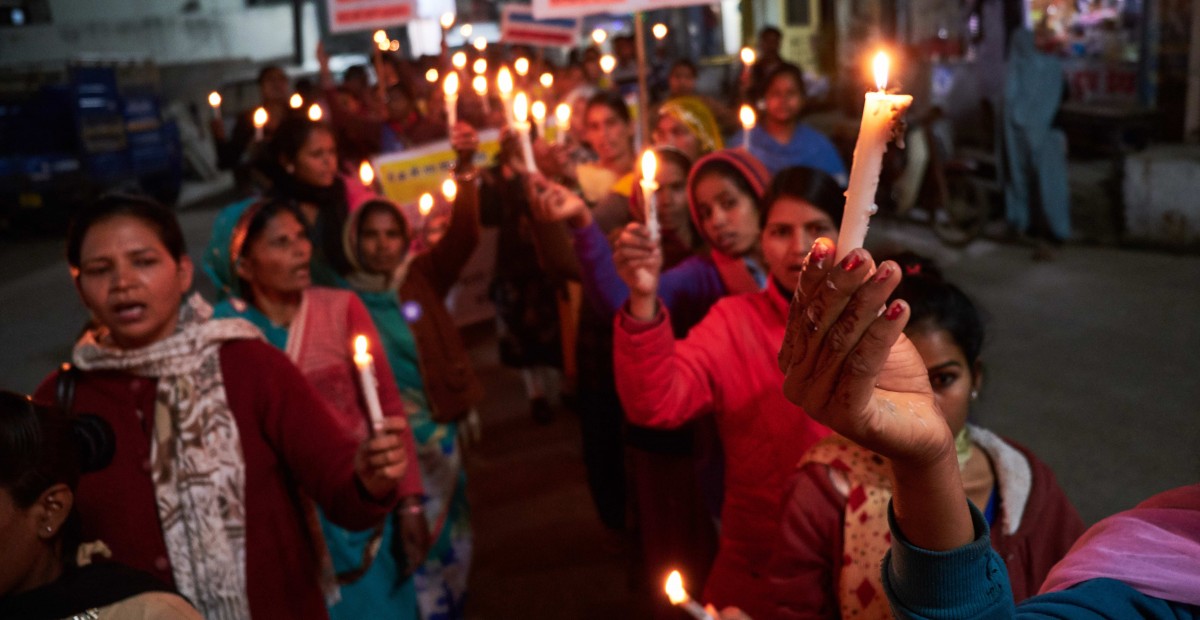 Indeed, the brutal reaction of the community and the lack of protection and action from authorities to respond brings out of the shadows the depth and deep-rooted nature of attitudes towards women, sexual violence and the risk of speaking out in public within these communities. In societies where patriarchal ideals have a strong hold on everyday life, women are still seen to belong in the domestic sphere, whilst the public realm belongs to men.

As evidenced by this attack, when women vocally participate in public life around particular issues, their morality is questioned and they risk being subjected to harassment and violence. Consequently, a culture of normalisation around the abuse of women and children lingers as offenders capitalise on this silence. 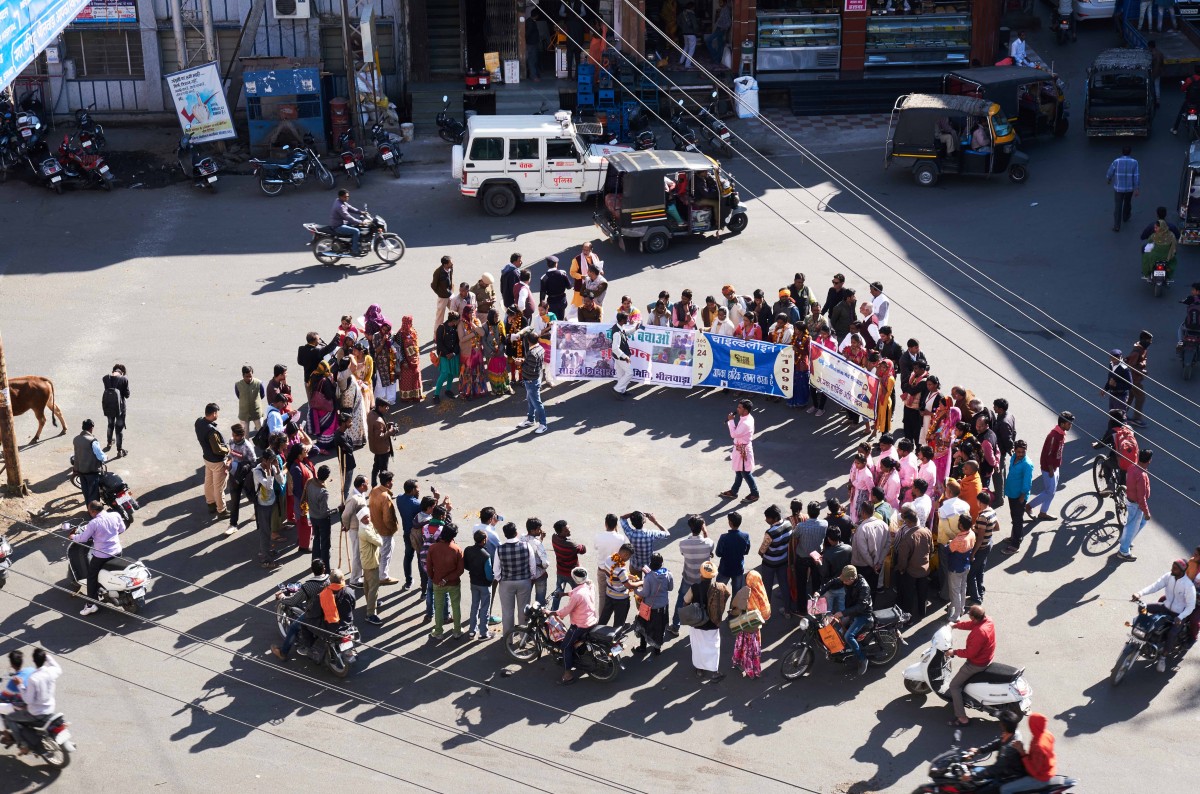 This mass mobilisation of women across India, and public marches around the world act as a bold claim to public space; both demanding the right to talk about sexual violence in public, and the right to be a woman in public without fear of male violence.

Sian Lewis and Rochin Chandra are presently at the Centre for Criminology and Public Policy.