When the peaceful protestors began to raise slogans, the police suddenly began to bundle them into vehicles, even using force. 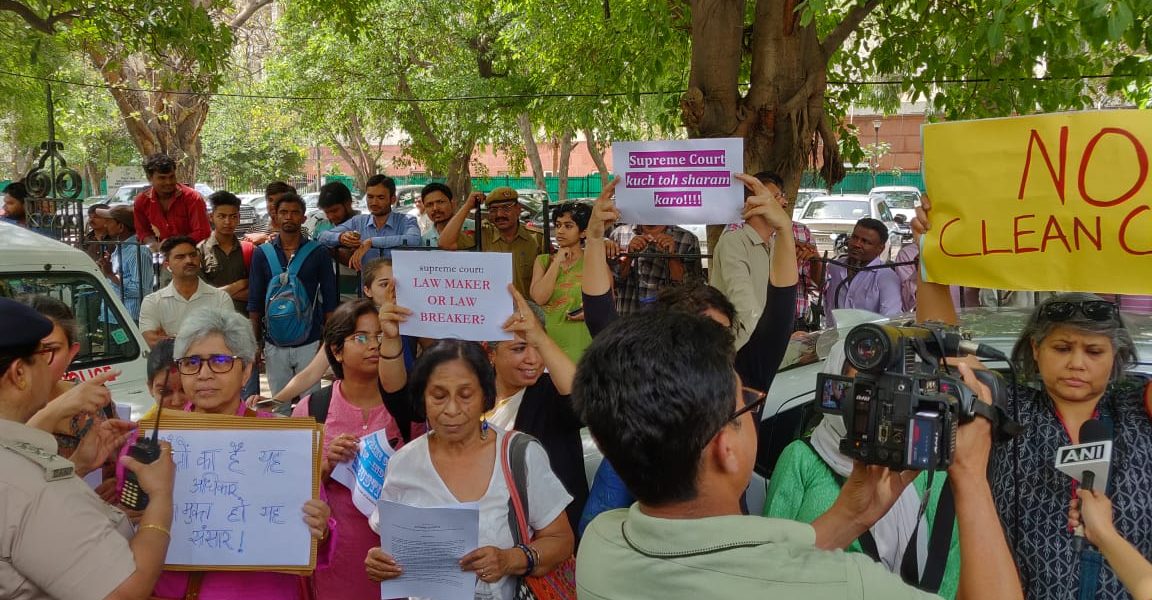 New Delhi: A day after the in-house panel of the Supreme Court said that there was “no substance” in the sexual harassment allegations against Chief Justice of India Ranjan Gogoi, a group of women collected outside the court to register their protest.

The proceedings of the in-house panel have been criticised as unfair, especially after the complainant withdrew from the inquiry citing a lack of sensitivity. After the panel released its decision on Monday evening, the woman said that her “worst fears have come true”.

When protestors arrived outside the Supreme Court on Tuesday morning, a large number of women police personnel and water cannons were waiting for them. When they were asked to move around citing traffic restrictions, the protestors complied.

When the peaceful protestors began to raise slogans, the police suddenly began to bundle them into vehicles, even using force. Section 144 has been imposed in the area.

Here are some images from the protest. 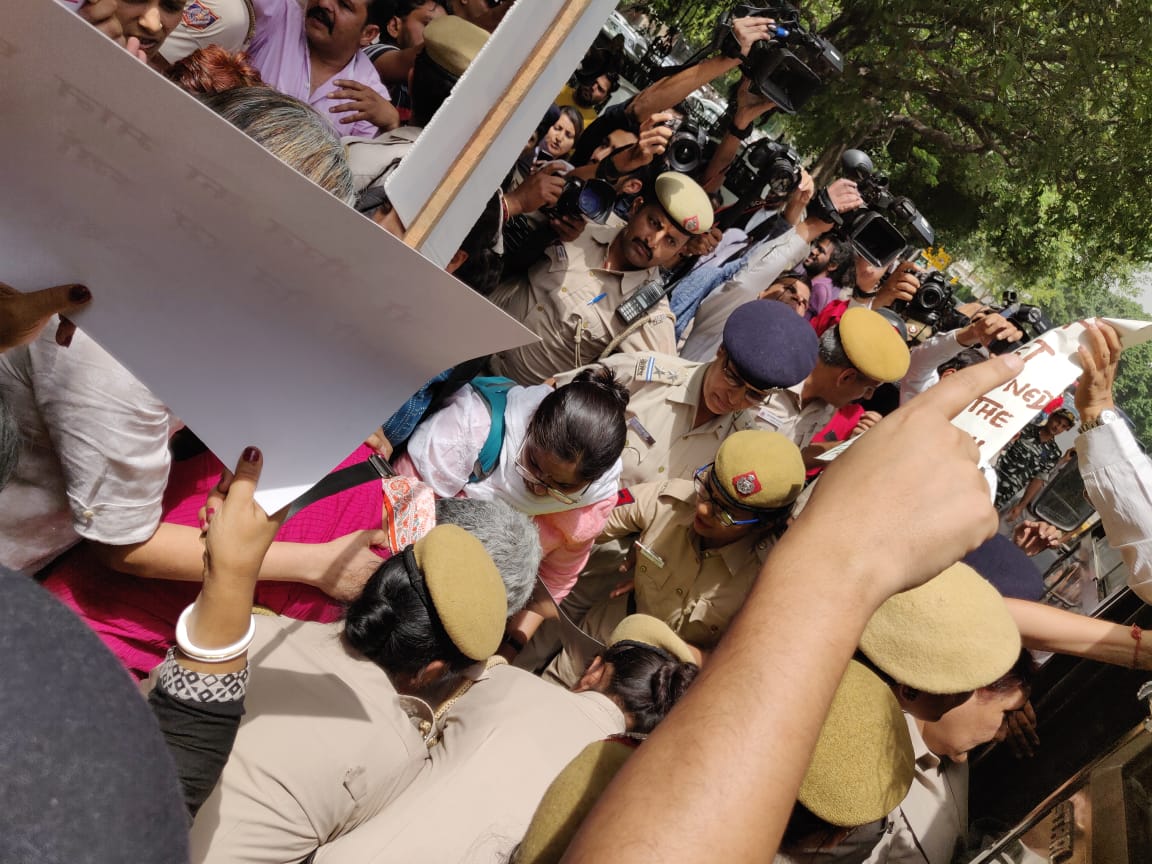 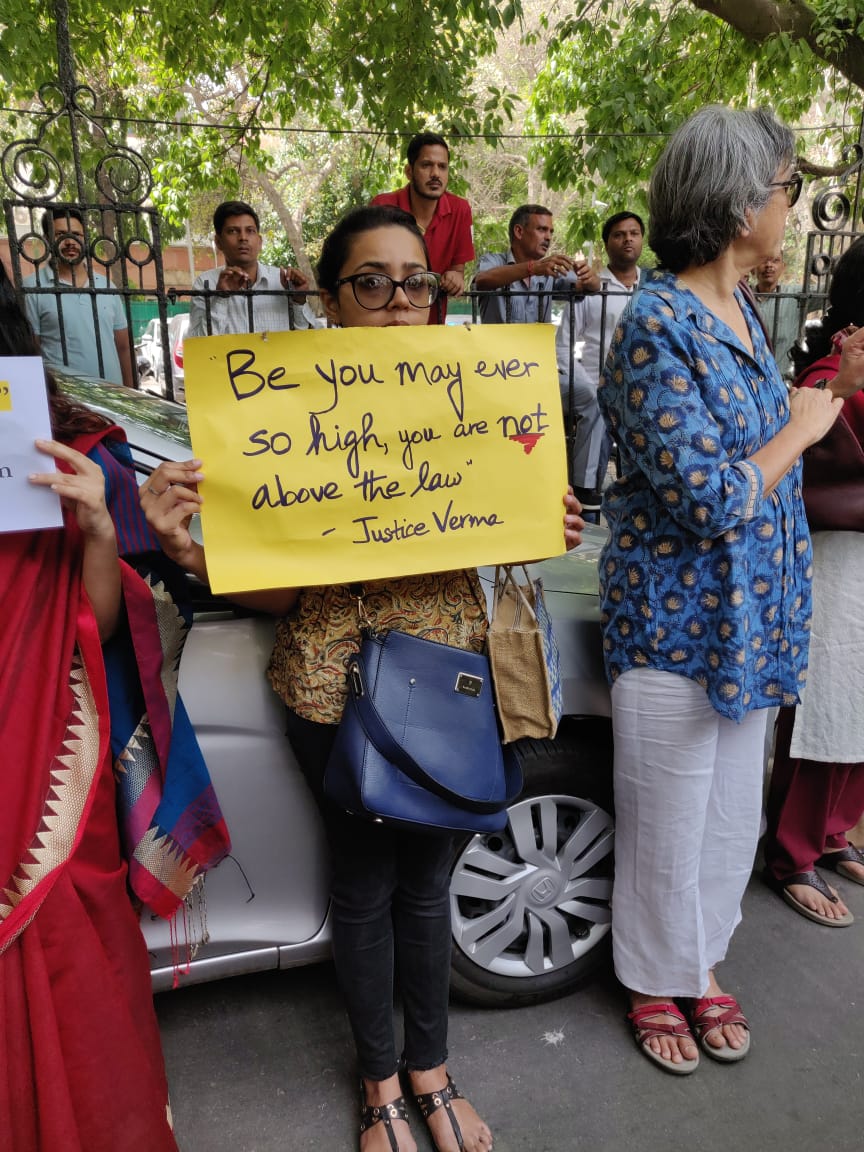 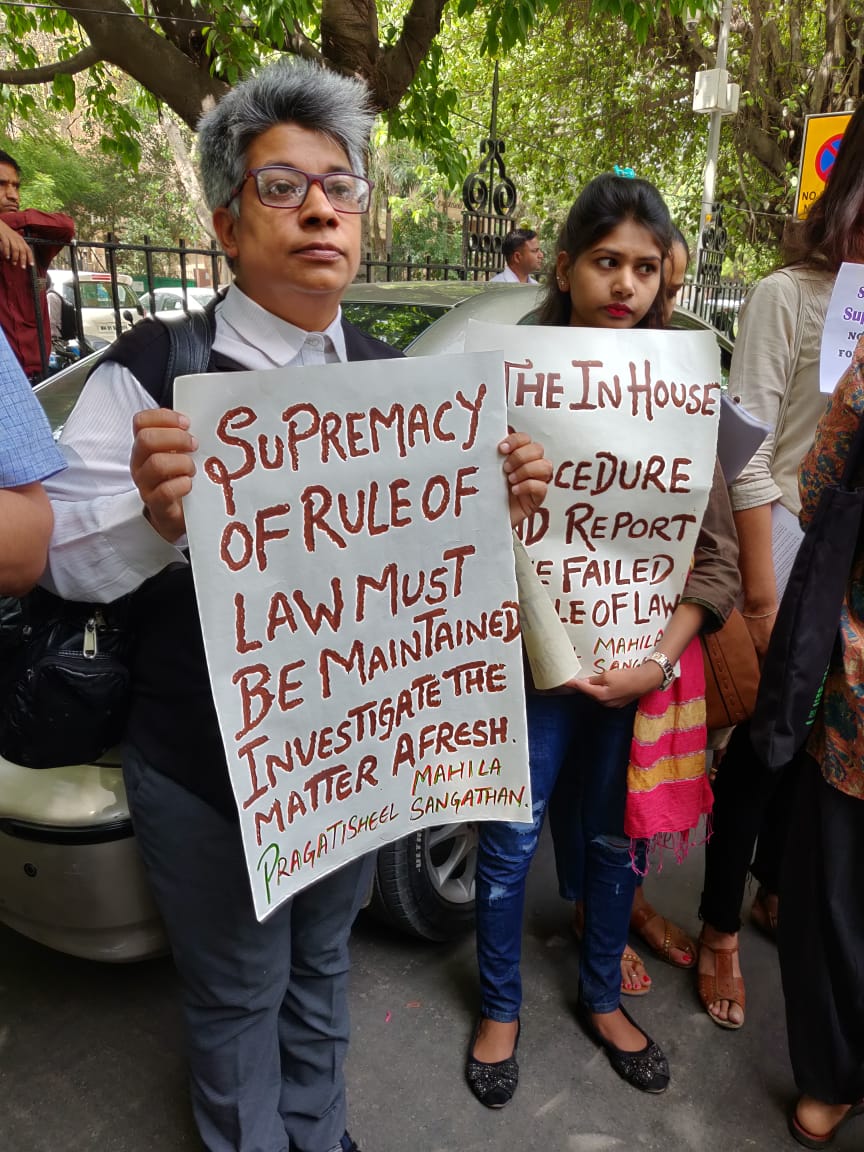 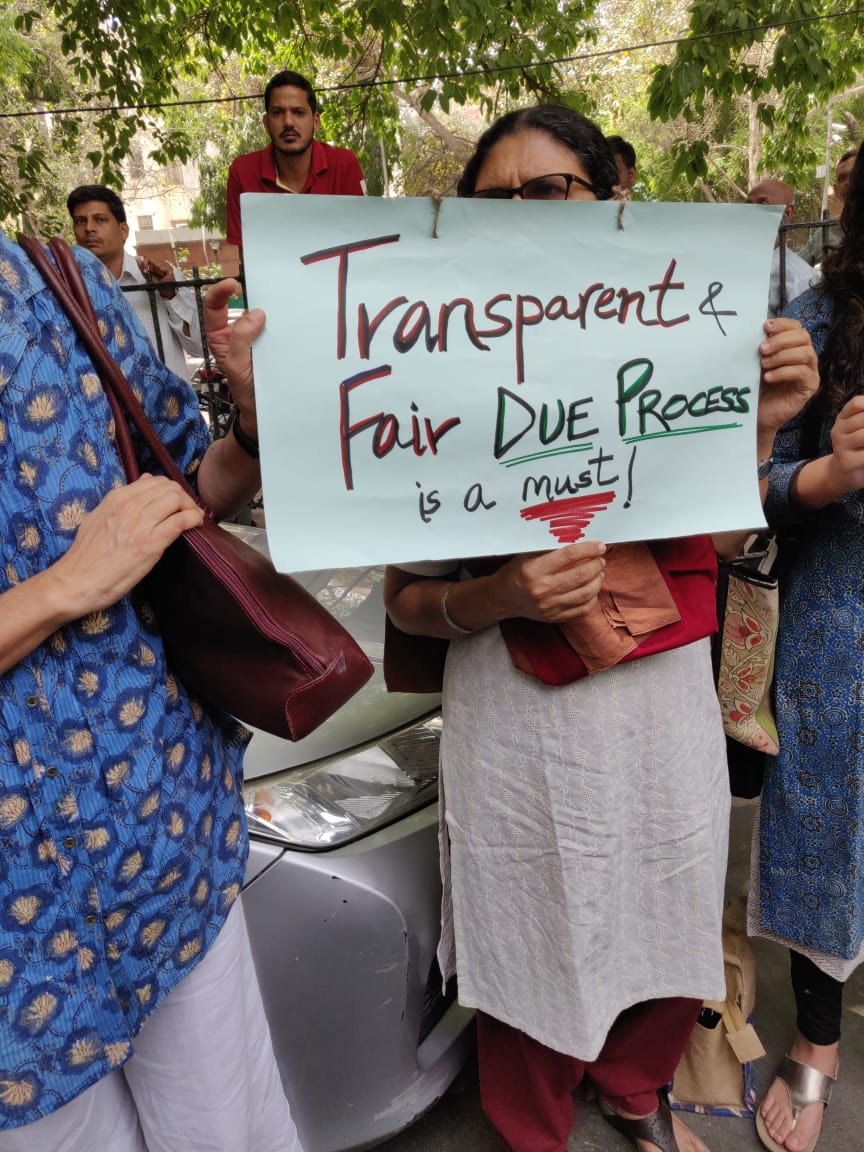 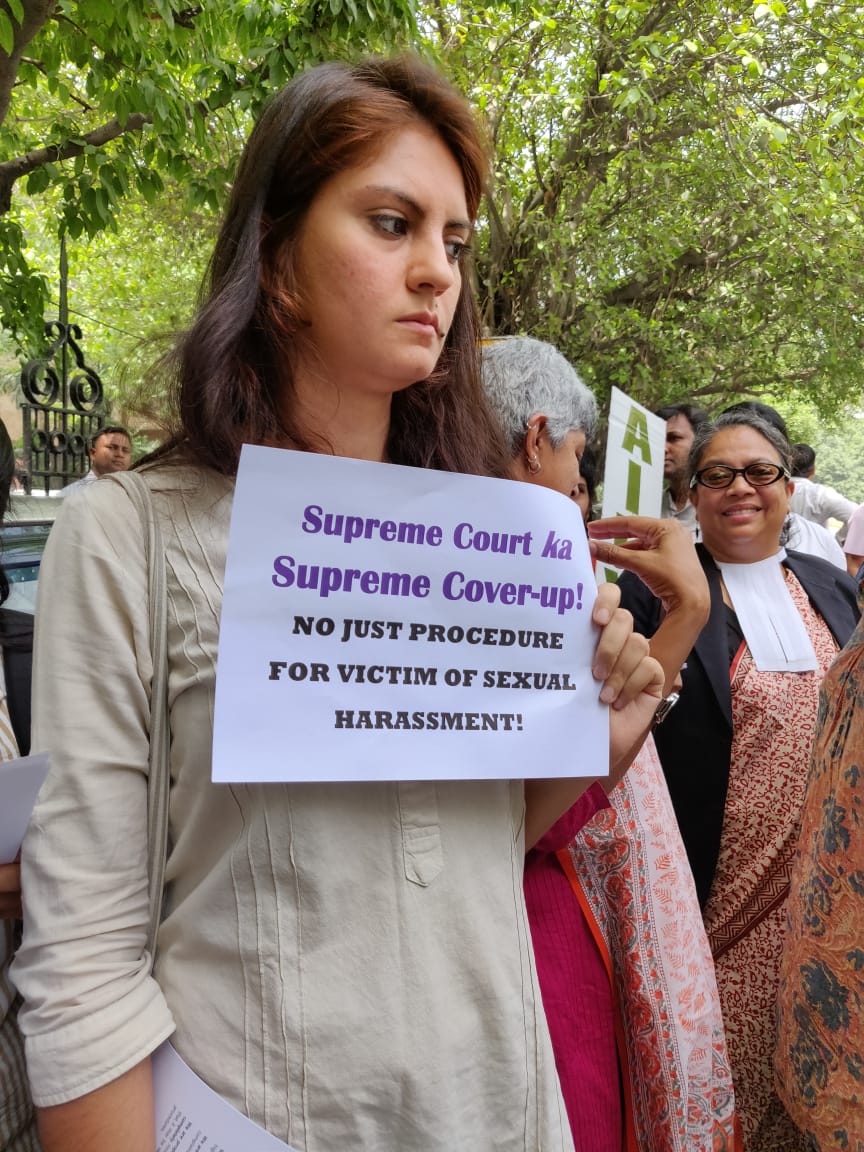